Today´s recipe for the Tuesdays with Julia group are “Best-Ever Brownies” by contributing baker Rick Katz. A chocolate brownie can be considered to be an American "invention", it is a flat, baked square or bar. It was developed in the United States at the end of the 19th century and popularized in both the U.S. and Canada during the first half of the 20th century. Brownies are a cross between a cake and a cookie in texture and they are either cakey or fudgy in texture. They only started to make an appearance in Europe a few years ago but since then have become hugely popular with children and adults alike. 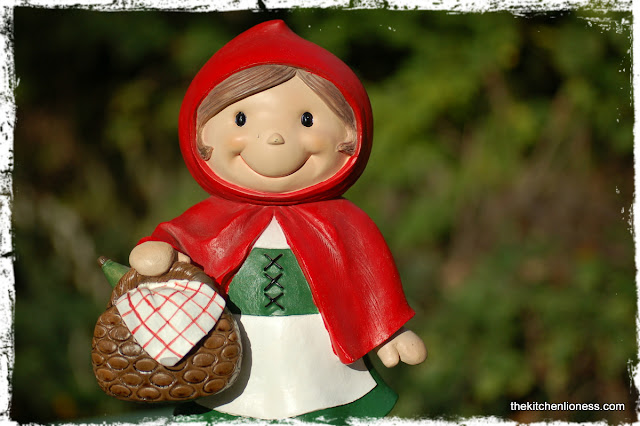 The ingredients for these brownies are few. There is, of course, the plain flour, fine salt, unsalted butter, white sugar, pure vanilla extract and fresh eggs but then there is also four ounces ( 113 grams) of unsweetened chocolate and two ounces (57 grams) of bittersweet chocolate. And, of course, you will use the best-quality chocolate that you can because it does make all the difference, the brownies will taste all the more decadent, the better the quality of the ingredients you use. 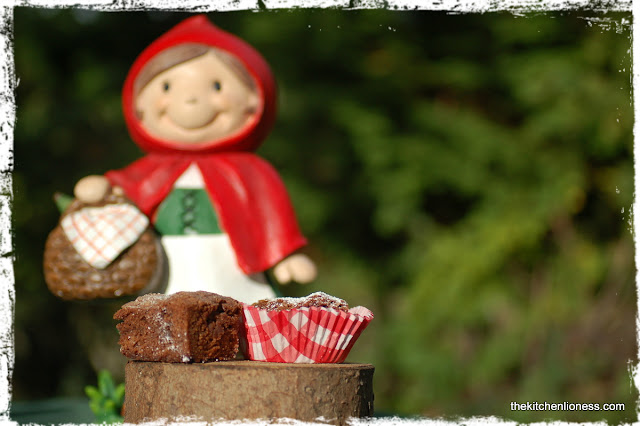 The preparation of these brownies is somewhat different from other brownie recipes. There is the usual melting of butter and chocolate to ensure a wonderful top “crust”. But half of the egg-sugar mixture is stirred into the melted chocolate and butter and the other half is whipped until it thickens and doubles in volume and is folded into the chocolate mixture very carefully before you can add the dry ingredients with a very light touch. 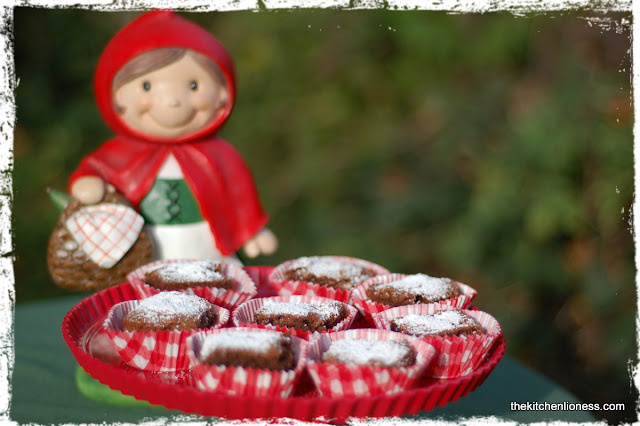 I made them exactly like written in the recipe but baked them a bit longer because they were still too moist in the center after 25 minutes. I kept testing with a wooden pick until I felt they were ready. This recipe is for fudgy brownies with a soft and chewy center. You do not want to overcook them so, unlike cakes, you do not want a skewer to come out all clean. The brownies should be slightly springy on the outside but still gooey in the middle. Allow to cool in the baking pan, then carefully transfer to a large chopping board and cut into chunky squares. It is seriously tempting to remove them when they are still warm but they are far too fragile to decant unless cold. 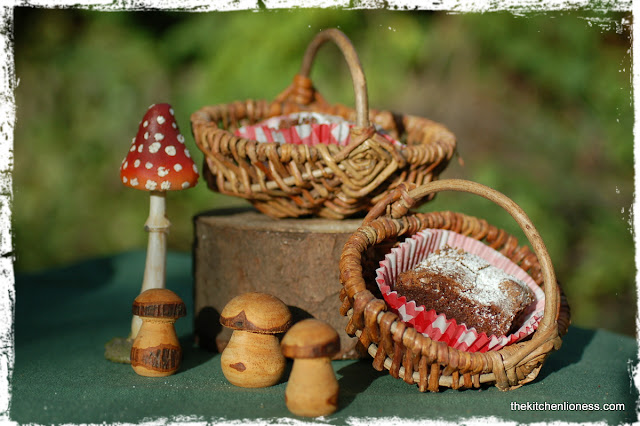 Since we had a birthday party planned at our house and the birthday girl had chosen “Little Red Riding Hood” as the party theme, I decided to bake these Best-Ever Brownies for the party. Keeping in mind the theme of the party,  I cut the brownies into small chunky squares and dusted them with some powdered sugar, I placed them in chequered red and white cupcake liners and put a few in tiny hand-woven baskets. The guests were delighted at the presentation!

The kids loved these brownies. They thought they were "excellent" -  chewy, very rich and and fudgy exactly what a brownie should be. 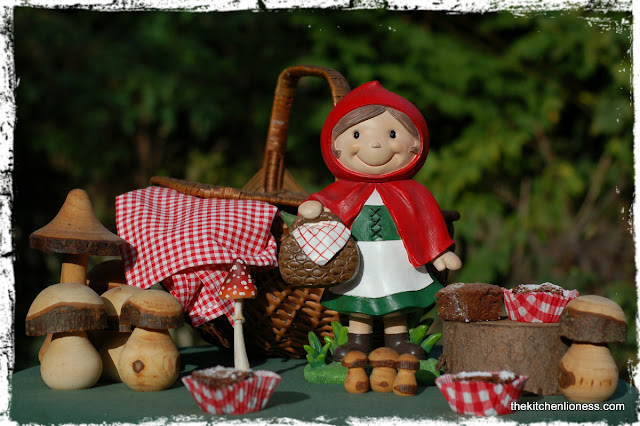 Although we have got so many variations on the classic chocolate brownie recipe - whether you like to add white chocolate, nuts, raspberries, cookies, marshmallows, dulce de leche or cheesecake swirls, or even chili or coarse salt, there is simply nothing quite like a fudgy, dense chocolate brownie.

So after tasting these, we are convinced that if only "Little Red Riding Hood" had known about these Best-Ever Brownies, she would have asked her mother to put them instead of a cake in her basket to bring to her grand-mother! 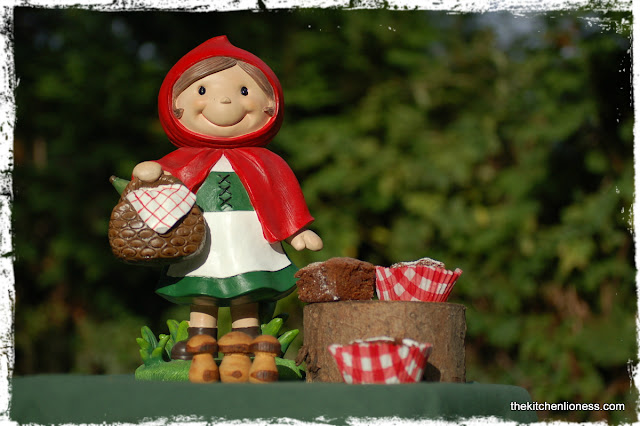 " I am Little Red Riding Hood and I am taking this cake to my Granny. She is alone at home and sick in bed." *


To see all the other Best-Ever Brownies by the talented members of the Tuesday with Dorie group, please do click here.

The recipe can be found at Monica´s delightful blog A Beautiful Mess - "Thank you" so much for hosting, Monica ! 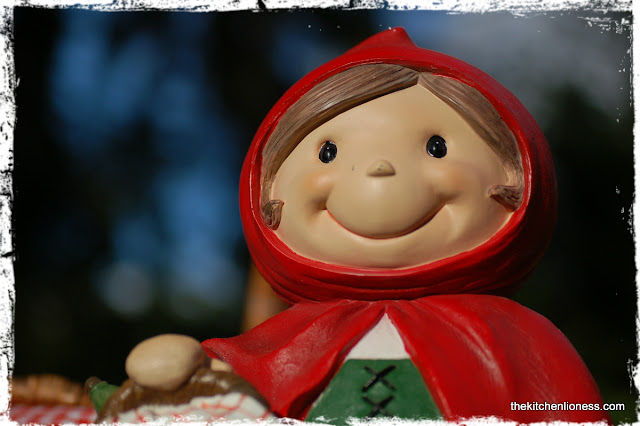 And a huge “Thank You” also to my favorite bookstore in town for letting me borrow "Little Red Riding Hood" for the Birthday Party and the photo session at our house! – "Vielen herzlichen Dank" an meinen Lieblings-Buchladen für das Ausleihen des Rotkäppchens vom Buchverlag “moses.”! 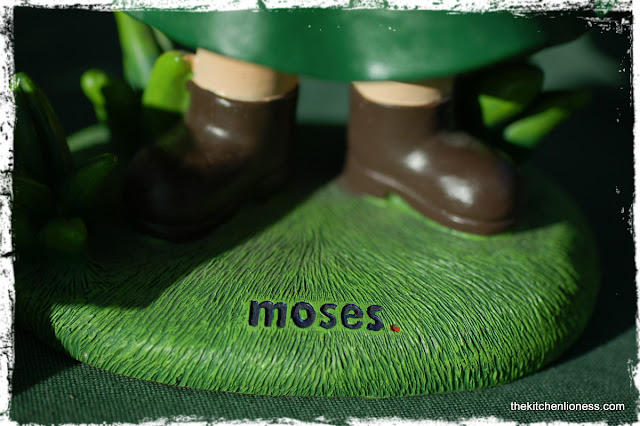 *Translated from the well-known fairy tale "Rotkäppchen" first published by the Grimm Brothers, Jakob and Wilhelm in 1812.