Maria Laach Abbey (Benediktinerabtei Maria Laach) is a Benedictine abbey situated on the shore of Lake Laach (Laacher See) in the Eifel region of the Rhineland-Palatinate (Rheinland-Pfalz) in western Germany. 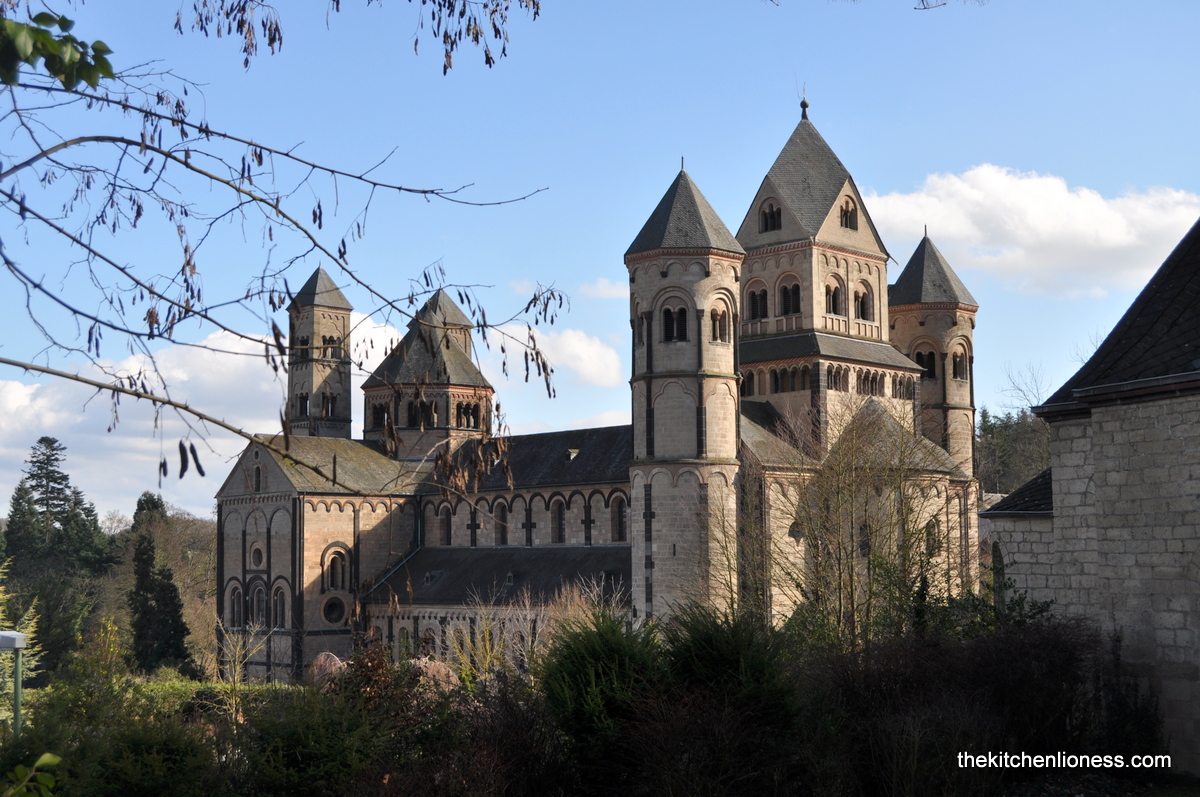 Founded in 1093 as a priory by the first Count Palatine of the Rhine, Heinrich II von Laach and his wife Adelheid von Orlamünde-Weimar.

Laach became an independent house in 1127, under its first abbot, Gilbert. The abbey developed as a center of study during the 12th century. The 13th-century abbots Albert (1199–1217) and Theoderich II (1256–1295) added significantly to the buildings and architectural decoration, including the monumental tomb of the founder.

Laach Abbey was dissolved in the secularisation of 1802. The premises became the property, first of the occupying French, and then in 1815 of the Prussian State.

In 1820 the buildings were acquired by the Society of Jesus, who established a place of study and scholarship here.

The Benedictines of the Beuronese Congregation moved into the monastery in 1892, and it was raised into an abbey the following year. The restoration of the church, at that time still the property of Prussia, was inaugurated by Kaiser Wilhelm II in 1897.

The abbey structure dates from between 1093 and 1177, with a paradisium added around 1225 and is considered a prime example of Romanesque architecture of the Staufen period. Despite its long construction time the well-preserved basilica with its six towers is considered to be one of the most beautiful Romanesque buildings in Germany.

Following are a few impressions from my most recent visit there. 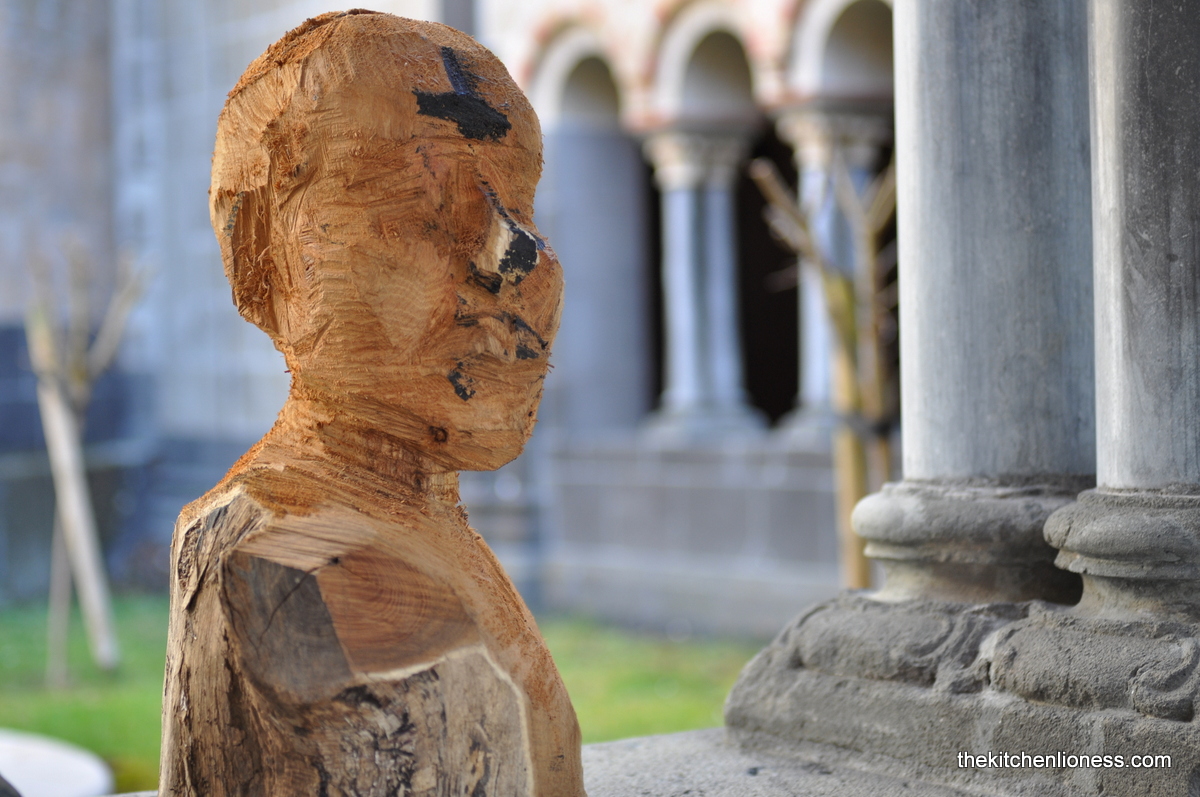 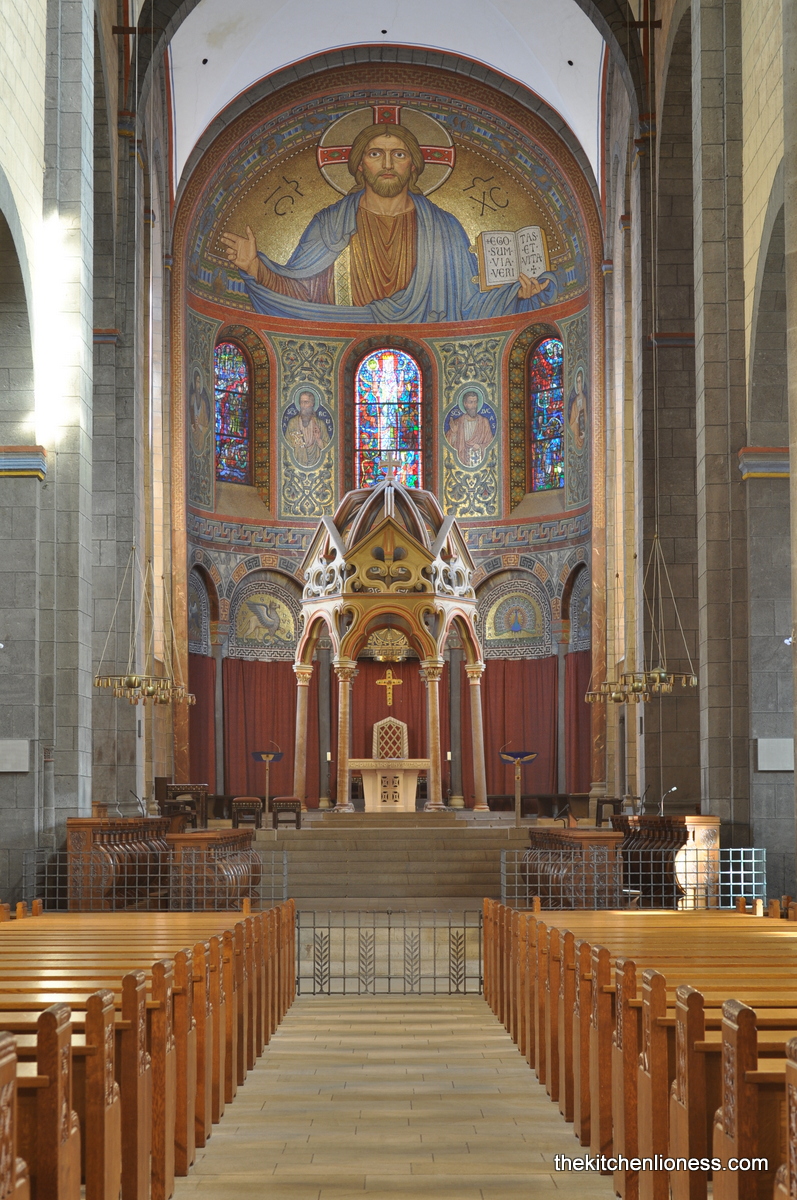 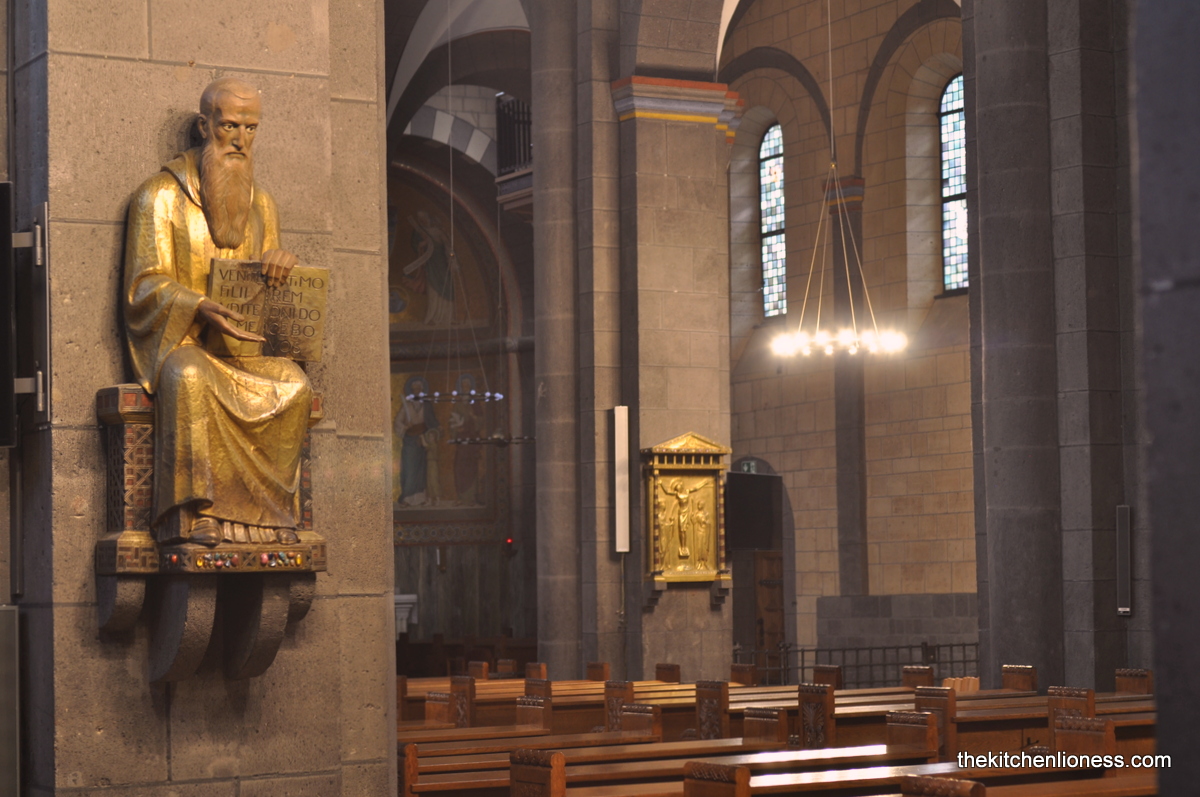 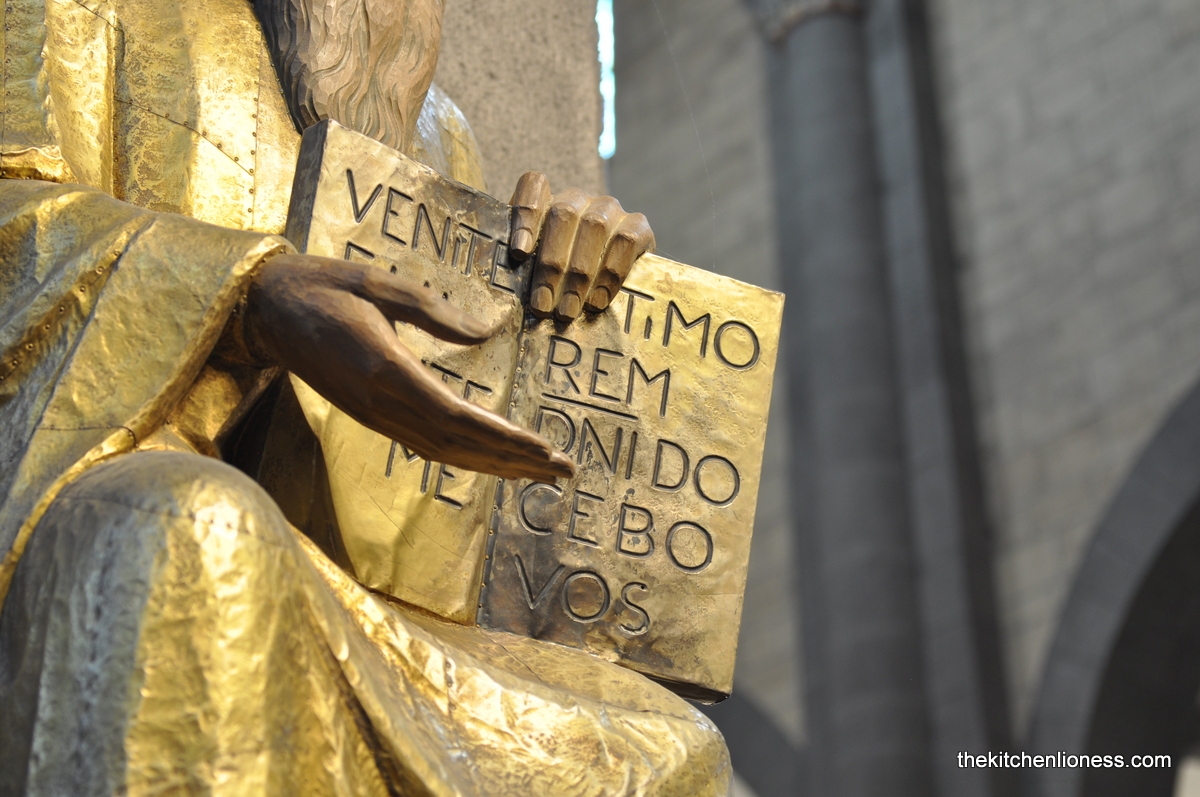 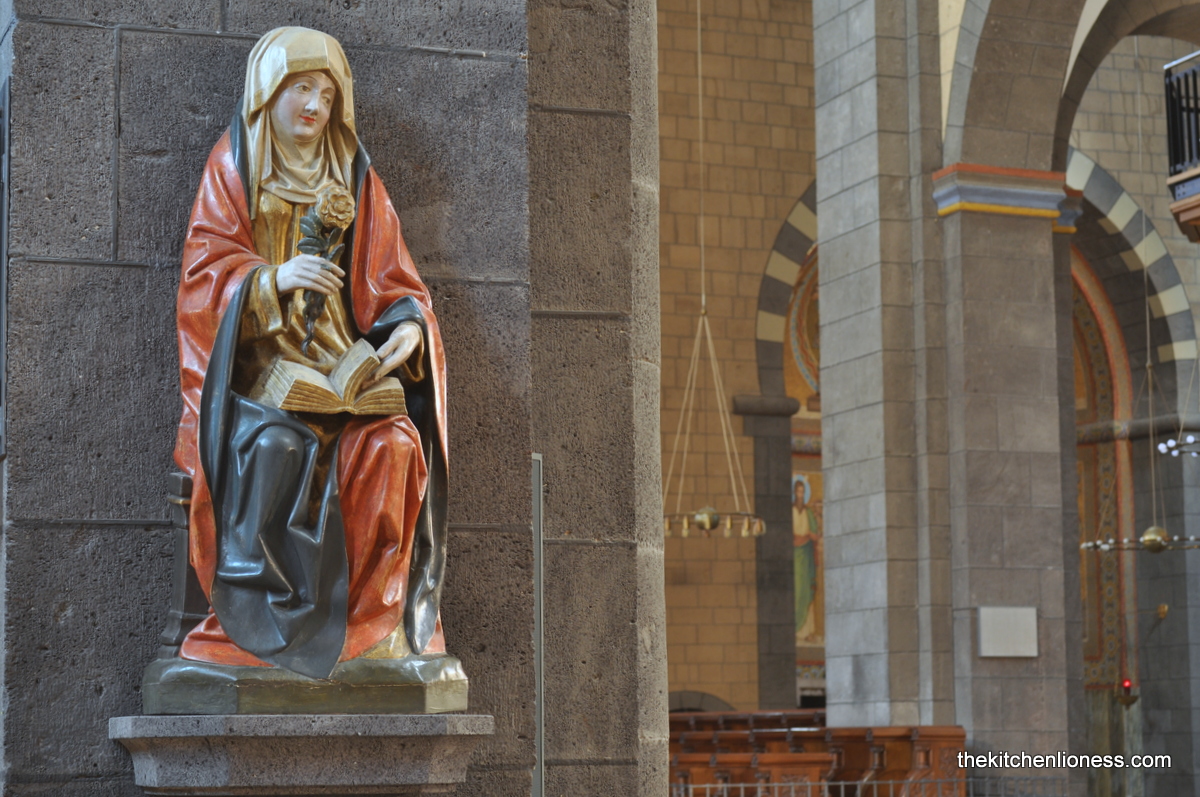 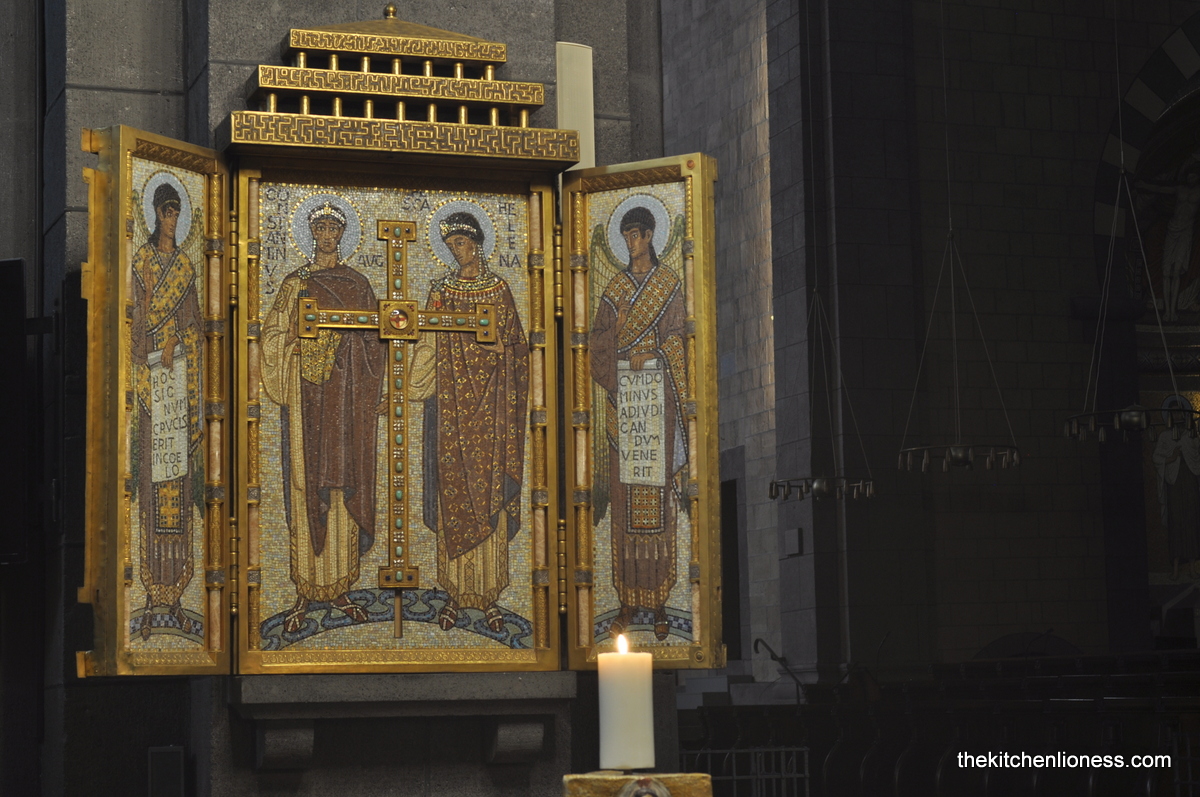 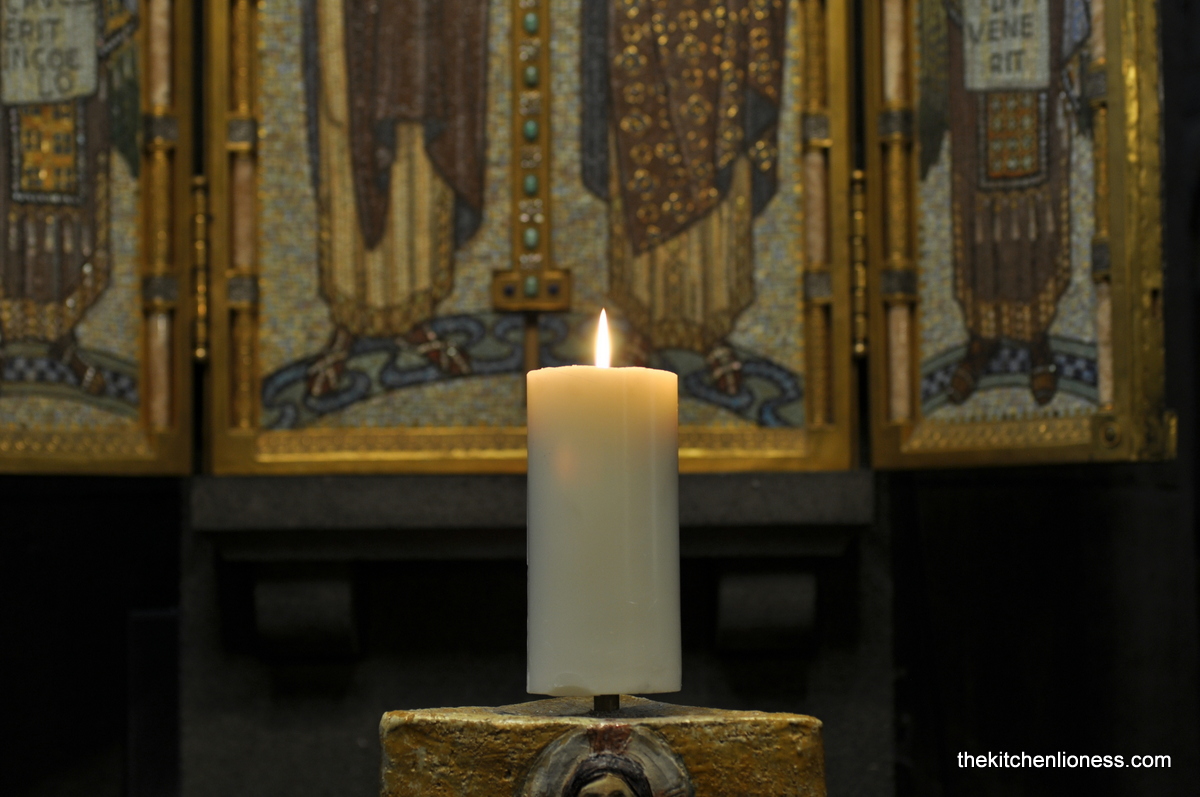 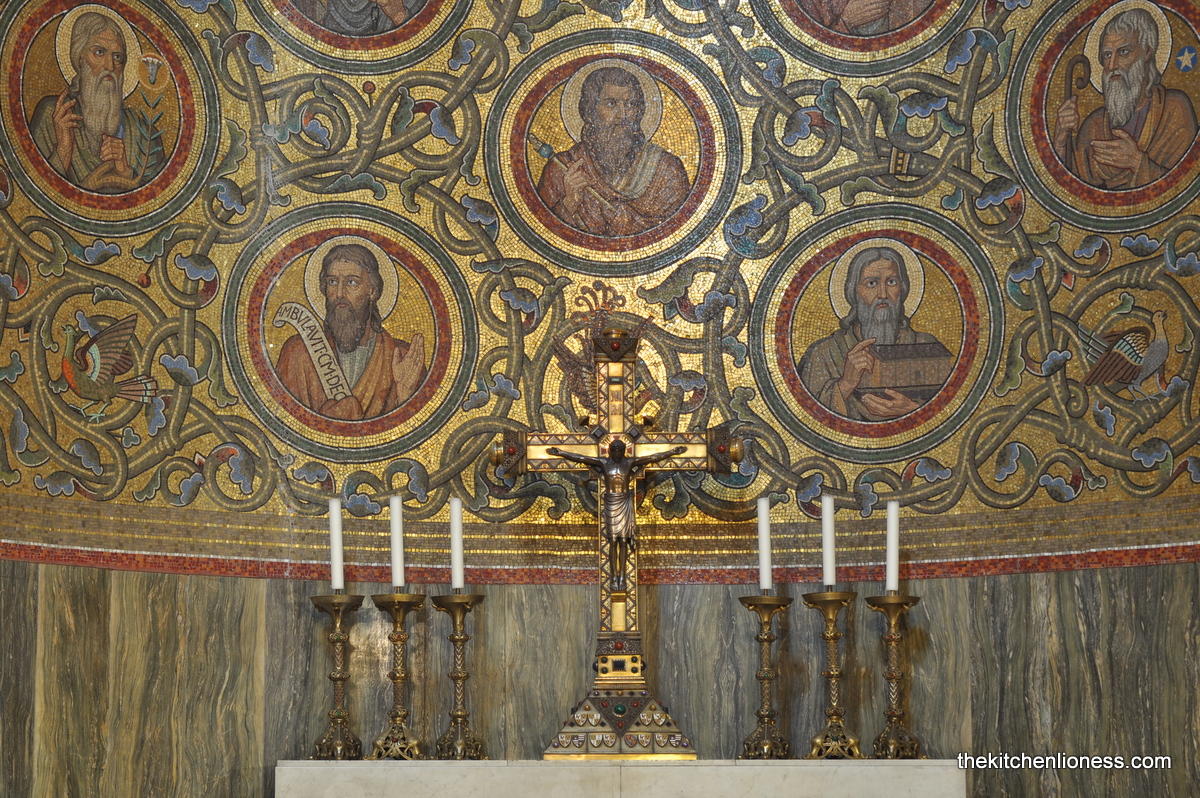 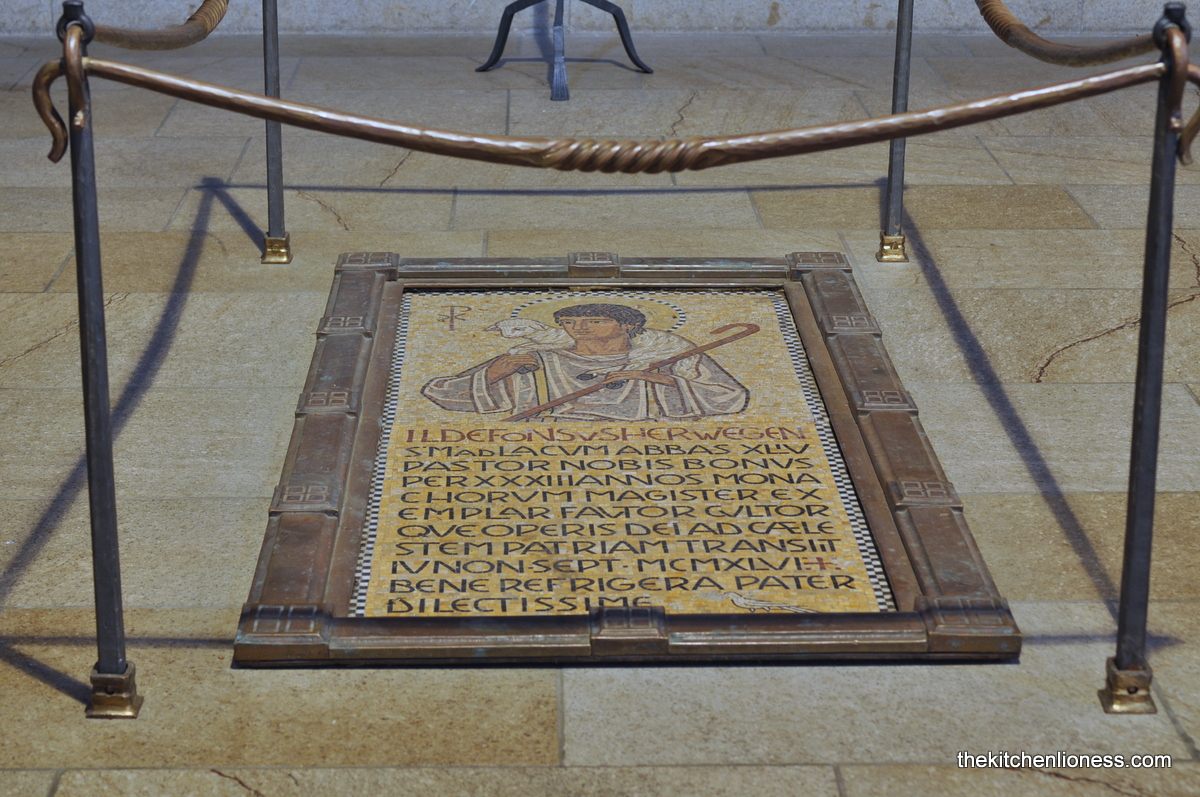 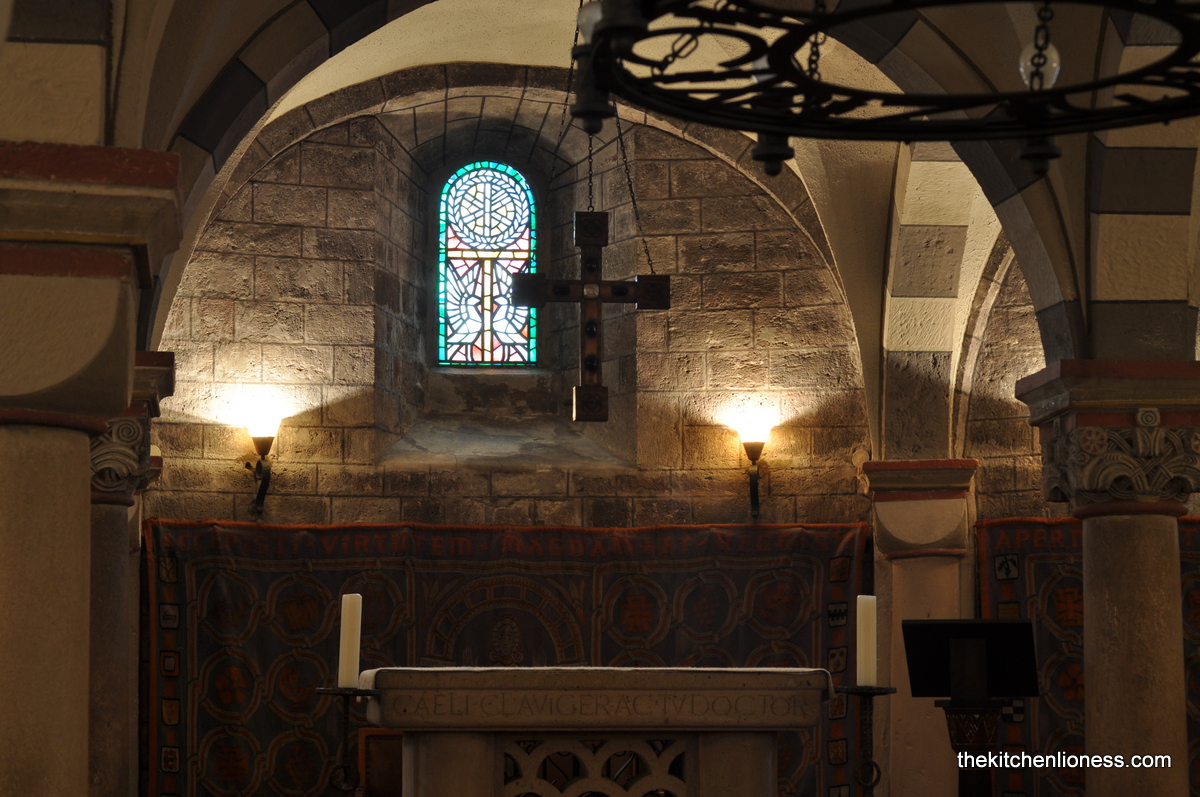 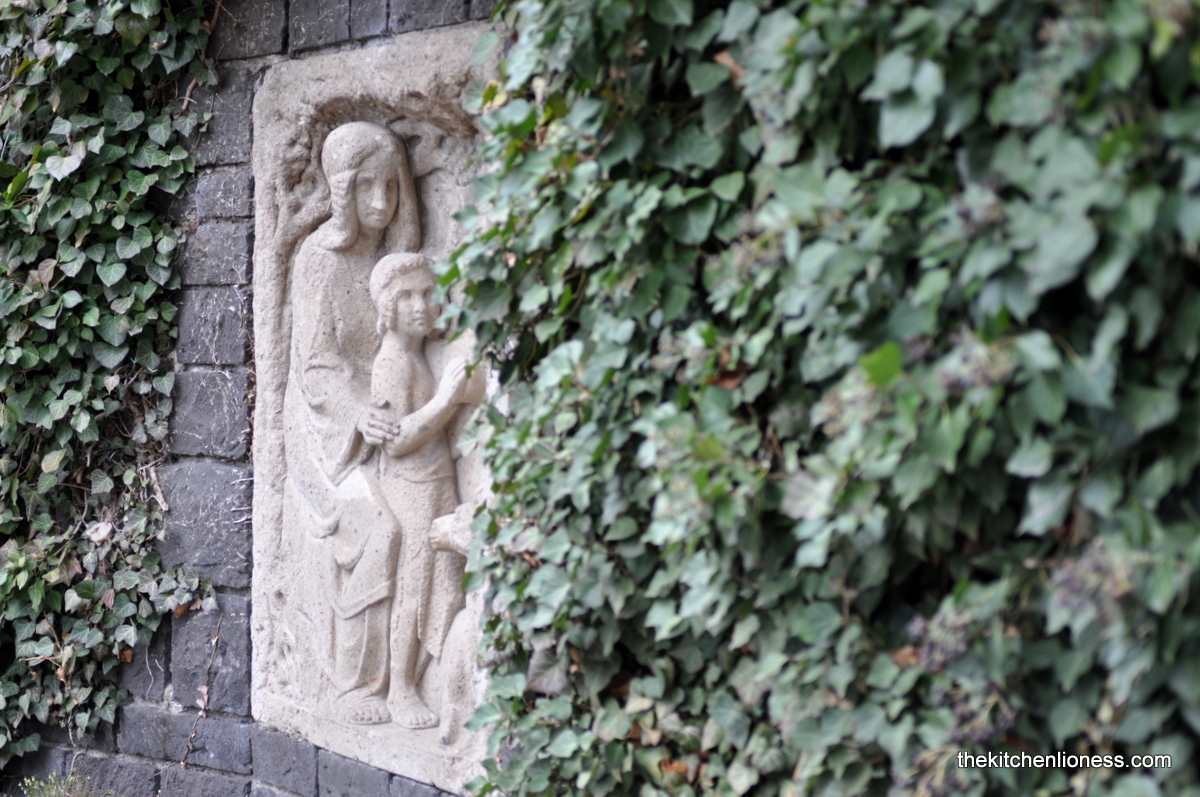 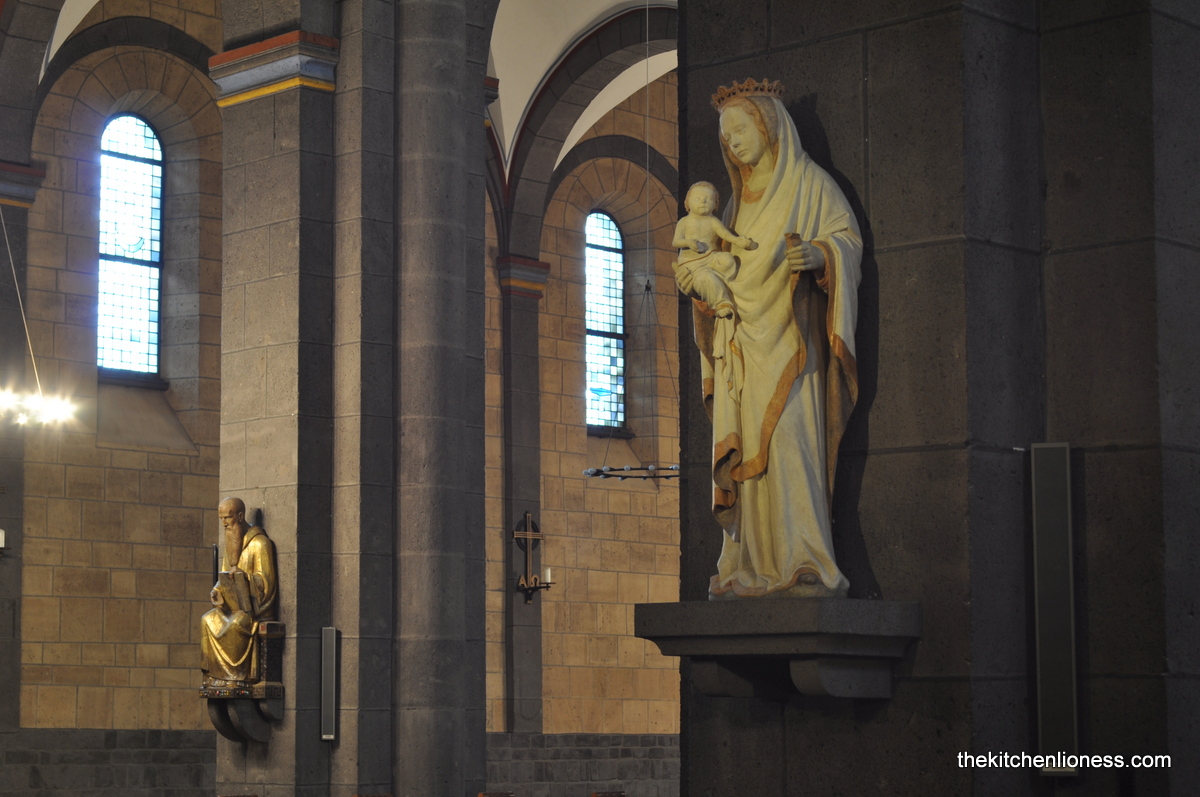 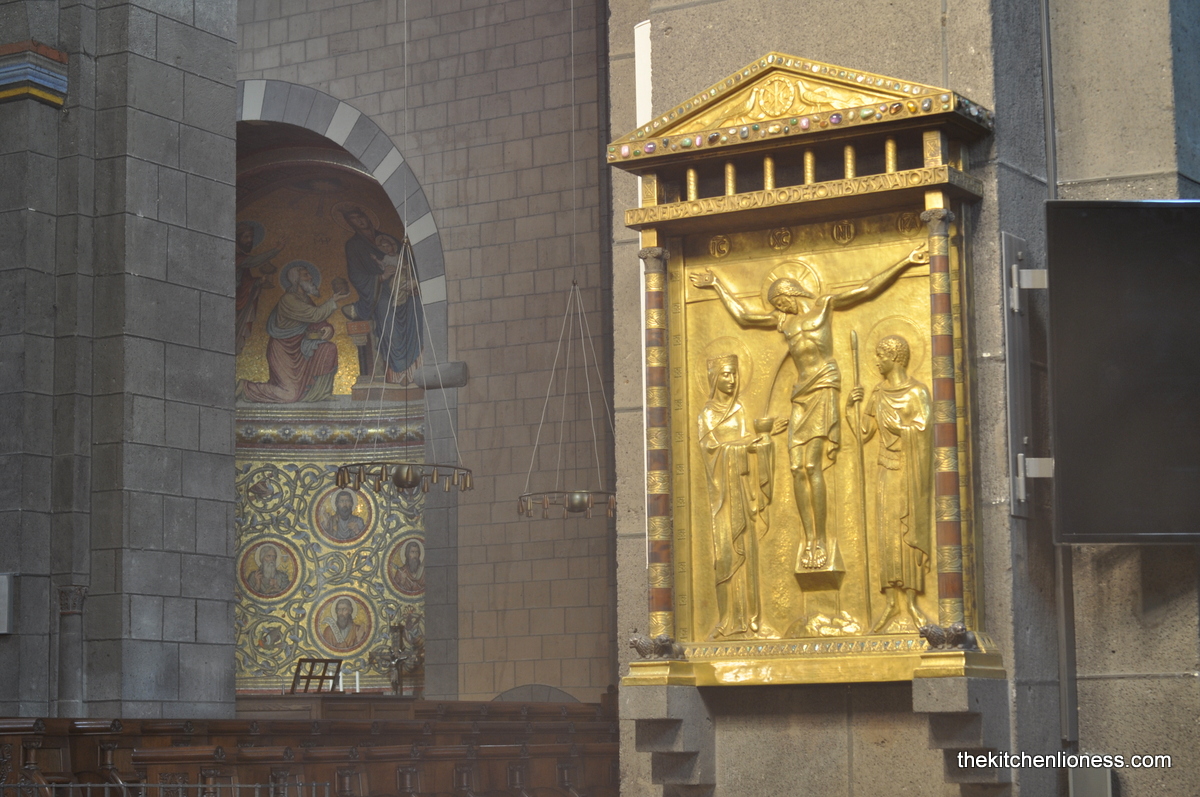 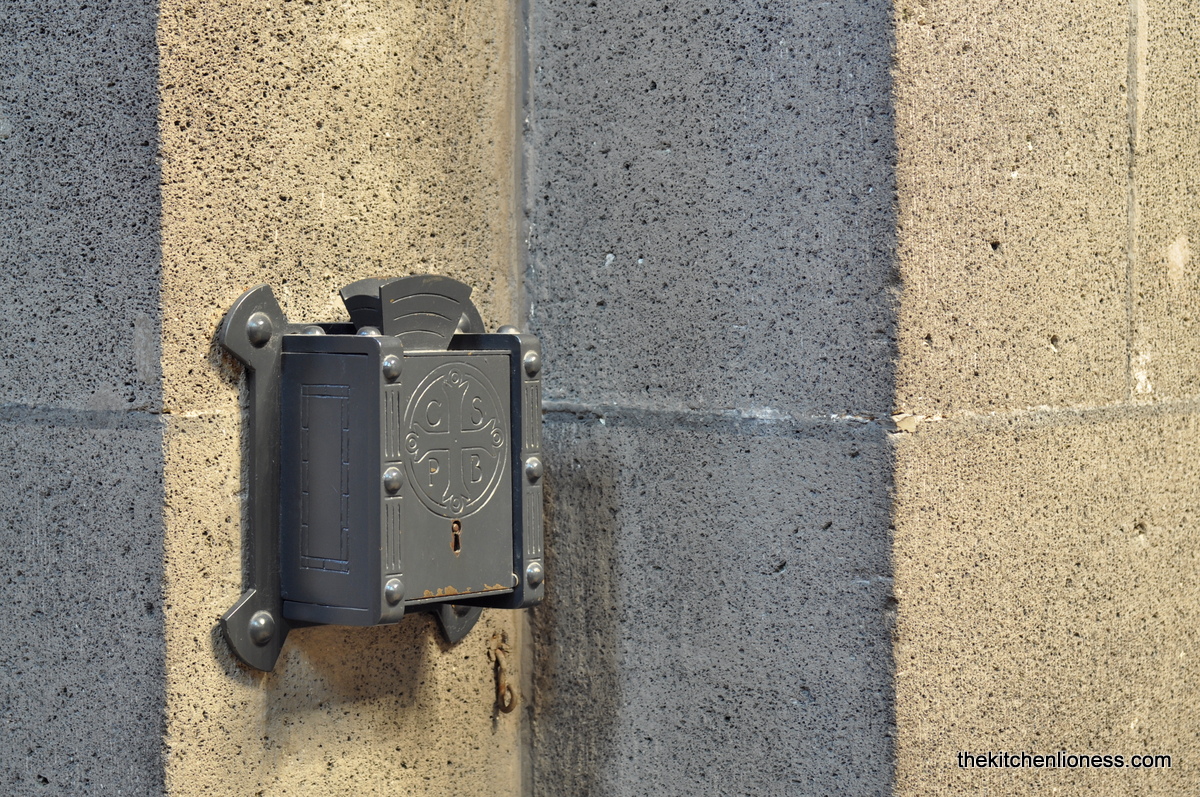 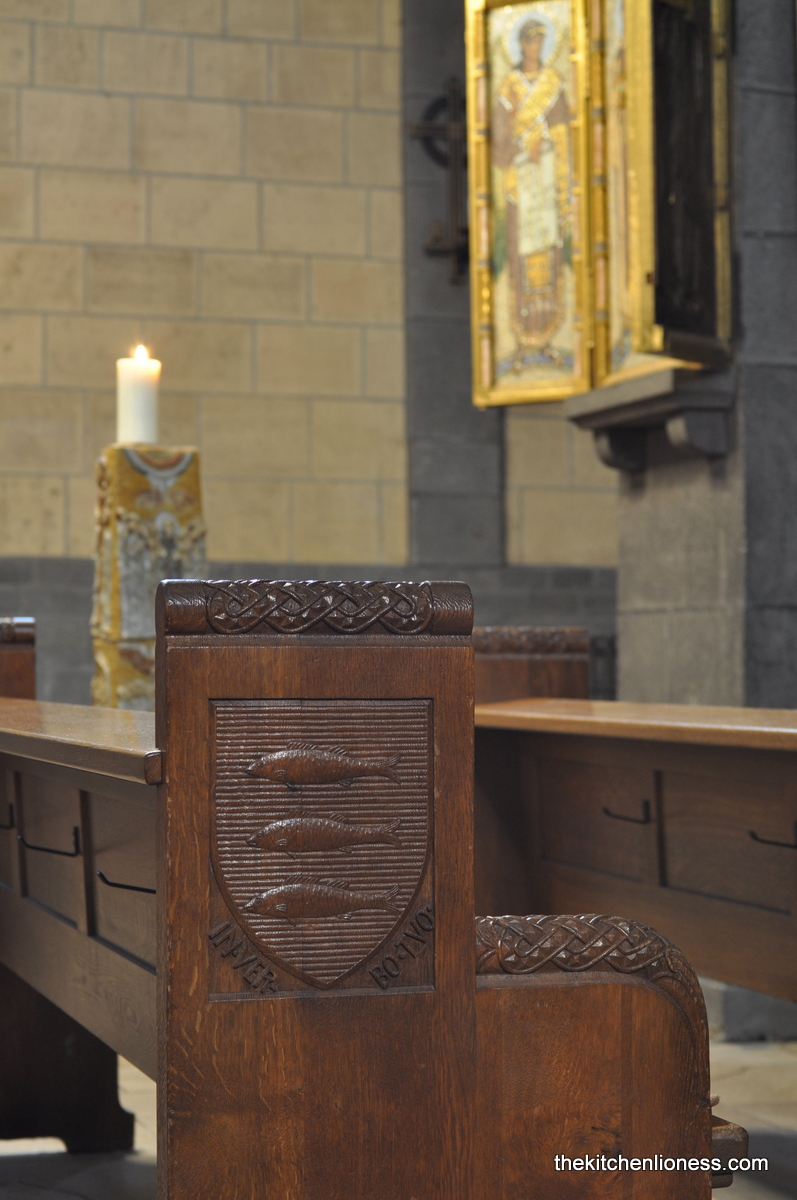 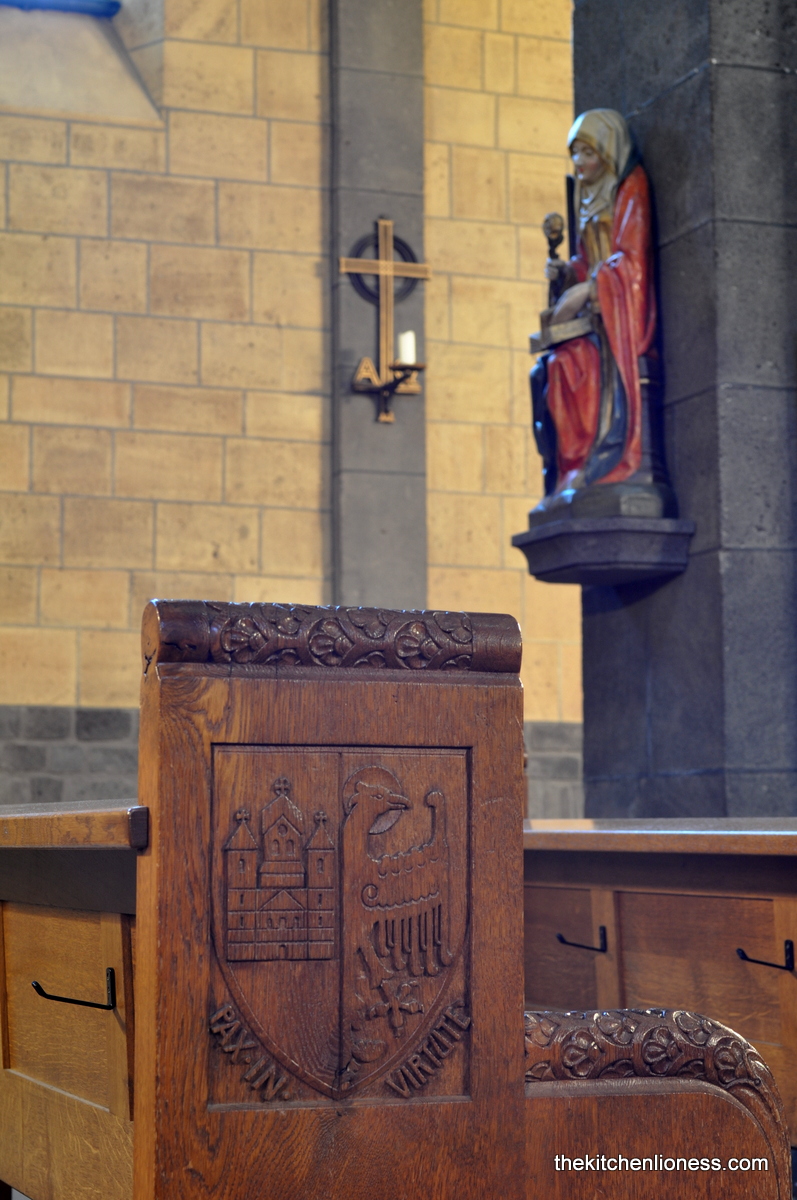 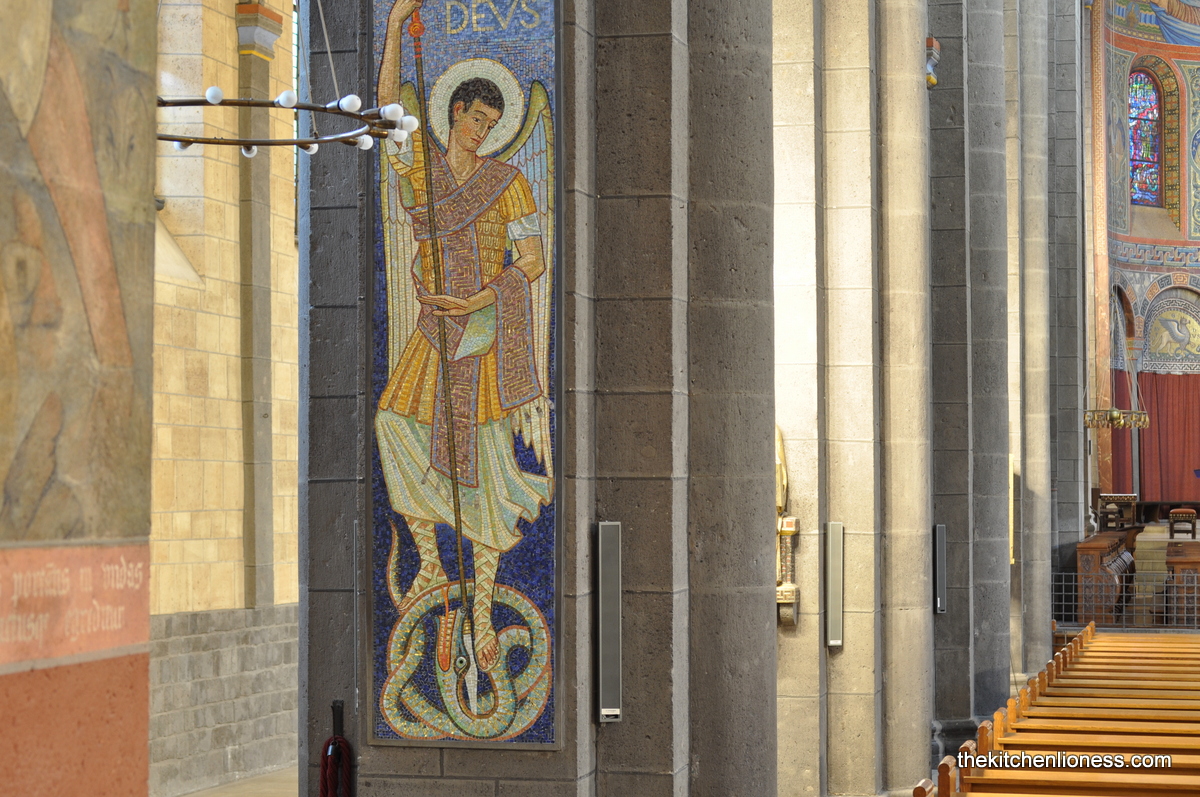 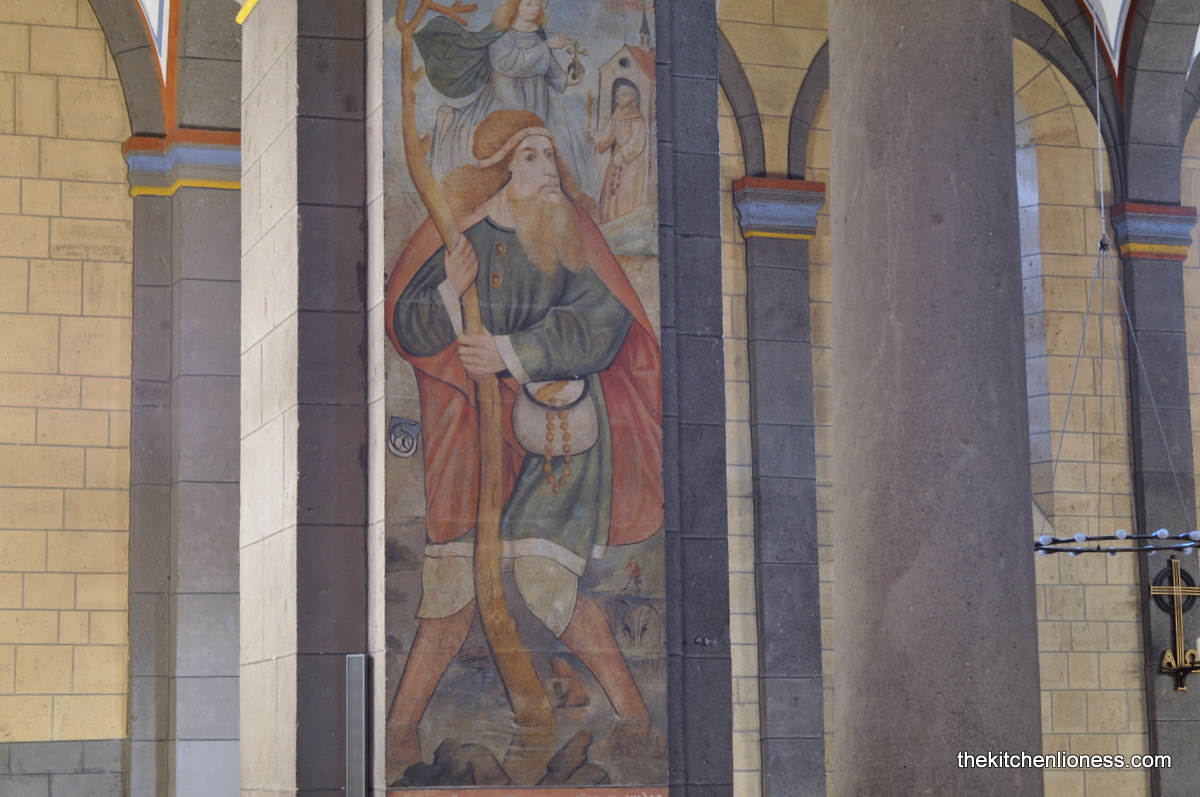 We are well into lent these days. A good time to think about traditional and new lenten foods. Lent is a period of fasting, moderation, and self-denial traditionally observed by Catholics and some Protestant denominations. It begins with Ash Wednesday and ends with Easter Sunday. The length of the Lenten fast was established in the 4th century as 46 days (40 days, not counting Sundays). It symbolizes Jesus of Nazareth’s 40-day time of fasting in the desert. Many Christians commemorate this with various acts of abstention and austerity – traditionally abstaining from eating meat, but there are many variants.

The range of rituals that are observed during Lent is enormous, and I will barely scratch the surface here, but I think it’s worth contemplating, whether you consider yourself part of an organized faith community or not, the deeper symbolic meaning and the potential value of Lent.

There are also a few interesting facts about Lenten traditions around the world: Danes’ traditional festivity before Lent is called ‚Fastelavn‘, much like the German Carnival (Karneval) celebrations,  and consists of the eating of multitudes of deep-fried and jam and custard-filled pastries and children beating a bucket full of candy. The kids who successfully break it open are declared ‚Cat Kin‘ and ‚Cat Queen‘

In Oaxaca, Mexico, Good Friday, the final Friday of Lent, is observed by people making aguas frescas and ice cream and giving them out to passersby, in honor of the Samaritan woman who gave Jesus water on his way back to Galilee.

In Germany, Holy Thursday is known as Green Thursday (Gründonnerstag) and traditionally green foods like a spring herb soup, fried eggs with spinach, quiches and other dishes with green vegetables are eaten on that day.

Swedish children dress as witches on Holy Thursday and are given Easter Eggs and candy ahead of Easter Sunday.

A hot cross bun is a spiced sweet bun made with currants or raisins, marked with a cross on the top, and traditionally eaten on Good Friday in Great Britain, Ireland, Australia, Canada, New Zealand, South Africa and some parts of the Americas. The bun marks the end of Lent and different parts of the hot cross bun have a certain meaning, including the cross representing the crucifixion of Jesus, and the spices inside signifying the spices used to embalm him at his burial 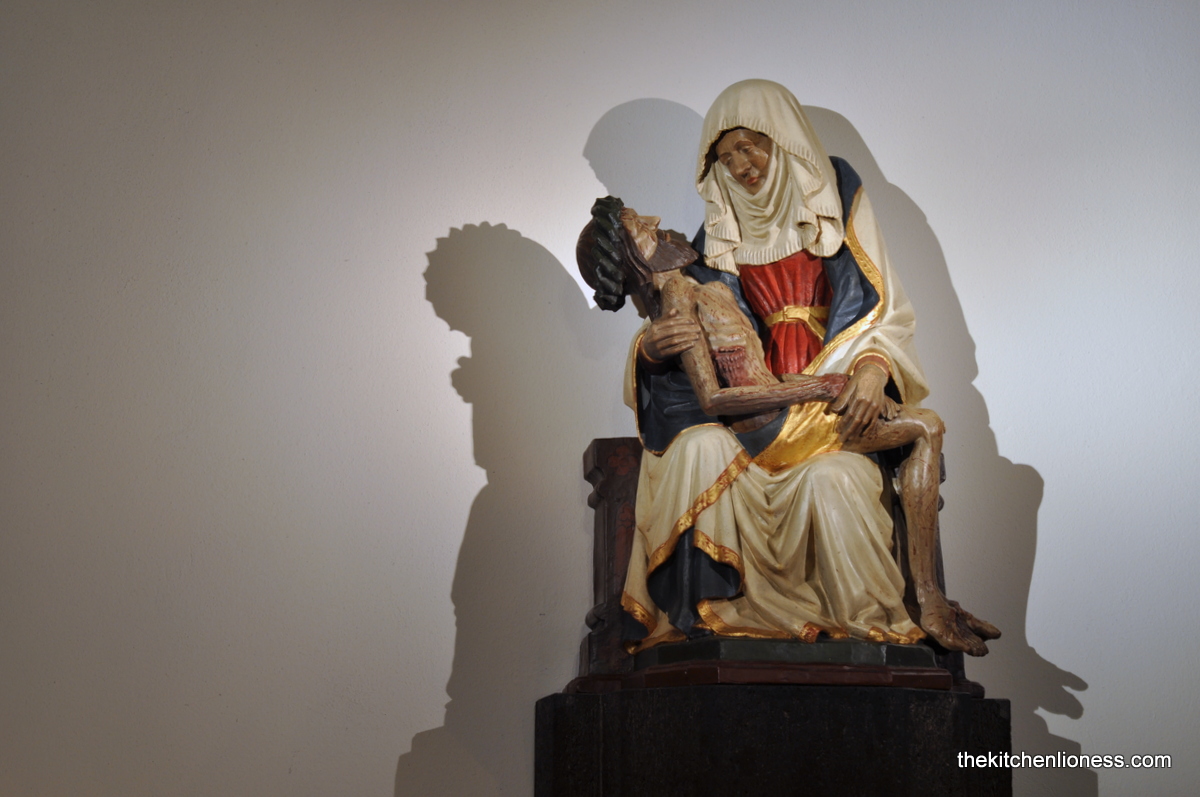 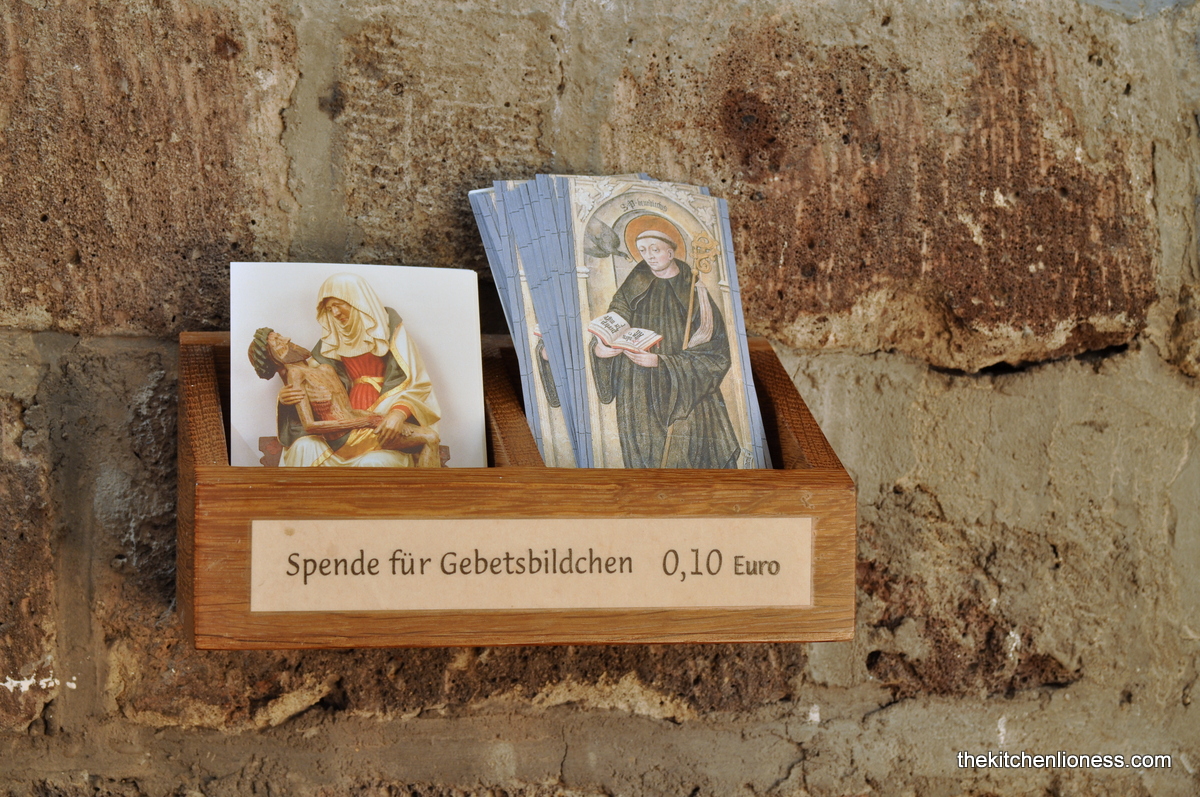 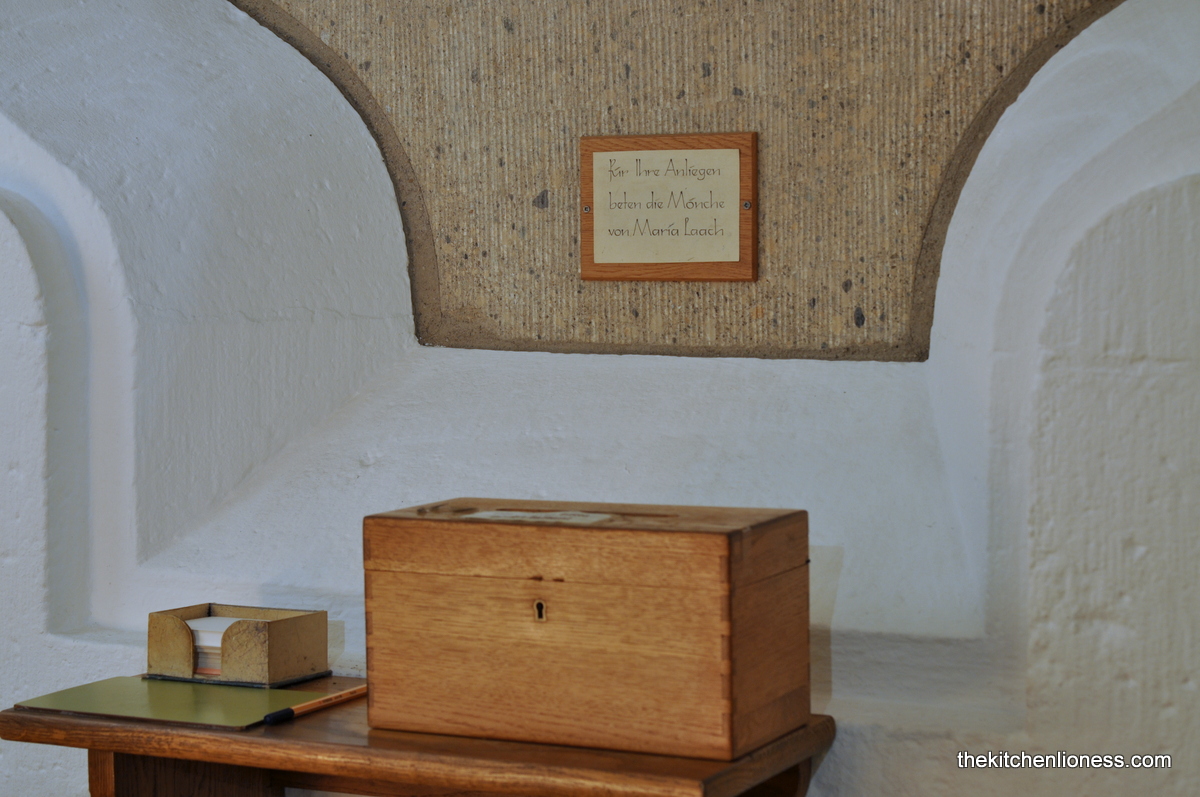 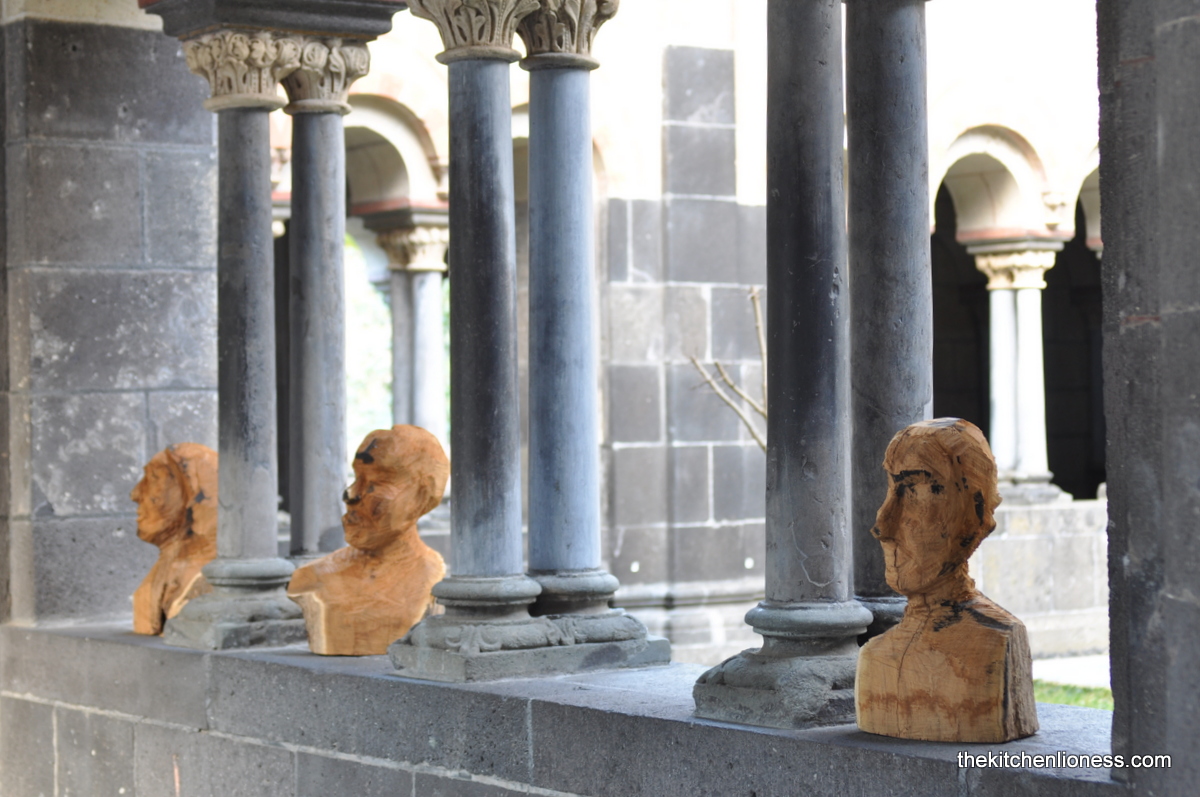 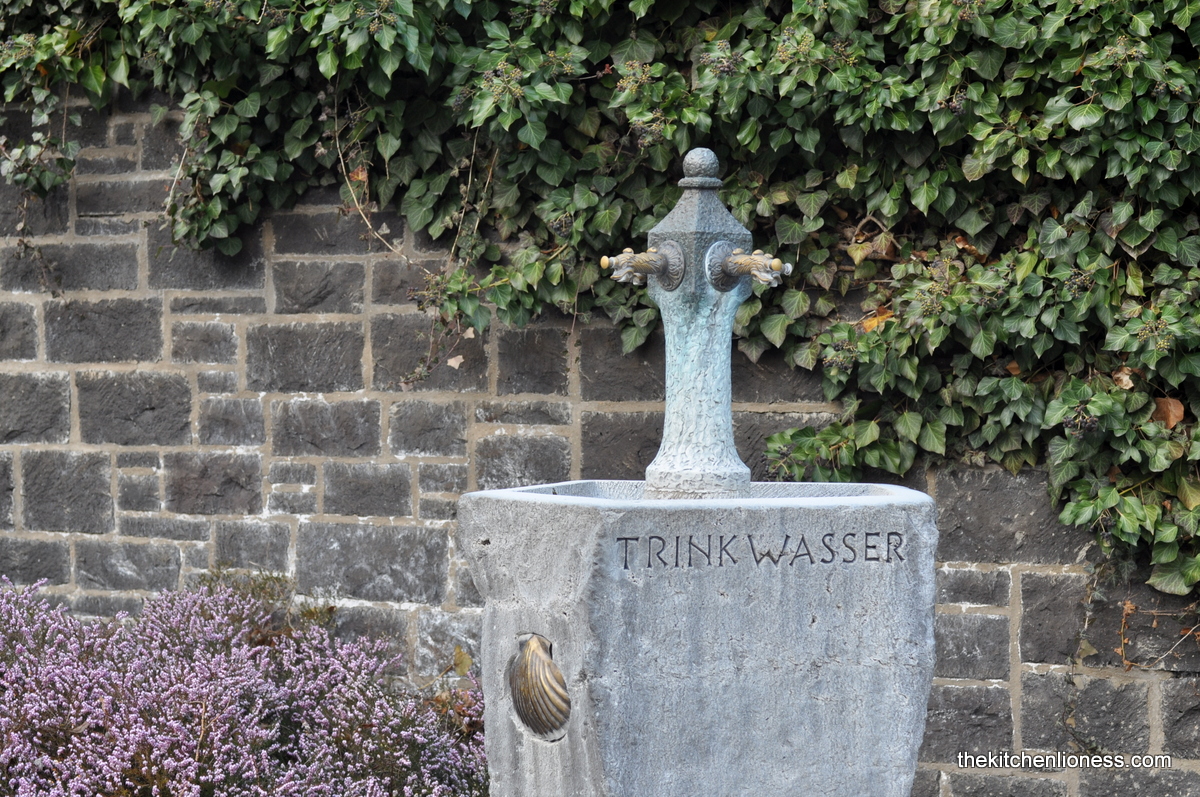 We need to be shaken out of our habits now and then, when we act out Lent symbolically it can simply be about reminding ourselves that we have more than we need, that we are stronger than we believe we are, and that we can do more with less. Whether you observe it in a highly literal and deeply Christian manner or whether you take a pagan or irreligious look at Lent, the Lenten season is worthy of your attention because it helps to remind you that you live a better life when you make mindful choices.

So, without further ado, here is a recipe, or just take it as an inspiration, for some Lenten food that we enjoy on Ash Wednesday and all Fridays during Lent – no meat for us on those days but a delicious, veggie based bowl of Lenten Soup (Fastensuppe) accompanied by traditional Lenten Beugel (Fastenbeugel) – a traditional recipe that hails from Austria (the oldest one dates back to January 3, 1890) and is said to be a close relative of today’s world famous Bagel. Both, the Beugel and the Bagel, have a chewy crust and slightly dense interior, they are round, and, most importantly, have to be boiled before they get baked. For bagels it's baking soda and water (unless you want to go with lye), for Lenten Beugels it's salted water.

According to folklore, the round shape of the Beugel is said to represent the sun, the light, that in Christian interpretation means the resurrection of Christ at the end of lent. Be that as it may, the round shape of the Lenten Beugel is certainly different from the Pretzel (Brezel), also a lenten food, that is said to have been conceived by a monk to represent arms crossed in prayer. 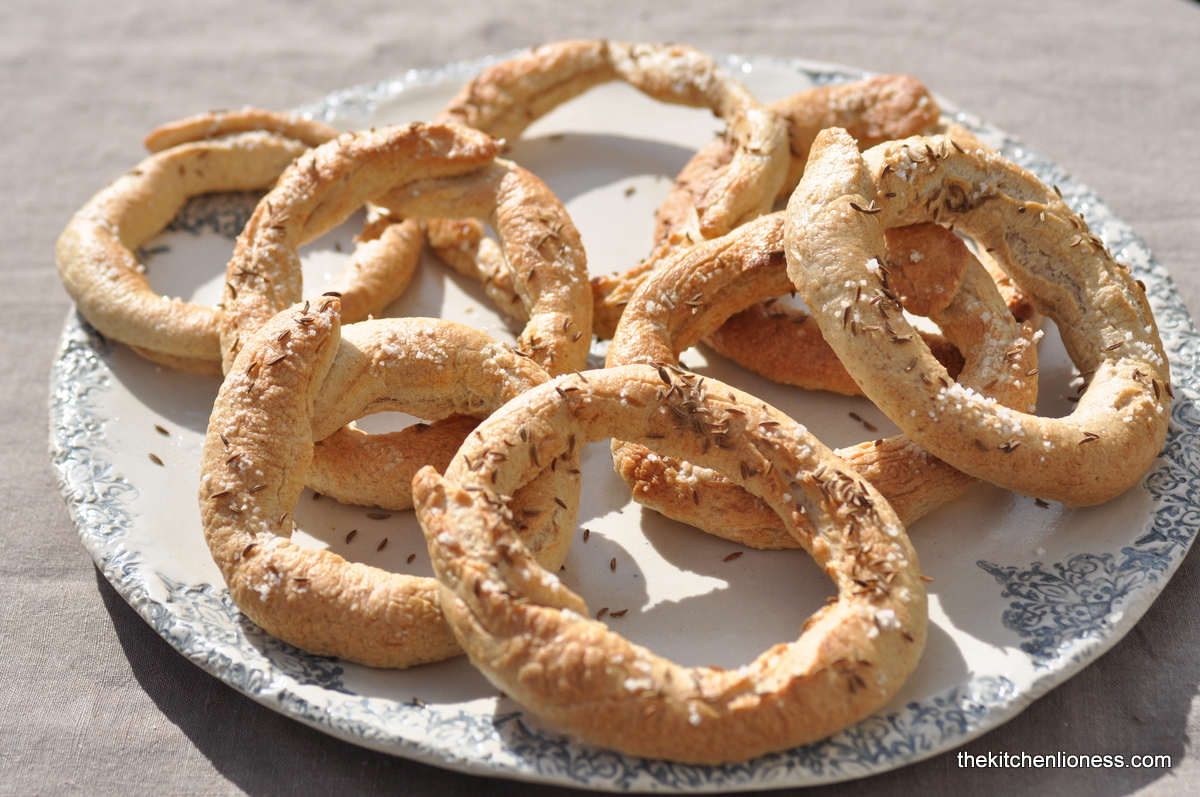 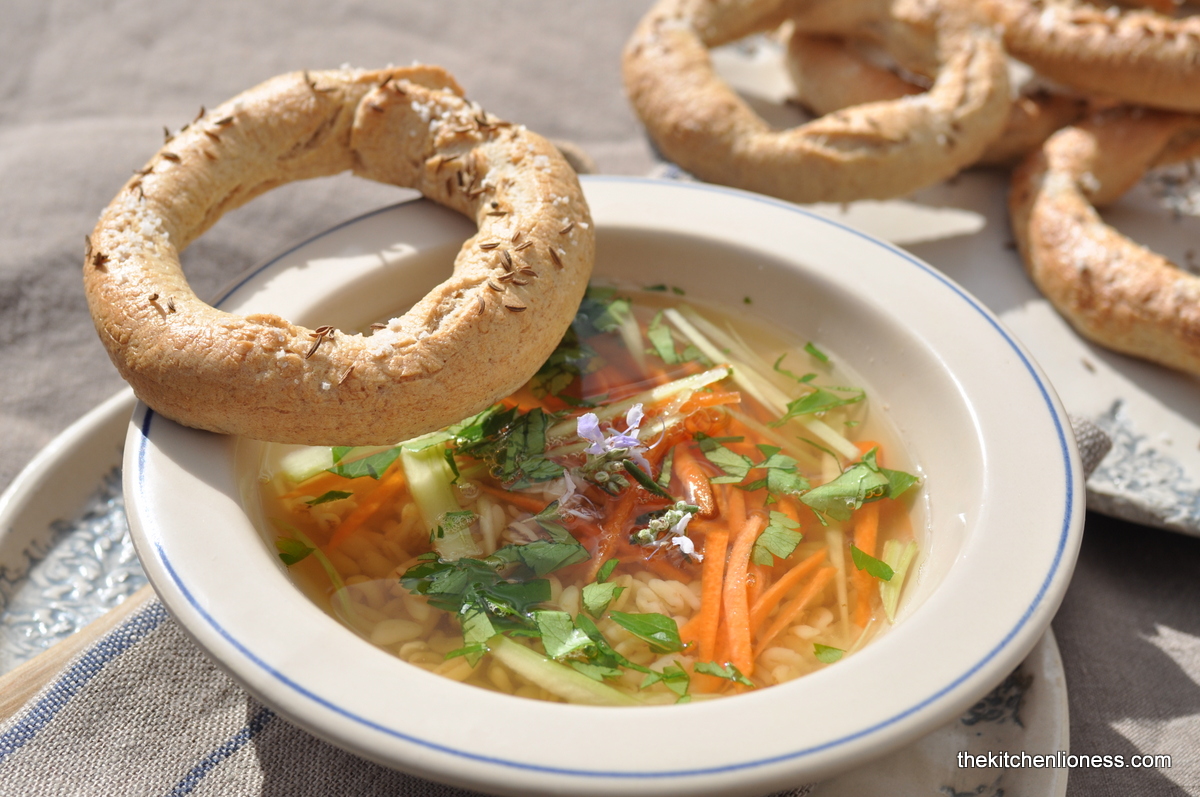 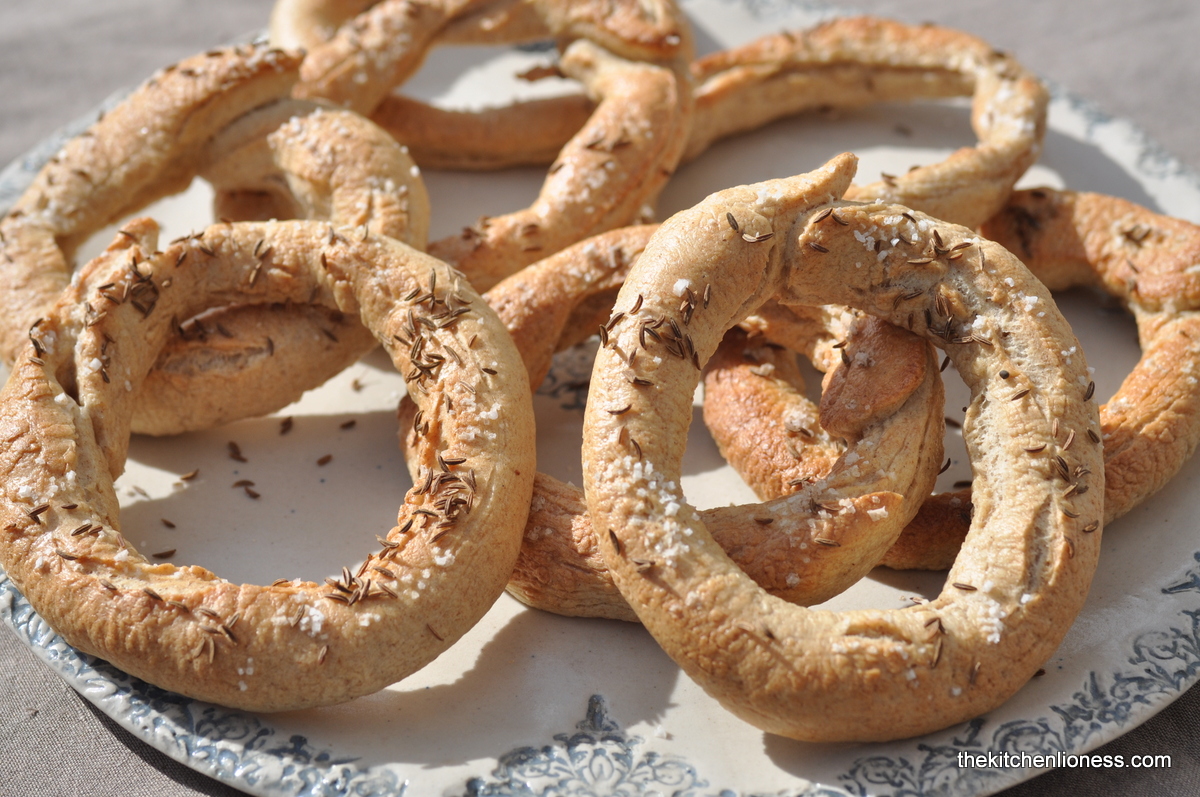 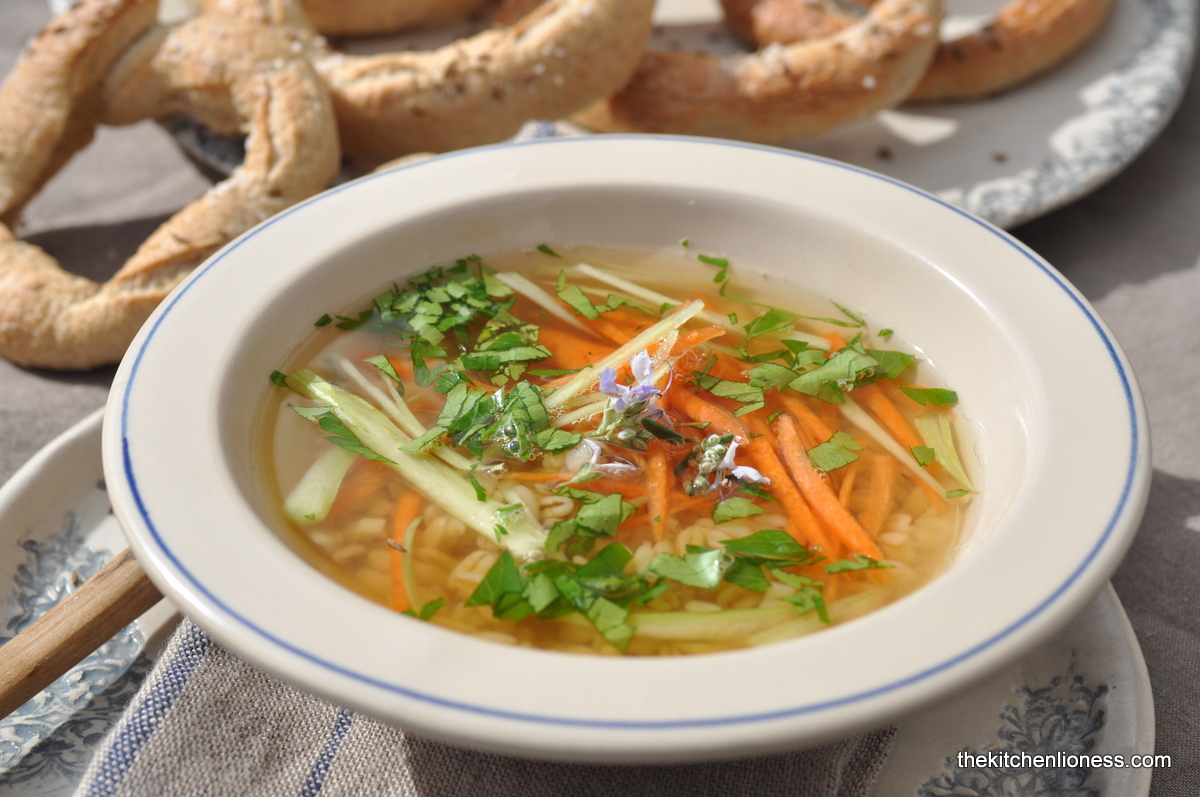 A last remark with respect to the soup bowl (Laacher Refektoriumschüssel) it was crafted in the pottery studio (Keramikmanufaktur) of the Maria Laach Abbey that was given new life in 2007 but that actually dates back to the early 20th century when Father Theodor Bogler who had learned his craft at the famous Bauhaus, worked there as an artist. The bowls are all handmade, crafted with ceramic from the Westerwald region of Germany, glazed with a transparent glaze and adorned with a blue line. The blue used for the decor is called ‚Laacher blue‘ (Laacher blau) picking up on the color of and meant as an hommage to the Lake Laacher (Laacher See) where the Abbey is located. Today, the soup is oftentimes served in these bowls in the Refectory. 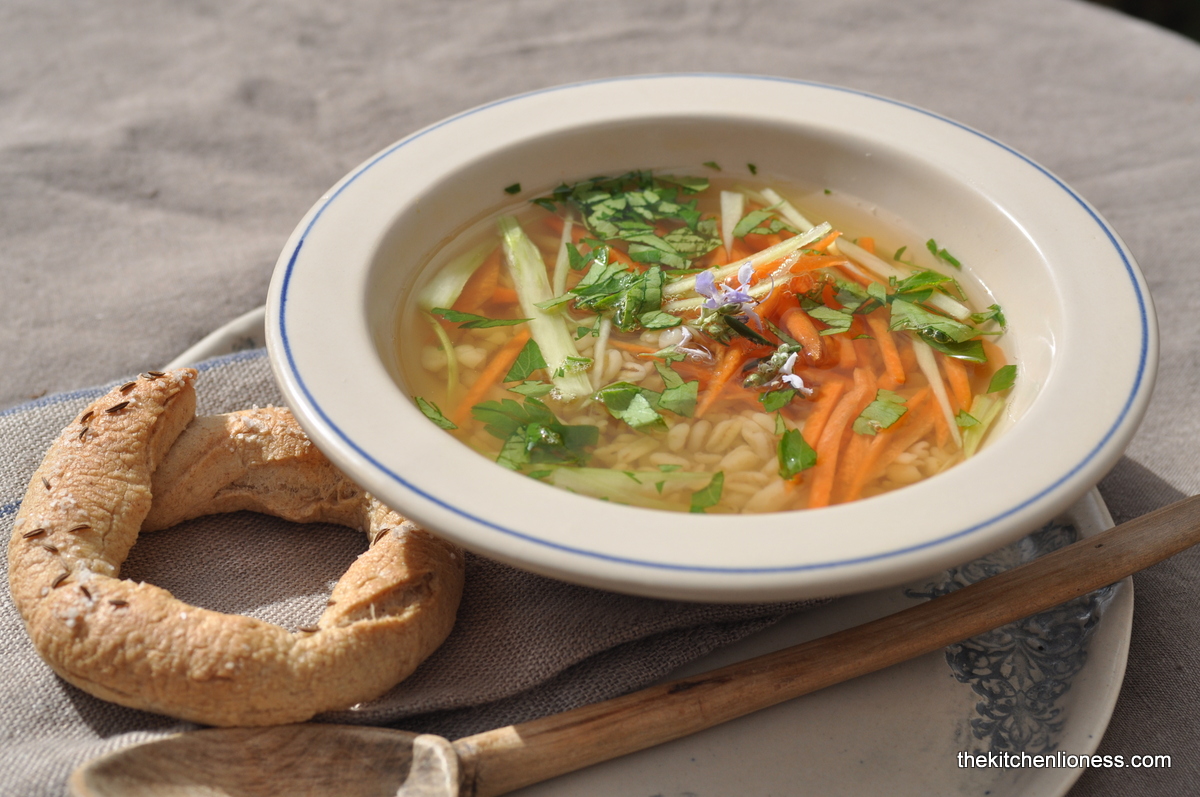 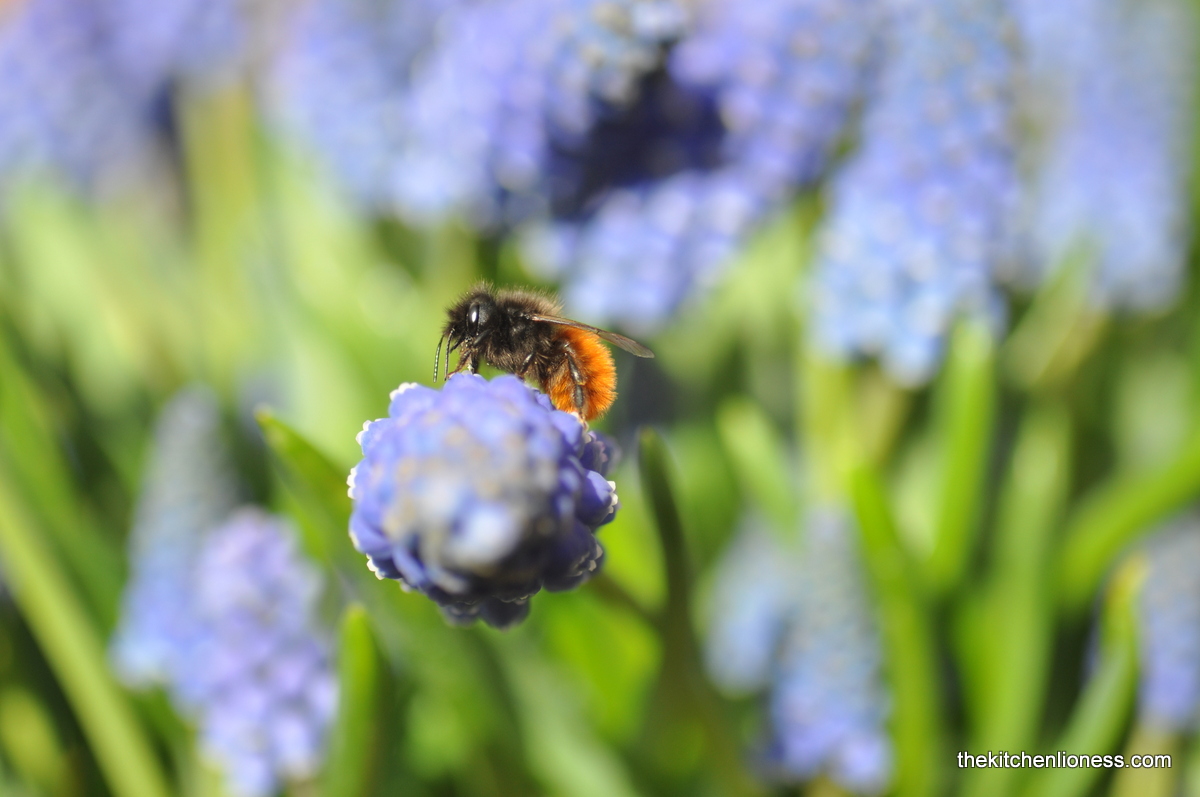 Please note that my recipe for Lenten Beugel is part of my series for a 'local' (meaning across the state of North Rhine-Westphalia) radio station, where, throughout the year, I talk about different baked goods that are closely tied to various holidays and seasons. If you are interested, have a listen (in German) HERE.