So what’s better than to make some beautiful fresh Irish Soda Bread in time for St. Patrick’s Day. Saint Patrick's Day, or the Feast of Saint Patrick, is a cultural and religious celebration held annually on March 17th, the death date of Saint Patrick (c. AD 385–461), the patron saint of Ireland. 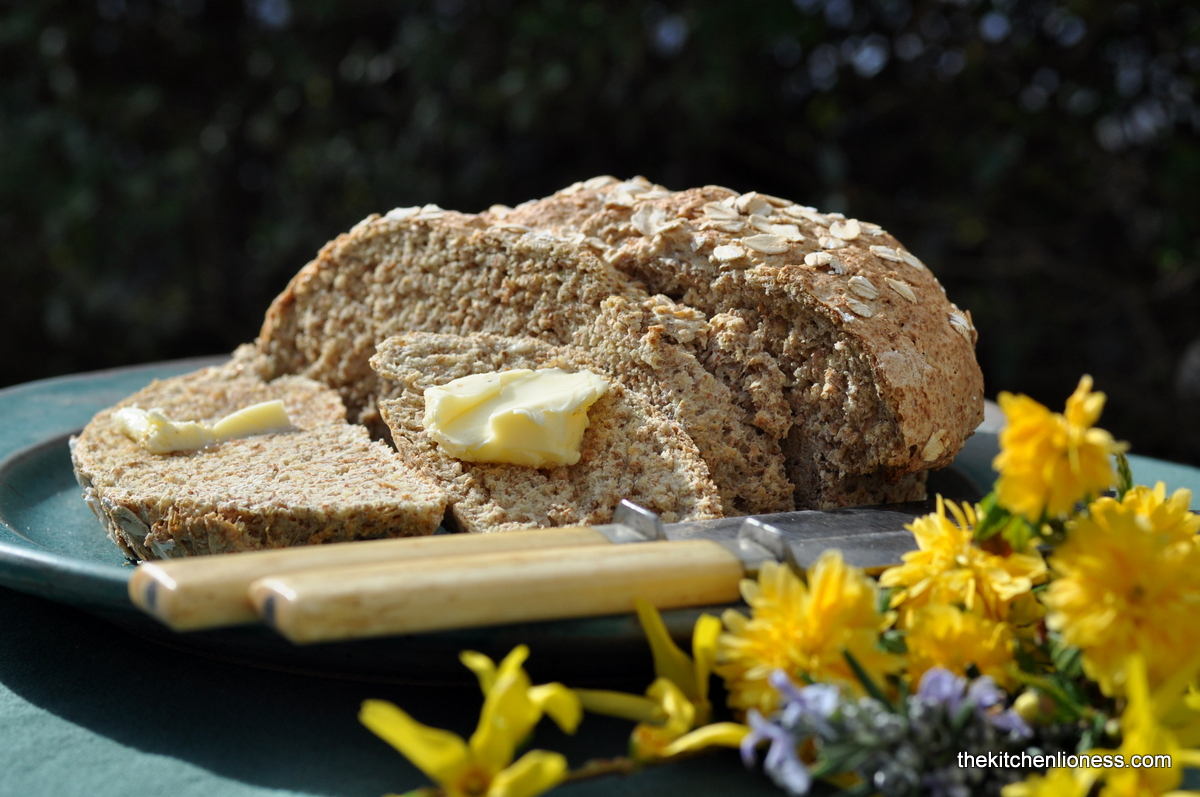 Born in Roman Britain in the late 4th century, he was kidnapped at the age of 16 and taken to Ireland as a slave. He escaped but returned about 432 to convert the Irish to Christianity. By the time of his death on March 17, 461, he had established monasteries, churches, and schools. Many legends grew up around him for example, that he used the shamrock to explain the Trinity. Ireland came to celebrate his day with religious services and feasts.

It was emigrants, particularly to the United States, who transformed St. Patrick’s Day into a largely secular holiday of revelry and celebration of things Irish. Cities with large numbers of Irish immigrants, staged the most extensive celebrations, which included elaborate parades. Boston held its first St. Patrick’s Day parade in 1737, followed by New York City in 1762. Since 1962 Chicago has coloured its river green to mark the holiday. Irish and non-Irish alike commonly participate in the 'wearing of the green' - sporting an item of green clothing or a shamrock, the Irish national plant, in the lapel. Corned beef and cabbage but also soda bread are associated with the holiday, and even beer is sometimes dyed green to celebrate the day. 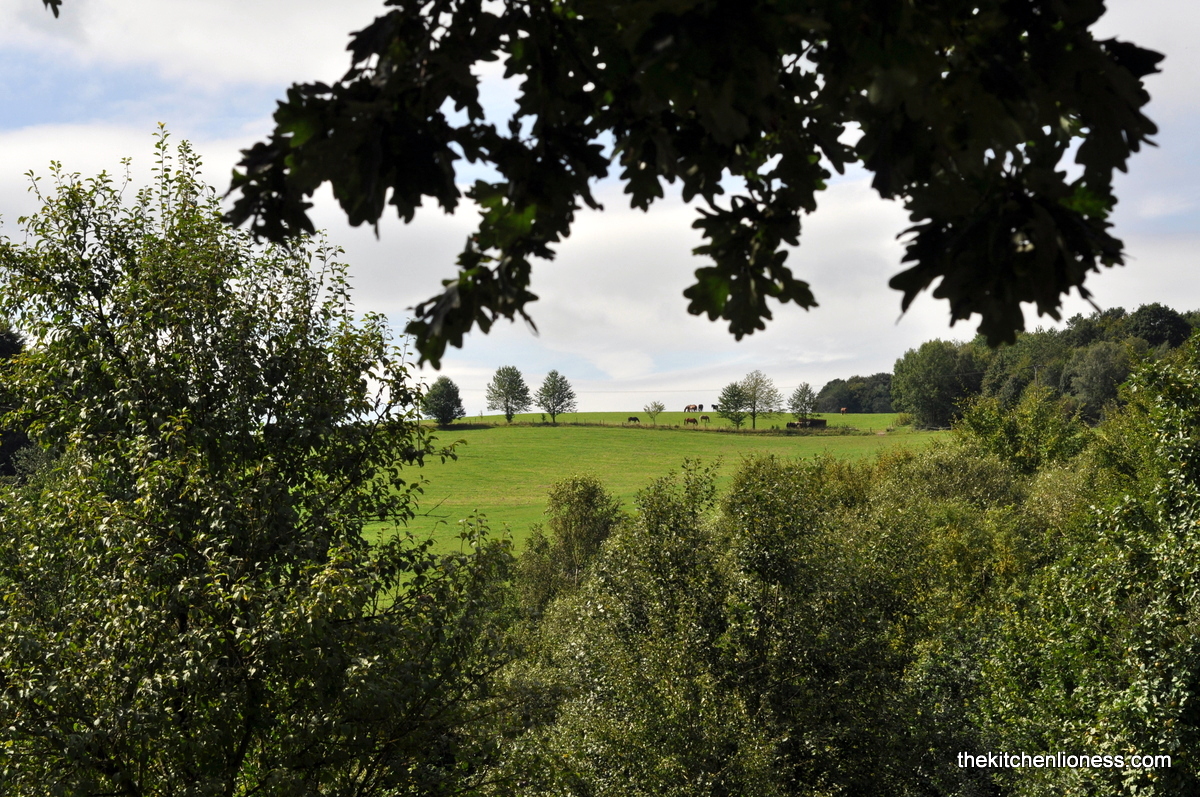 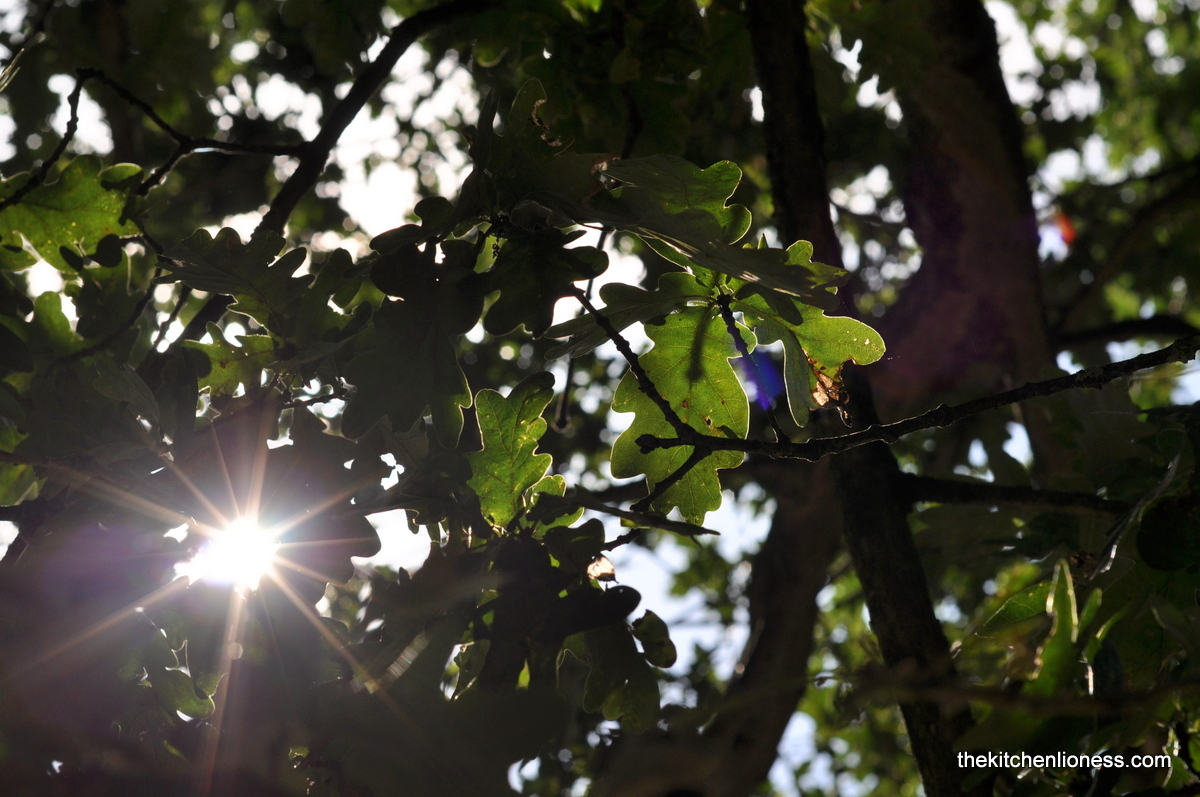 The sweet quick bread reflects the fact that the average Irish cupboard lacked or had limited quantities of sugar and butter. The traditional Irish Soda Bread is indicative of other limits, like the way that flour works in bread dough, and how wheat grows. The moist climate of Ireland is suited to growing soft or pastry wheat, which is better for making pastries and quick breads rather than yeasted or naturally leavened breads.

All wheats have gluten and the amount and quality of gluten varies in hard and soft wheats. That's why flours made from different grains work differently. Soft wheats work great for quick breads like Soda Bread.

Soda bread is perhaps the easiest bread to make by hand - with little kneading and no waiting around for it to rise. 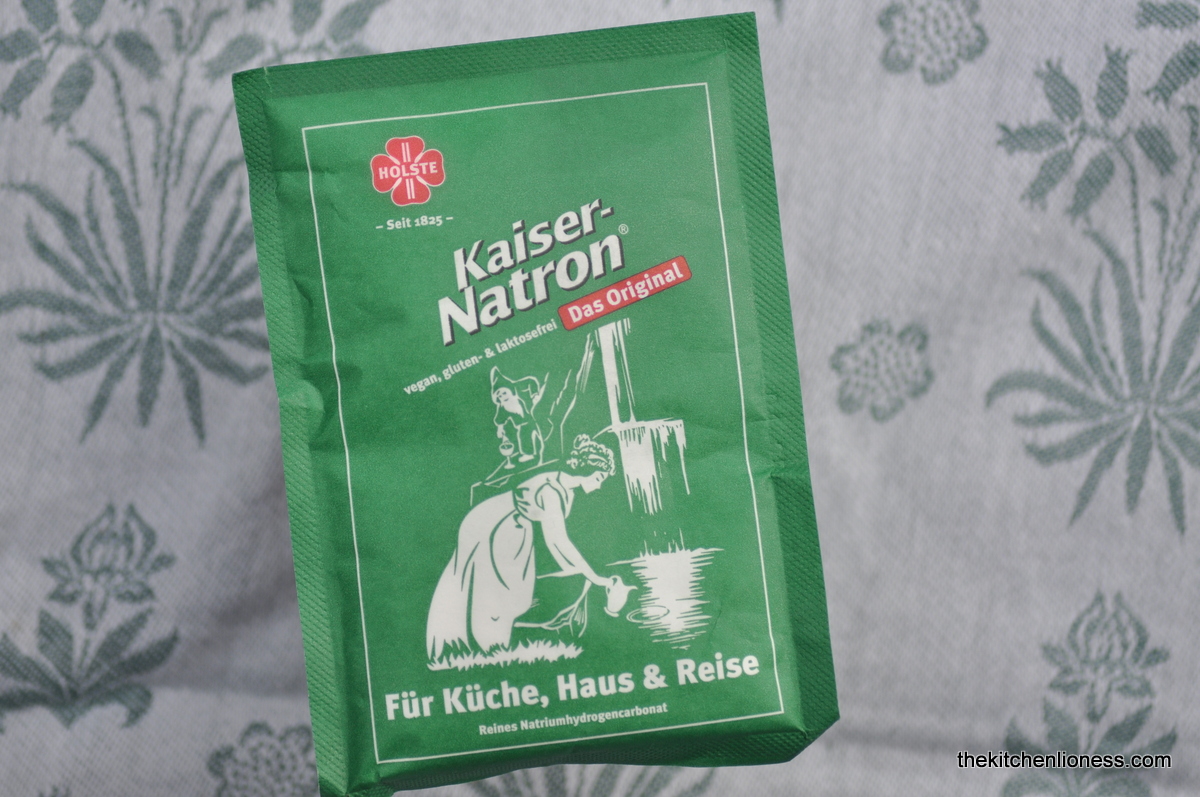 In general, a soda bread is a bread leavened with bicarbonate of soda aka baking soda together with an acid, either lactic acid in the form of buttermilk (as in this recipe) or yogurt or a chemical agent like cream of tartar. The resulting reaction releases carbon dioxide bubbles into the dough. Though simple soda breads were common throughout Britain up to the late 1960s, people now usually associate soda bread with Irish baking.

Soda bread is best eaten fresh and can be made at home easily. Traditionally a recipe for Soda Bread includes only four ingredients, namely flour, baking soda, buttermilk and salt; ingredients that would have been available in Ireland when the bread was developed.

Today, as is the case with this recipe, part of the white flour is often replaced with wholewheat flour and a bit of sugar is added as well. Sometimes I sprinkle a few oats of top of the loaf before baking it, sometimes I don't. I also have come across less traditional versions including some with stout and grated cheese, or raisins and warm spices, etc. Some would call these versions tea cakes rather than Soda Breads.

This is a very simple recipe, the loaf can be baked on a baking sheet or in a preheated cast iron casserole dish, which is also very nice for a chance. 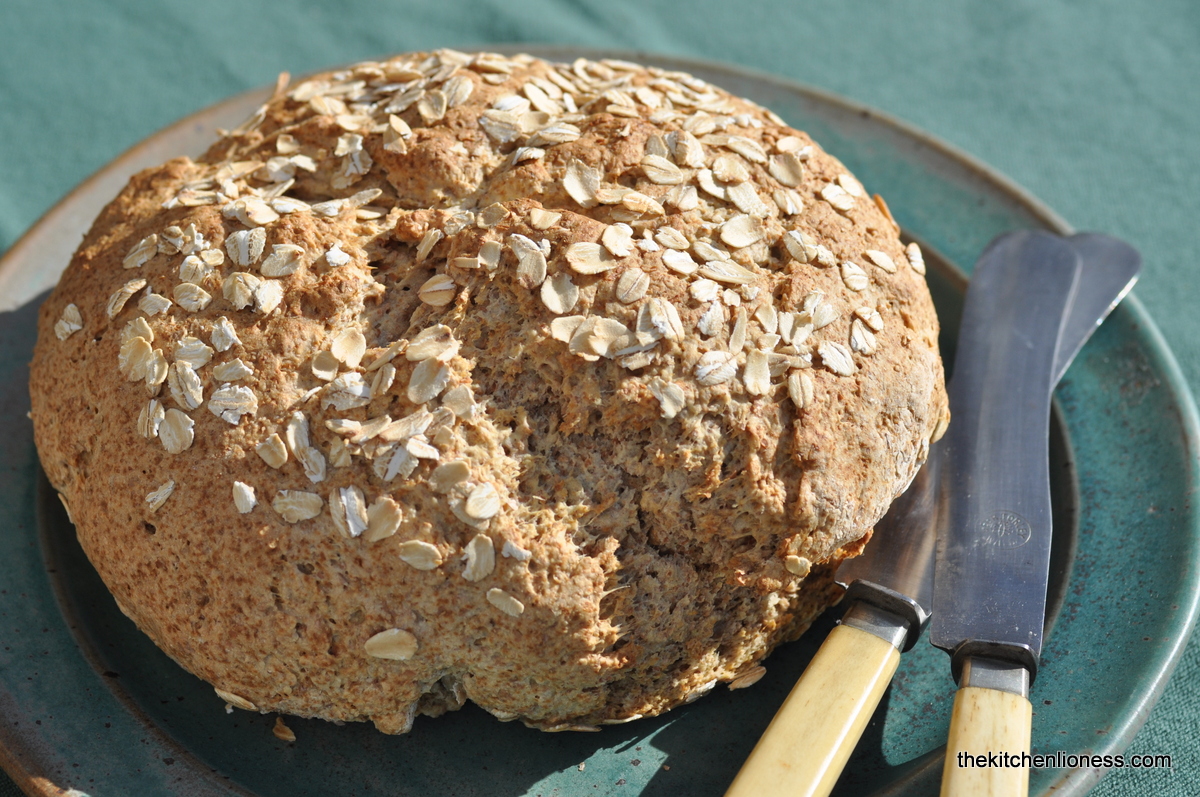 Ingredients for the Loaf

Preparation
Remove from the oven and leave in place for 5 minutes before turning out and leaving to cool slightly before enjoying.

This bread has a lovely, crisp crust and a very tender inside. The crumb looks dense, but it is not heavy at all.

Remember that soda bread like this is best when eaten fresh and while still a bit warm and slathered with good quality butter - it just does not get better than enjoying a big slice with farm-fresh butter. So, make sure to serve your Soda Bread fresh from the oven with butter and your favorite kind of jam, honey or a nice cheese. And if you do have any leftovers, Soda Bread tastes wonderful when toasted the next day. 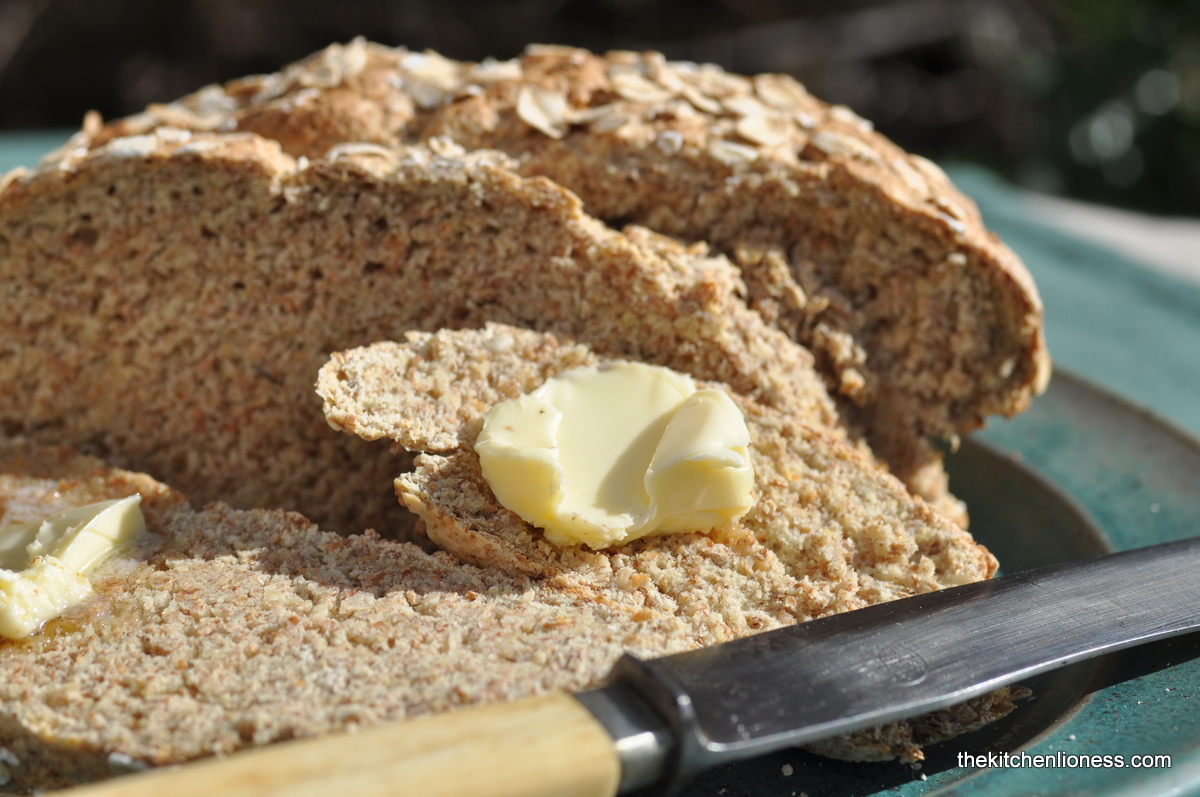 This recipe certainly proves that making your own bread does not have to be time-consuming or hard work. If you are looking for some almost instant bread gratification, the comforting smell of baking bread, and the irresistible taste of homemade bread, then you should really try his quick Brown Soda Bread. 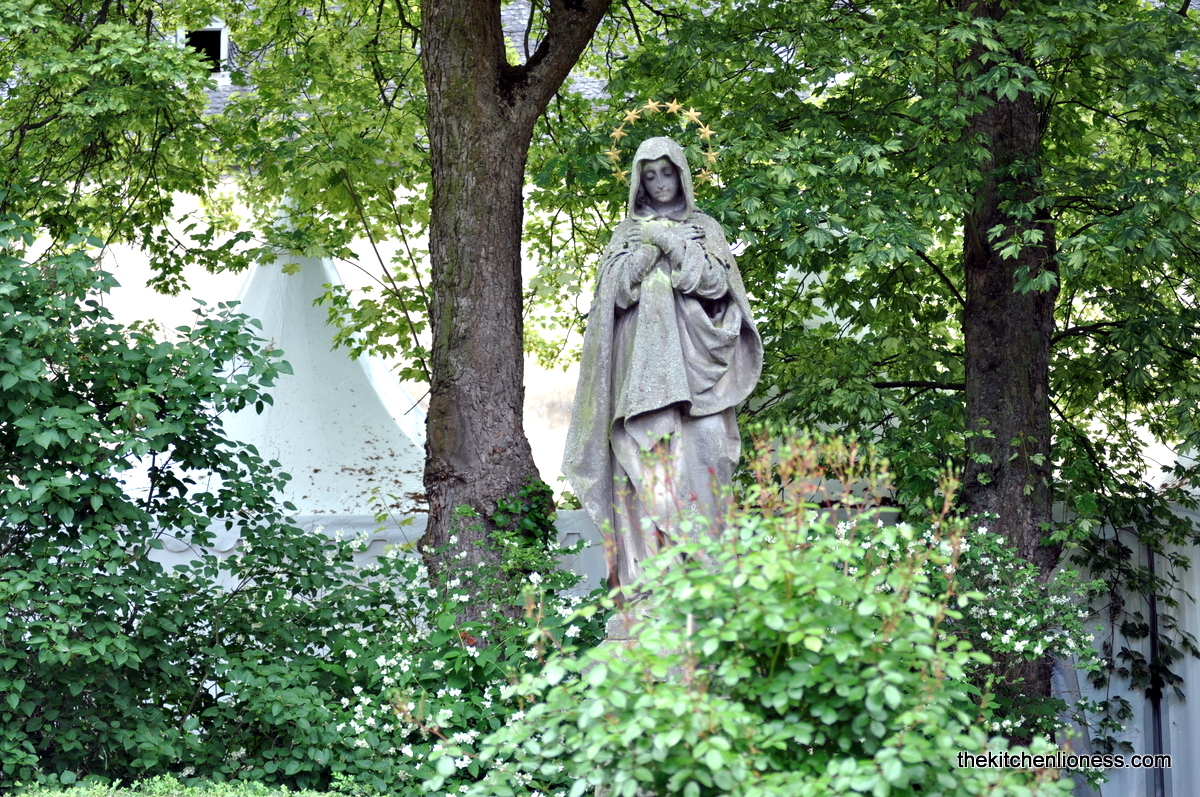 Please note that this blog post is part of my series for a 'local' radio station, where, throughout the years, I present different baked goods that are closely tied to various holidays and seasons. If you are interested, have a LOOK & LISTEN (in German) HERE.