School holidays are in full swing around here. In Germany they are set at regional level by each of the 16 federal states (Bundesländer). Each state will have holidays each year for fall, Christmas, Easter and summer, plus schools in most states also have a winter break around February. A few states have a break of about one to two weeks for Pentecost around May/June. There are also days off throughout the year which vary between the different states. 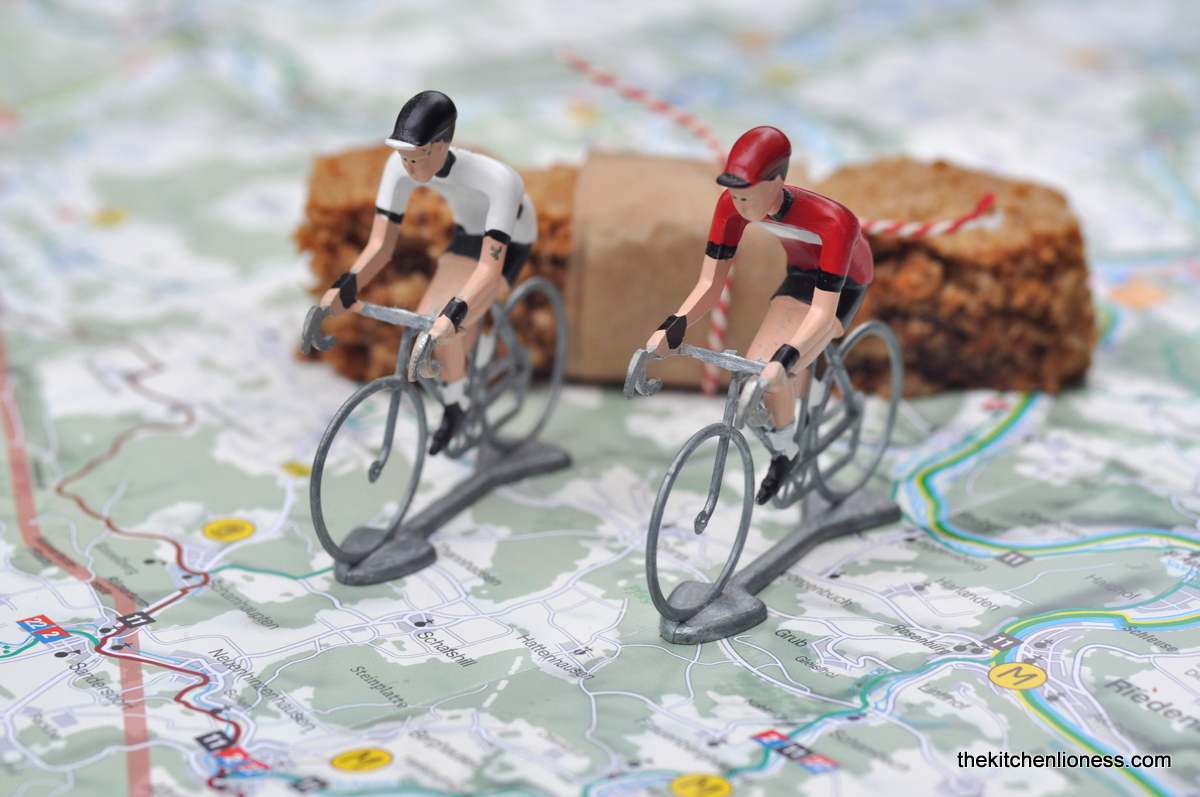 German school holidays are often used as a time for families to get together and celebrate festive holidays such as Christmas and Easter, go away on family vacations or have a local day trip. Holidays may also coincide with regional days of celebration or Carnival periods - for example as we live in the Rhineland, we always have a few days off for Carnival celebrations (for this year's recipe with respect to these popular holidays, pls go HERE). 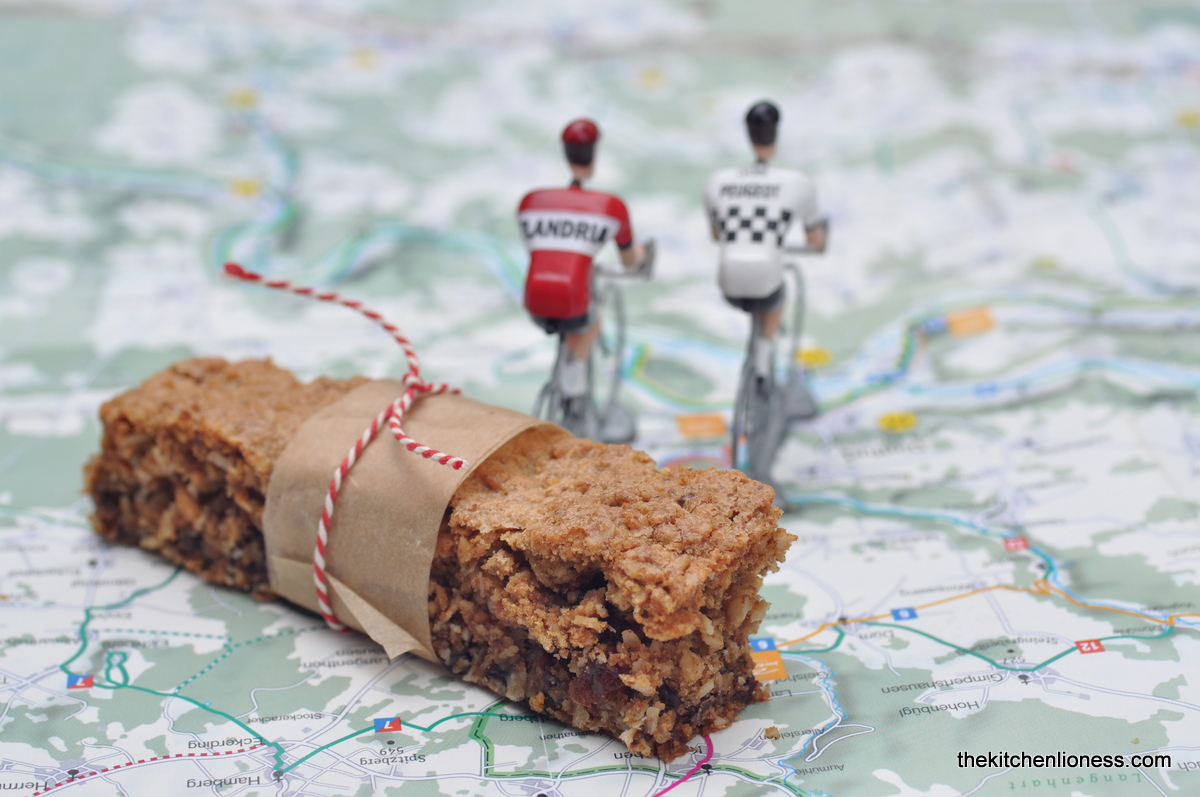 Different beginning and ending days for the holidays are meant to ensure that the German highways, rail system and airports are not overwhelmed with vacationing families at the same time.

But just in case you want to make sure to be well prepared for and well-fed during your trip (no matter the method of transportation), following is a lovely recipe for my Müsli Power Bars that can easily be prepared in advance of your trip, fed to your hungry travel companions during the trip or be packed up and enjoyed at your place of desination. They are chock-full of protein (nut butter), heart healthy oats, dried fruits, coconut and dark chocolate to keep all of you travelers happy and your energy levels up. 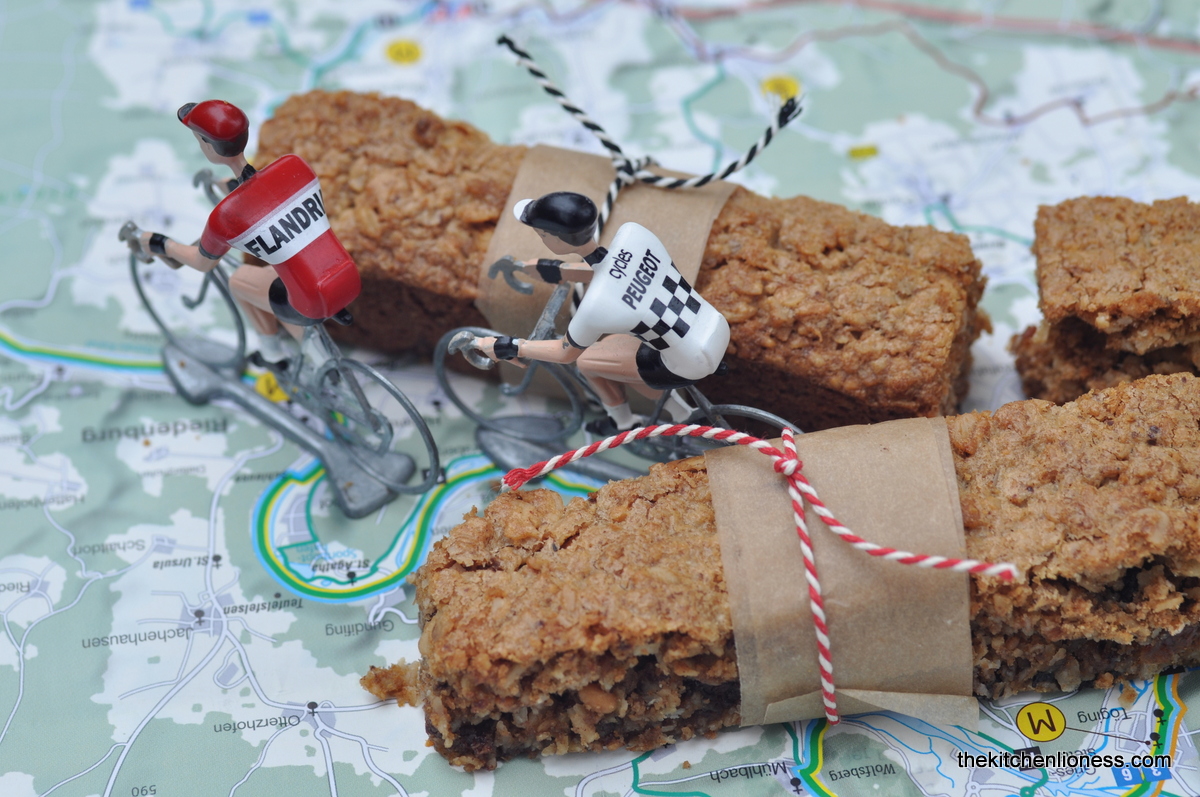 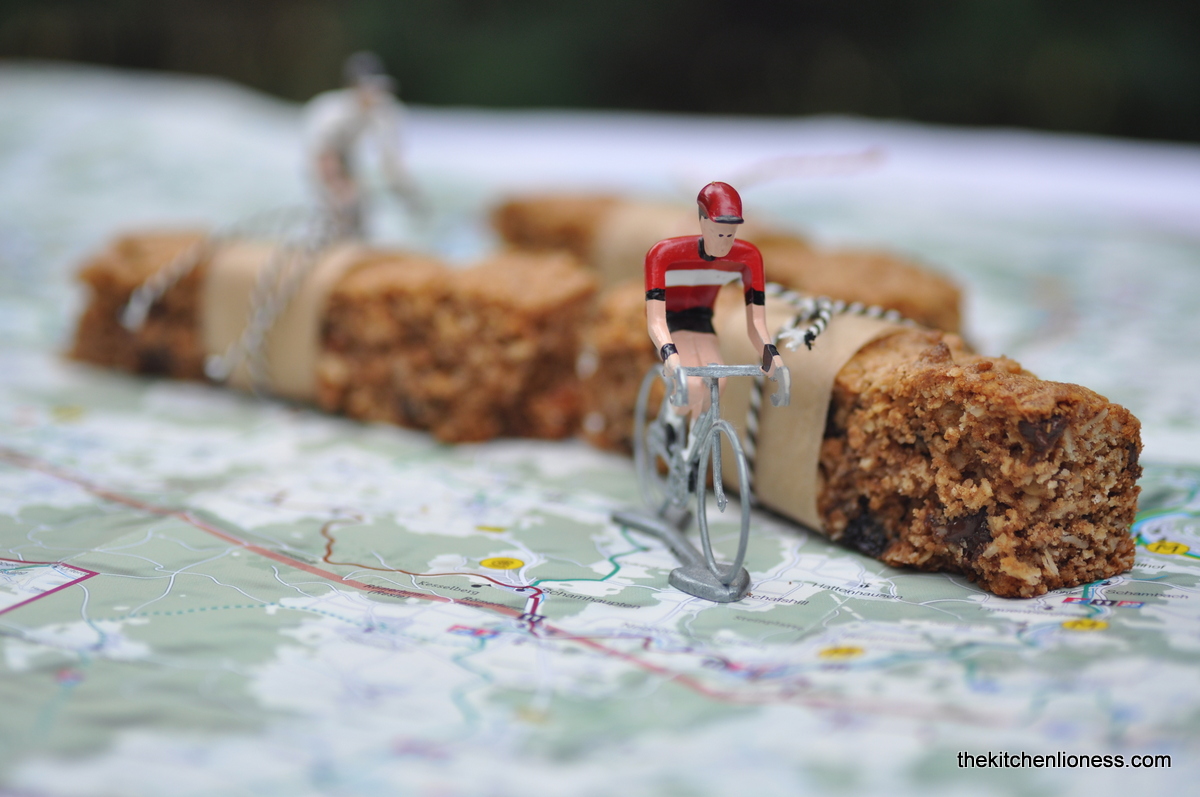 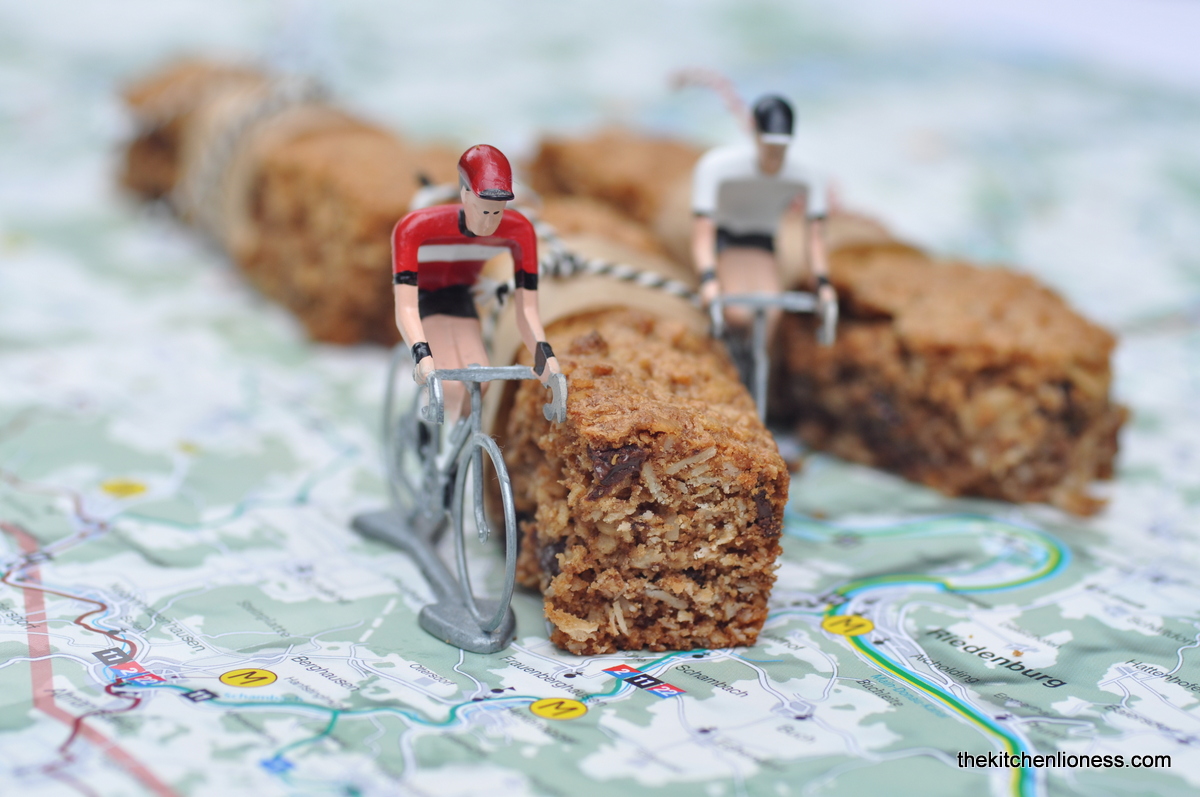 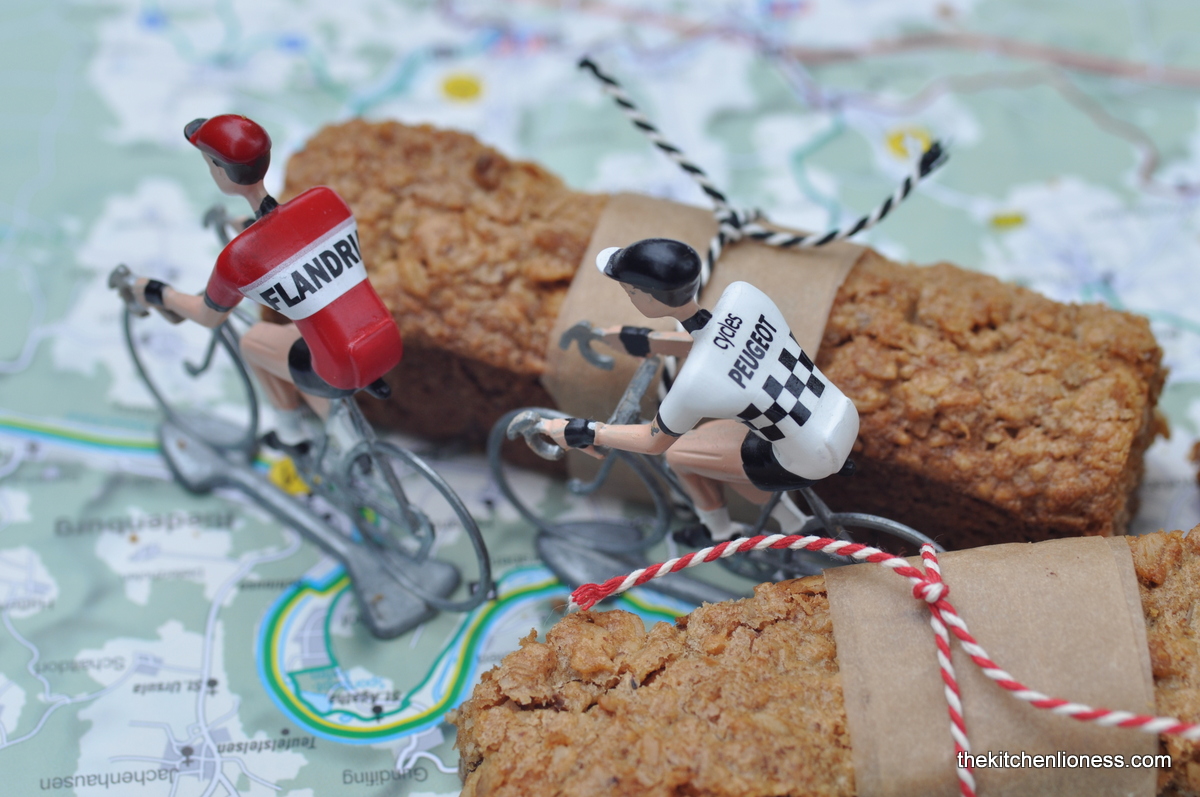 While we can all use energy from the these delicious Müsli Power Bar during our travels, it certainly cannot hurt to reassure ourselves of a bit of saintly protection of St. Cristopher, whose service to travelers earned him the honor of being the patron saint and protector of travelers. It is the story of a man who was, himself, a traveler, and of his journey to find Christ.

According to legend, St. Christopher, initially called ‚Reprobus‘, encountered a hermit who instructed him on the Christian faith. He suggested that he might use his strength to help travelers cross a dangerous river. One day a child arrived to be carried across the river, Reprobus took the child upon his shoulders, but as he crossed the river, the child grew heavier until Reprobus feared he would fall and that they would both drown. When he finally reached the other side, he said to the child: "You have put me in the greatest danger. I do not think the whole world could have been as heavy on my shoulders as you were." The child replied: "You had on your shoulders not only the whole world but Him who made it. I am Christ your king, whom you are serving by this work."

When they reached the opposite bank, Christ asked Reprobus to press his staff into the ground. When he did, the staff turned into a beautiful flowering tree, and he was rewarded. Christ then baptized Reprobus in the river and gave him his Christian name which ‚Christopher‘ which means ‚Christ-bearer‘. 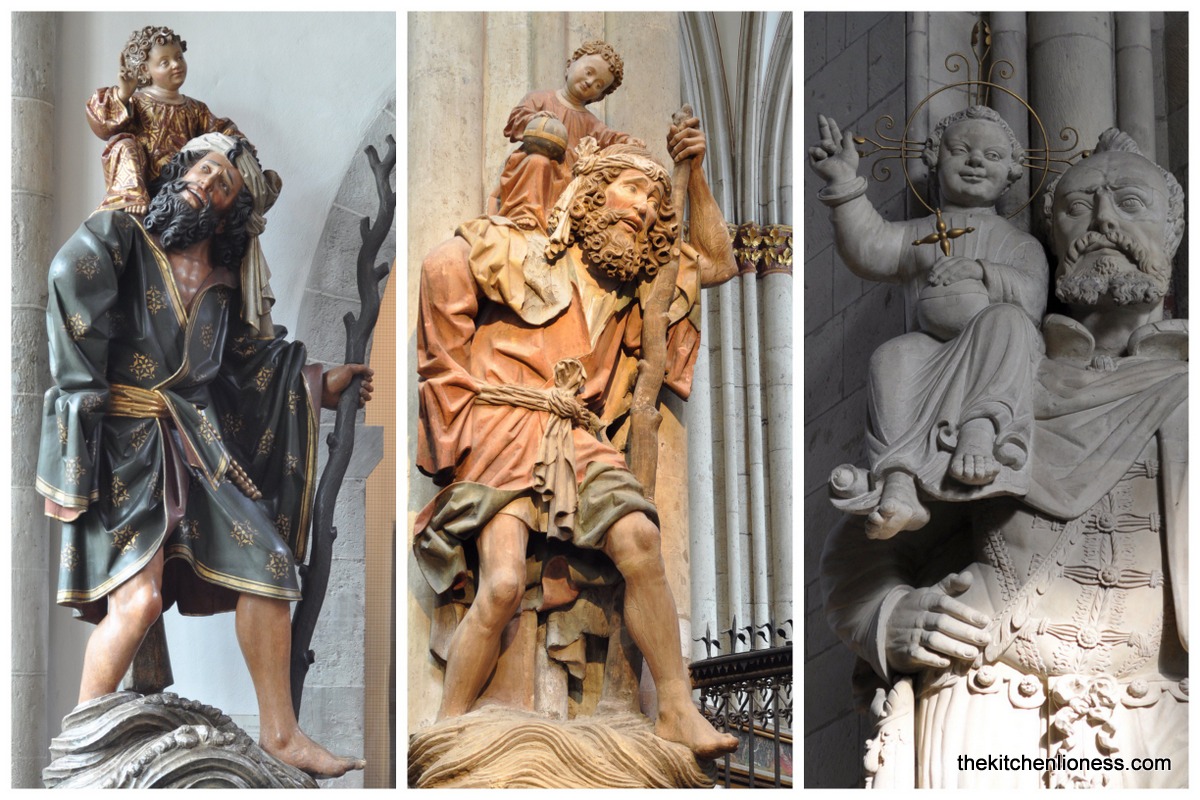 The above three pics of the St. Christopher statutes were taken by me at the famous Cologne Cathedral (Kölner Dom), St. Andreas Basilica (Basilika St. Andreas) also in Cologne and at the Münster Cathedral (St.-Paulus-Dom).

Christopher spent the remainder of his life in the service of Christ and worked tirelessly to spread Christ's teachings. He died a martyr in Lycia, in 251 A.D. 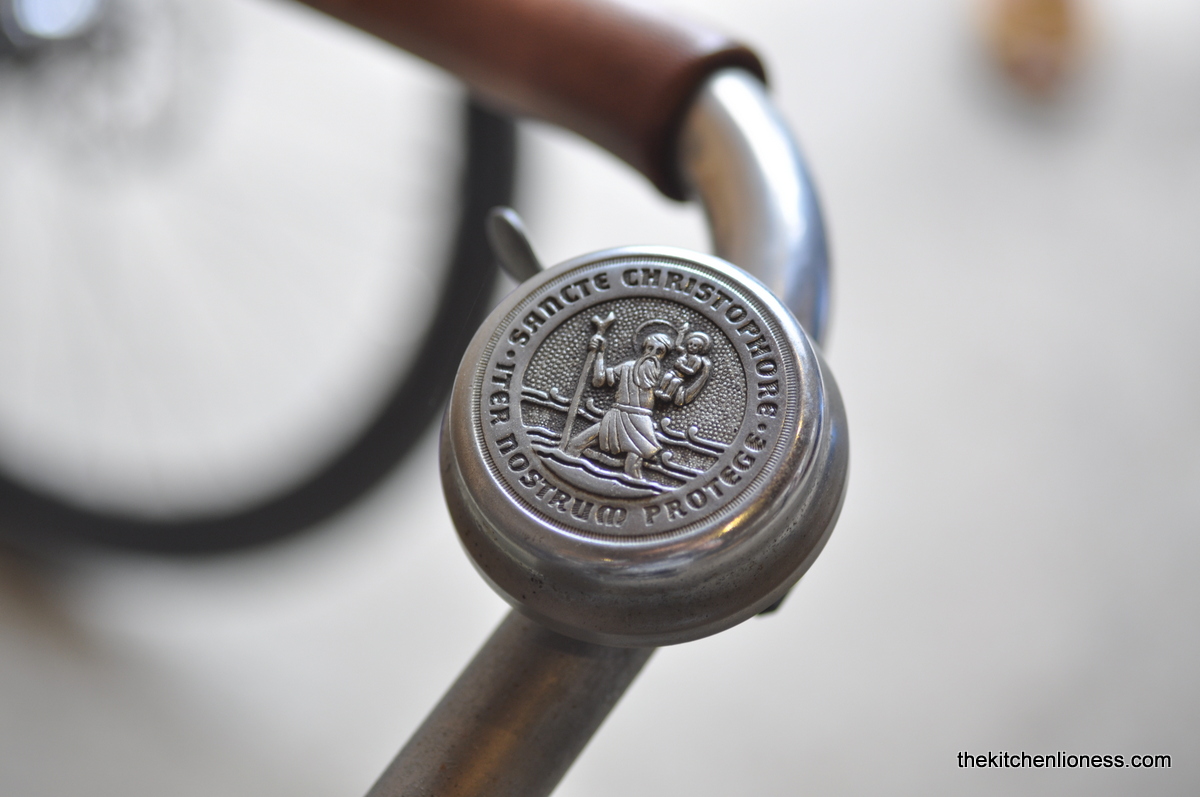 All St. Christopher medals depict a bearded, middle-aged man. Upon his shoulders sits a child representing Christ, and in his hand is a staff. The Latin inscription around the medal, this one on a bicycle bell reads ‚Sancte Christophore - Iter Nostrum Protege‘ which means ‚Saint Christopher protect us during our travels‘. 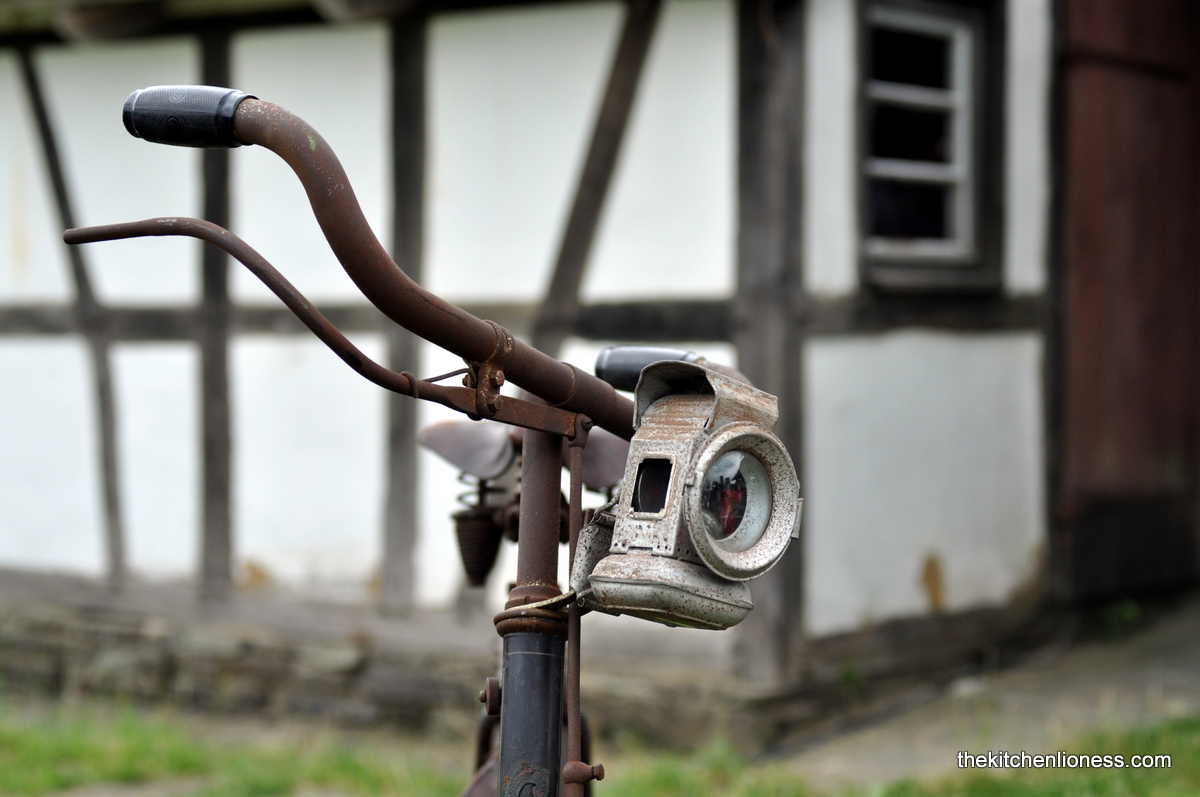 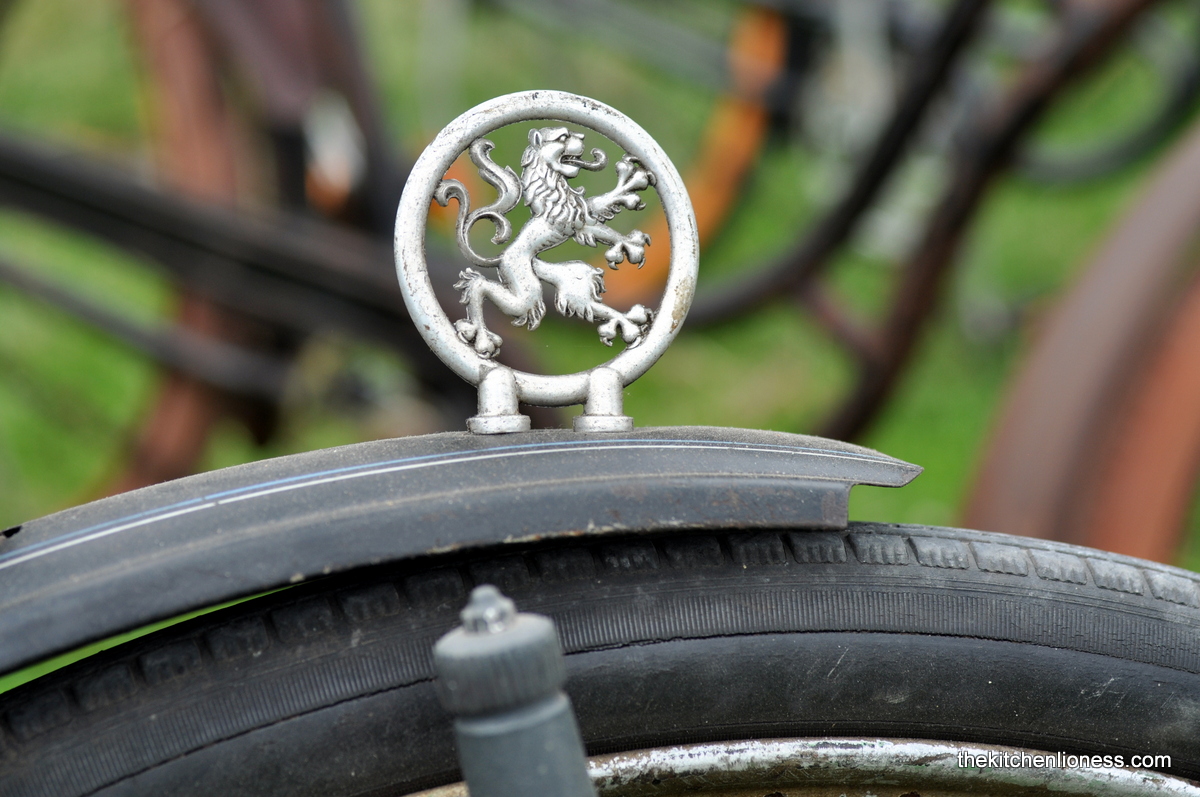 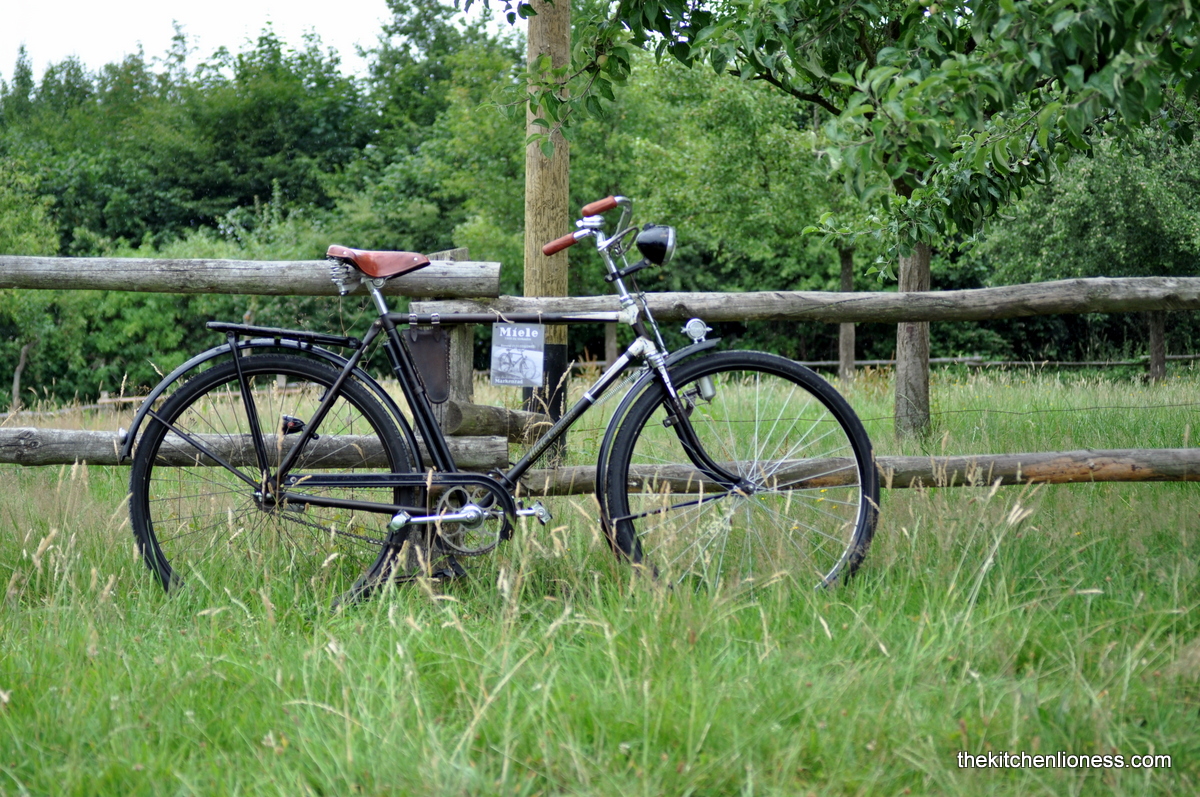 (Ad/Werbung): my recipe for the Müsli Power Bars (Müsli Energieriegel) is part of my series for a 'local' (meaning across the state of North Rhine-Westphalia) radio station, where, throughout the year, I present different baked goods that are closely tied to various holidays and seasons. If you are interested, have a listen (in German) HERE.

The various recipes can be found here: