Today´s recipe for the Tuesdays with Julia group are Buttermilk Crumb Muffins. 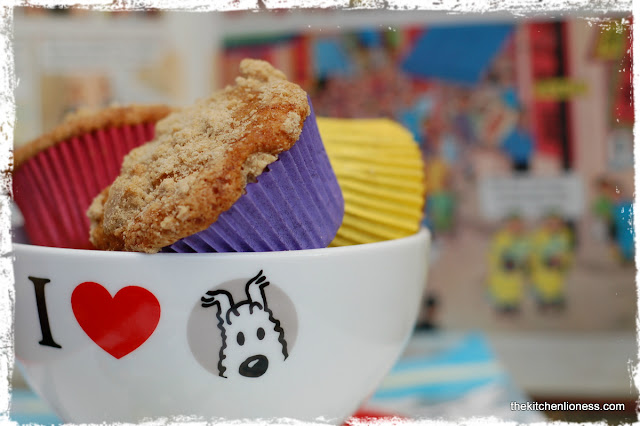 With so many Birthdays parties during the last two weeks, I was quite happy to have a simple baking task for today. The Buttermilk Crumb Muffins by contributing baker Marion Cunningham were delightfully easy to prepare and I did stick to the recipe except for one ingredient, I used butter instead of vegetable shortening which I do not really use for baking much, except in the occasional pie crust. 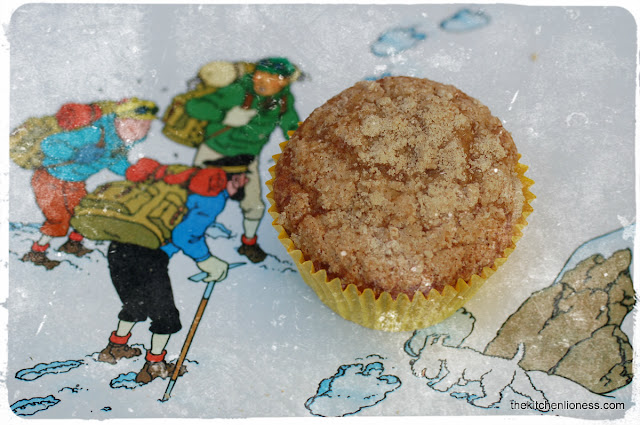 The recipe required no more than a few ingredients. Except for the shortening (or as I already mentioned, butter in my case), flour, cinnamon and freshly grated nutmeg (which I love to use at this time of the year), some salt, baking powder and baking soda, light brown sugar (which I always get at the “British Shop” in large quantities), eggs and buttermilk are the only other ingredients required. 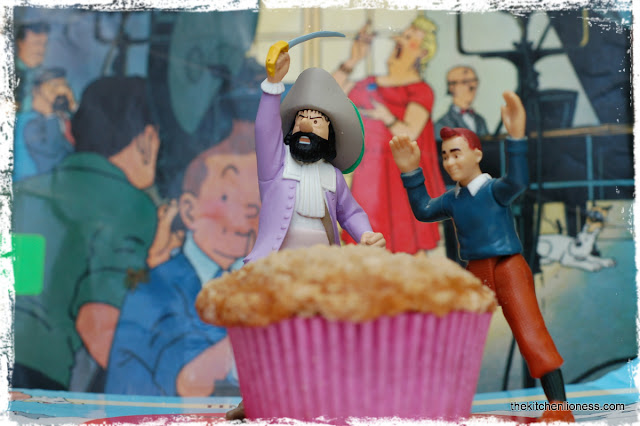 Whenever I want to use buttermilk in my baking, we take the kids to our favorite farm and while I shop for farm fresh eggs and the really thick buttermilk in the adjacent shop, the kids get to admire the chickens, cows, pigs, turkeys and ducks. After the drive home on Sunday, the muffins were quickly put together. 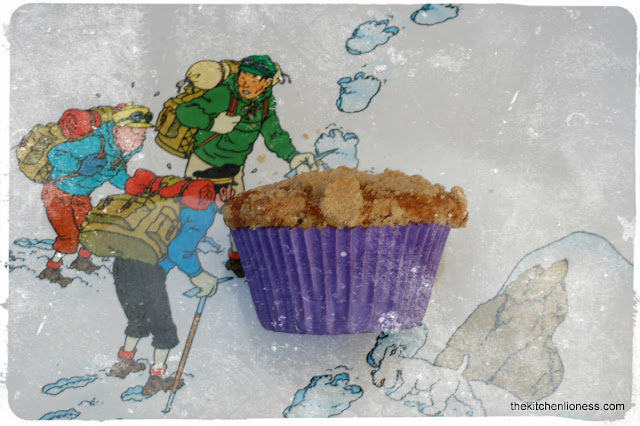 We all enjoyed them while still warm, fresh from the oven and it was a good opportunity to read and look at the delightful comics called “The Adventures of Tintin”. “Les Aventures de Tintin” as the original is called or “Tim und Struppi” as it is called around here is a series of comic albums created by Belgian artist Georges Remi who wrote under the pen name of Hergé. The series is one of the most popular European comics of the 20th century, with translations published in more than fifty languages. 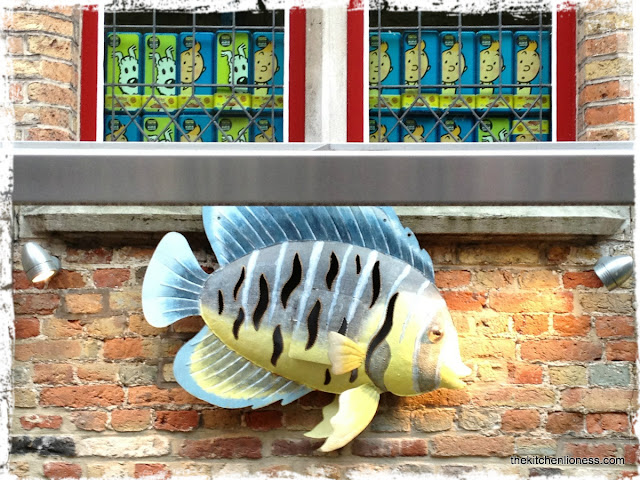 We visited the amazing City of  Brugge, Belgium a few times and during our last trip there, I discovered an adorable store that carries dinner ware as well as all kinds of merchandise with the “Tintin design”, I bought a Café au Lait bowl there, some comics and figurines. 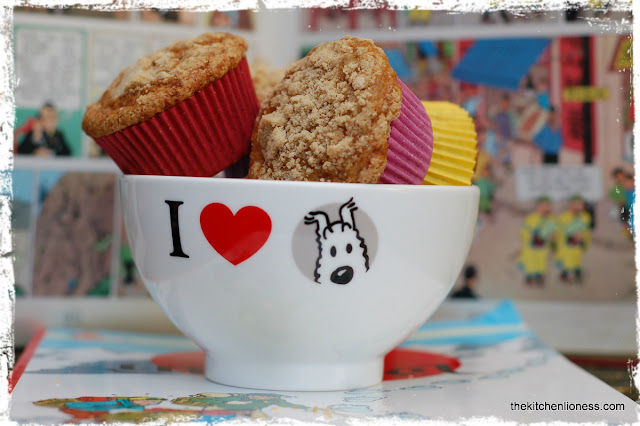 So in the afternoon when we all sat down for some muffin eating and comic reading, I decided to take some picture with the “Tintin” comics as the main theme. The kids and I had a really fun time, got to love "Tintin". 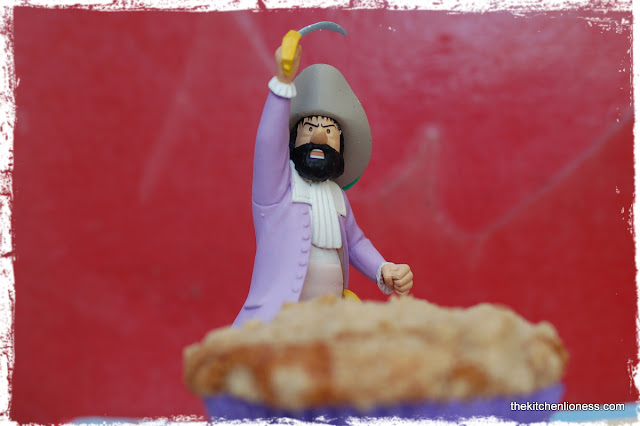 Since the Tintin comics are very colorful with lots of bright reds and yellows and blues, I decided to bake the Buttermilk Crumb Muffins in equally colorful liners. 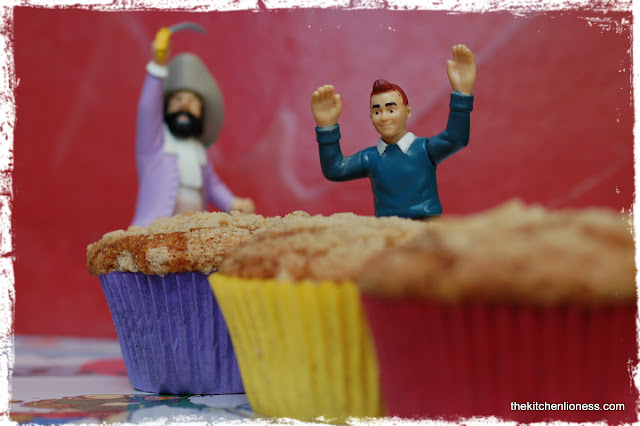 Overall, these muffins were quick and easy and tasted like a light coffee cake. They were well received by the young taste testers.

To see all the other Buttermilk Crumb Muffins by the other talented members of the Tuesday with Dorie group, please do click here.

The recipe can be found at Alisa´s delightful blog Easier Than Pie - thank you so much for hosting, Alisa!