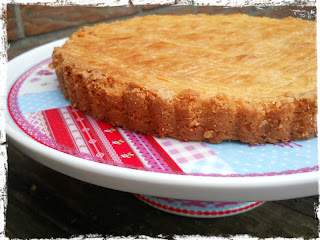 I came across this recipe for Gâteau Breton (Brittany Butter Cake or Bretonischer Kuchen)  from Nigella Lawson' s "How To Be A Domestic Goodess" Cookbook and immediately knew that I had to give it a try. It looked elegant and easy enough to put together even on a rather late afternoon.

Besides, having farm fresh eggs and butter on hand helped my decision along quite a bit, to bake this cake. The result is a buttery cross between shortbread/cookies and cake. The taste only gets better, the higher the quality of the butter and eggs you use.

Since there are not too many ingredients in this cake, the difference in the quality of ingredients used, is quite noticable in the end result.

Recipe for Gâteau Breton
(as adapted from Nigella Lawson "How To Be A Domestic Goddess", published by Chatto & Windus 2000, available through www.amazon.com)

25 cm Springform tin, buttered well (I used a 10 inch Fluted French Tart Pan with removeable bottom - gives the finished cake a nice look and is available at www.gobel.fr or at www.amazon.com) 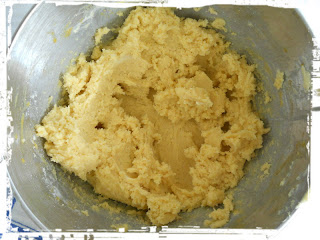 1. Preheat the oven to 190 degrees Celsius (375 degrees Fahrenheit). Mix the glaze, and put aside while you get on with your gateau.

2. Put the flour into a bowl (I never bother to sieve 00 flour because it's so finely milled, but if you're using regular plain flour then do so), stir in the sugar and add the butter and egg yolks.

3. With the dough-hook attachment of a mixer, slowly whirr till you've got a smooth, golden dough. Scoop this dough into the tin, and smooth the top with a floured hand: expect it to be very sticky; indeed, it should be. 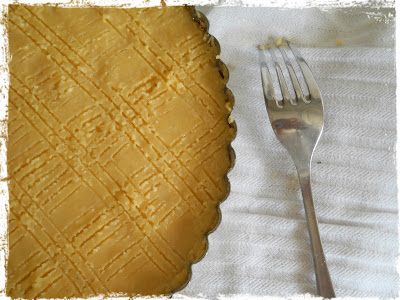 4. Brush the gateau with the glaze, and mark a lattice design on top with the prongs of a fork.


5. Bake for 15 minutes, then turn the oven down to 180 degrees Celsius (350 degrees Fahrenheit) and give it another 25 minutes or so until it's golden on top and firm to the touch. 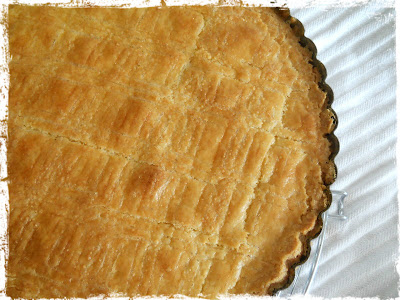 6. Let it cool completely in the tin before unmoulding it. 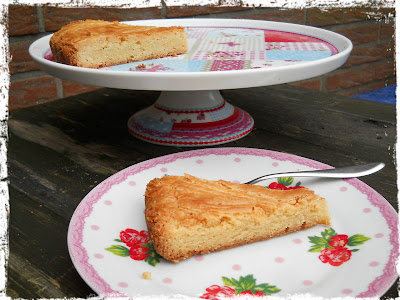 7. For serving: either cut it in traditional cake-like wedges or criss-cross, making irregularly sized diamonds. 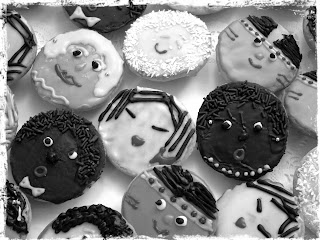 In order to celebrate Carnival (Karneval) this year,  I chose a recipe for so-called "Amerikaner", which, of course, means "Americans". There are a few different theories as to where that name originated.

One is, that the original recipe included "ammonium bicarbonate" which was cumbersome to pronounce and was therefore changed to "Amerikaner", well, I much prefer the explanation that they were fashioned after the black-and-white cookies, a well known New York favorite.

In any event, these cookies have been sold in German bakeries for quite some time now. The preparation is very similar except for the decorating part. While "Amerikaner" are sold year round with either chocolate or vanilla fondant icing, for the Carnival season they get "dressed up" with colorful faces like the costumes worn by the kids during Carnival season.

To recreate the "Amerikaner" ("Americans") you can easily use the recipe for Mini Black-and-White Cookies from the December 2005 issue of Gourmet magazine.

1. Preheat oven to 350 degrees Fahrenheit (160 degrees Celsius)
2. Prepare two baking sheets
3. In a bowl, whisk together flour, baking soda, and salt.
4. In a cup, stir together buttermilk and vanilla.
5. In a large bowl of an electric mixer, beat together butter and sugar until pale and fluffy. Add egg, beating until combined well.
6. Reduce speed to low and add flour mixture and buttermilk mixture alternately in batches, beginning and ending with flour mixture, and mixing just until smooth.
7. Drop rounded teaspoons of batter 1 inch apart onto baking sheets.
8. Bake until tops are puffed, edges are pale golden, and cookies spring back when touched, 6 to 8 minutes total.
9. Transfer to a rack to cool.

1. Stir together confectioner's sugar, corn syrup, lemon juice, vanilla, and 2 tablespoons water in a small bowl until smooth.
2. Transfer half of icing to another bowl and stir in cocoa.
3. With offset spatula spread icing over cookies and decorate as desired. 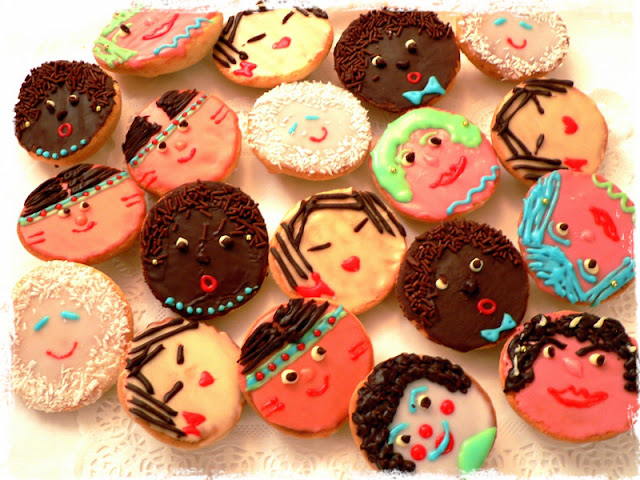 Visit to a French Bakery in Bonn, Germany

Today, we took a trip to a French Café/Bistro/Pâtisserie called "C´est la Vie" in Bonn (Germany). You can order breakfast there, enjoy lunch or quiches and "tartines" or just pick up some wonderrful brioches, pains au chocolat, croissants, or other viennoiserie.

This was part of the selection of wonderful baked goods on the day that I visisted... 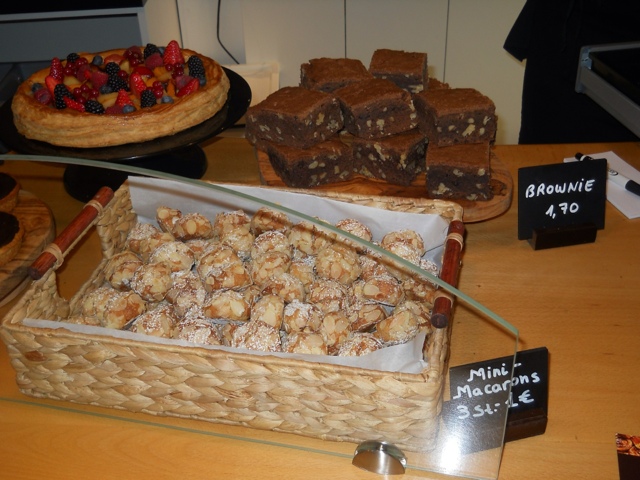 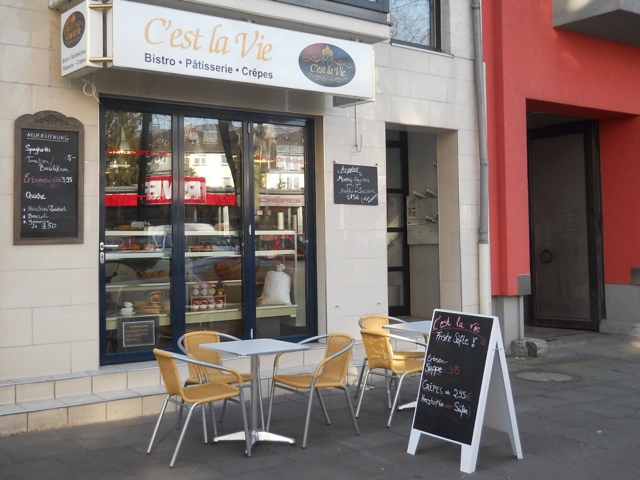 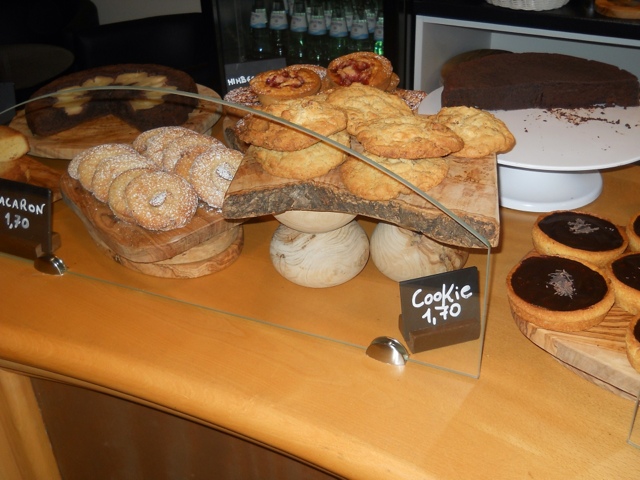 When the weather is nice, just sit outside... 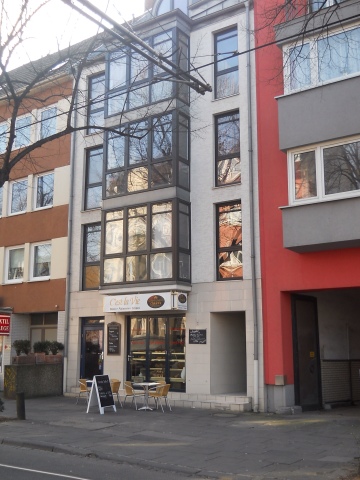 ...whatever you choose from the menu, it is bound to be wonderful! BON APPÉTIT! 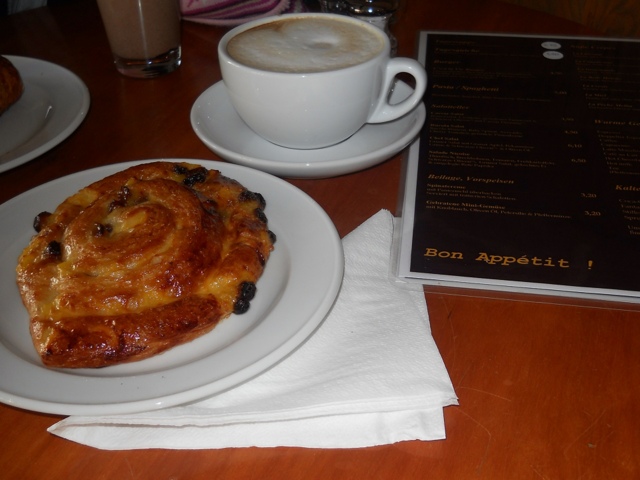 Visit to a French Bakery in Cologne, Germany

Today we took a trip to a French Bakery in Cologne, Germany, called "Epi" (www.epi-cologne.eu). We bought some wonderful baguette and eclairs there. 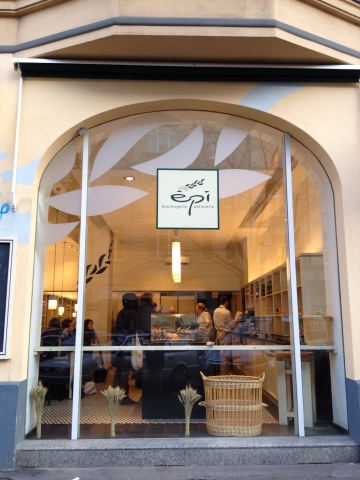 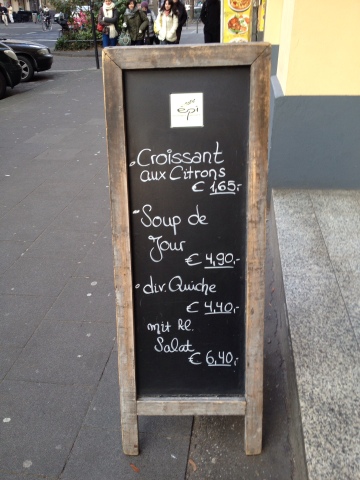 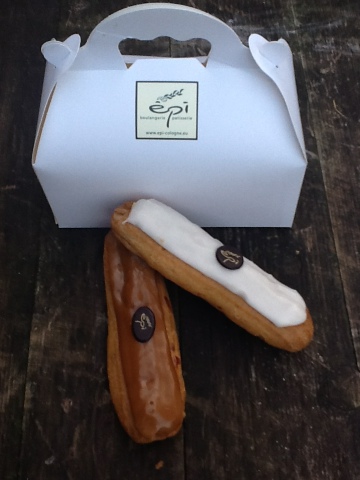 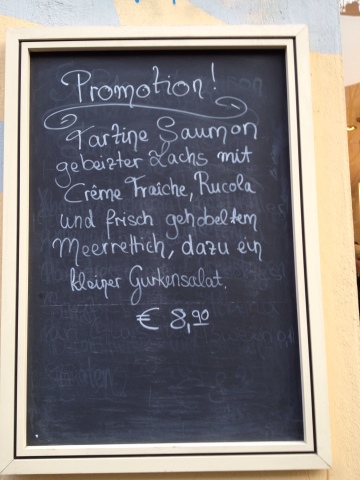