Celebrate the Season with a Green Spring Tart


The sun is coming out and with it comes a harvest of tasty spring vegetables and this vibrant Green Spring Tart is a delicious way to enjoy seasonal veggies that are available now, in this fabulous month of April.

This tart is a wonderful light lunch or dinner of all butter puff pastry topped with delicious green asparagus, to which I added a few stalks of leftover white asparagus from the previous day (this is optional, of course), green peas, wild garlic leaves from our garden and farm fresh eggs – all of which sit on a bed of creamy soft cheese enhanced with soft herbs such as Italian parsley, basil, tarragon and/or chives, best to go with what you have on hand, which is probaly what you enjoy the most. The tart is simply bursting with the fresh flavors of spring, and, if you ask me, spring just couldn't be more tasty than this. 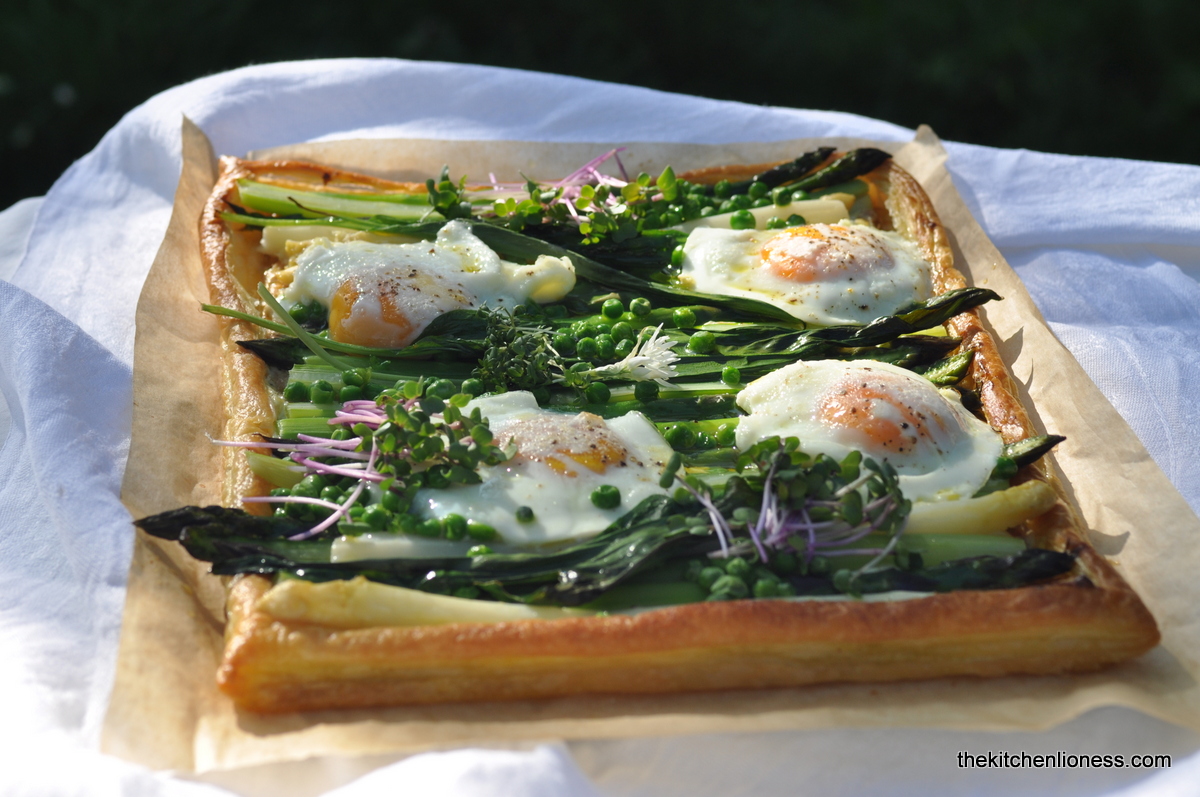 'Blanching' means to plunge a fruit or vegetable into boiling water for a short amount of time before transferring it to an ice bath, which quickly stops the cooking. 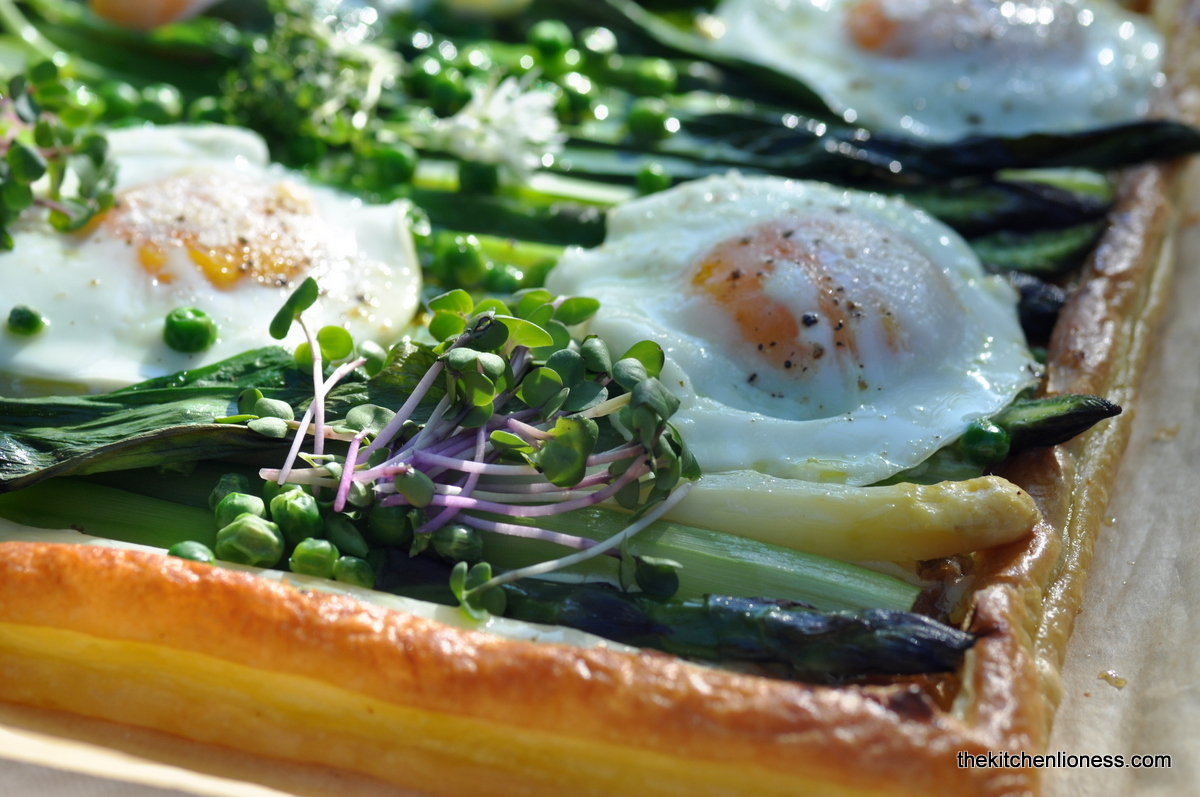 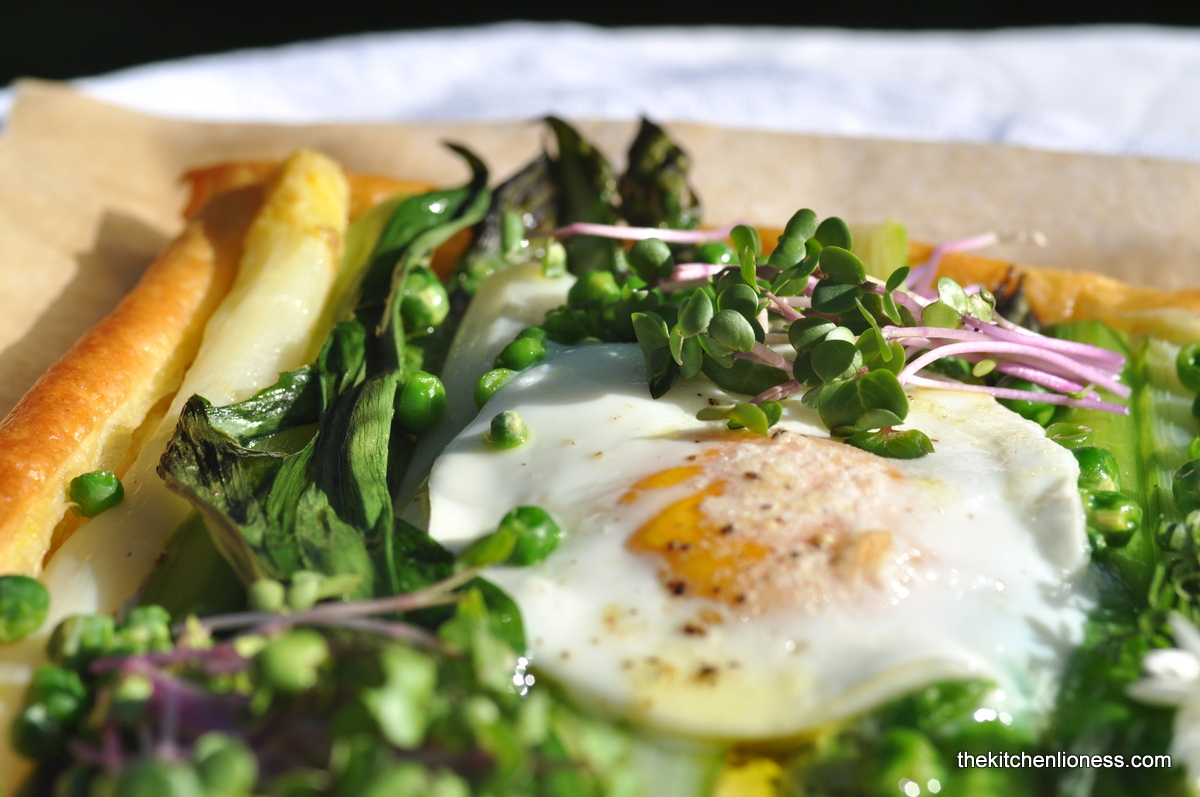 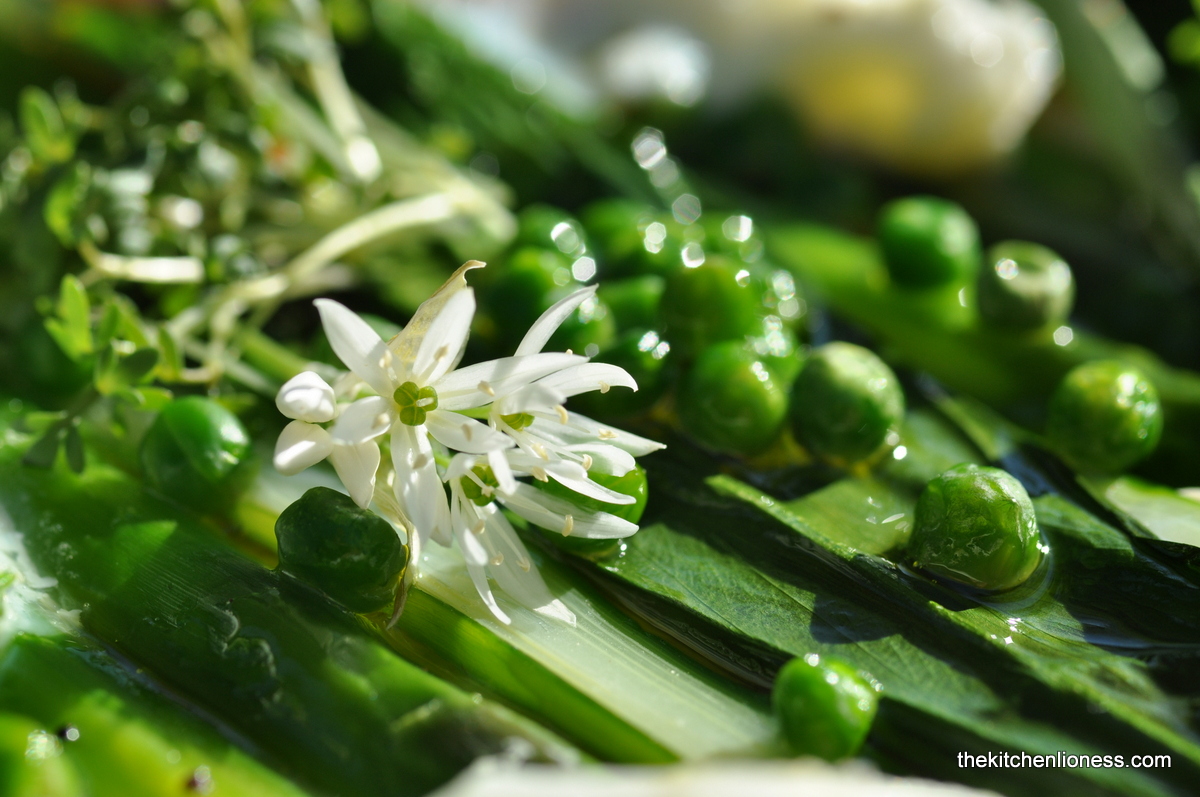 Enjoy this rustic and simple tart of crisp and flaky puff pastry topped with creamy cheese and the most delicious of green spring veggies and herbs. Complete with a few eggs if you like and then finish it all off with different types of fresh, peppery cress, such as pink radish and garden cress, herb blossoms (for the looks) and maybe a few drops of really good extra virgin olive oil.


Lamb & Bunny Cakes (Osterlamm & Osterhasen Kuchen) are traditional German Easter desserts. Around here, these cakes are the centerpiece and dessert on many tables at Easter. The sweet lamb, representing the Lamb of God, is baked in a special lamb shaped mold then served as is or decorated with either a simple sprinkling of powdered sugar, or in some homes, with frosting. Same holds true for the Bunny Cake.

Pound cake is the best candidate for a mold because of its close crumb. Mine is flavored with ground almonds, cinnamon and vanilla plus I used white spelt flour  – you just need the right molds to get started. 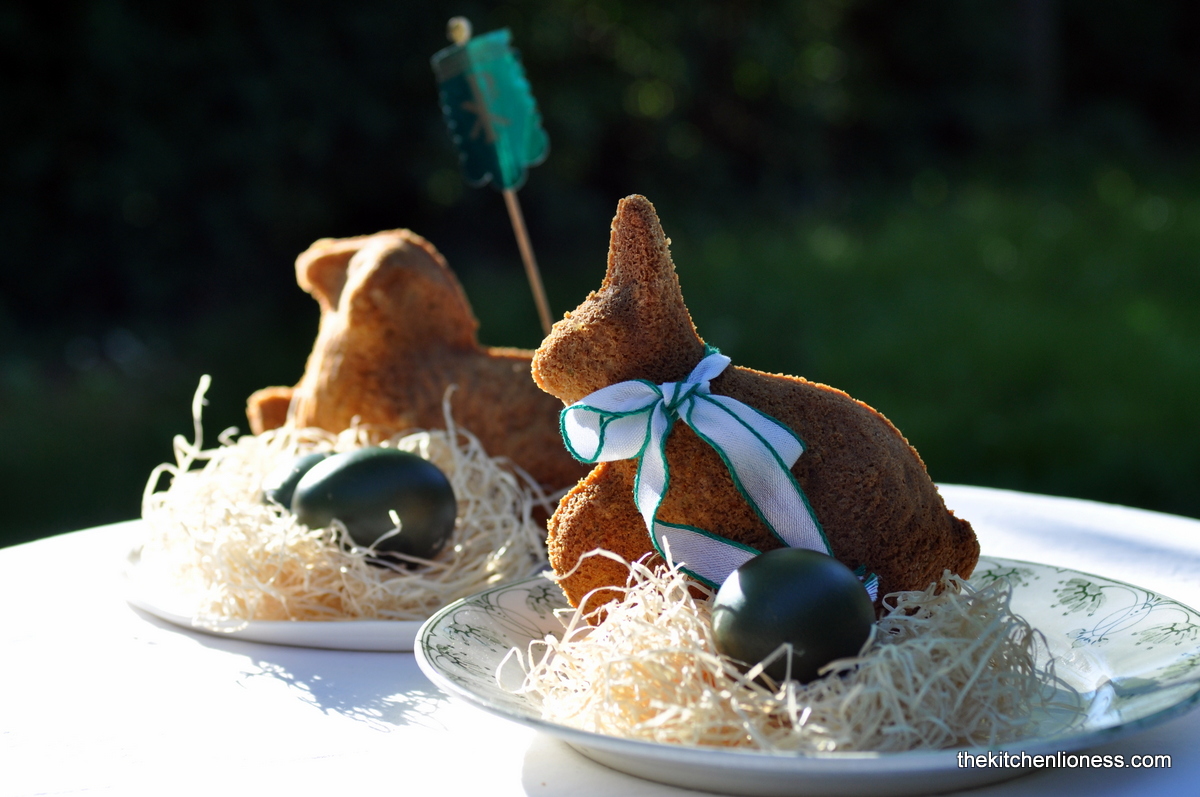 As far as the molds are concerned, they are basically two types, cast-iron ones that are often considered family treasures passed down to other keen bakers through the years, usually more pricey and harder to find than the regular light-weight aluminum ones that, come Easter, are readily availble at kitchenware stores or online. 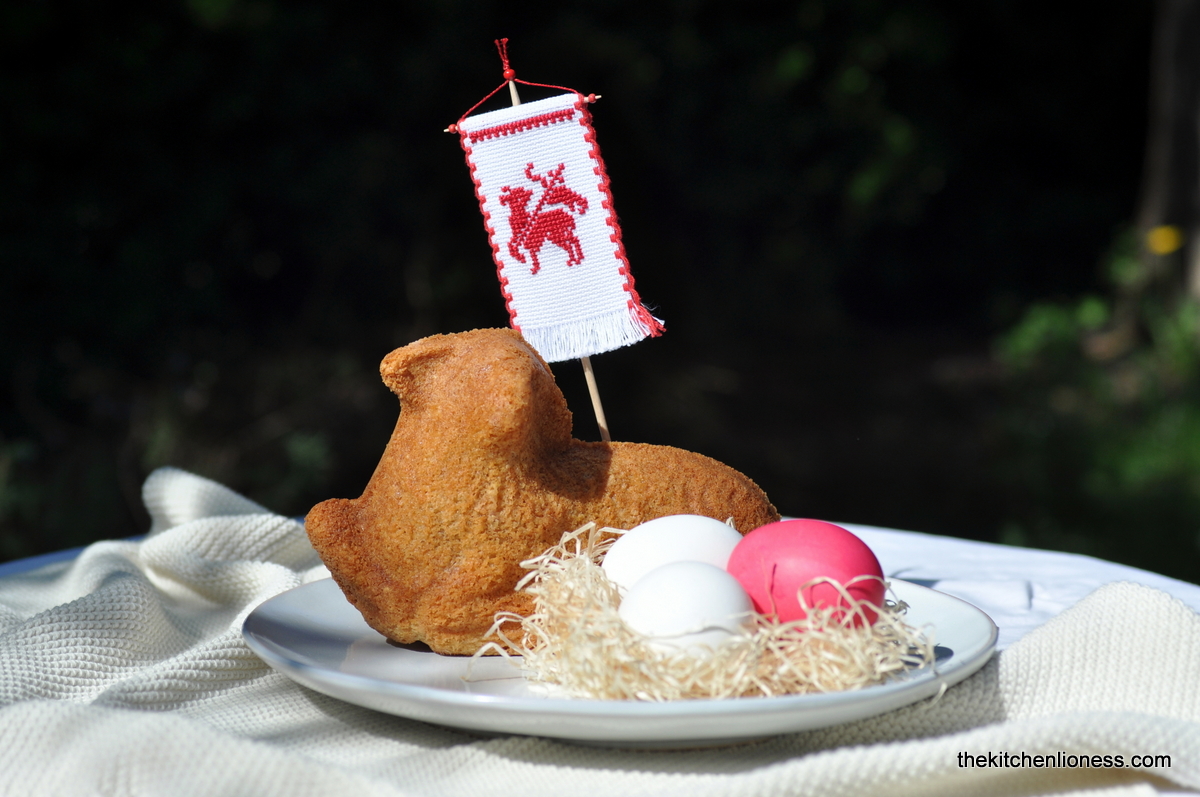 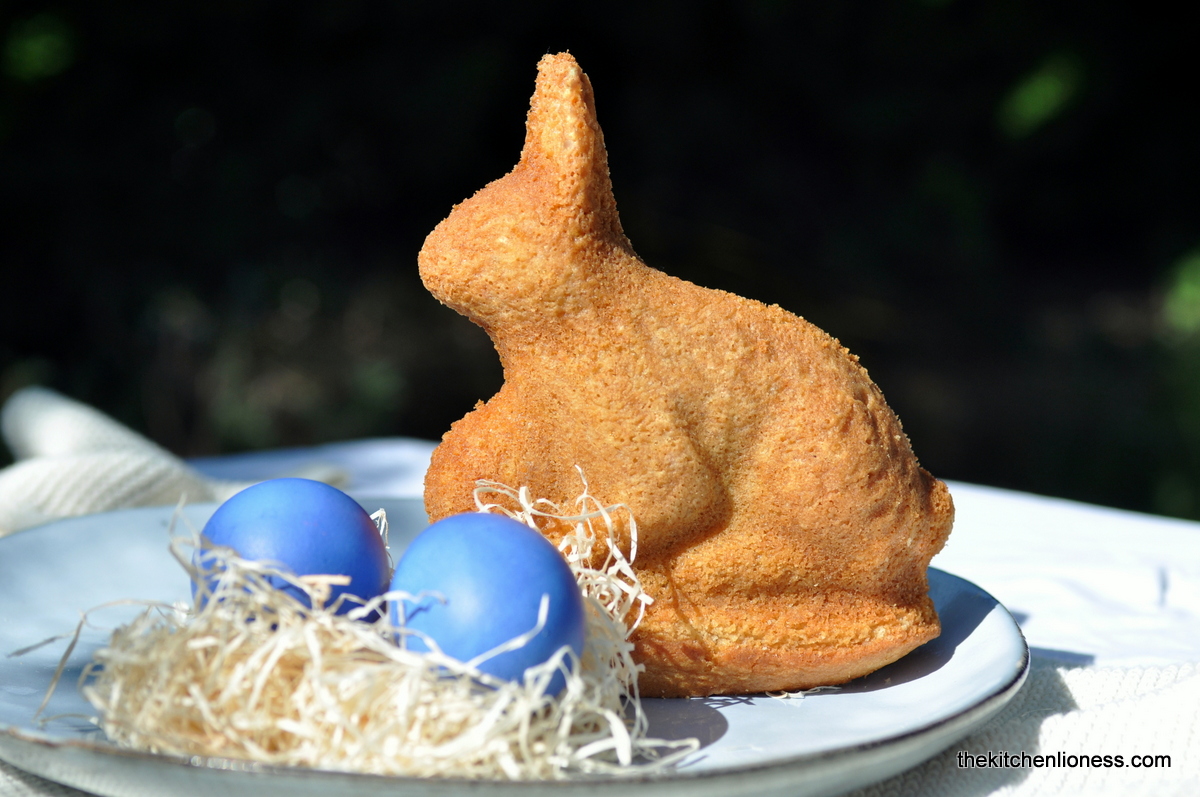 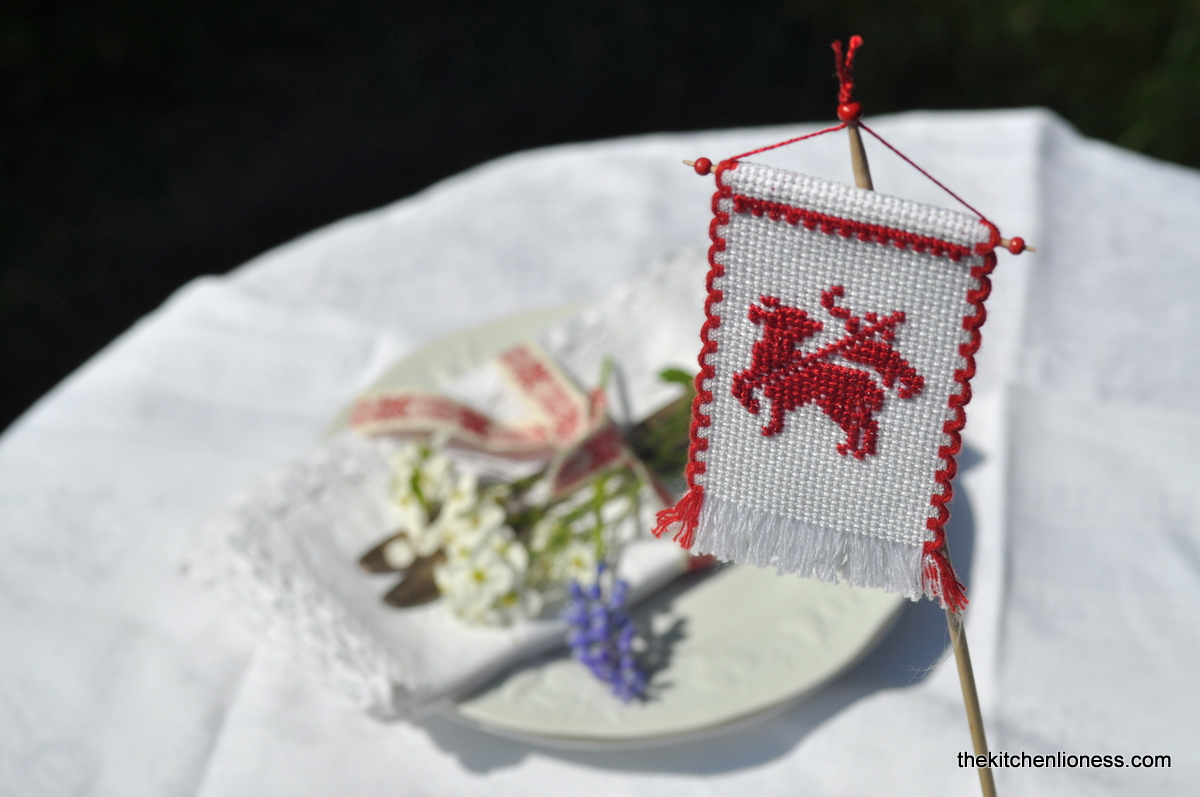 If you wish, surround the Easter Lamb & Bunny Cakes with colored eggs and display as a beautiful centerpiece on the table in the days leading up to Easter. You'll definitely want to enjoy looking at them for a while before you eat them. The cakes won't go bad, although they obviously won't be quite as delicious as the day you baked them. 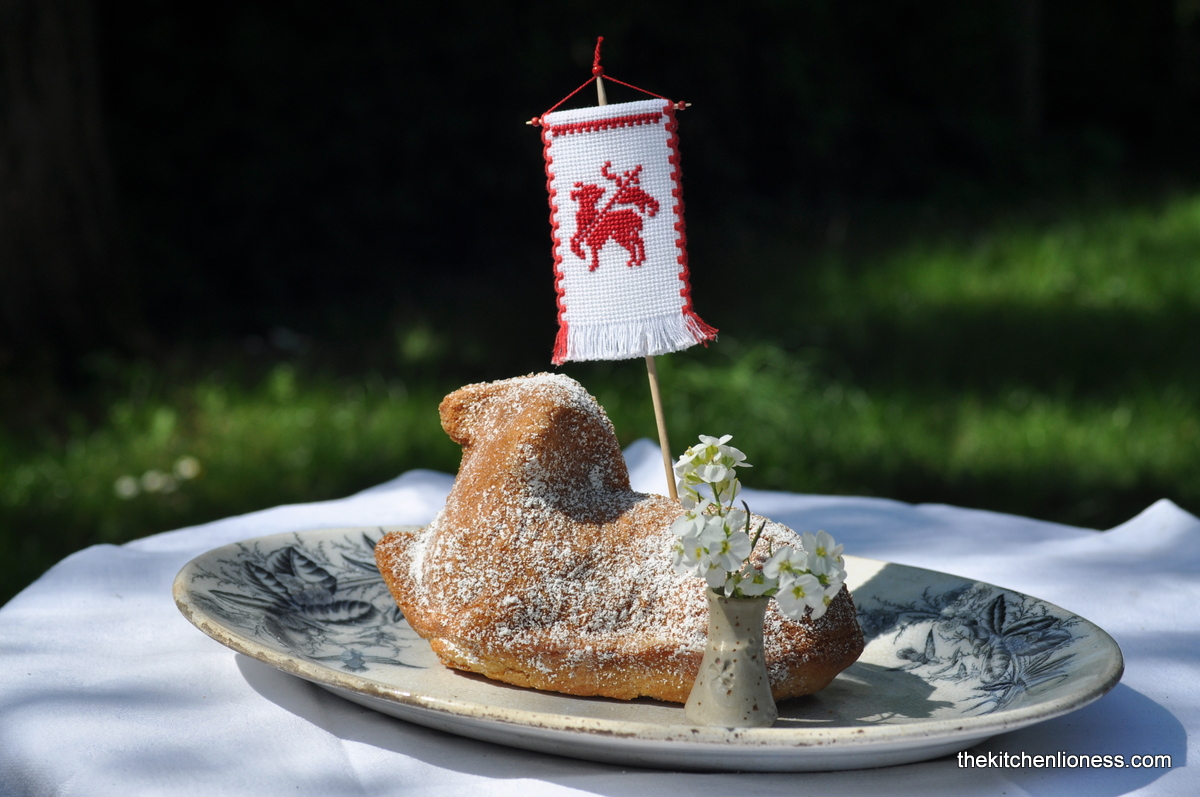 The Easter Lamb Cake is sometimes decorated with a bow around its neck and the Resurrection flag, as is the tradition. I like to serve my lambs with different colored flags and this year I finally managed to get a traditional hand-stichted flag for some of my lamb cakes.


Wishing all of my readsers, their families and friends a Very Happpy Easter! 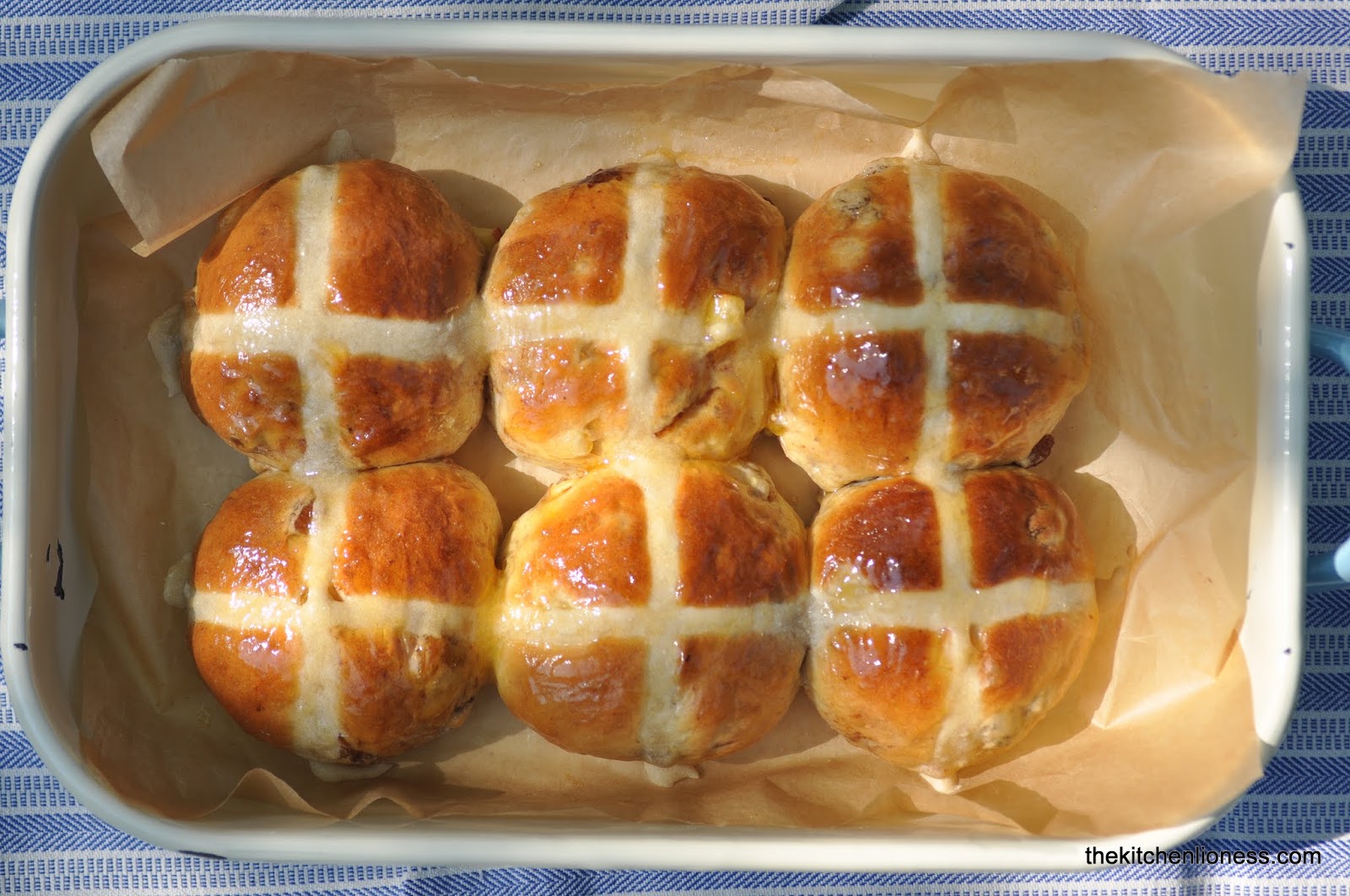 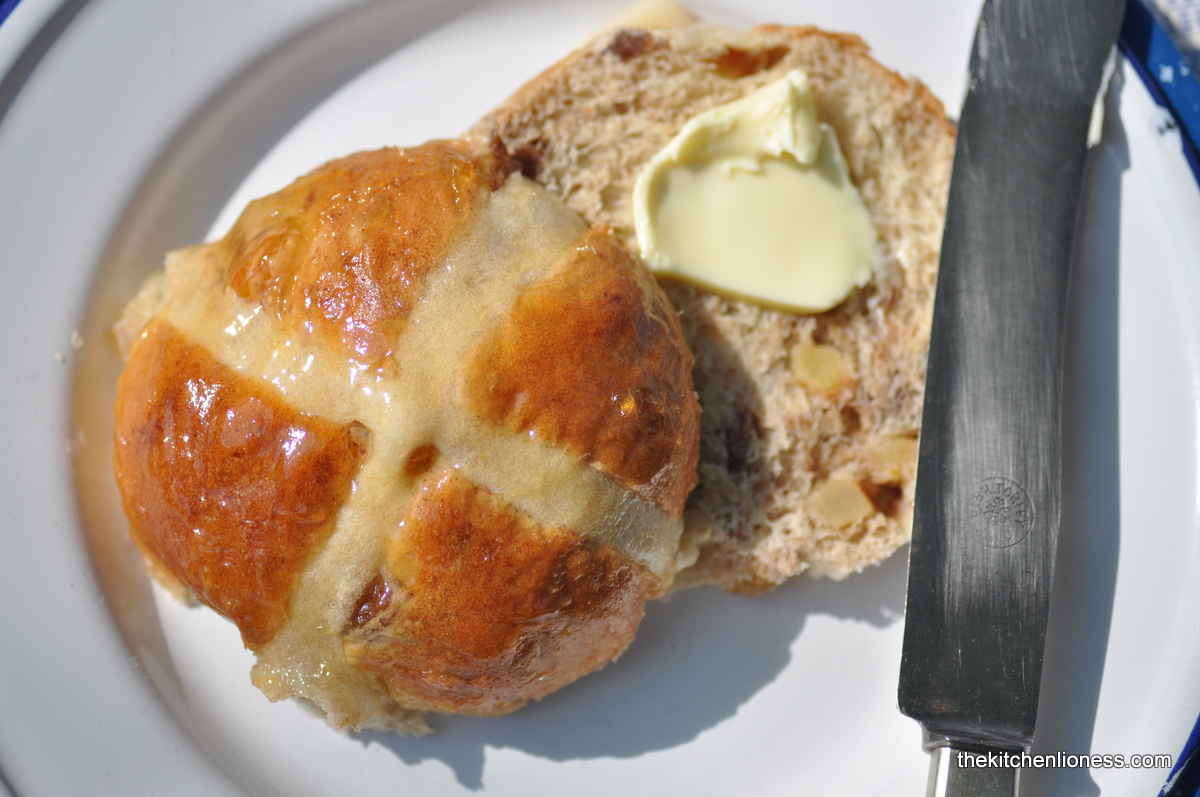 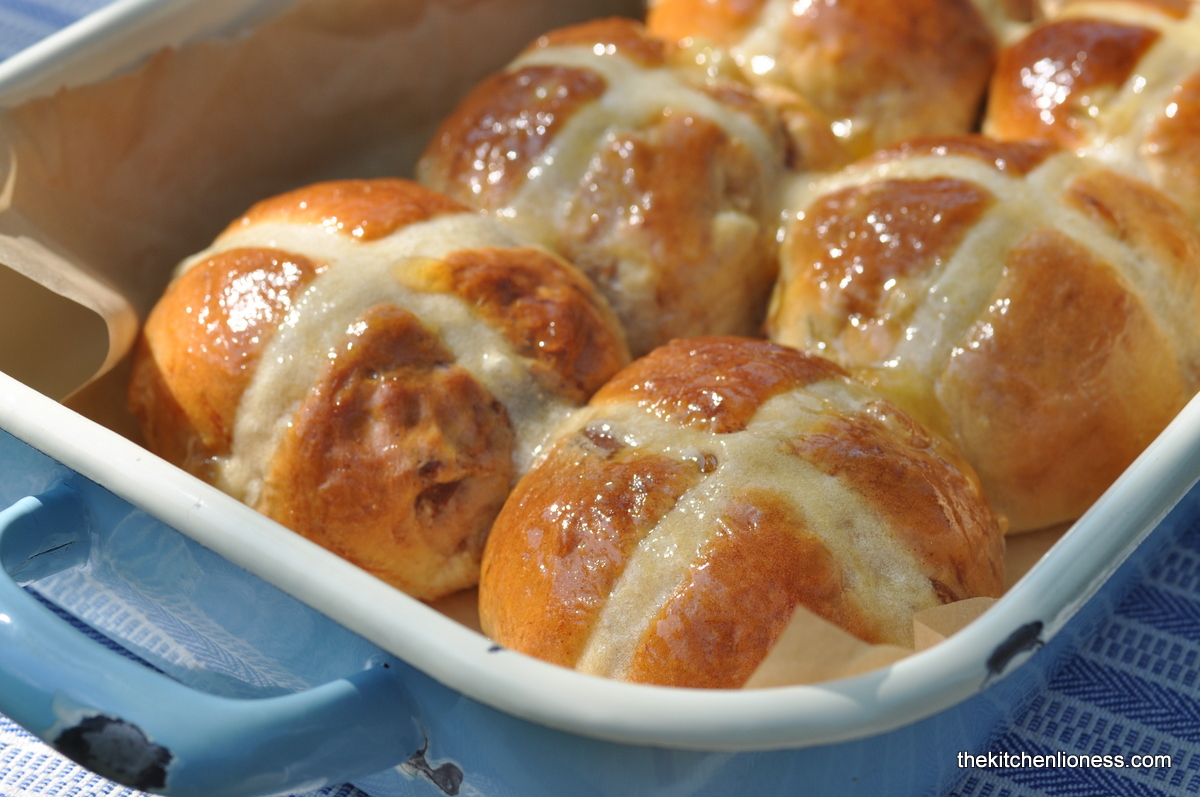 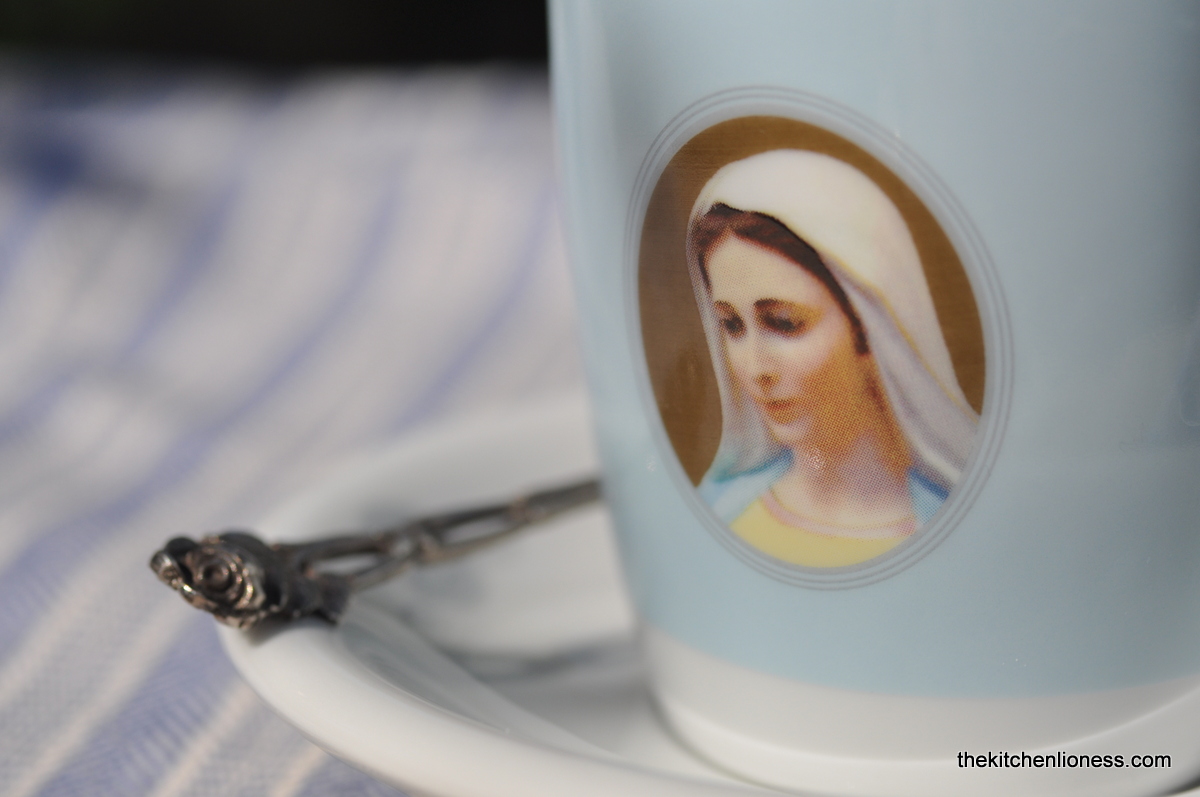 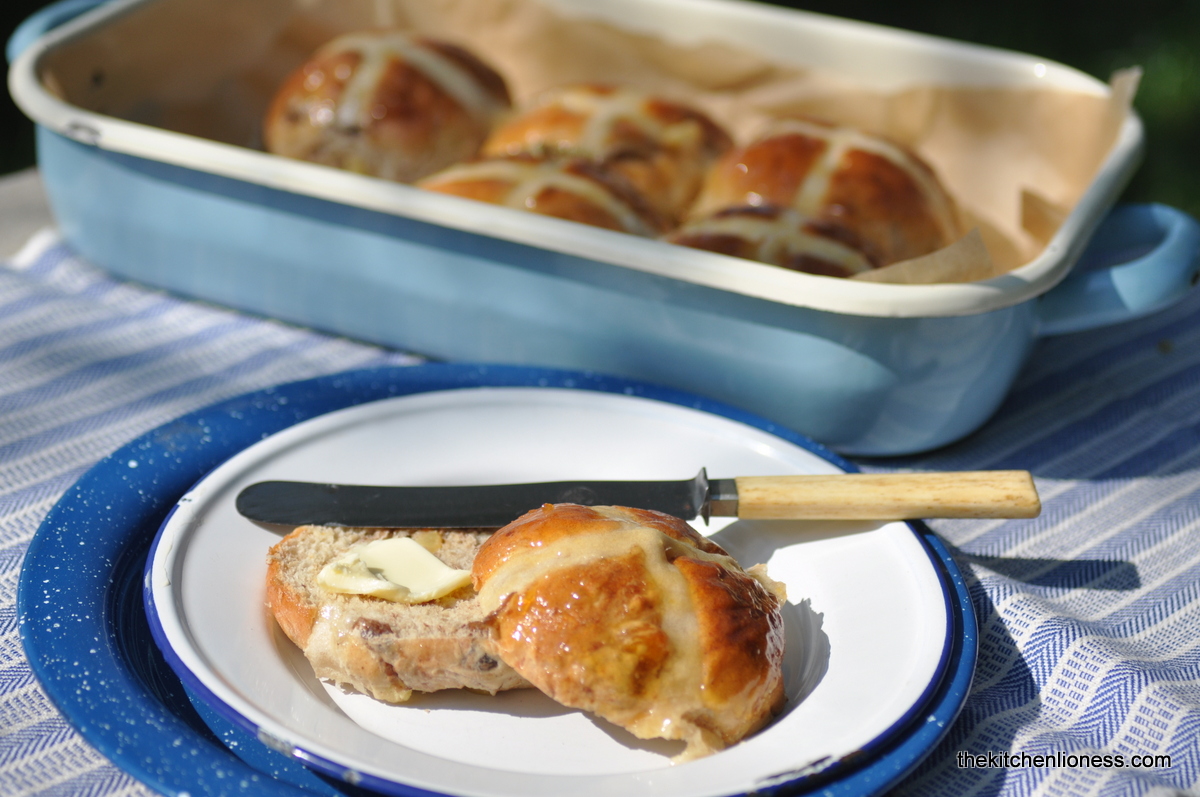 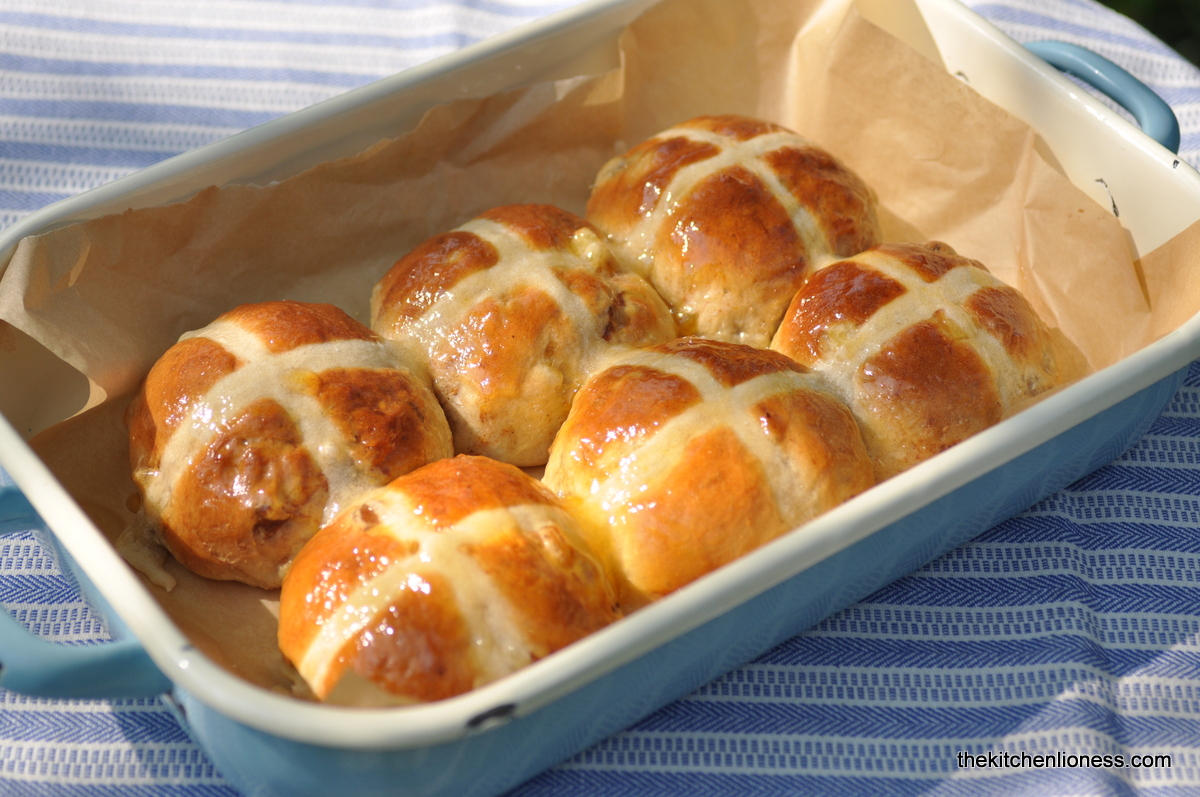 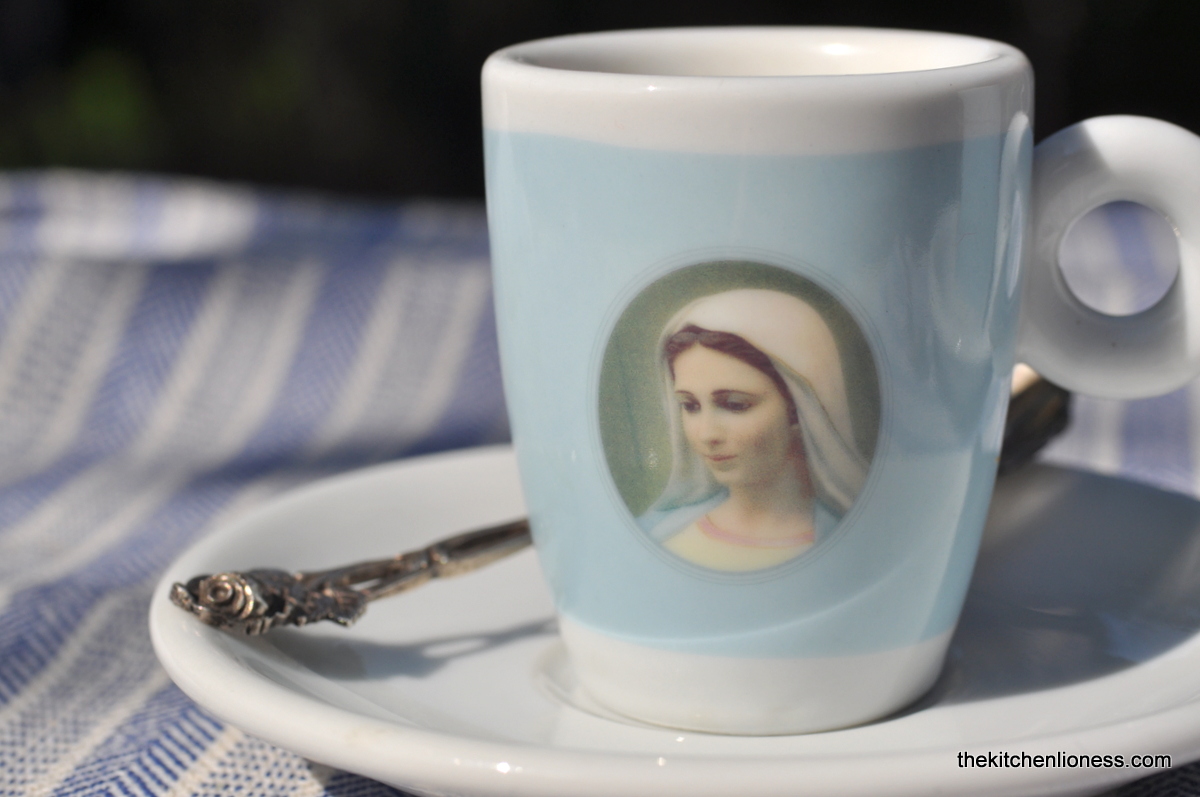 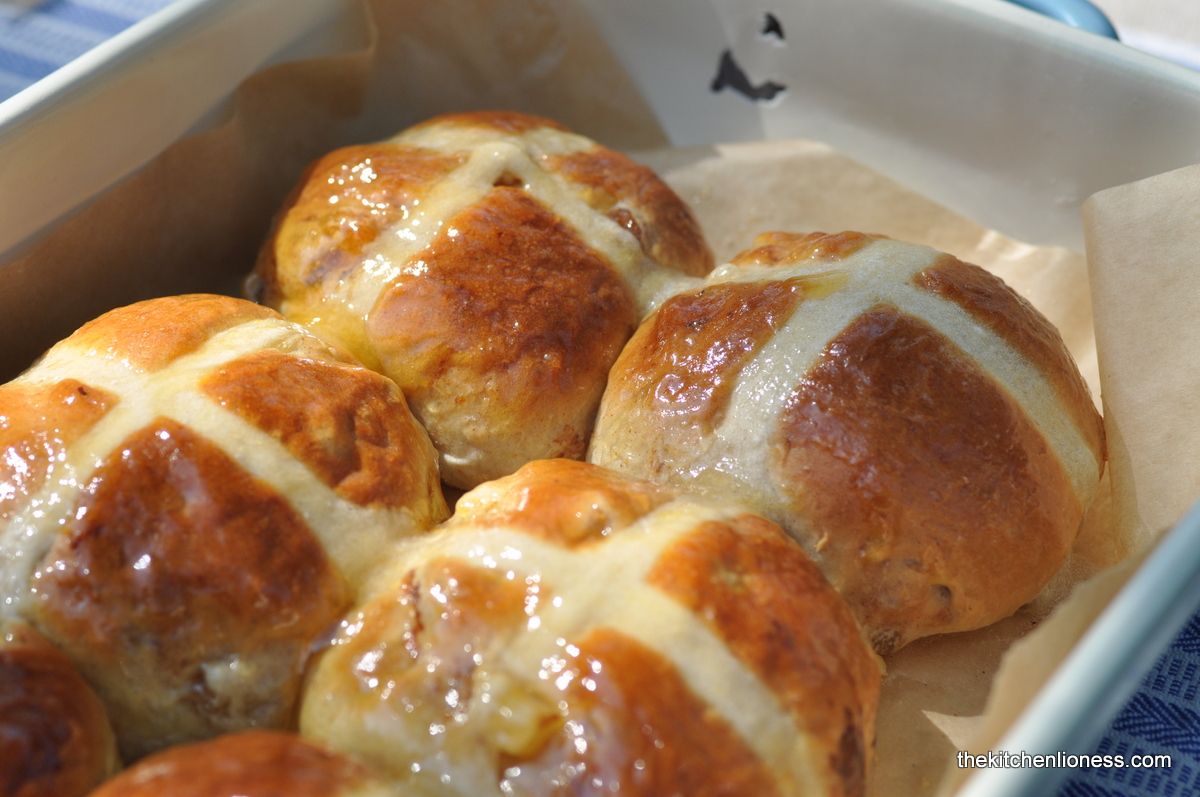 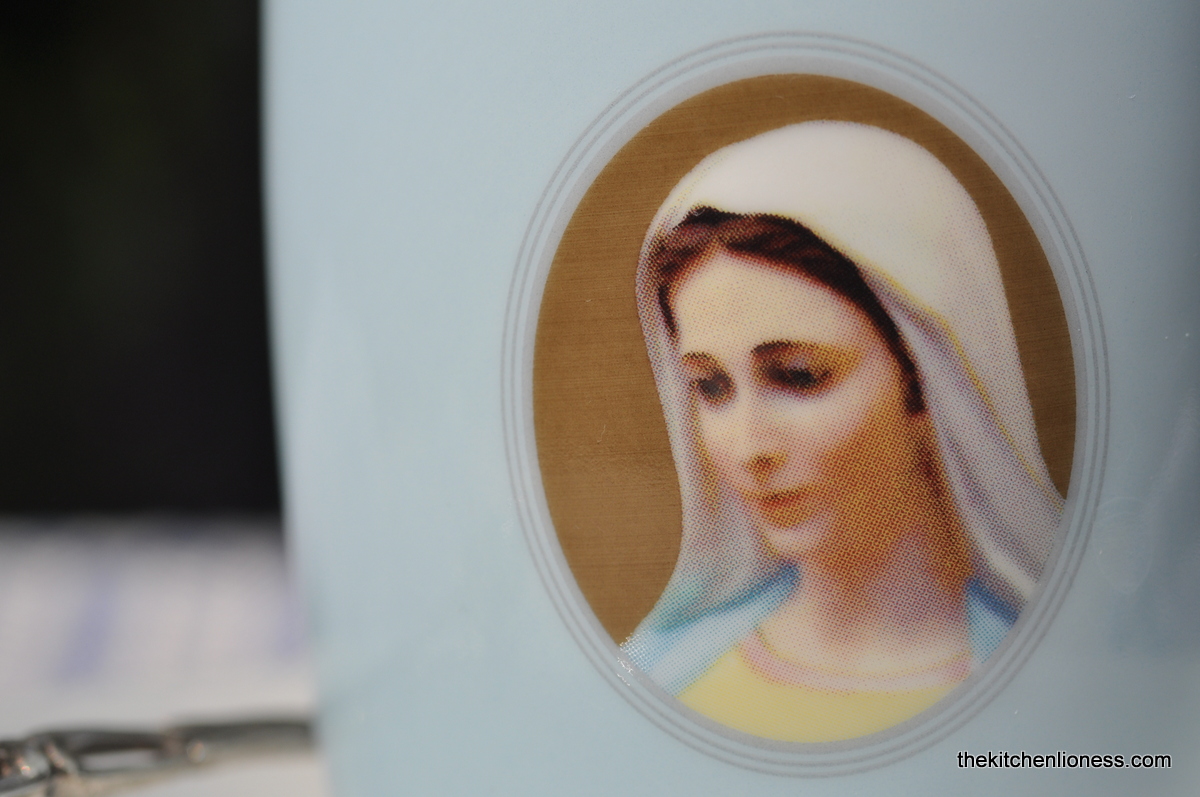