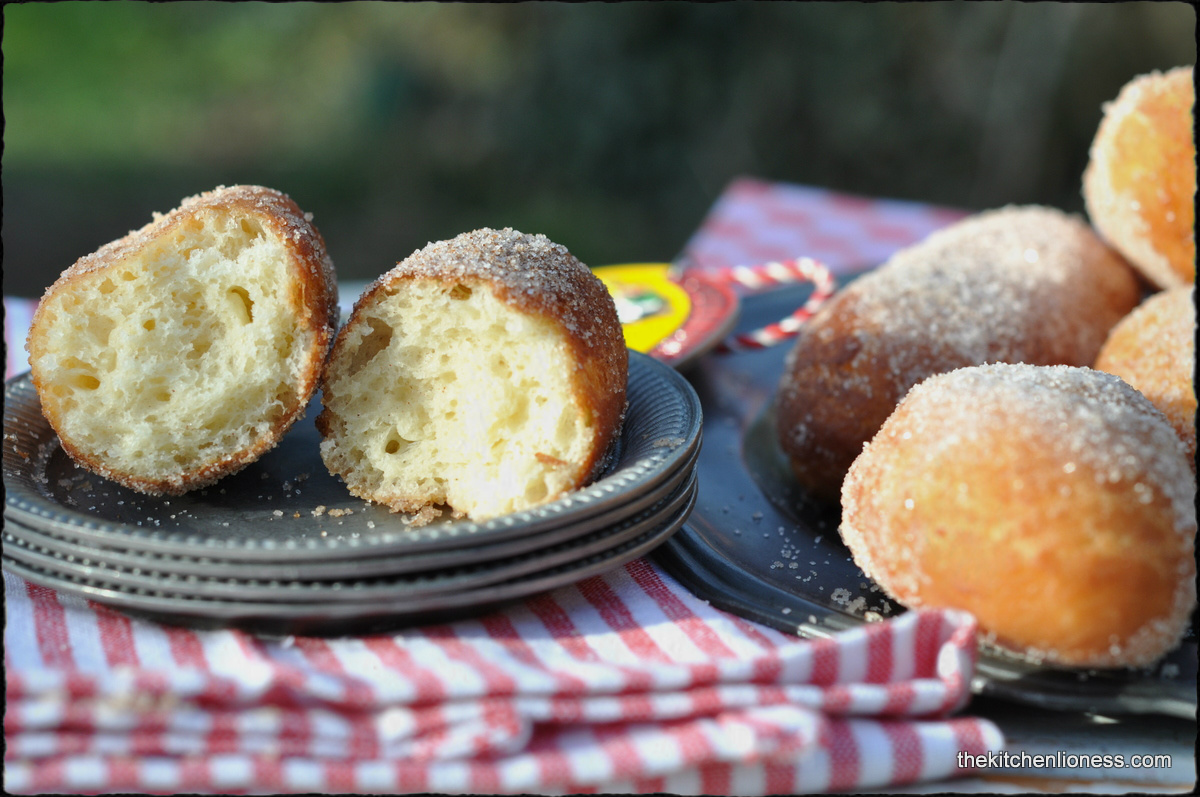 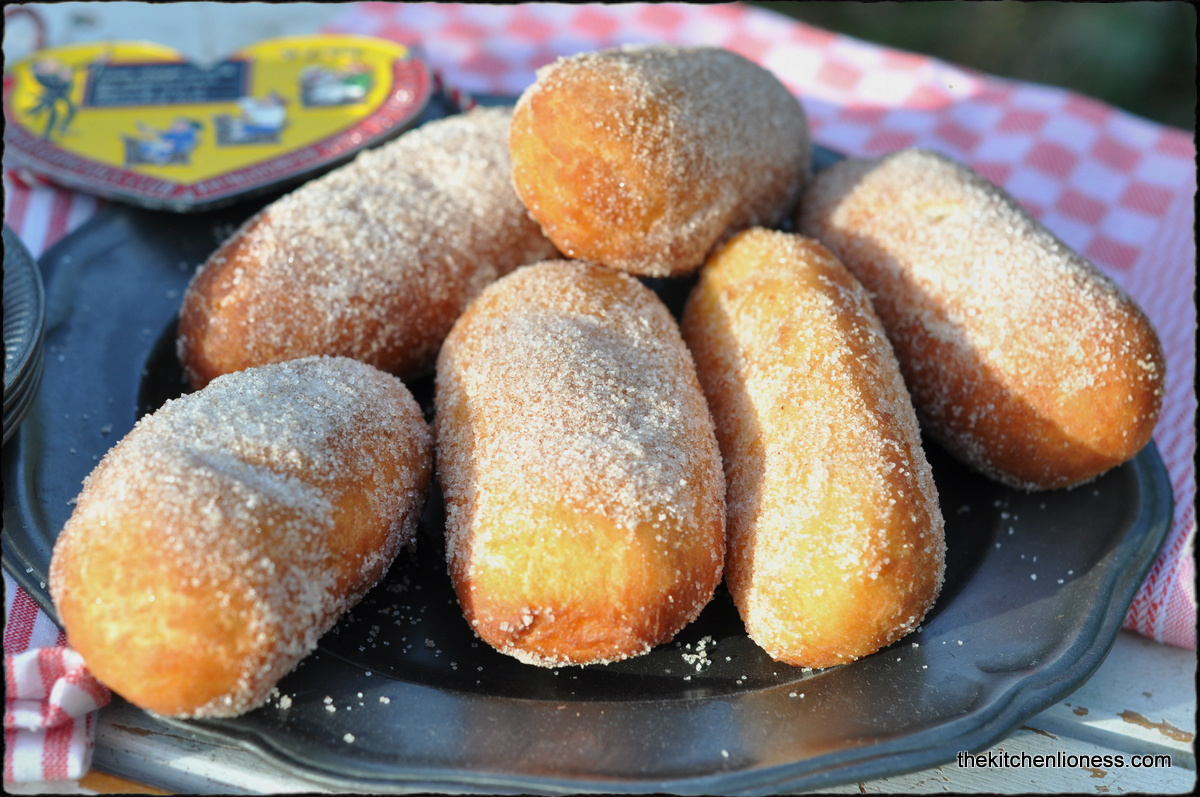 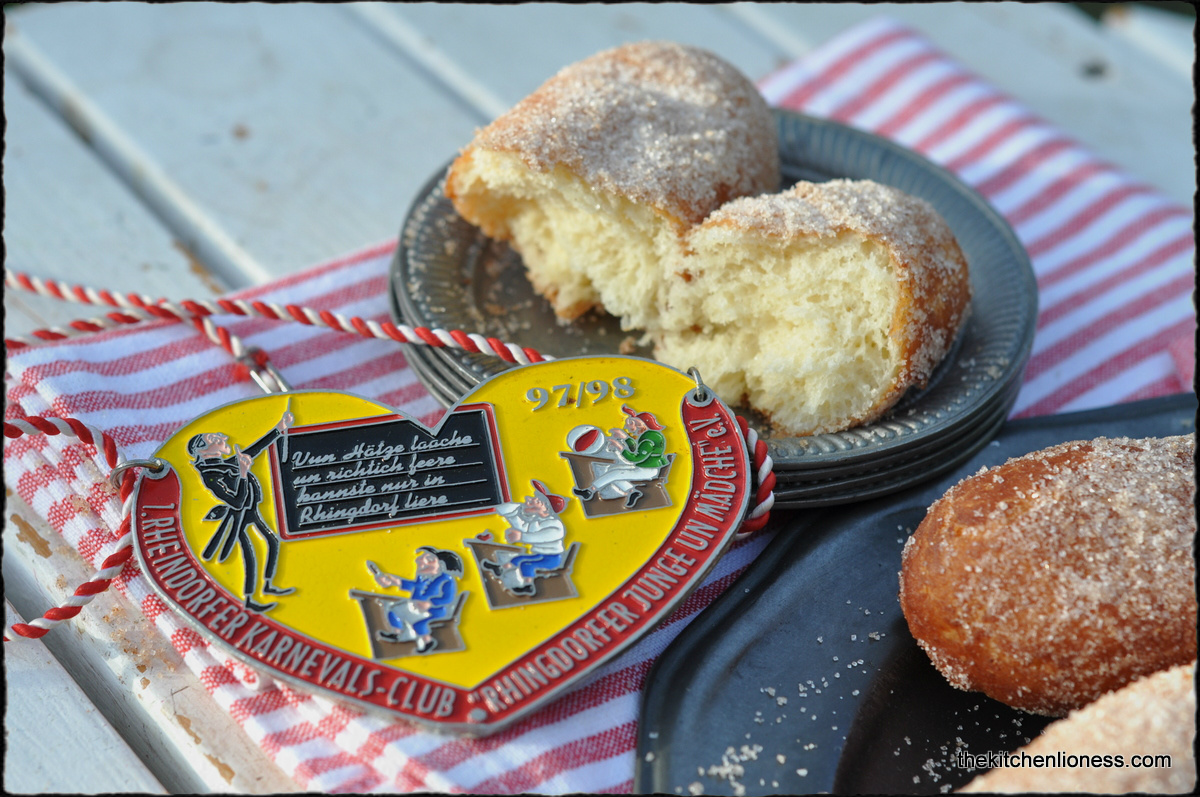 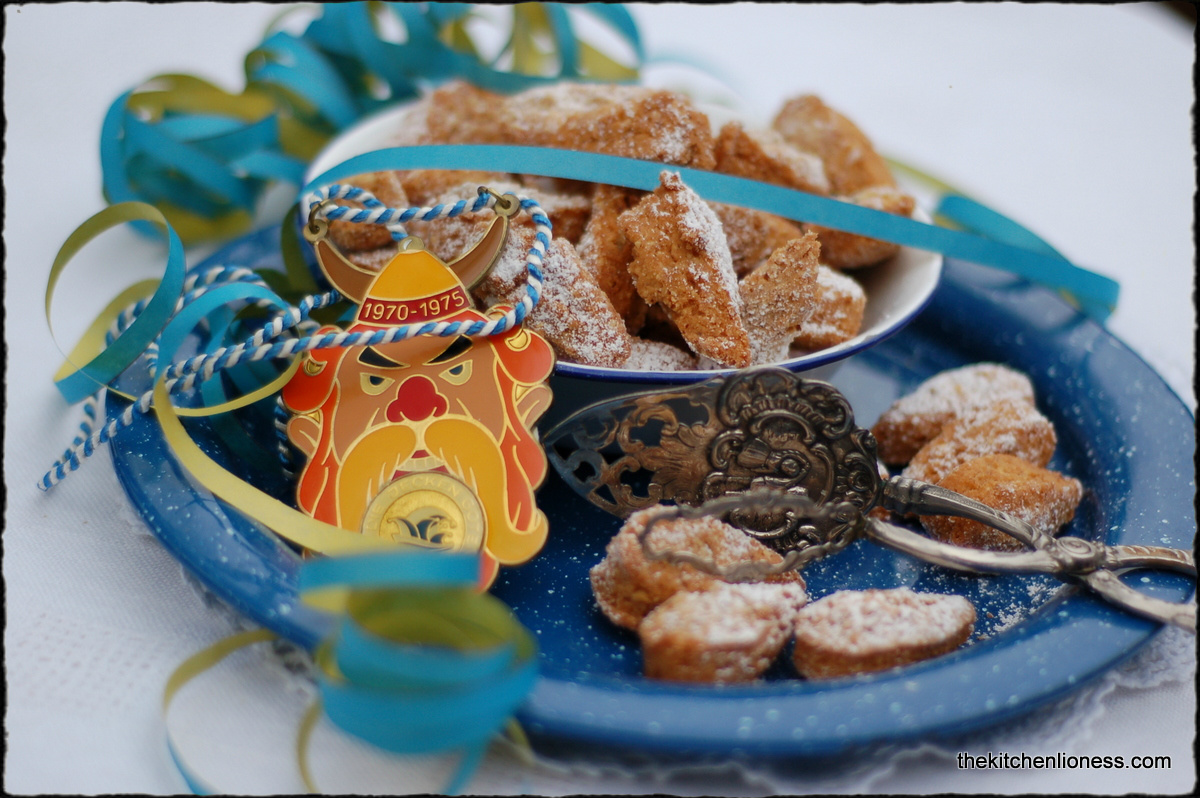 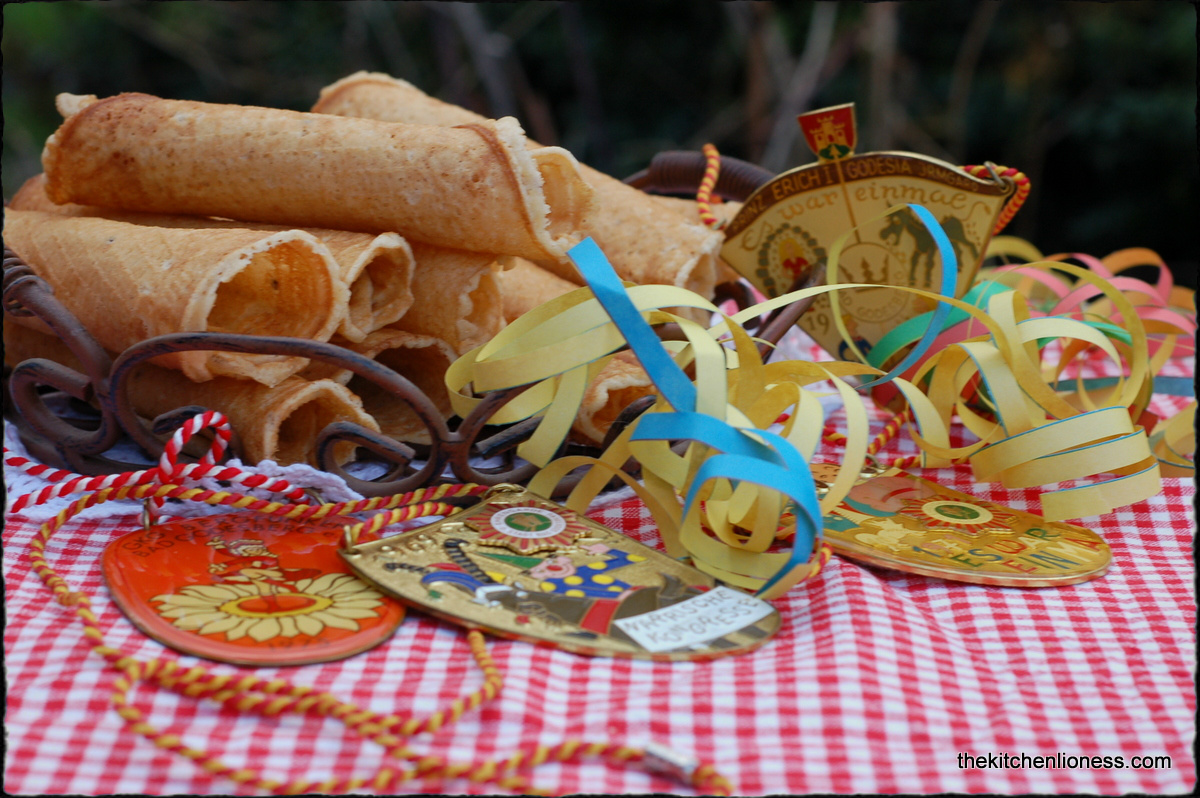 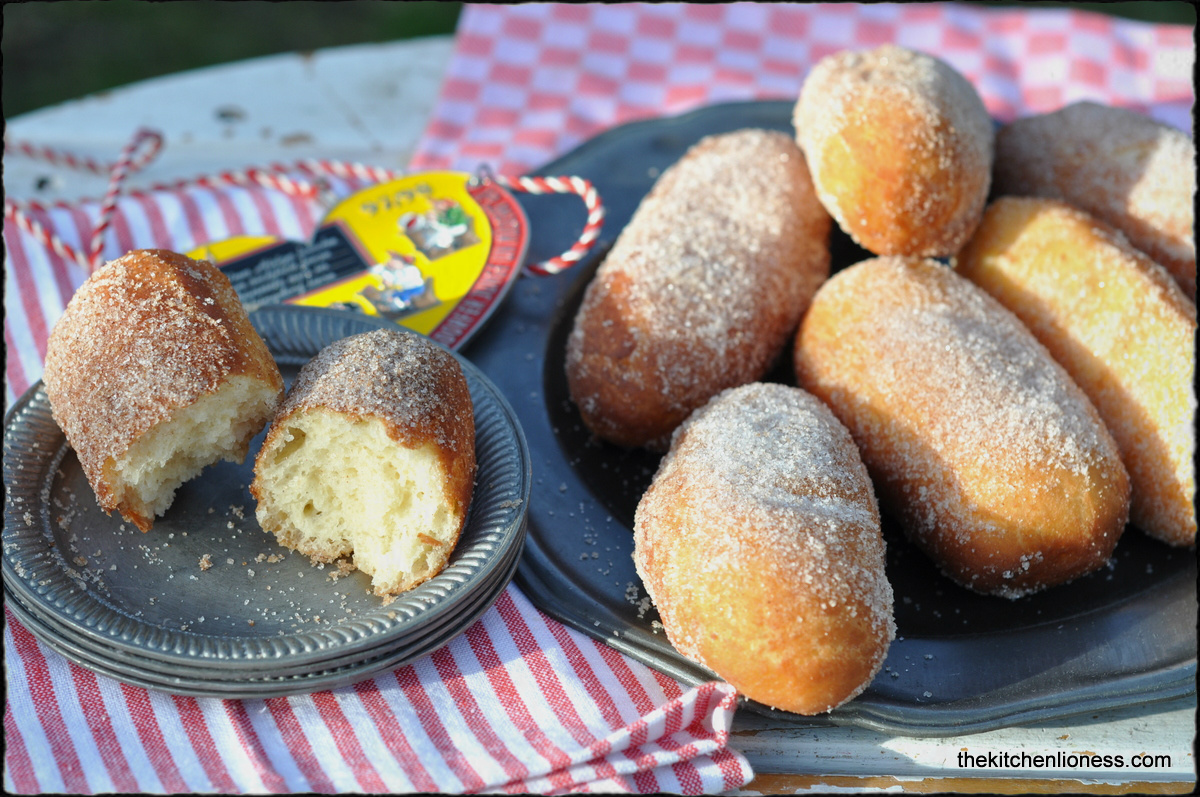 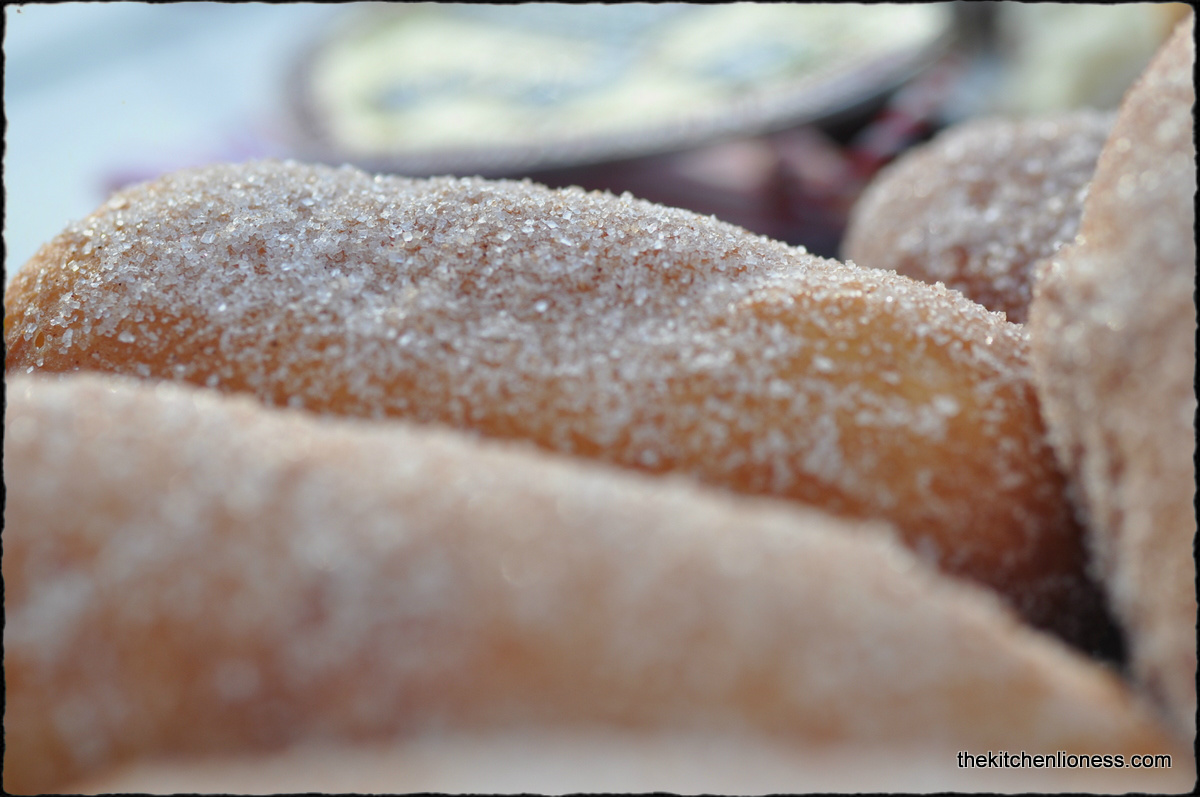 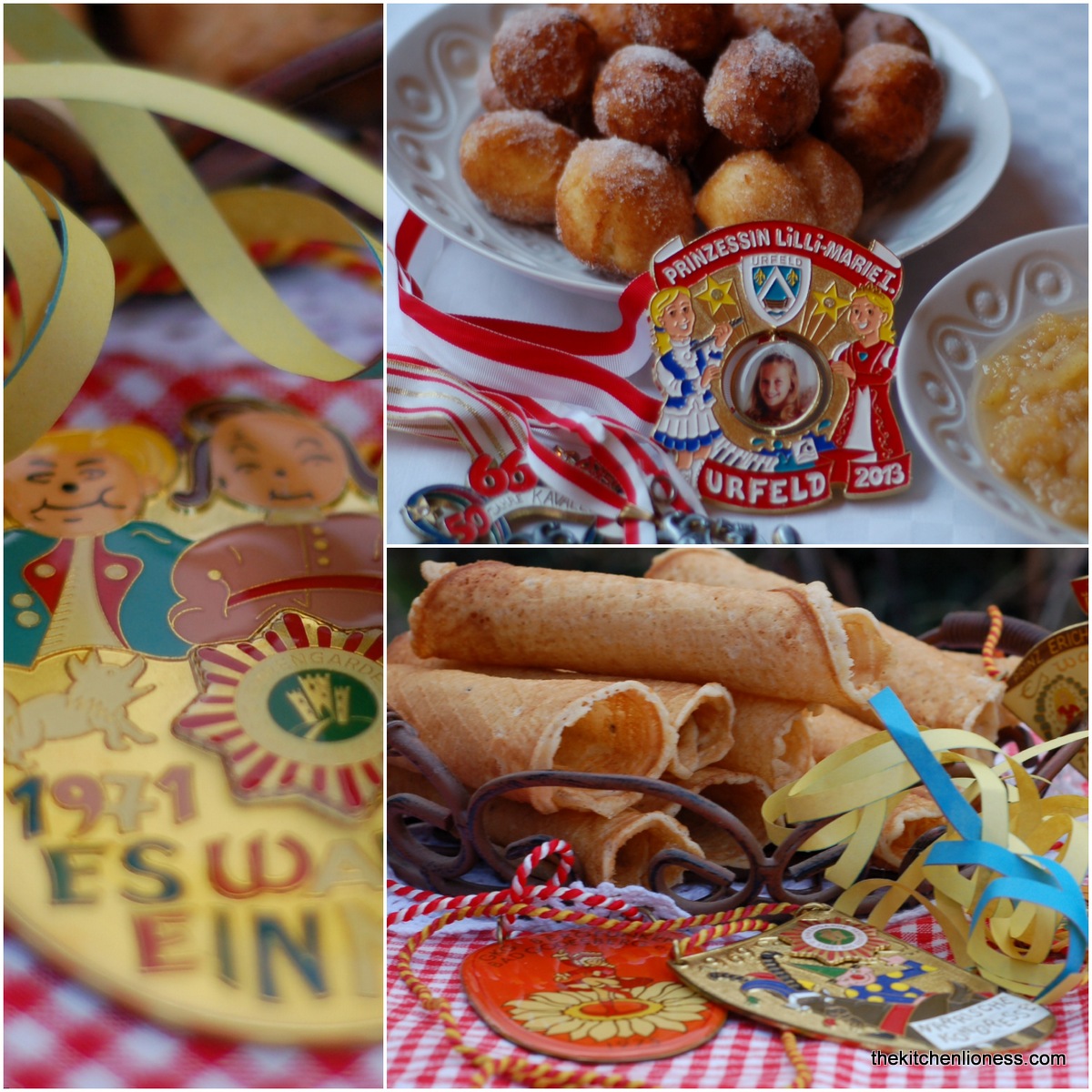 
Today´s recipe for the French Fridays with Dorie group is “Butter and Rum Crêpes”. 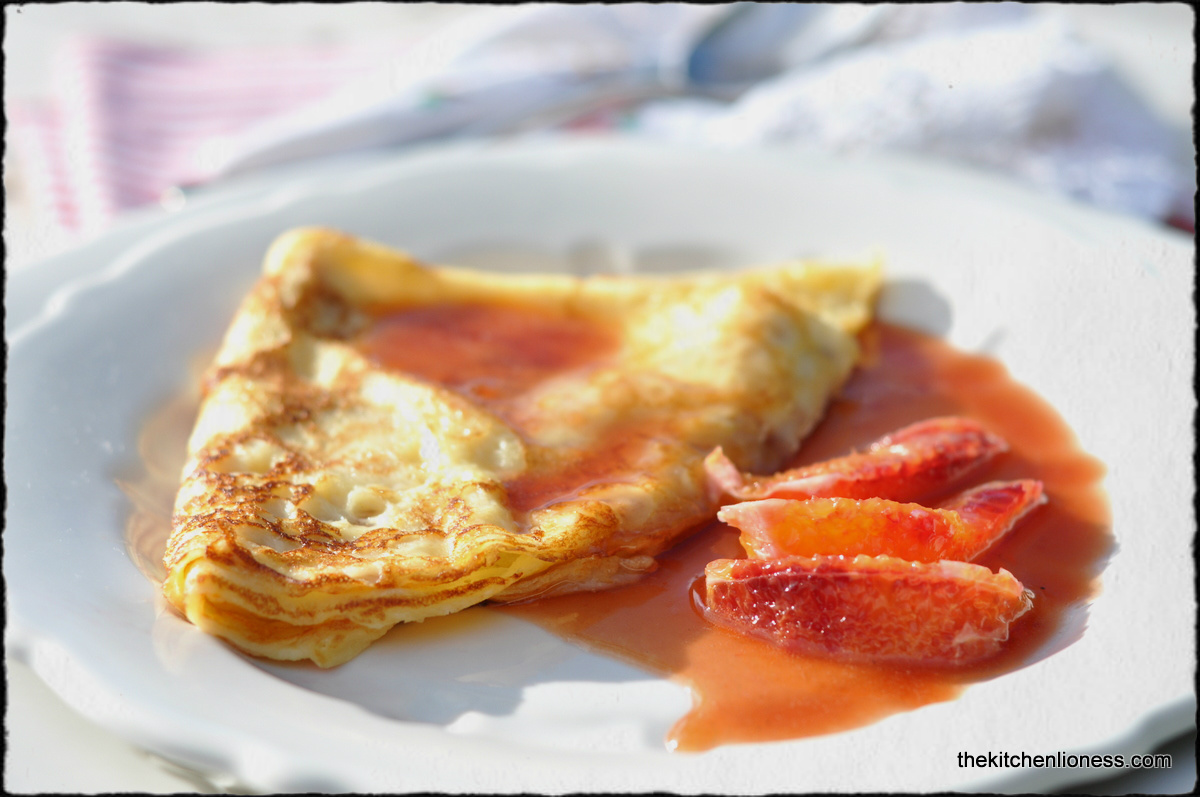 Crêpes originated in Brittany, France and were thought to have evolved because the land could not grow enough wheat to make bread. The word "crêpe" comes from the Latin “crispa”, meaning “curled”. 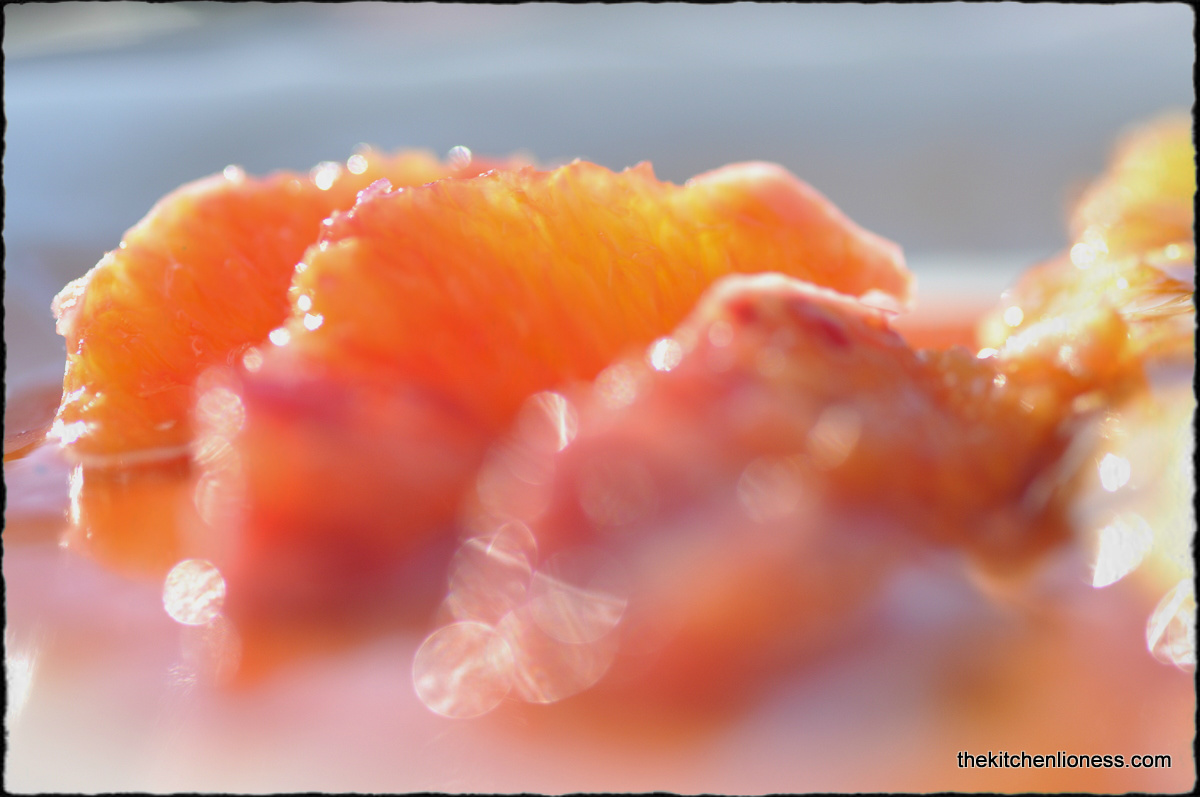 Crêpes are made by pouring the well-rested batter onto a frying pan or hot circular plate. The batter is spread by tilting the pan or using a spatula. The batter needs to be turned, or flipped, at least once to ensure it is cooked on both sides. You can fill crêpes with sweet or savory fillings. Popular savory fillings include cheese, ham, spinach, mushrooms, sun-dried tomatoes and asparagus.

Popular sweet fillings include chocolate spread, lemon and sugar, maple syrup, fruit, nuts and ice cream. The best-known ones are Crêpes Suzette, which are crêpes served with a sauce made from fresh orange juice, orange zest, sugar, butter and Grand Marnier that is flamed at the table before serving. 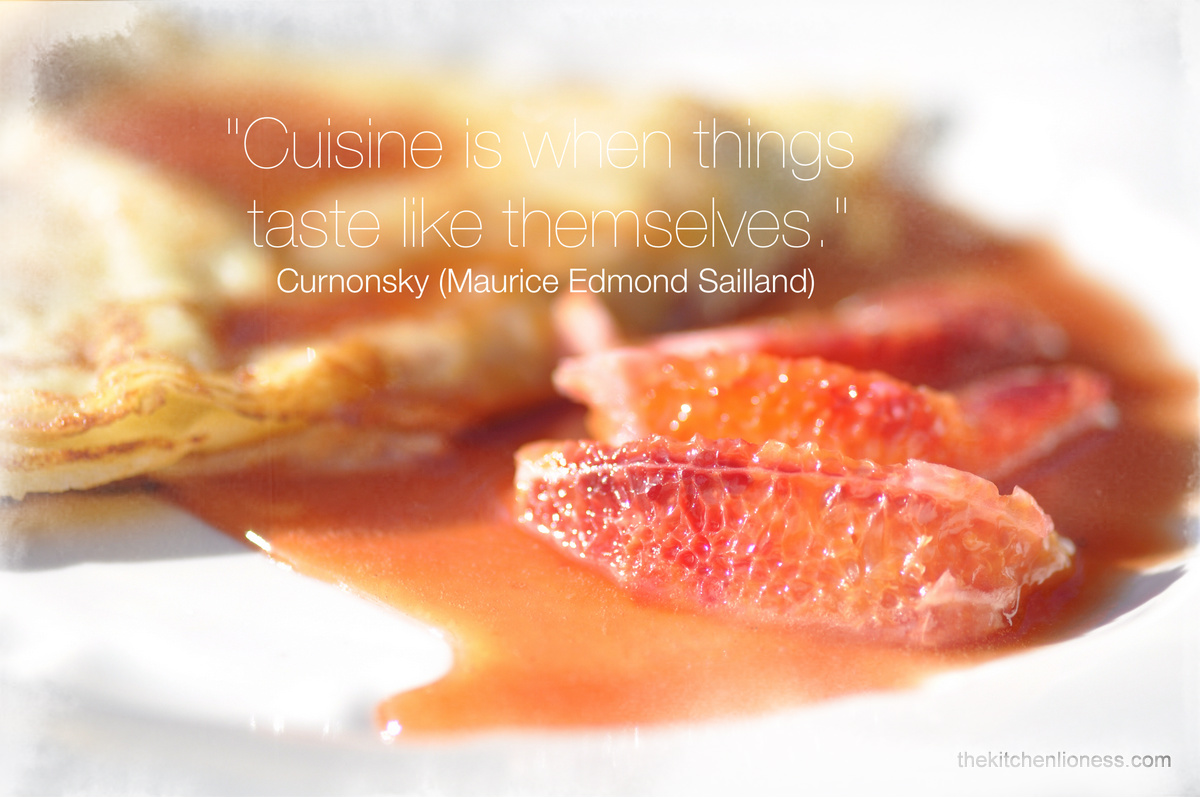 Dorie´s recipe also calls for the preparation of a sauce using honey, orange as well as lemon juice, and cold butter. As there are still the wonderfully fragrant blood oranges from Italy available, I used the juice and zest of these for the sauce and added some orange segments for the garnish. Blood oranges have a distinctive dark-red rind and flesh and their unique flavor is ideal for serving them with these sweet crêpes.

Fragrant with the spicy tartness of blood oranges and fresh lemon flavors, these buttery citrus crêpes make a beautiful dessert.

If you happen to own Dorie Greenspan´s book “Around my French Table”, you will find the recipe for “Butter and Rum Crêpes” on pages 411-413.


Today´s recipe for the French Fridays with Dorie group is “Hélène´s All-White Salad”. 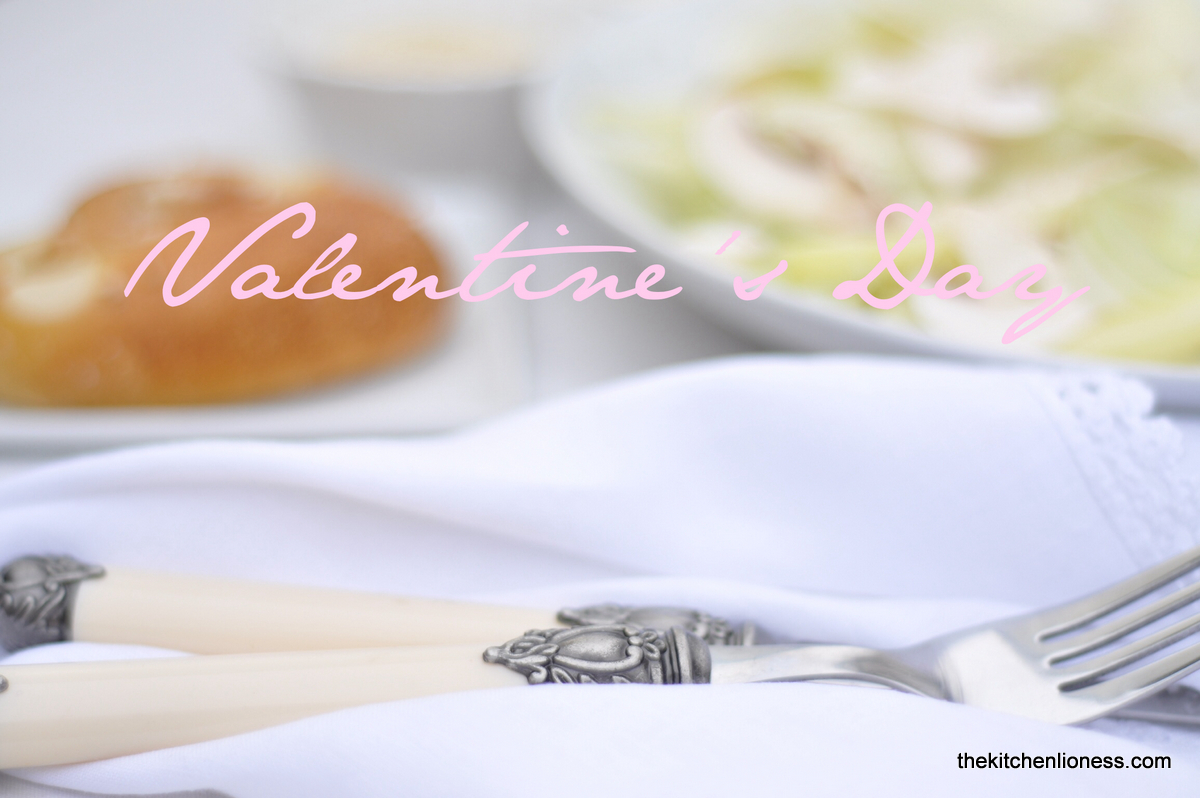 This is a recipe for a true winter salad with humble ingredients such as celery ribbons, tart Granny Smith apple slices, white mushrooms and shredded Napa cabbage. 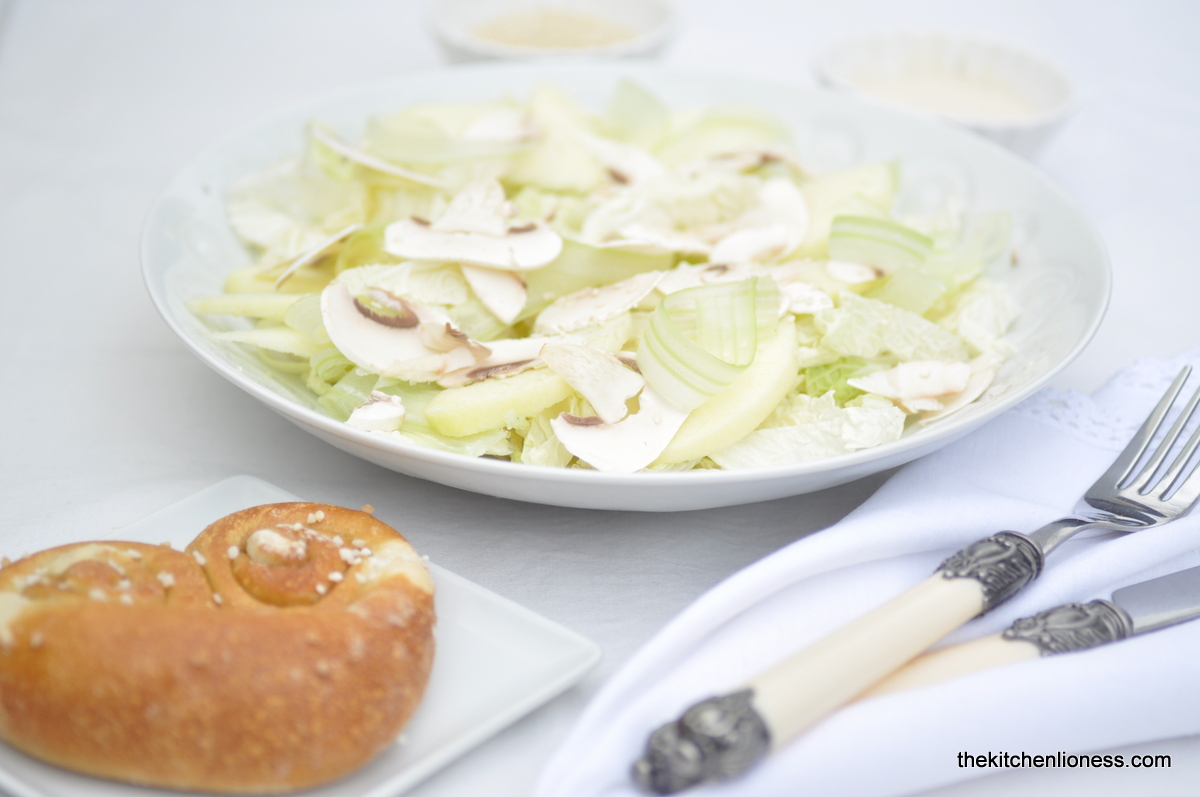 This salad recipe was created by one of Dorie Greenspan´s friends, Hélène Samuel, who used to own a Café in Paris, France. 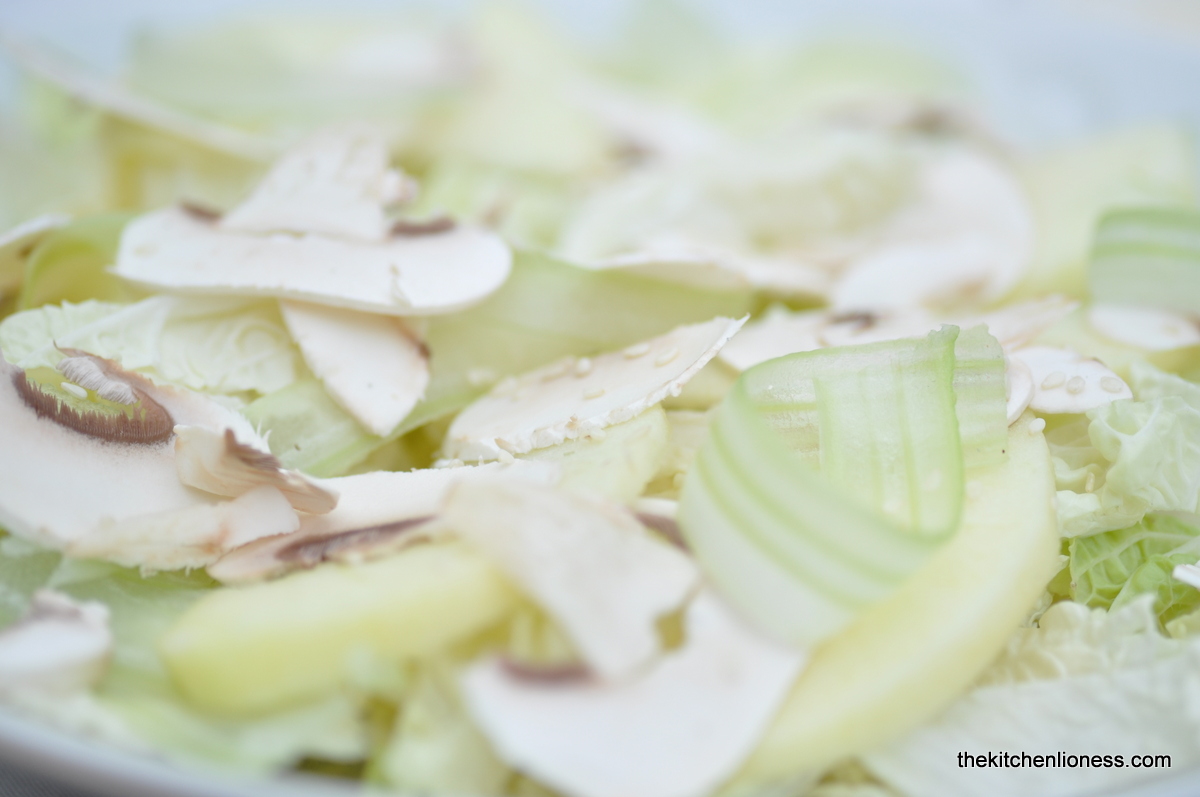 The dressing for this salad is a yogurt vinaigrette, essentially a mayonnaise, it consists of an egg yolk, Greek yogurt, sea salt, freshly ground pepper and good-quality olive oil. The finishing touch on the salad is a sprinkling of sesame seeds. 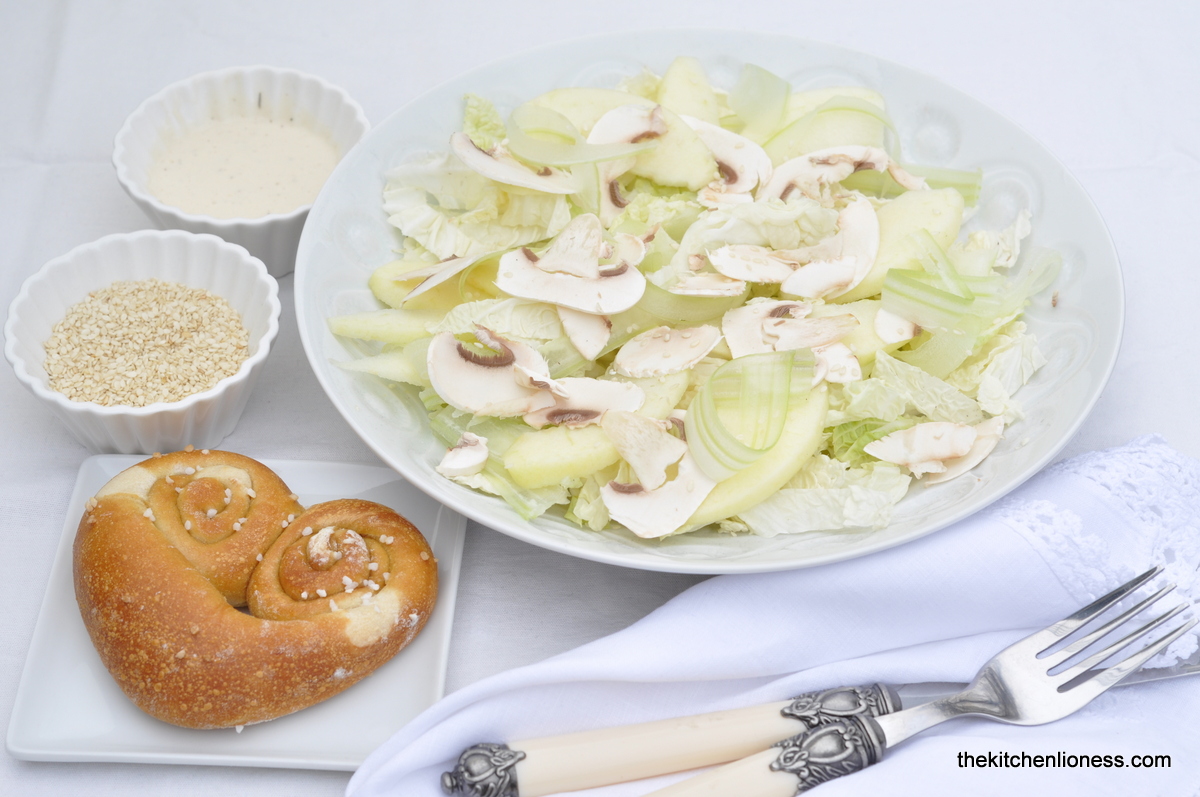 Since I like the white-on-white effect of this recipe and to stay true with the color theme, next time I prepare a white winter salad, it would be interesting to use lovely fresh endives instead of the shredded Napa cabbage or maybe shaved kohlrabi instead of the apple. The yogurt dressing would be nice with those vegetables as well, it seems substantial enough to stand up to all kinds of  healthy winter fare. A bit of shaved Pecorino Romano would also add a nice boost of flavor to this salad. 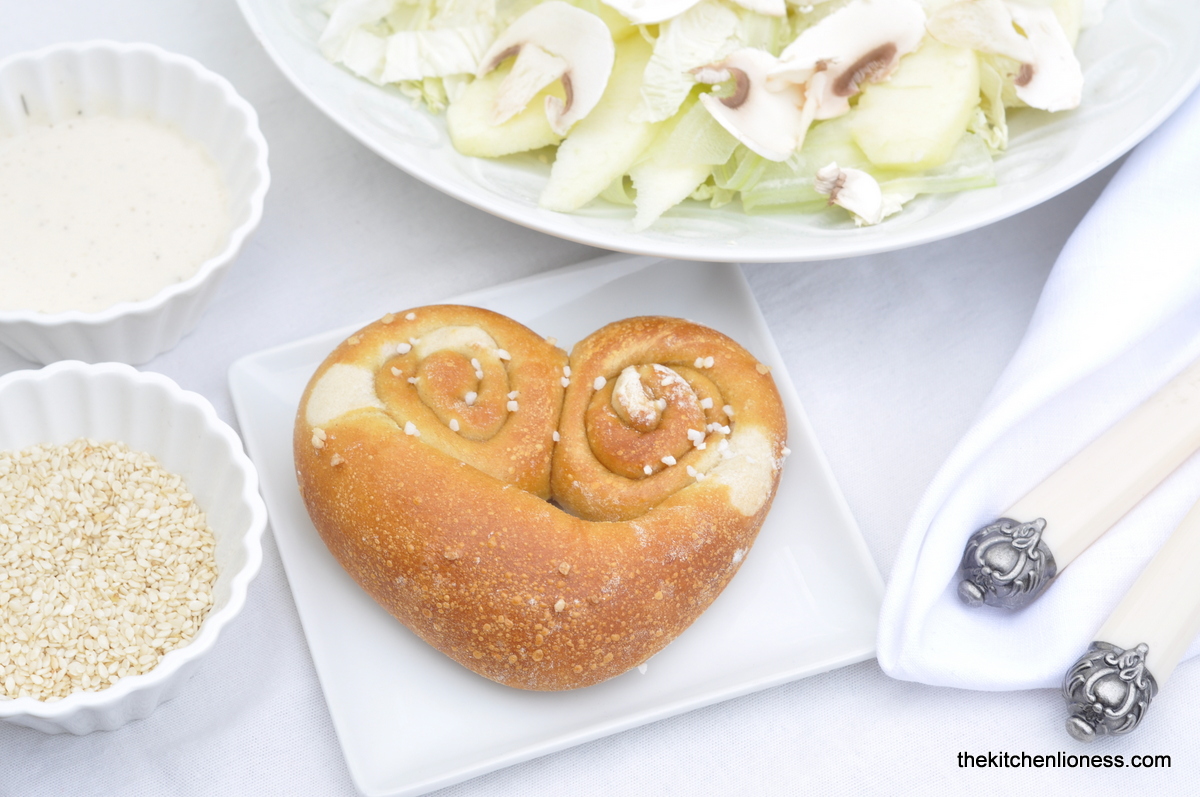 If you happen to own Dorie Greenspan´s book “Around my French Table”, you will find the recipe for “Hélène´s All-White Salad” on pages 108-109.

Today´s recipe for the Tuesdays with Dorie group are Onion Bialys from contributing baker Lauren Groveman. 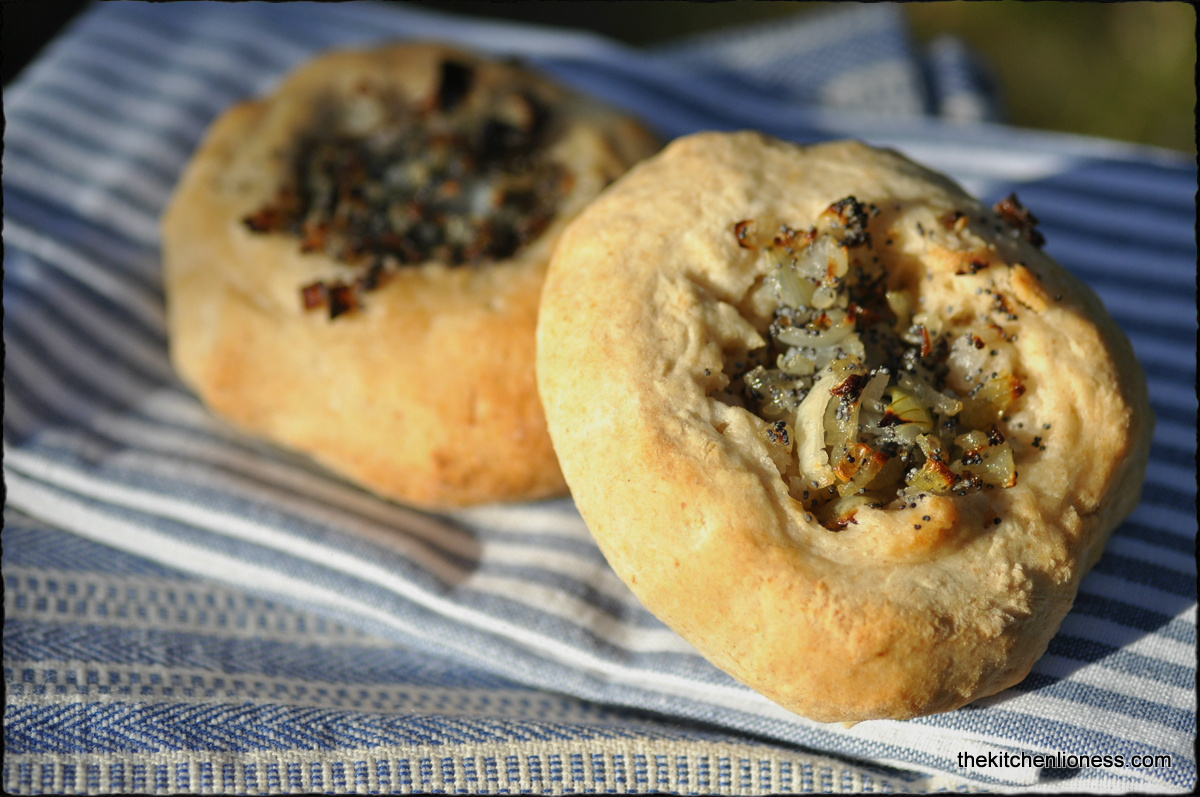 “Bialy”, a Yiddish word short for “Bialystoker Kuchen”, from Białystok, a city in Poland, is a small roll that is a traditional dish in Polish cuisine. A bialy, is a chewy yeast roll a bit like a bagel. Unlike a bagel, which is boiled before baking, these chewy cousins of the bagel, are simply baked, and instead of a hole in the middle they have a depression. Before baking, the depressions are filled with diced onions and other ingredients, including garlic, poppy seeds, coarse salt, bread crumbs, or chopped olives. 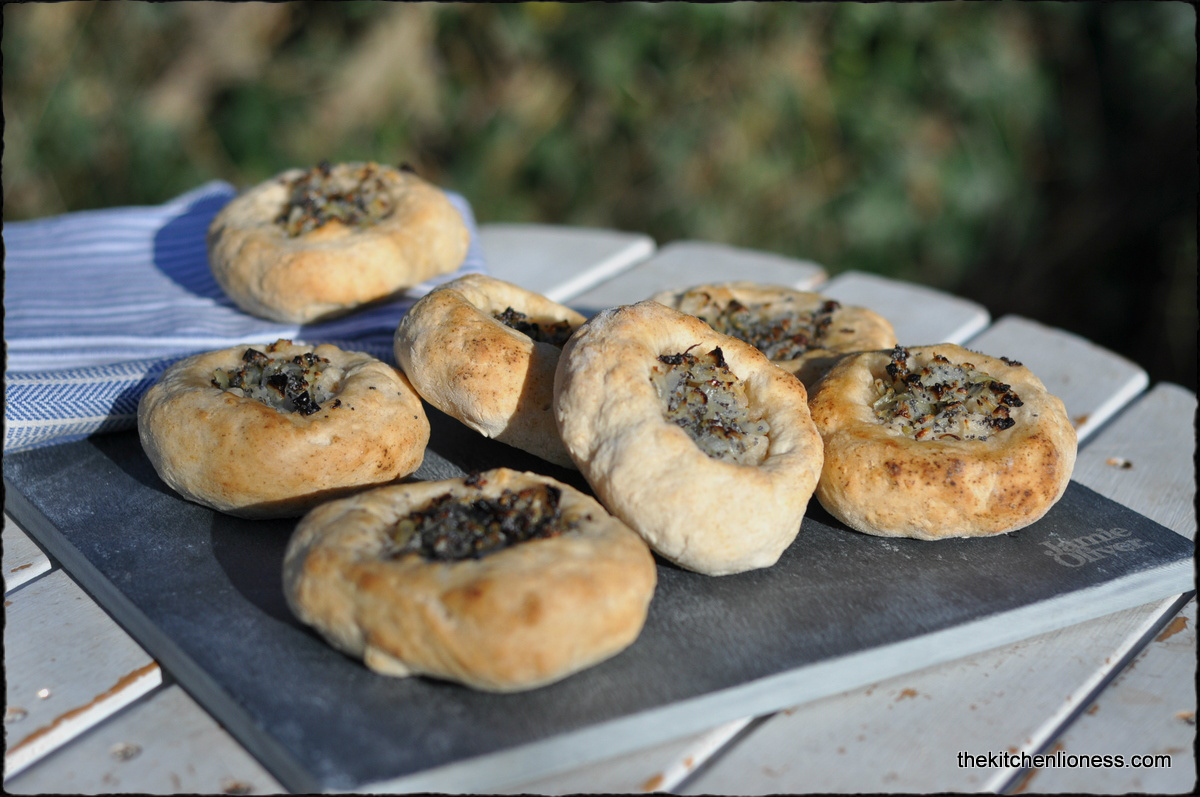 The recipe calls for the preparation of a yeast dough with bread flour, yeast, malt extract, vegetable shortening, minced onion and black pepper. Once the dough is ready for baking, you will have to shape it into rounds and flatten the center to create rims. The depressions will be filled with a topping of sautéed onions, poppy seeds and black pepper. This east European cousin of the bagel is a chewy, oniony delight. 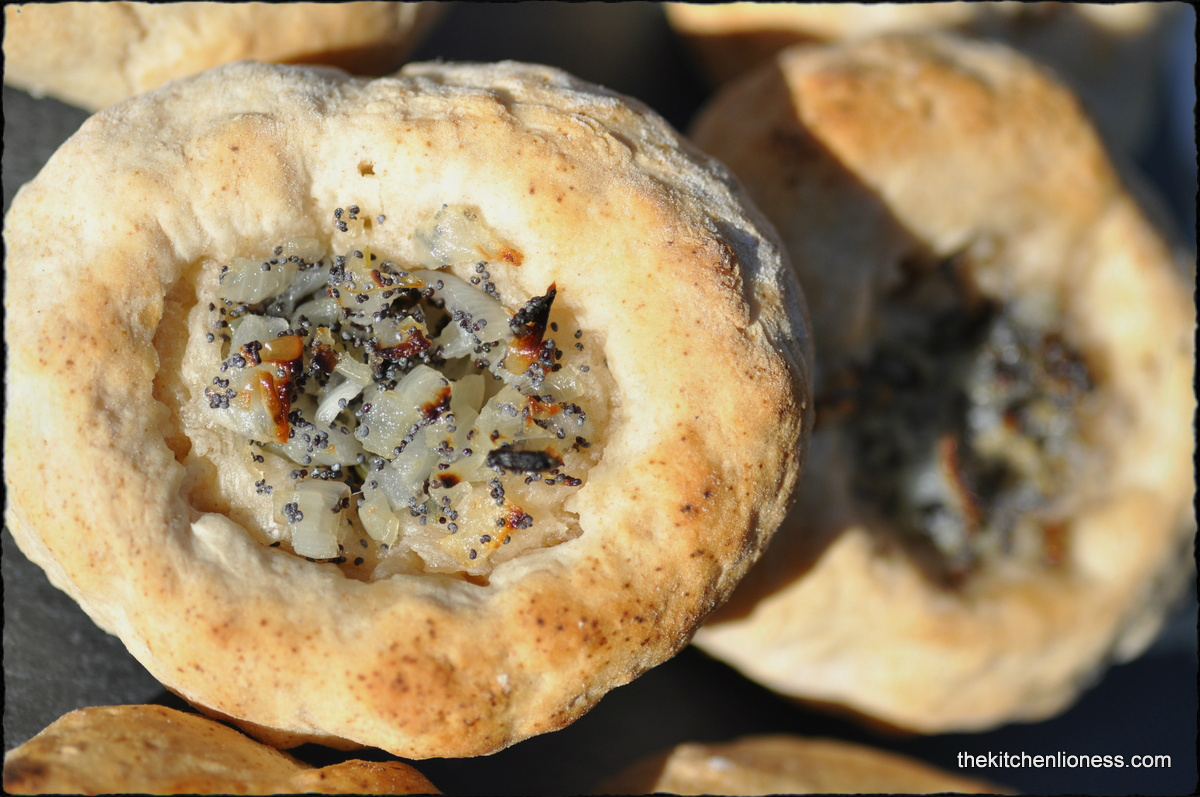 If you happen to own a copy of "Baking with Julia" by Dorie Greenspan, you will find the recipe for these delicious Onion Bialys on pages 90-92.

To see an array of Onion Bialys, baked by the other members of the Tuesdays with Dorie group, please click here. 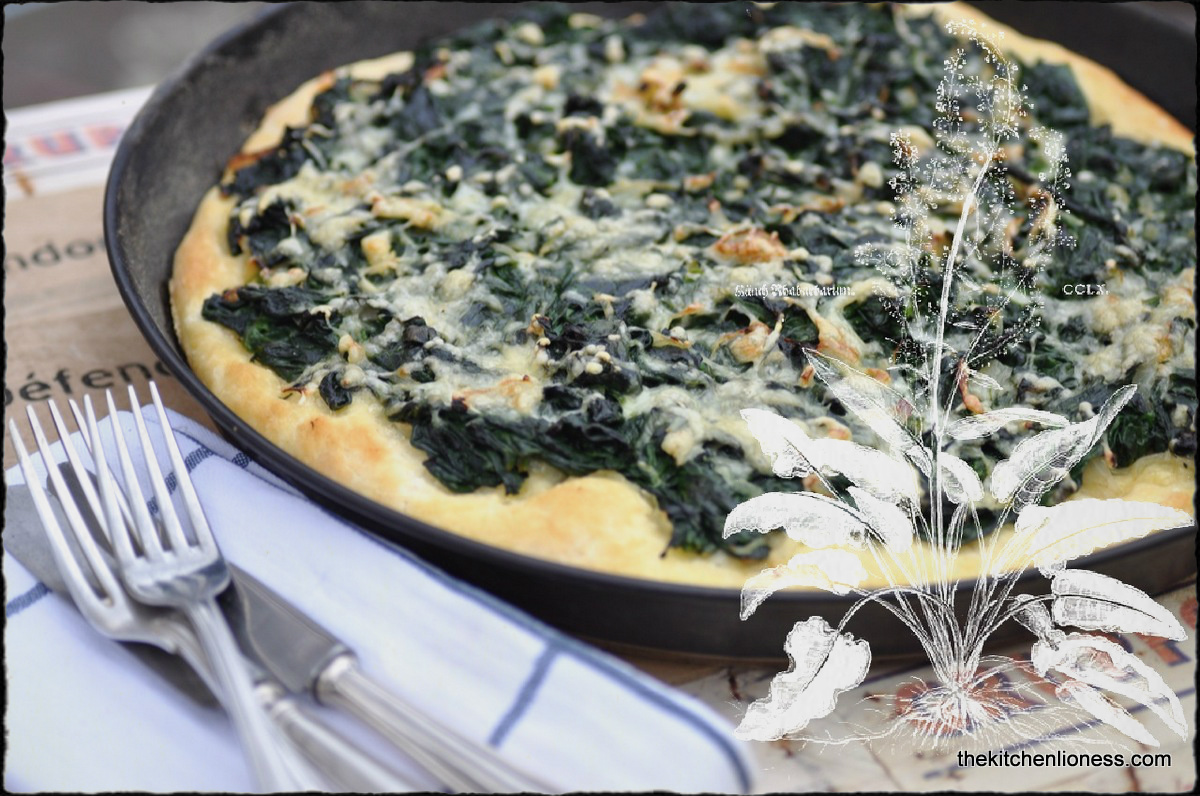 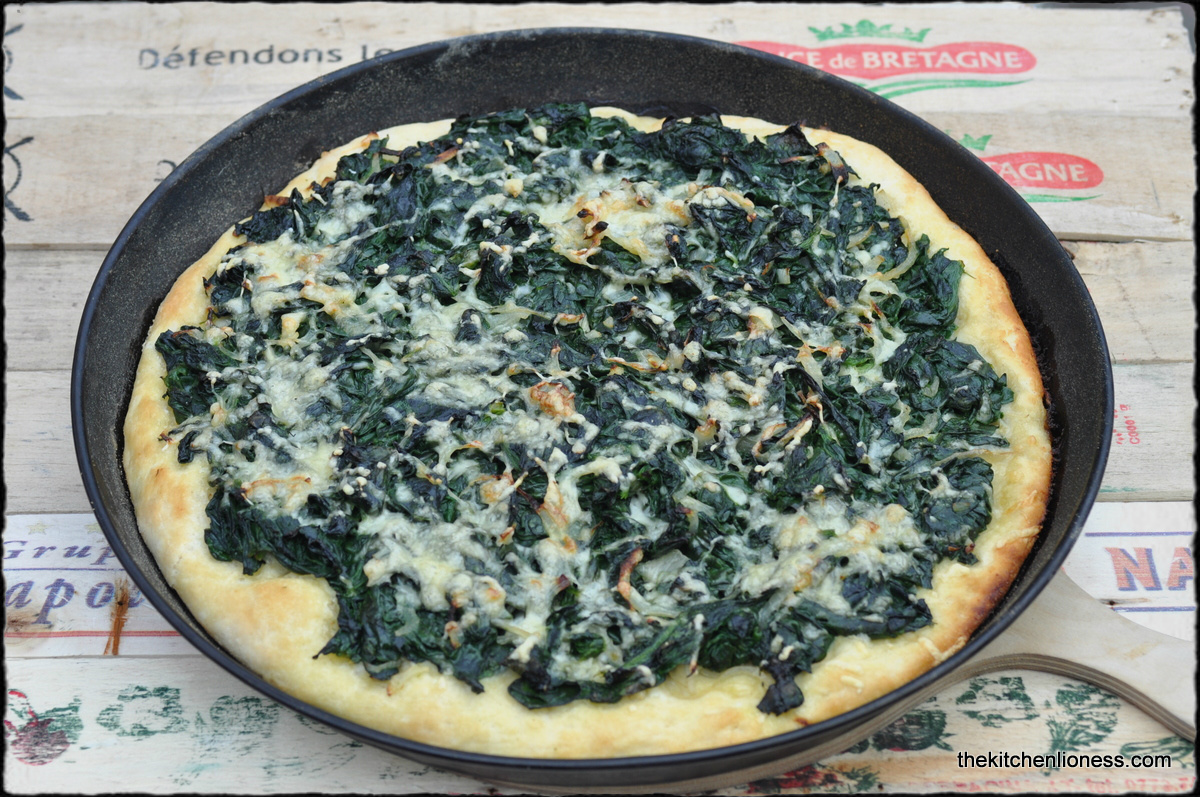 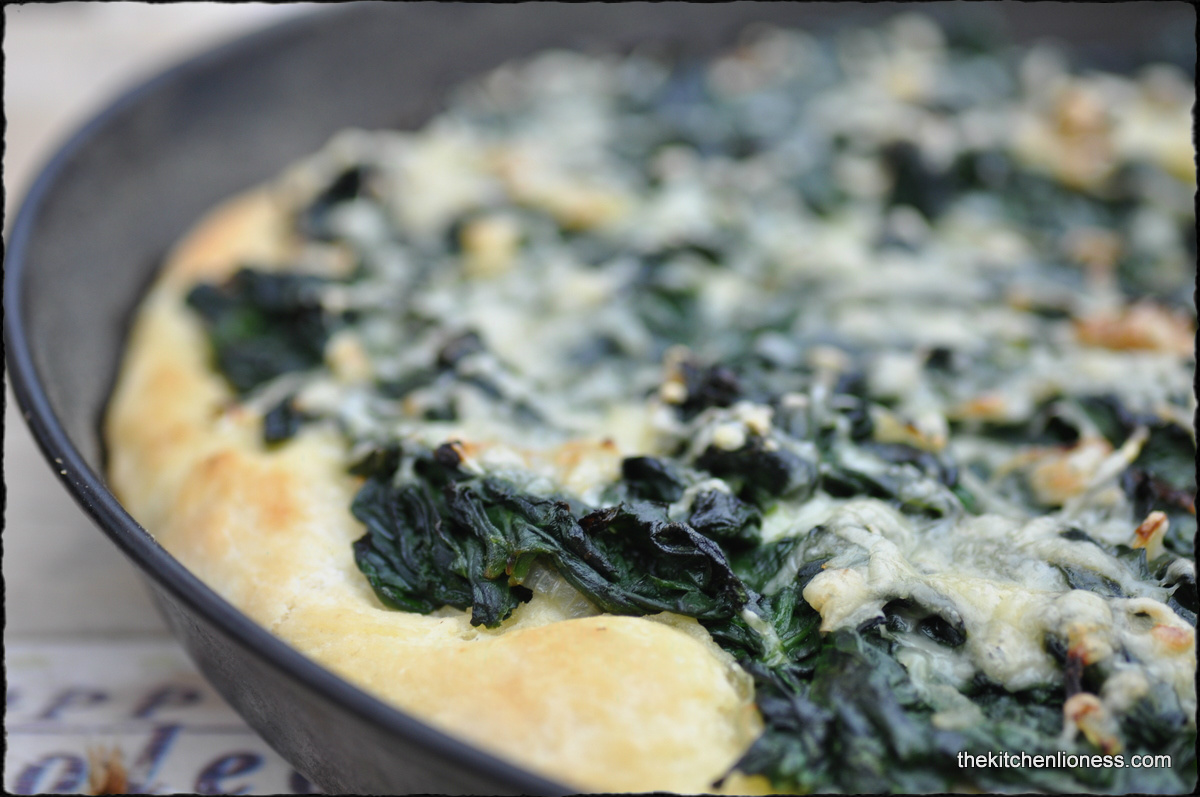 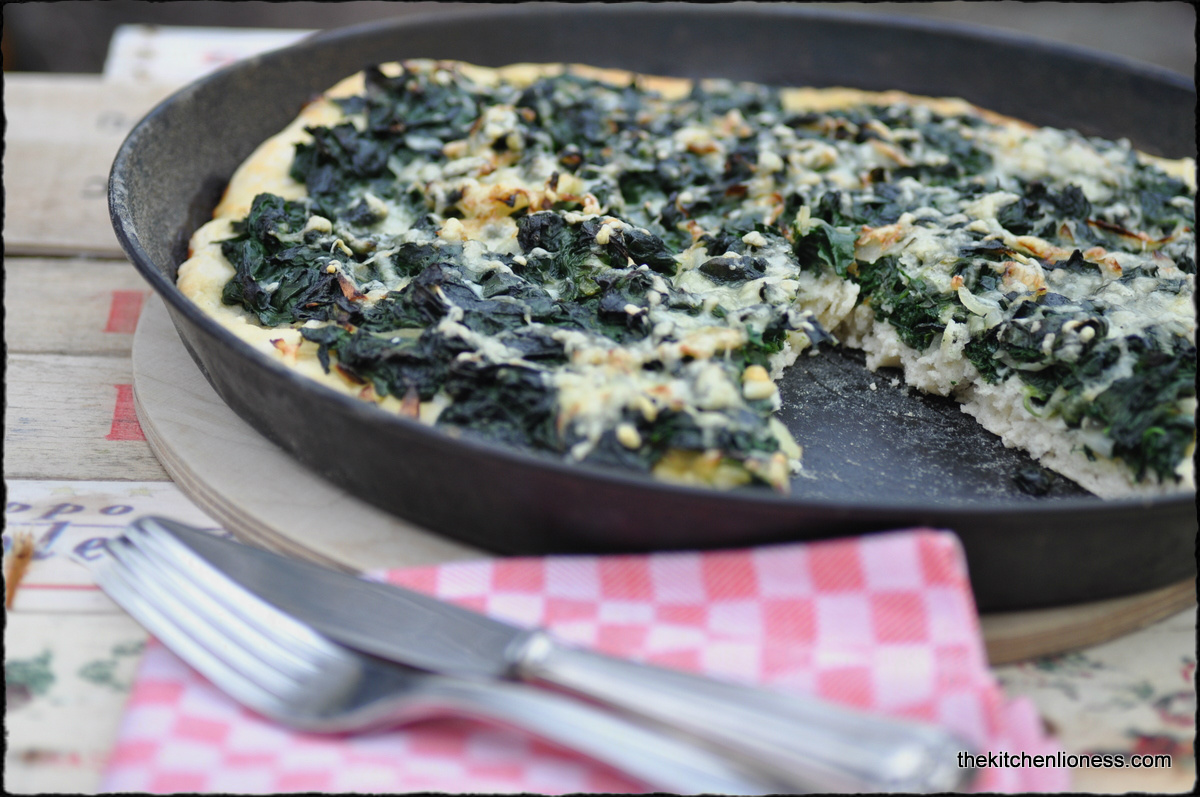 Please take a look at the other posts from my "River Cottage Veg Everyday" series.
Eingestellt von Andrea_TheKitchenLioness um 10:17 30 Kommentare


Today´s recipe for the French Fridays with Dorie group is the famous French dessert pastry “Paris-Brest”. 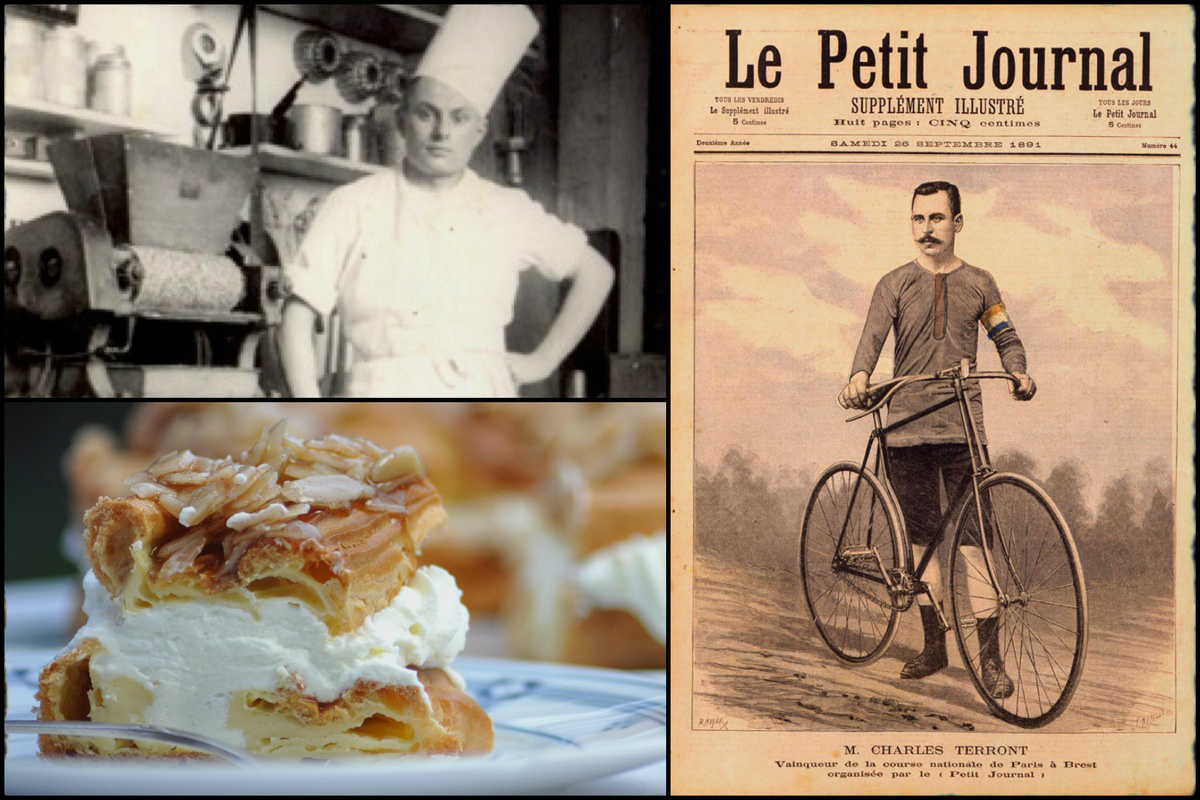 The Paris-Brest is a circular-shaped French confection, made of choux pastry, filled with a cream filling, and garnished with almonds. In 1910, the pastry was invented by Louis Durand, a pâtissier who had founded his own bakery in 1907. Louis Durand was inspired by the bicycle race Paris-Brest-Paris that took place for the first time in 1891. To this day, the “Pâtisserie Durand” in Maisons-Laffitte (in the Île-de-France region in north-central France) still exists and is still operated by members of the family Durand. The original recipe for the Paris-Brest is still guarded as a family secret - Louis Durand is the pâtissier pictured above. 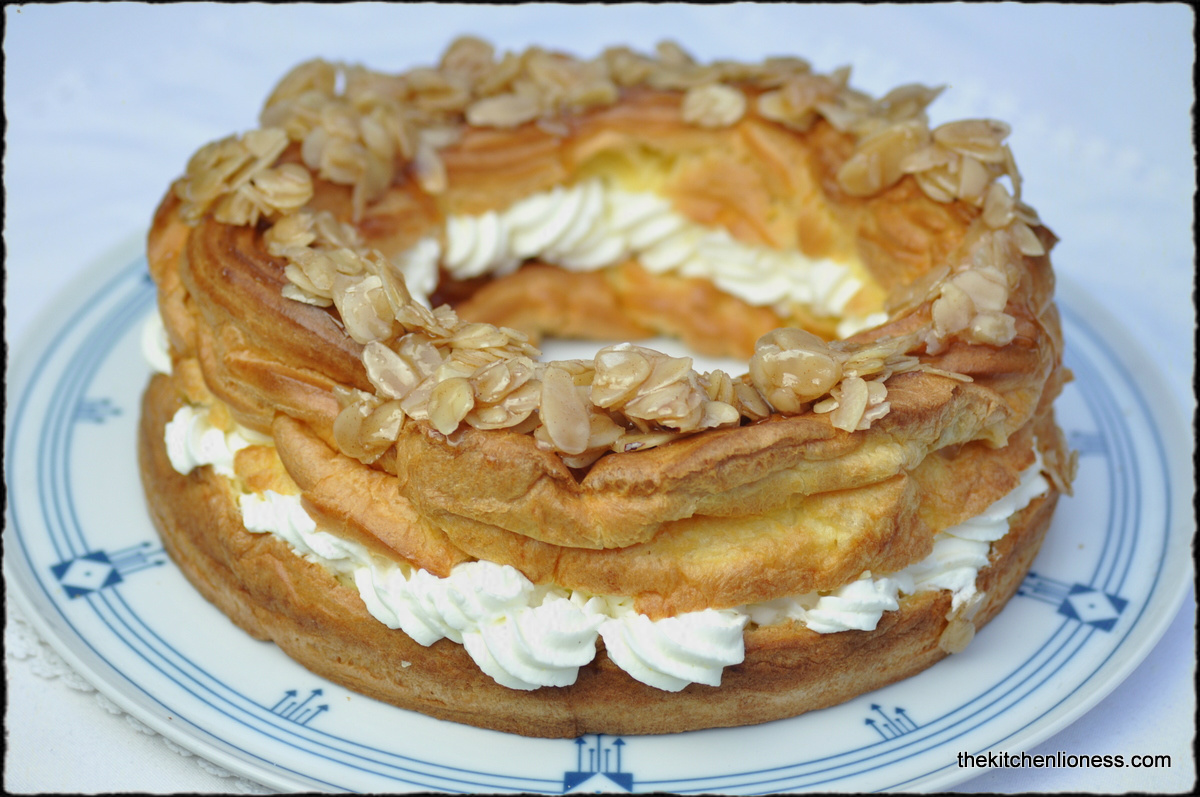 Pierre Giffard (May 1, 1853 – January 21, 1922) was a French journalist. He created the 1,200 kilometer bicycle race in 1891 when he organized the Paris–Brest–Paris event for his newspaper  called “Le Petit Journal”. The race took place for the first time on September 6, 1891 and from then until today, it was promoted as “Paris–Brest”. It is now established as the oldest long-distance cycling road event. Le Petit Journal described it as an "épreuve", a test of the bicycle's reliability and the rider's endurance. Riders were fully self-sufficient, carrying their own food and clothing and riding the same bicycle for the duration. Participation was restricted to Frenchmen and 99 of the 207 participants finished the first race. Charles Terront was the winner of the first race in 1891, he won in 71 hours and 22 minutes - he is the cyclist on the cover of "Le Petit Journal" pictured above. 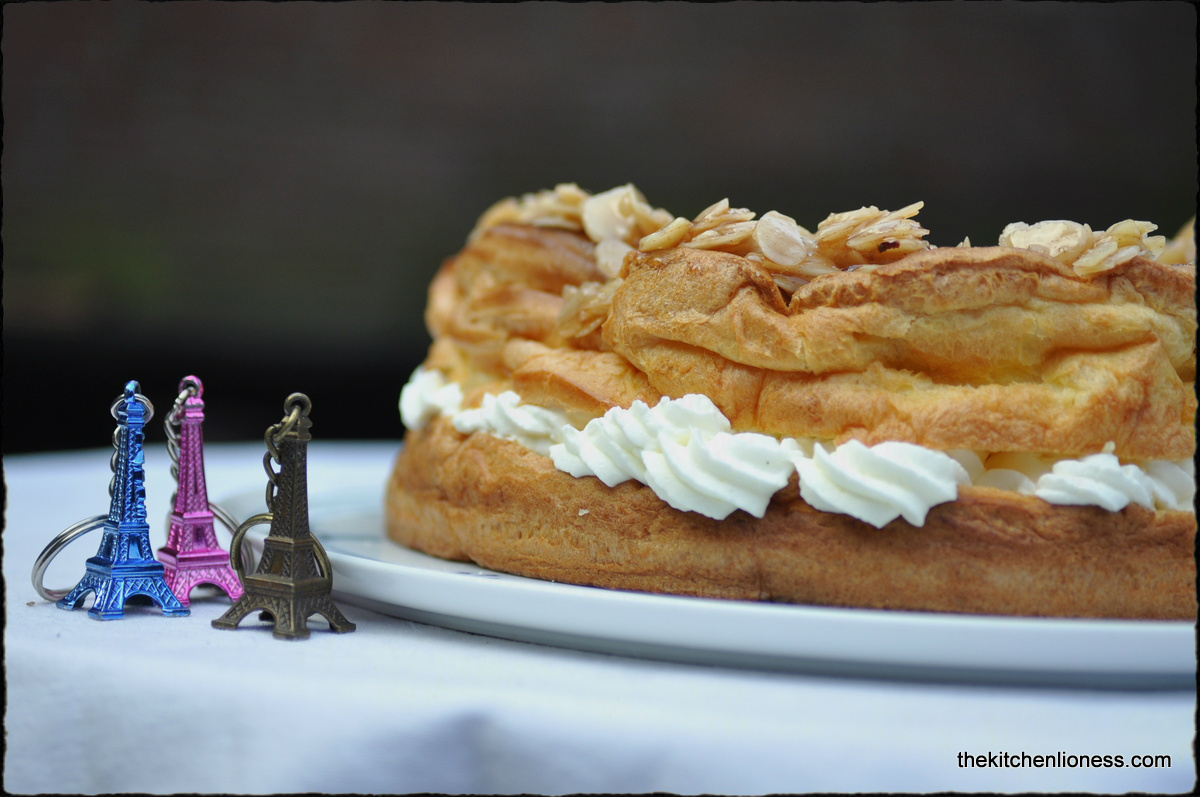 So, onto the recipe. First you start by making a basic choux pastry like you would for cream puffs. You will need whole milk, water, unsalted butter, a bit of sugar, salt, flour and eggs. The dough has to be cooked (or as we say "burnt")  before it can be baked. To get the circular shape, you will need to draw the outline of a circle on parchment paper and pipe three rings along the outline. One outside ring, one inside and the third one on top of the two bottom rings. Now it is time to bake. 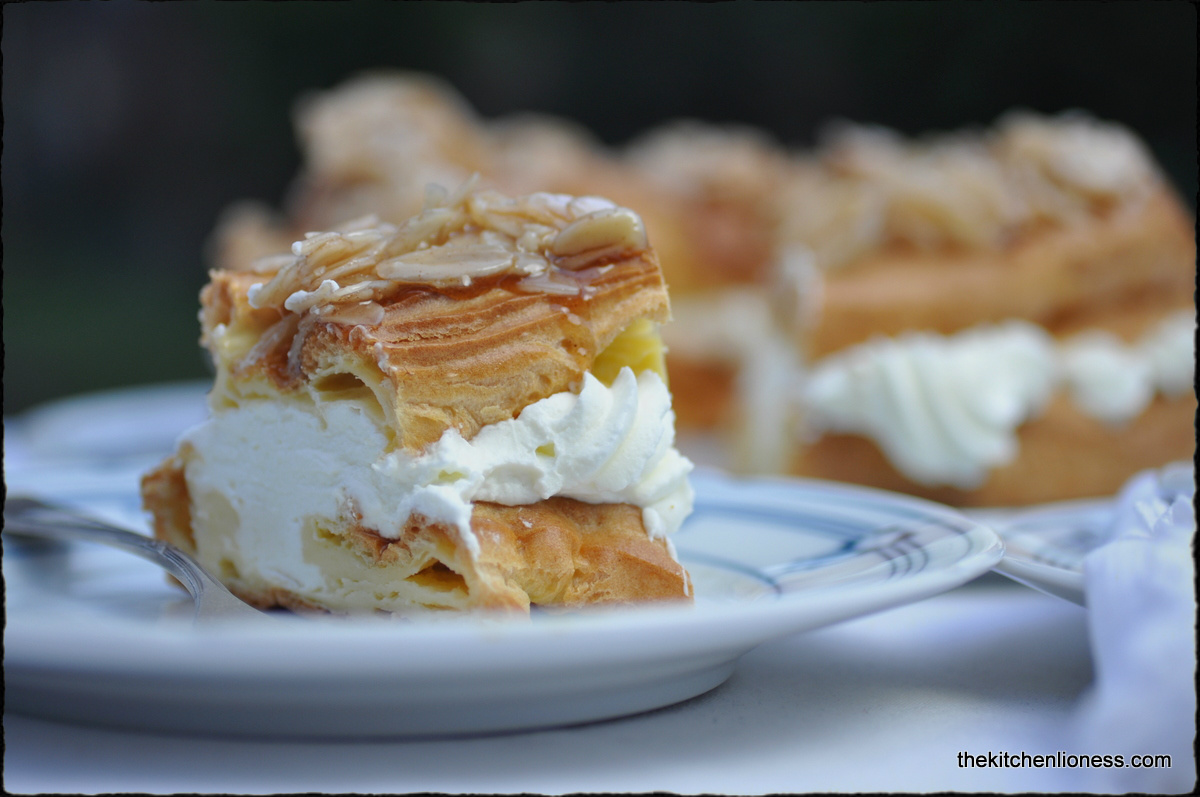 Literally translated we call cream puffs “little wind bags” ("Windbeutel") because of all the air bubbles in the finished pastry – the French call them “little cabbages” ("choux") because of their shape. Although I used to make cream puffs on a regular basis, I had not prepared them in a while but I remembered a trick that I learned from one of my favorite bakers. Make sure to place a bowl of steaming hot water at the bottom of the oven, to create some steam – that way the pastry rises better. And never, ever open the door of the oven before the pastry is fully baked, otherwise it will deflate, just like a flat tire on a bicycle. 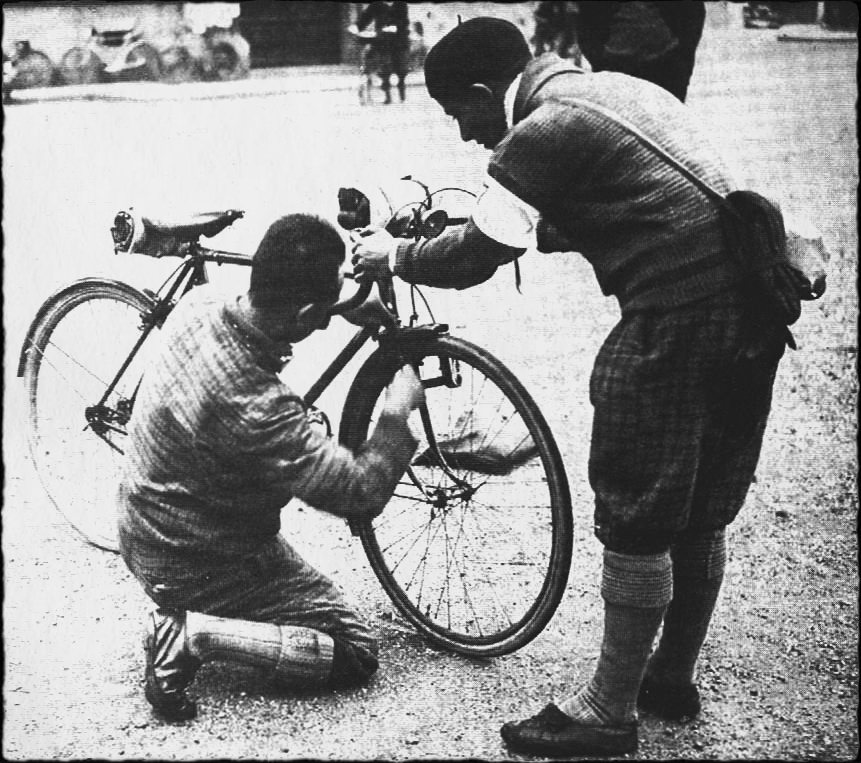 Be that as it may, the cake baked up nicely, I split it in half, and after it had cooled completely, I decided to fill it with lovely softly whipped cream because my taste testers prefer that to vanilla pastry cream. 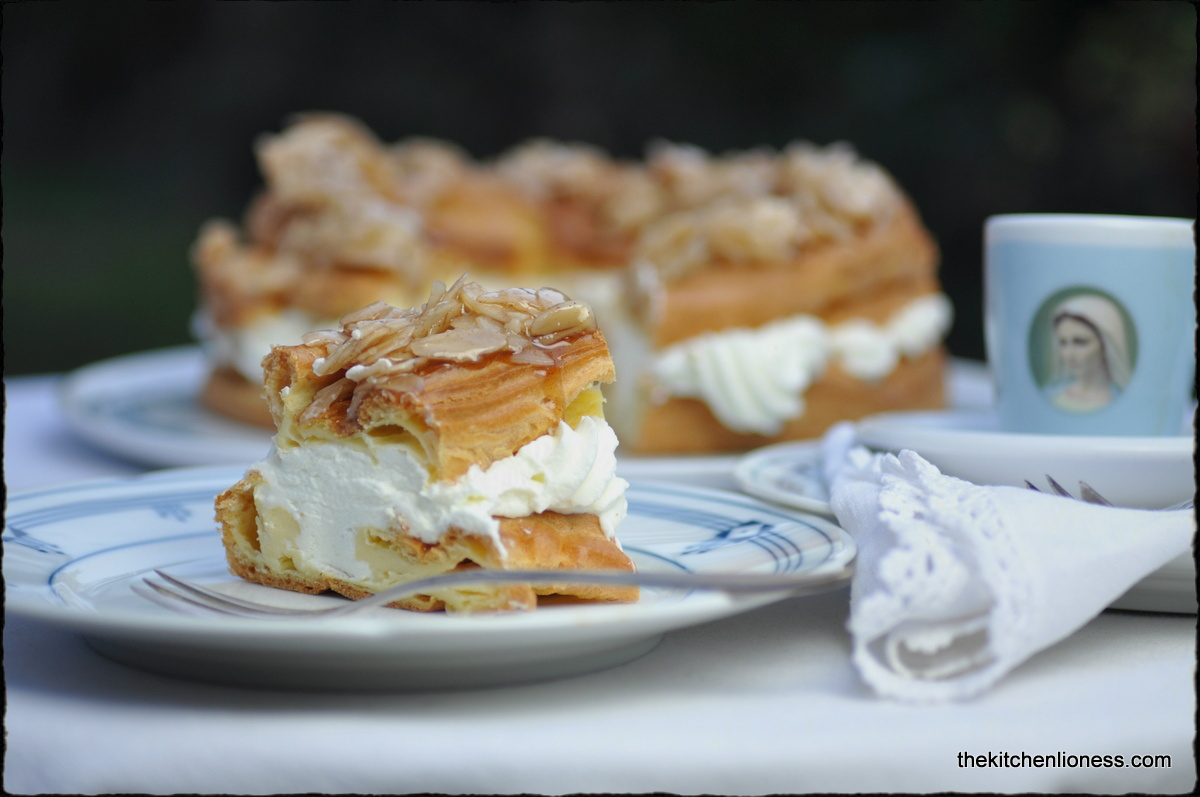 I decided to drizzle the caramelized, slithered almonds on top of the pastry while they were still soft. The sweet almonds are nice as a topping on this pastry as the cake itself is not very sweet and since I did not add much sugar to the whipped cream either.

Overall a very big success, no Paris-Brest left. I will definitely keep this recipe in mind for future invitations. It looks a bit intimidating at first but it in fact it is rather easy to prepare if you follow Dorie´s wonderful recipe.

If you happen to own Dorie Greenspan´s book “Around my French Table”, you will find the recipe for “Paris-Brest” on pages 475-6.