As 2018 draws to a close: Buckwheat Salad with Burrata, Eggplant, Zucchini & Baby Spinach


As this year draws to a close, we long for a winter salad, with grains or seeds, heavy with veggies and topped with fresh, creamy cheese. To change things up a bit, I chose to use buckwheat rather than my other favorites for this type of salad, such as barley, farro or freekeh (for a base recipe, please take a look here). 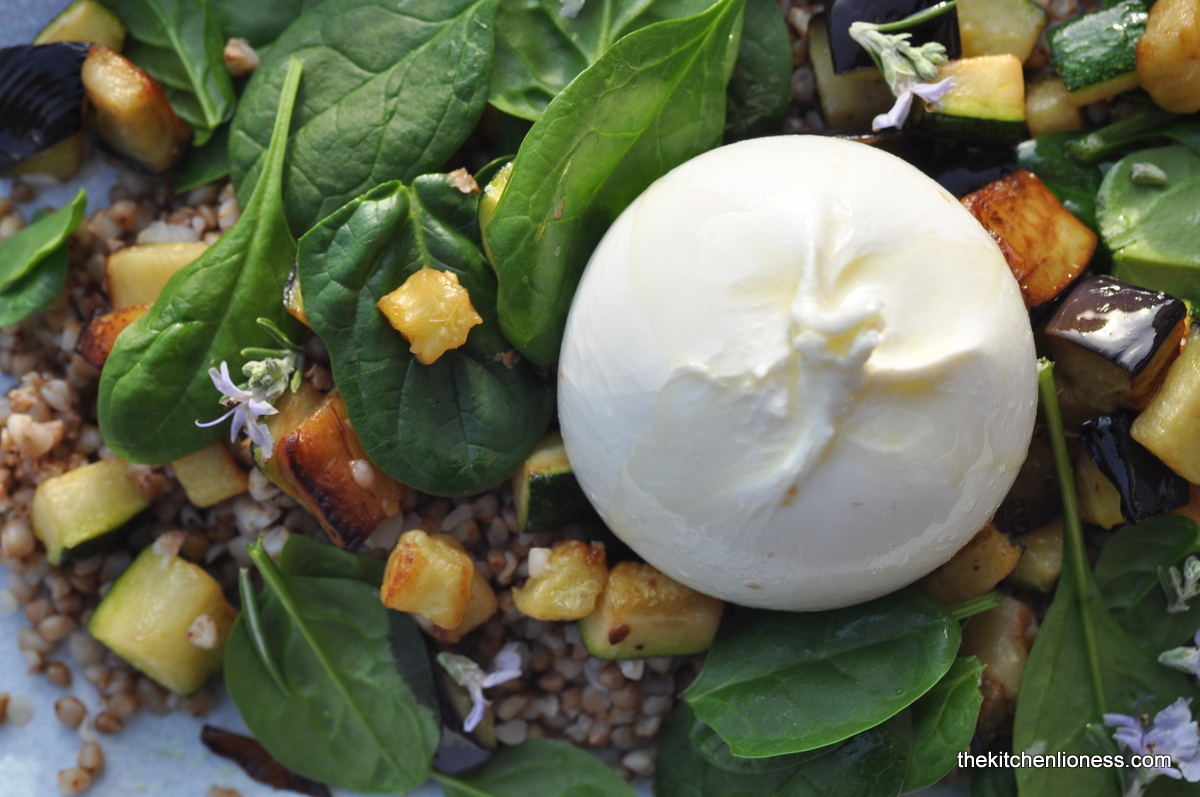 The name 'Buckwheat' is somewhat deceiving as buckwheat is not a grain and has no relation to wheat at all. It is actually a seed, and the plant is a relative of rhubarb. However, it is very similar to a grain, so people tend to include it in that category. Buckwheat is often used in a similar way to rice, barley, bulgar or quinoa, usually as a side dish. You can also use buckwheat for a breakfast porridge with milk, or ground into flour for blini pancakes, bread and noodles. If you are a bit hesitant about the taste of buckwheat, you might enjoy Japanese Soba Noodles, although made from buckwheat flour, they are more delicate and less nutty than buckwheat groats and make delicious salads too.

Buckwheat kernels have a dark hull with a lighter inner seed. And groats are the intact seeds with the hull removed, used for cooking. When toasted, the buckwheat groats are called Kasha, which is how they are most often used in Eastern Europe cooking.

However you chose to serve buckwheat, it has an intense, earthy, slightly nutty and smoky flavor.  Look for kasha, or plain groats, in Eastern European markets, health food shops or in the organic aisle at the grocery store, or simply order online. Once you shop for buckwheat and use it, please do remember that buckwheat contains about double the oil of most cereals, which affects its shelf life, so once opened, keep it in an airtight container.

I am using the hulled seed, or toasted buckwheat groats, in this salad. They cook quickly, unlike many other grains, and their nutty flavor is a delicious backdrop for the vegetables and cheese in this salad. The cooked groats are very light and fluffy in comparison to the denseness of many other grains. I love their texture, especially in salads. If you do enjoy buckwheat, feel free to substitute buckwheat for white rice in any dish. 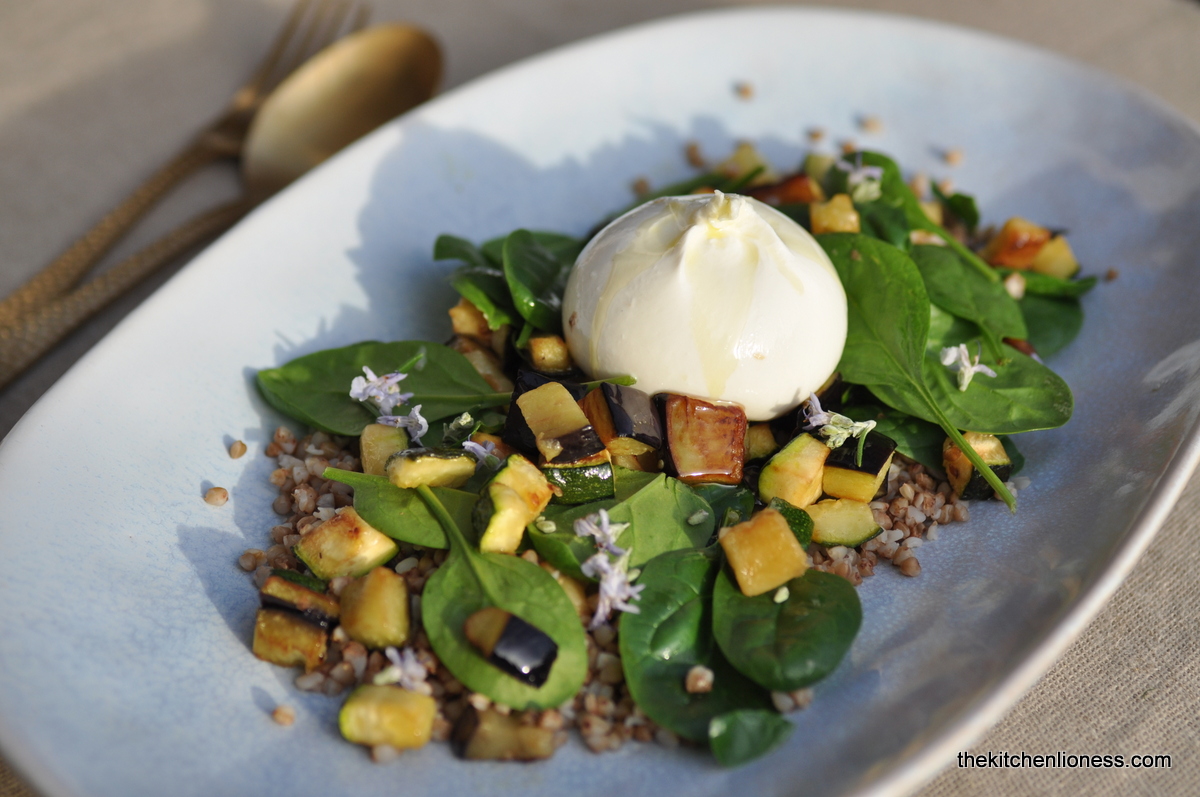 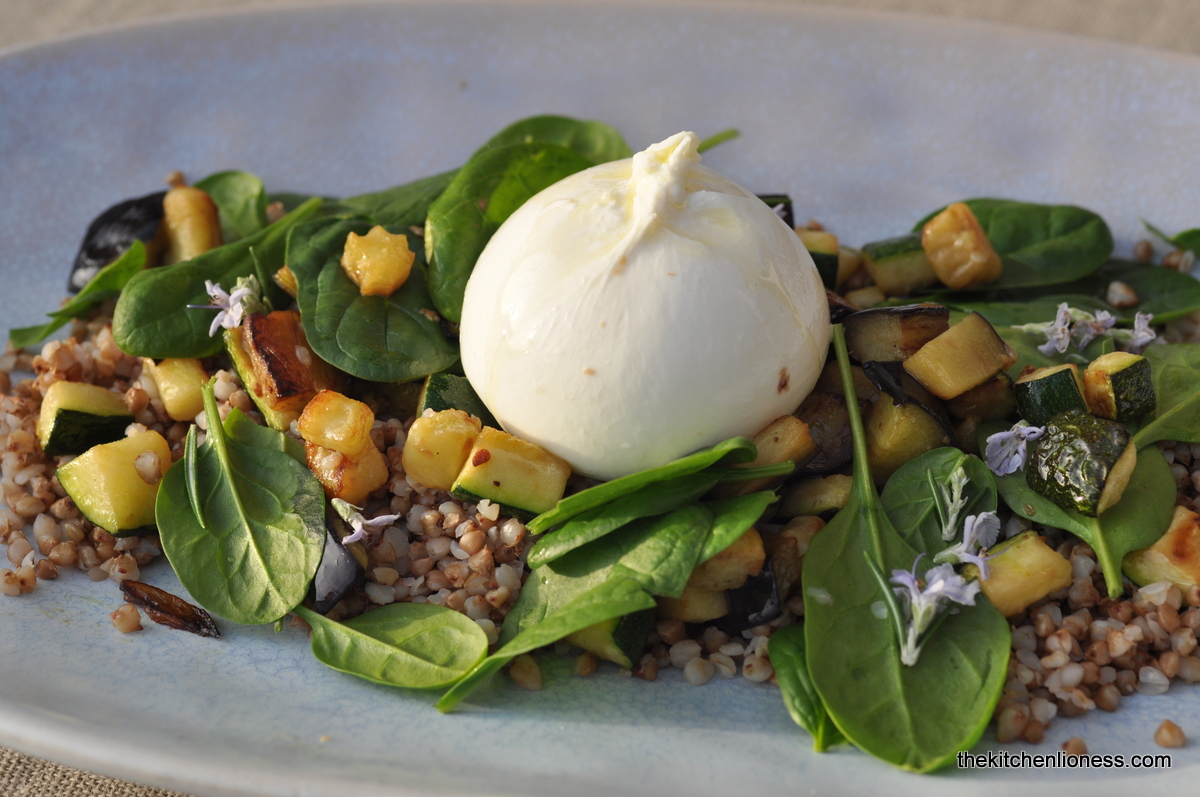 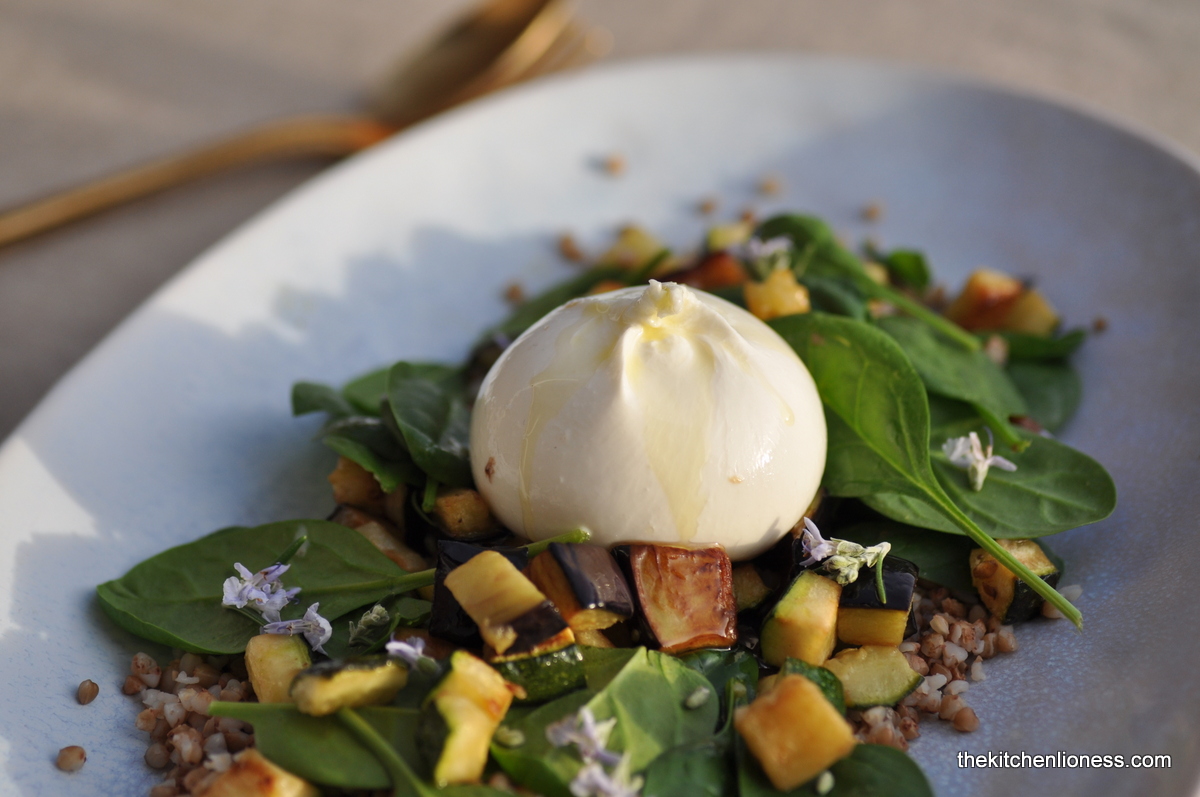 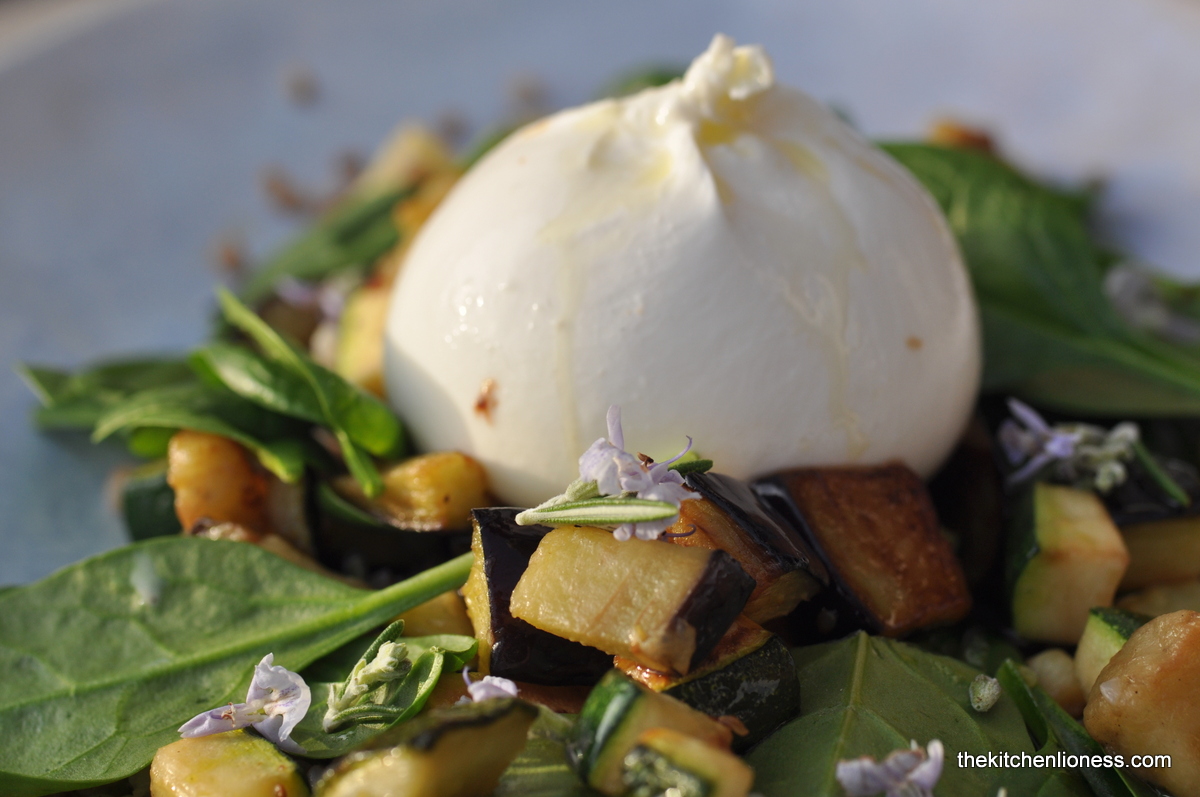 Recipe Note: If the buckwheat you plan to use for this recipe is not toasted, you can dry-roast it over medium heat for about 5 minutes or until it is golden brown in color then remove from heat and proceed with the recipe. 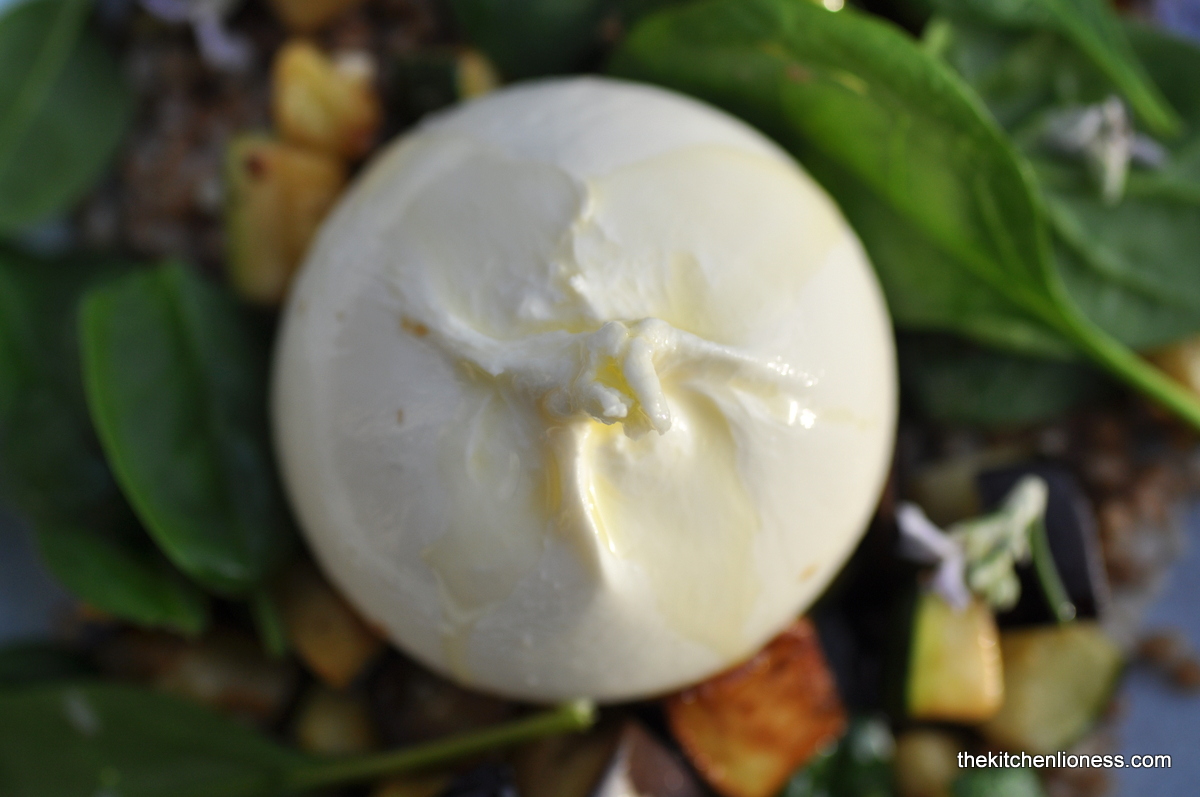 Just a quick note on that lovely Burrata - Burrata is a very decadent cheese – made from mozzarella and cream wrapped in more mozzarella. It is a wonderful addition here but if you cannot get hold of this lovely Italian cheese, feel free to use fresh Mozarella instead. Prosciutto di Parma (Parma ham) would also be a nice addition here as the enjoyable saltiness of that Italian ham goes so well with the soft and creamy Burrata and the delightfully nutty Buckwheat.


Wishing all of you and your families a very Merry Christmas & Happy Holidays! 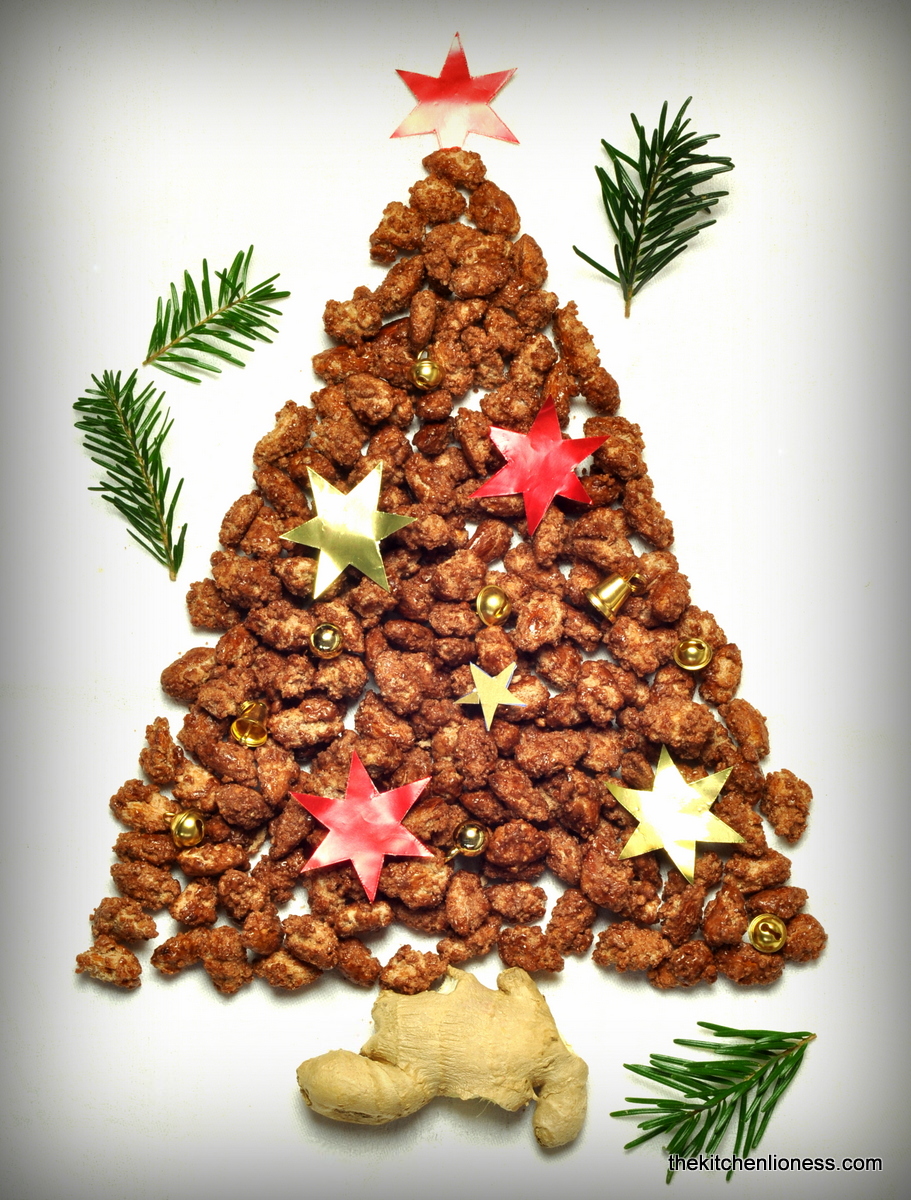 
Pizza Bianca, which translates to 'White Pizza' in Italian, is basically a pizza prepared without tomato sauce. My favorite version has a topping of thinly sliced new potatoes and gets its flavor from two kinds of cheese, one mild (mozzarella) one deliciously salty (parmesan), then delightfully woodsy rosemary from my garden and a lovely topping of peppery winter purslane. If you cannot find fresh Winter Purslane, of course, you could substitute with fresh arugula (aka rocket) here or other seasonal winter greens that you like.

As far as the pizza base is concerned, we all know that nothing beats making your own pizza dough but, particularly at this rather busy time of the year, there is no shame in using a good quality store bought pizza dough. Whether you make the dough yourself or not, just remember to make sure that your oven is rather hot as you are looking for a crust that will be crisp on the outside and chewy in the middle, maybe charred in spots, giving your Pizza Bianca that slightly smoky flavor that you love from brick ovens. 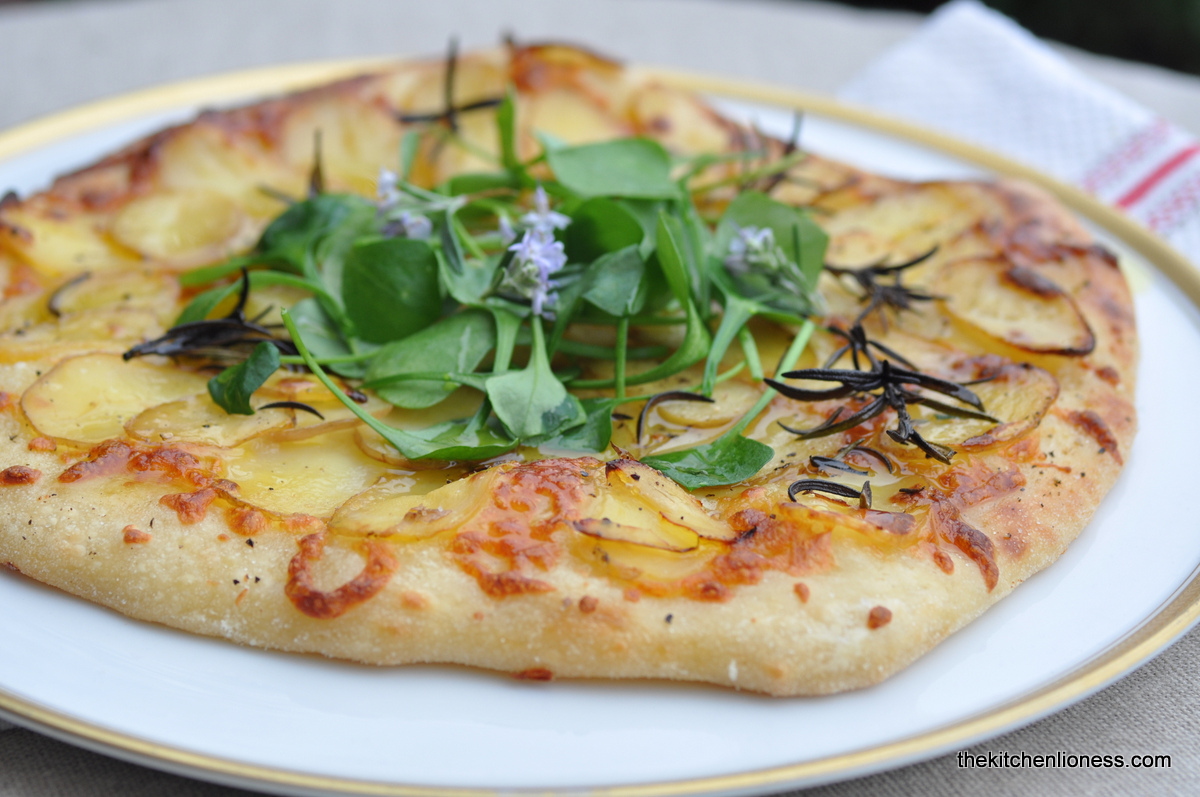 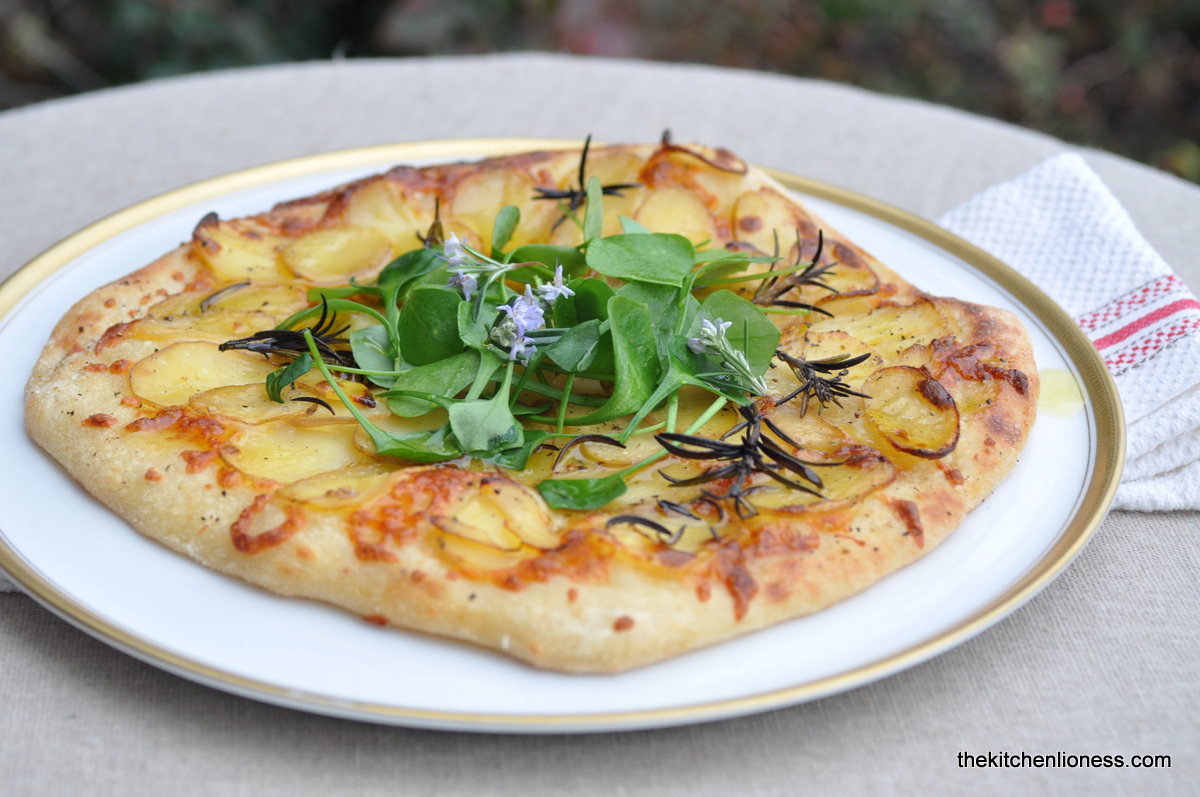 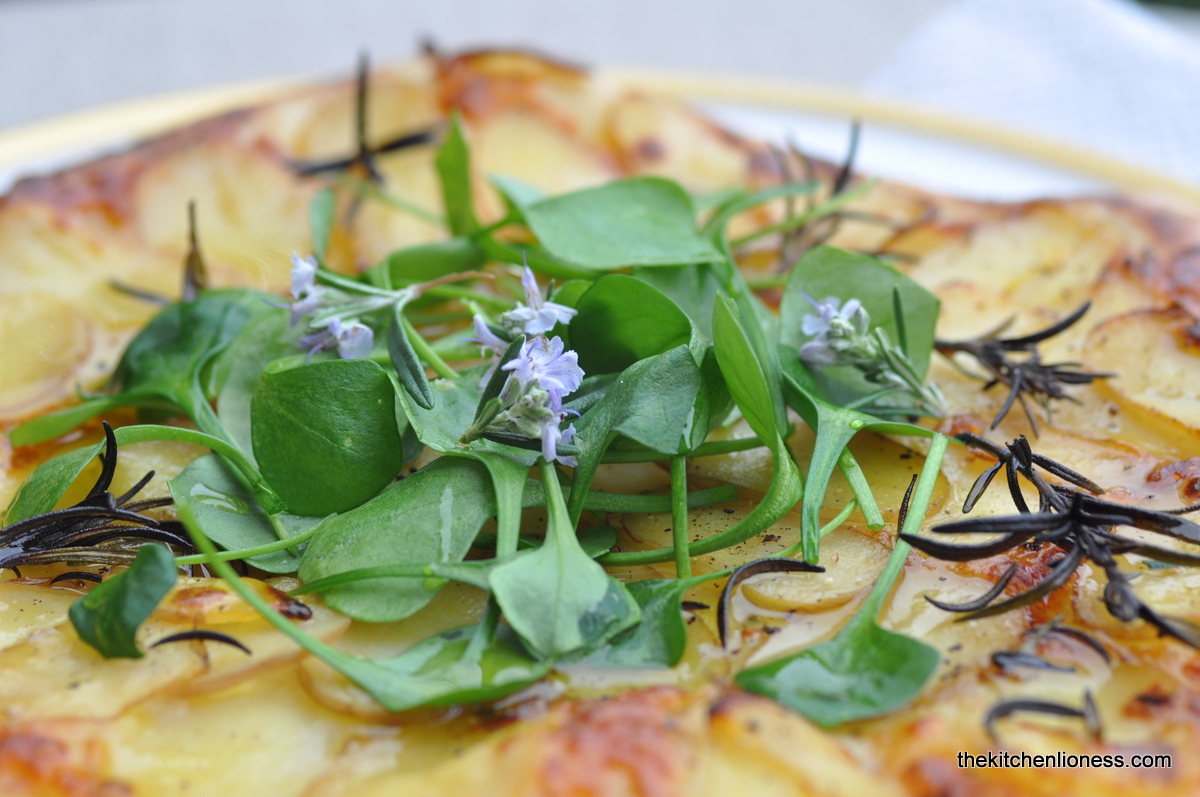 Ingredients for the Toppings


Ingredients for the Pizza Dough*

For the biga
For the final dough


Preparation of the Pizza Dough

Enjoy for lunch or dinner, just as is or maybe with a warming bowl of soup alongside.