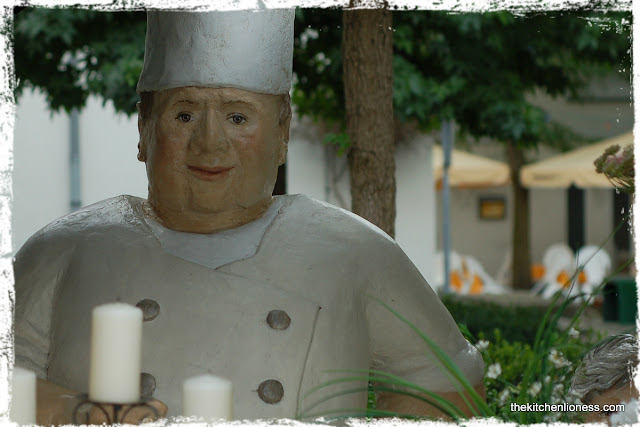 Detail from "Tischinszenierung - The big Feast"

For many years the German artist Christel Lechner has been working on a series of engaging sculptures entitled “Alltagsmenschen - Ordinary People”. The life-size concrete constructions depict normal people partaking in simple activities, from bathing and dancing, sipping a glass of wine and looking at the stars, to having a meal at a restaurant, or hanging out the laundry, to just sitting around at a bus stop or in the park. The statues have been installed as public art  in real world settings at various nondescript outdoor locations. Please see also my post of May 6th, 2012

Christel Lechner is a well-known artist who is based in Witten; she is quite skilled at capturing the unique essence of regular folks  that you might pass on the street. Some critics dismiss the art as irrelevant “kitsch”, but I find the work reflects our human experience, while still being insightful, funny and powerful.

The sculptures blend into their surroundings, they seem to have become an integral part of the Town´s life, such as the "The Big Feast" which was placed in front of a kitchen and interior design store, the "Hog" which was put up in front of a butcher´s shop or "The Sun Worshippers" who are bathing in the sunlight in front of a local Hotel called "Hotel Sonne". 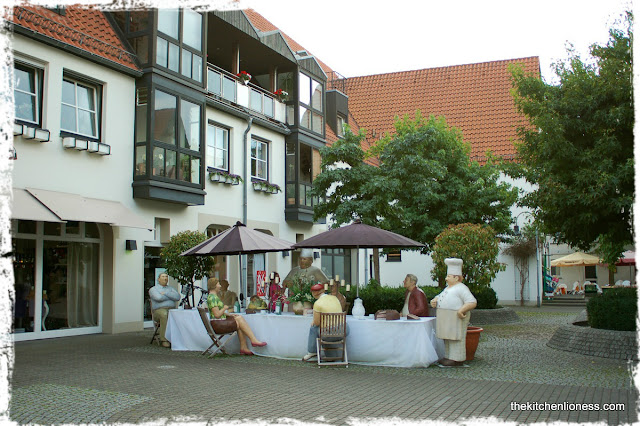 
To some visitors Lechner’s statues “brilliantly convey the culture, nuanced aesthetics and idiosyncratic behavior” that one often encounters in Germany. Some of the sculptures even seem to bear a striking resemblance to some people we know.

Following are photos from a recent art installation Lechner created in Rheda-Wiedenbrück, Germany (http://de.wikipedia.org/wiki/Rheda-Wiedenbrueck), a town located in the state of North Rhine-Westphalia, founded about 1088. While visiting, you can admire the town´s beautifully renovated half-timber houses or pay a vistit to Rheda Castle. 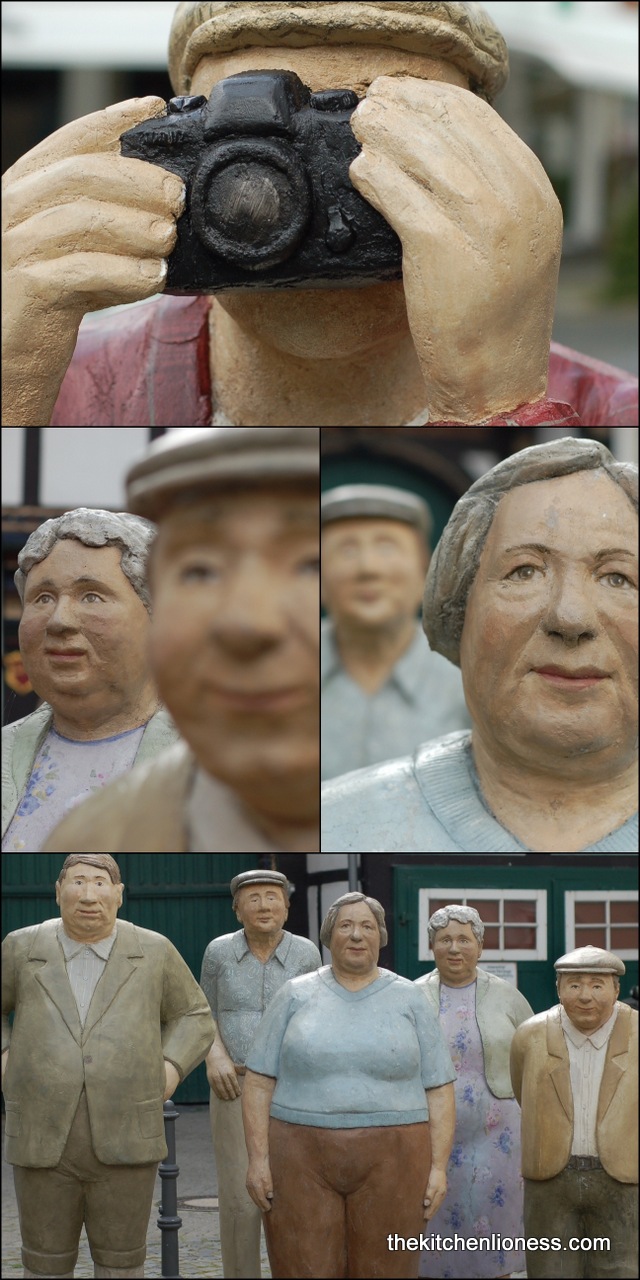 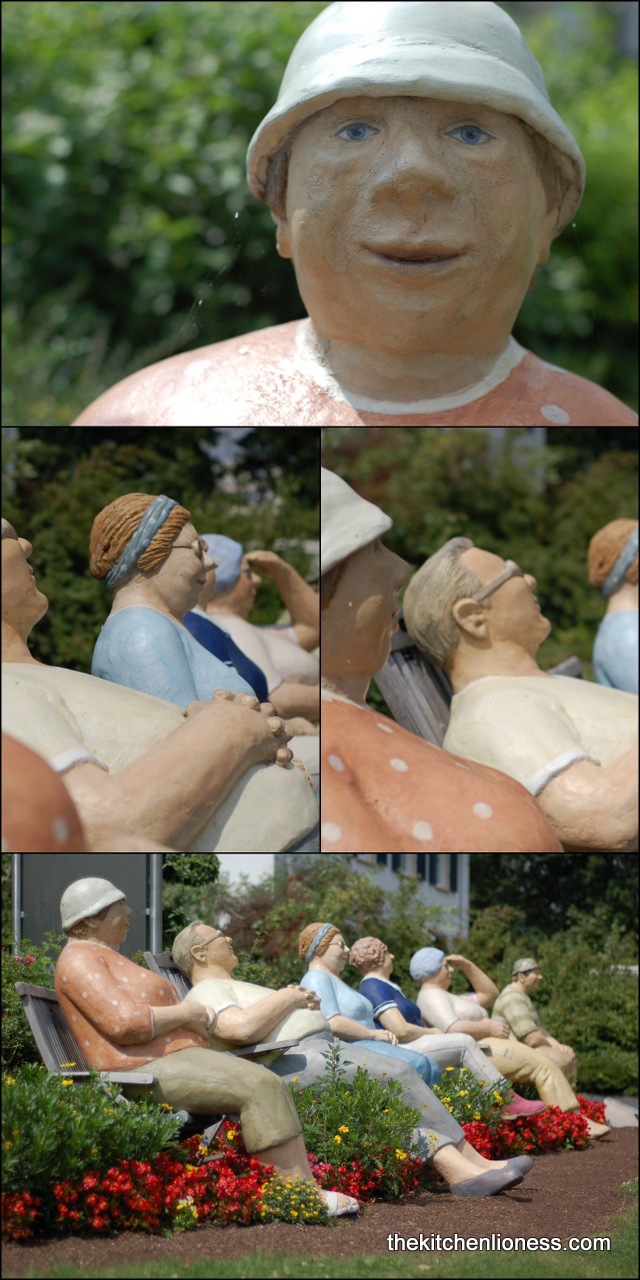 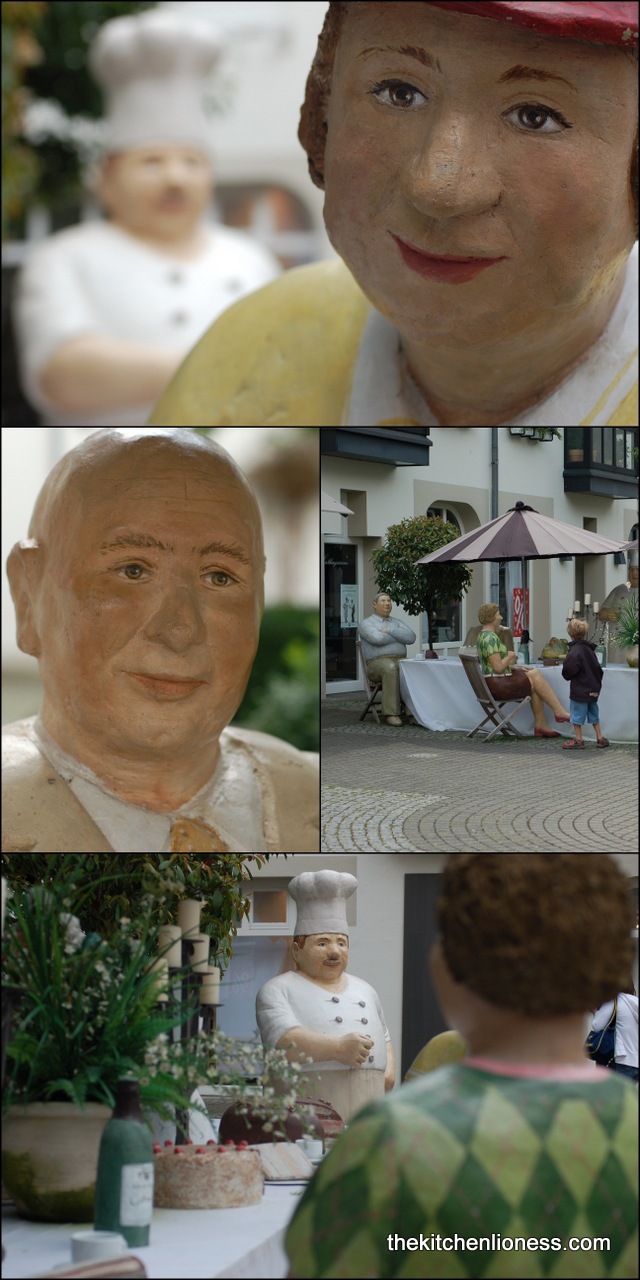 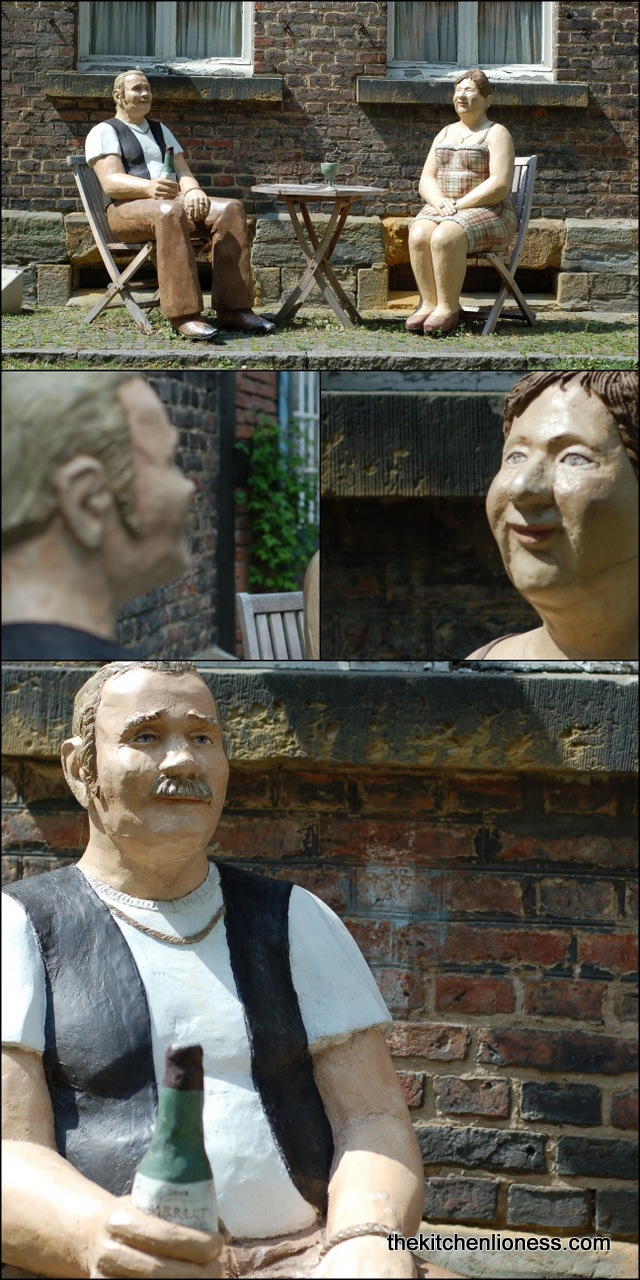 Hamburger Paar – A Couple from Hamburg 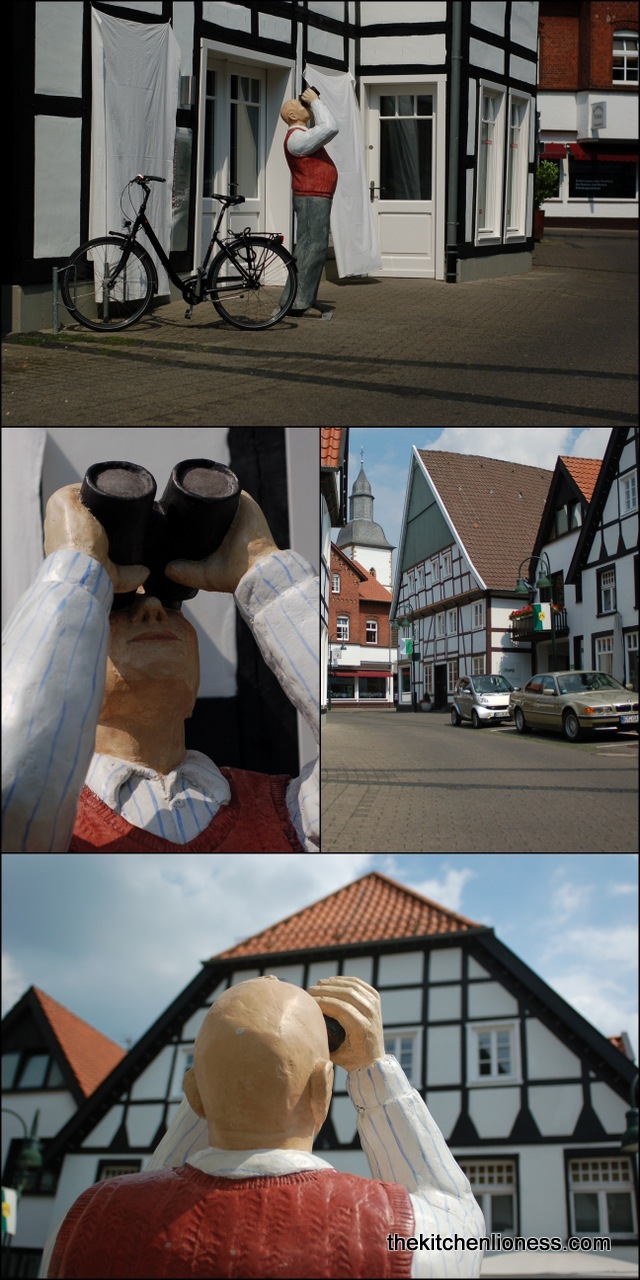 Himmelsgucker – Looking at the Stars 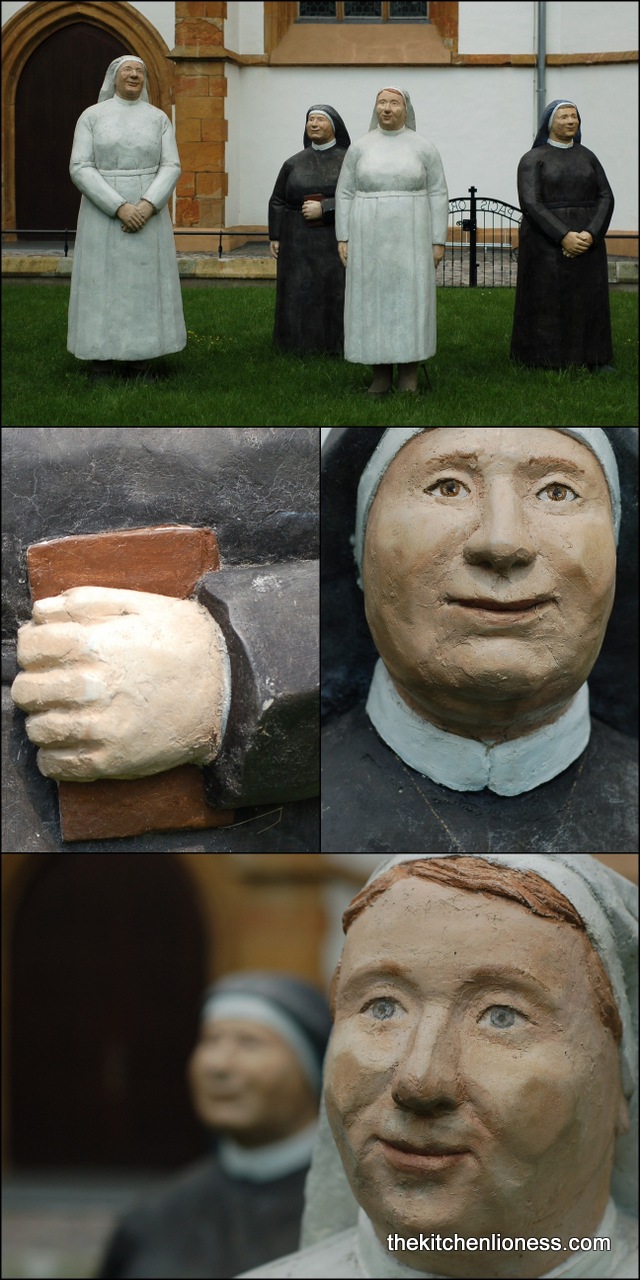 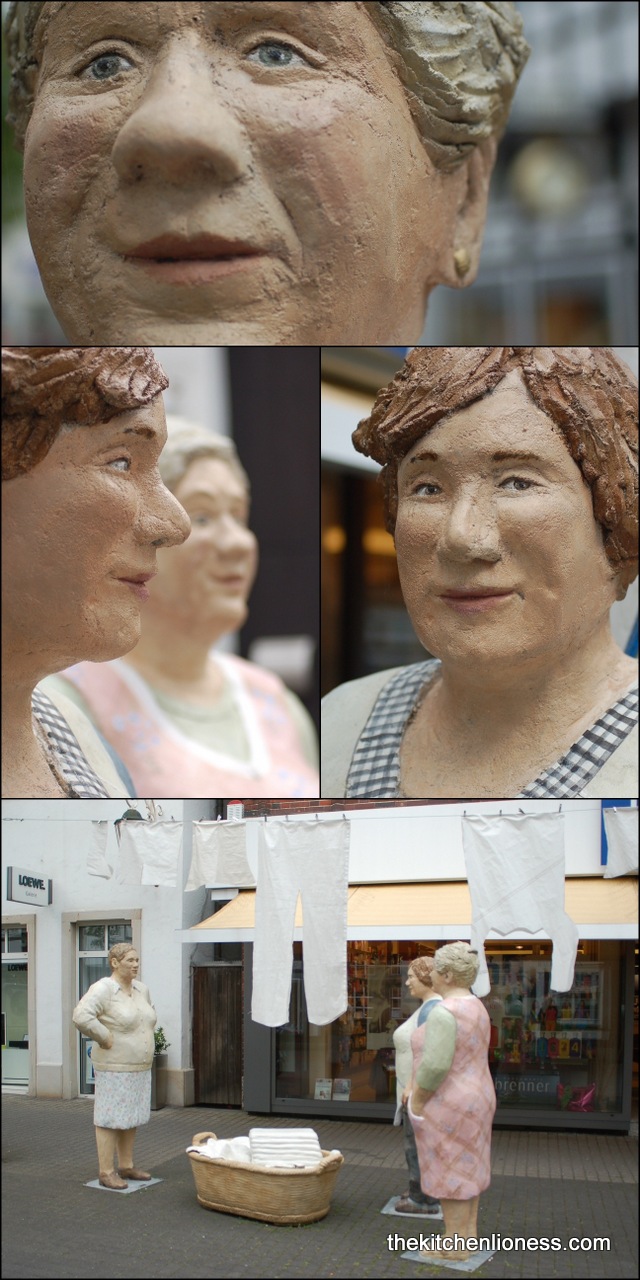 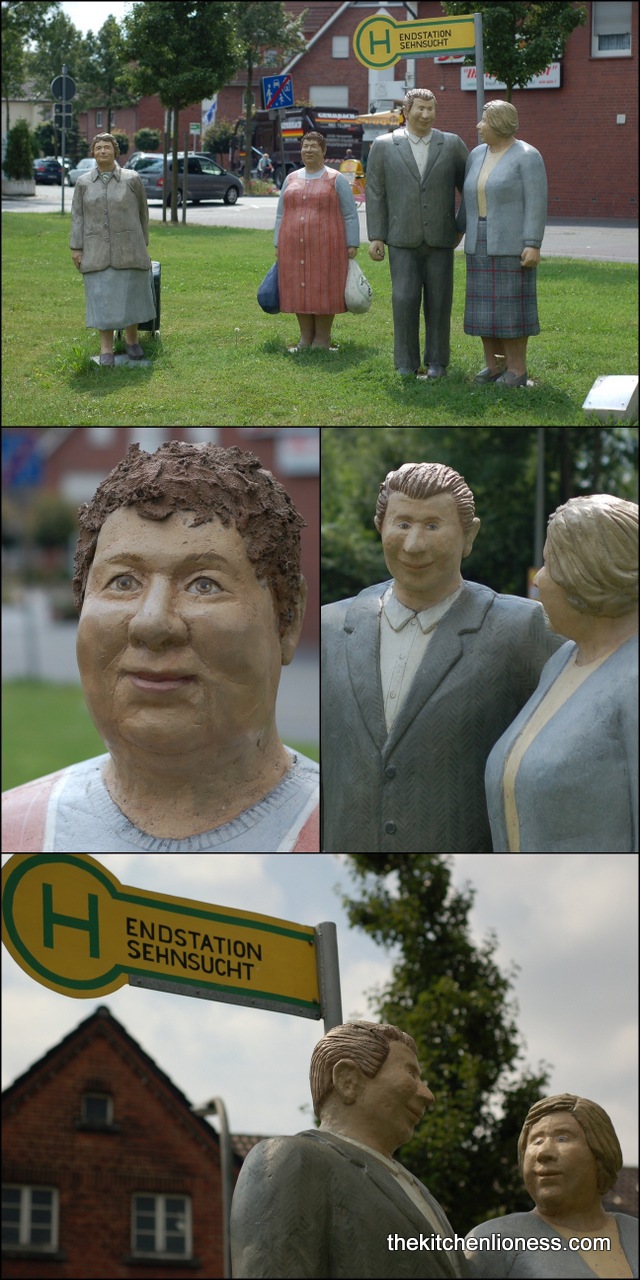 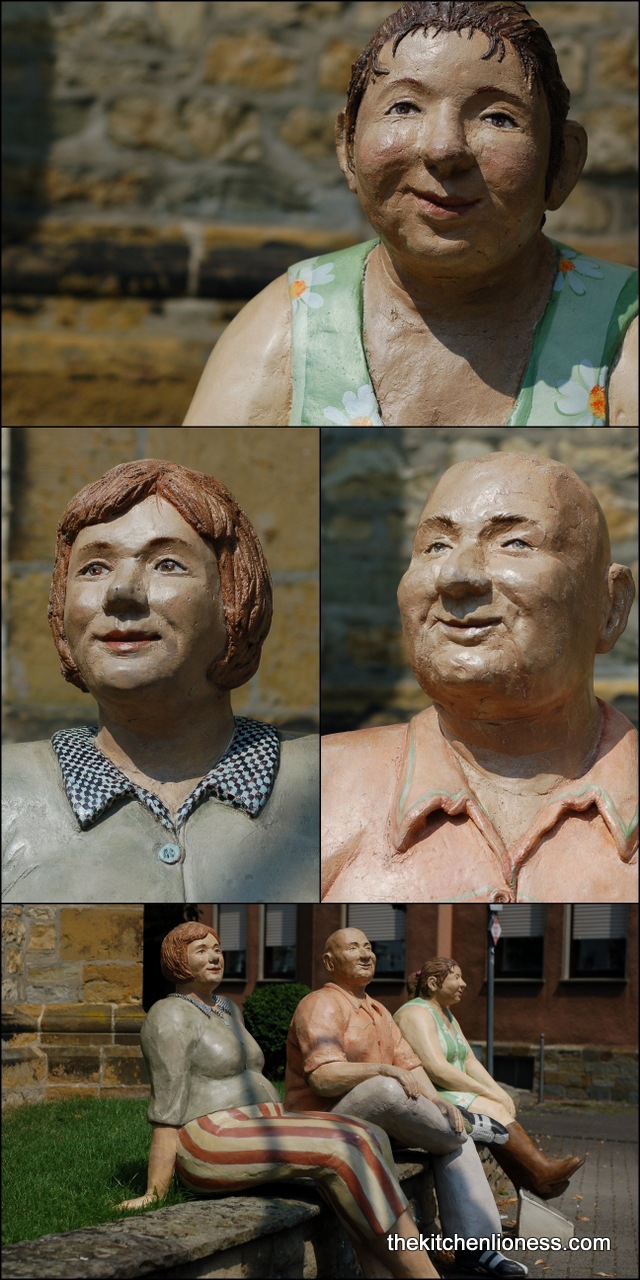 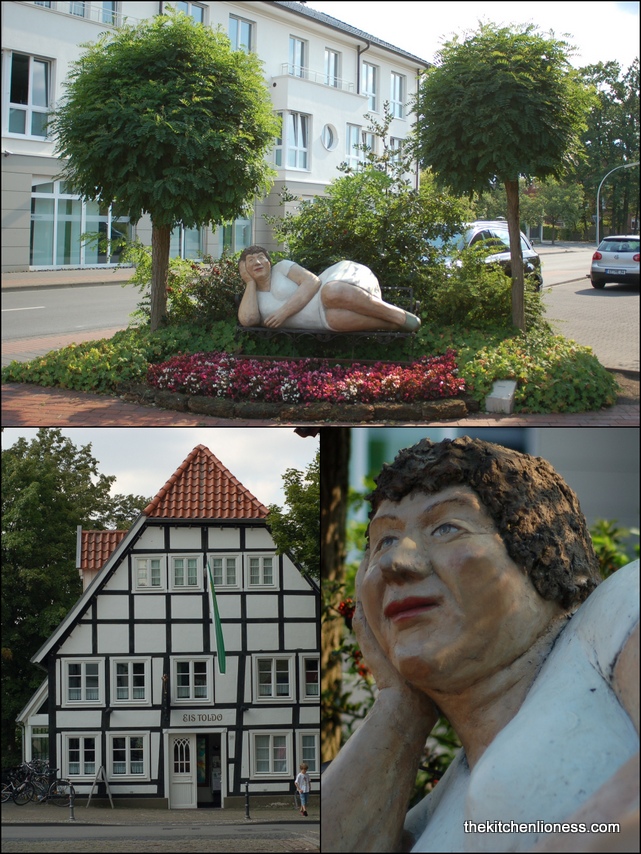 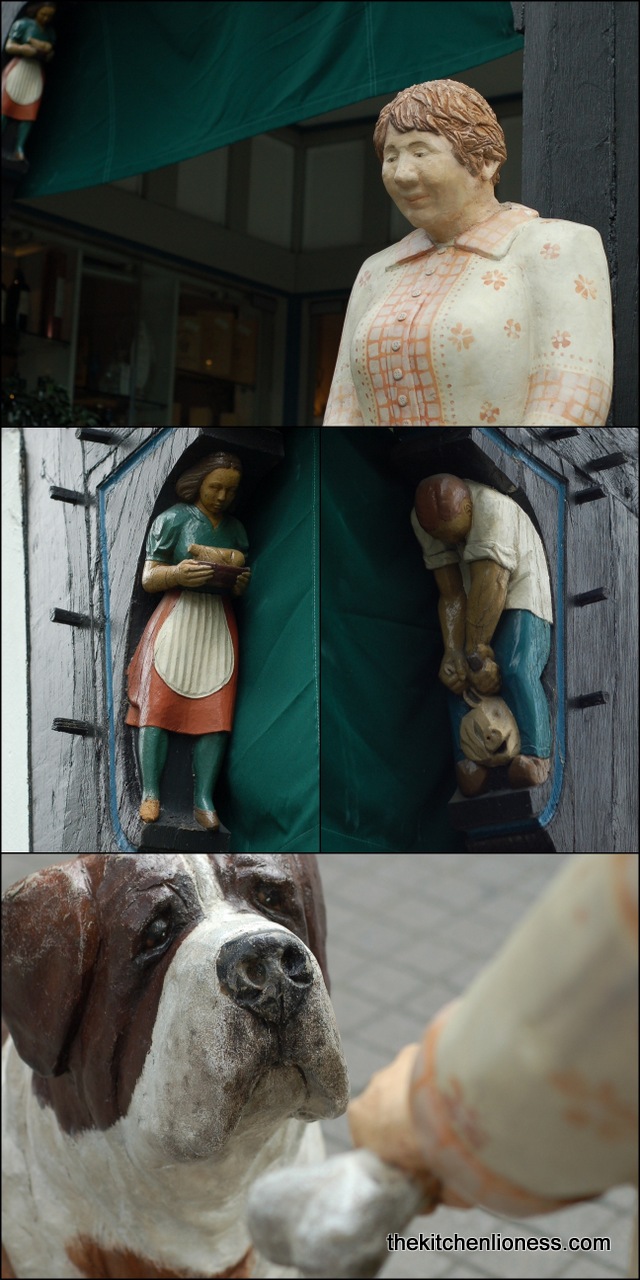 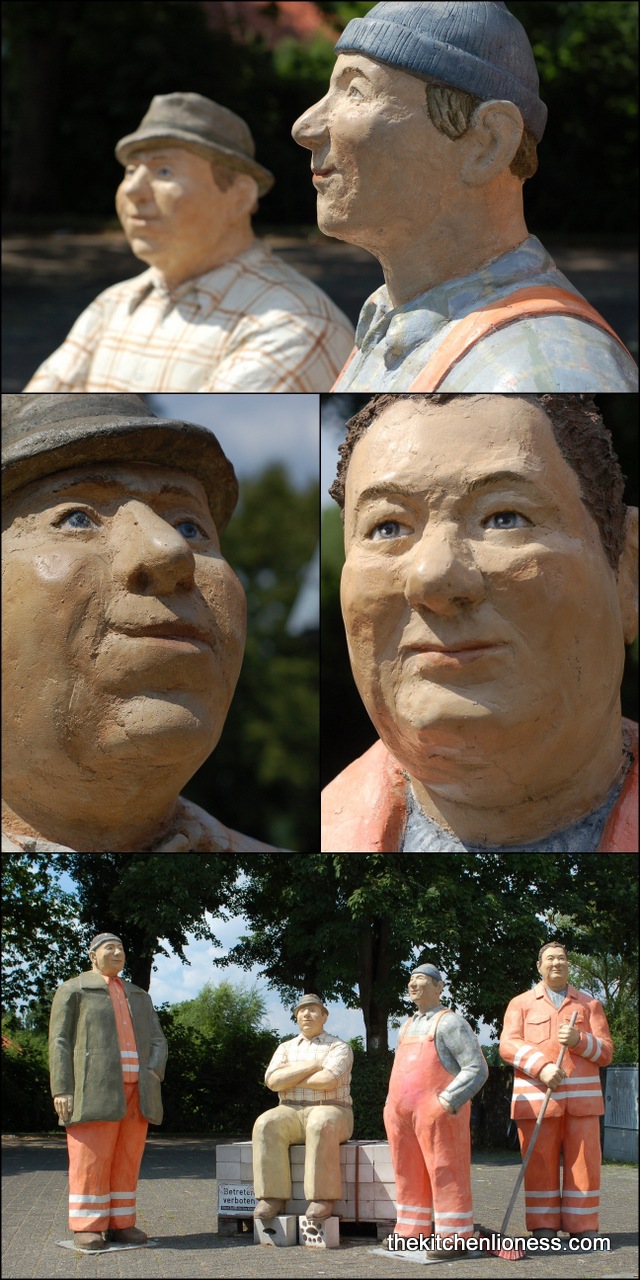 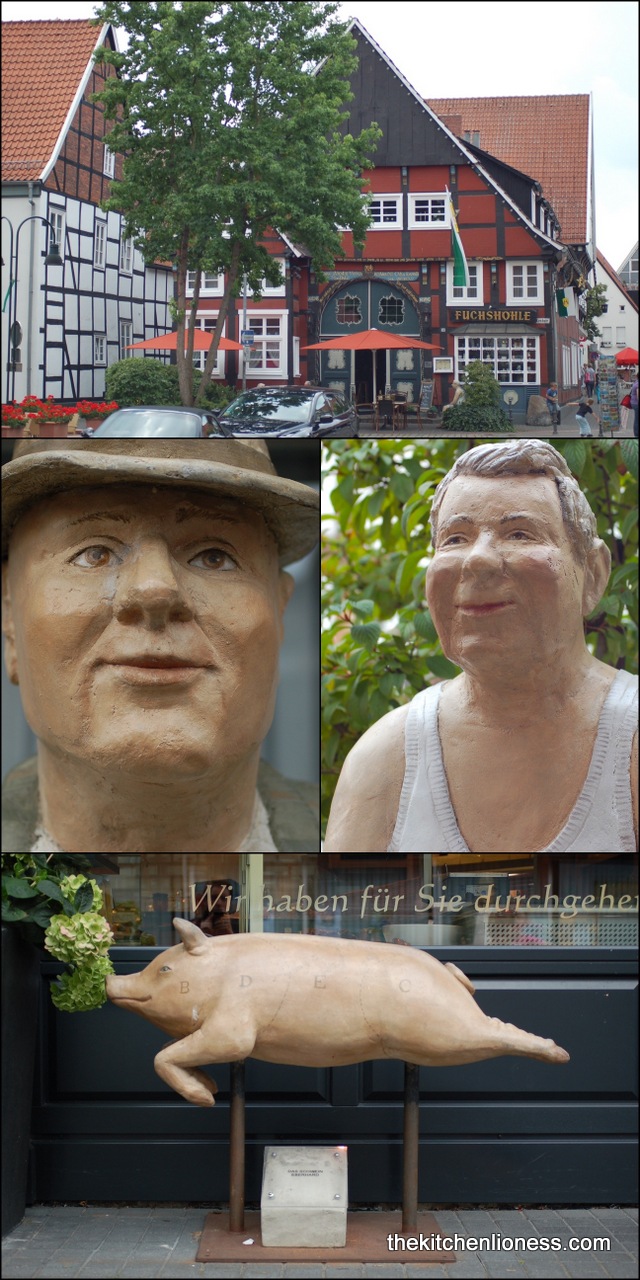 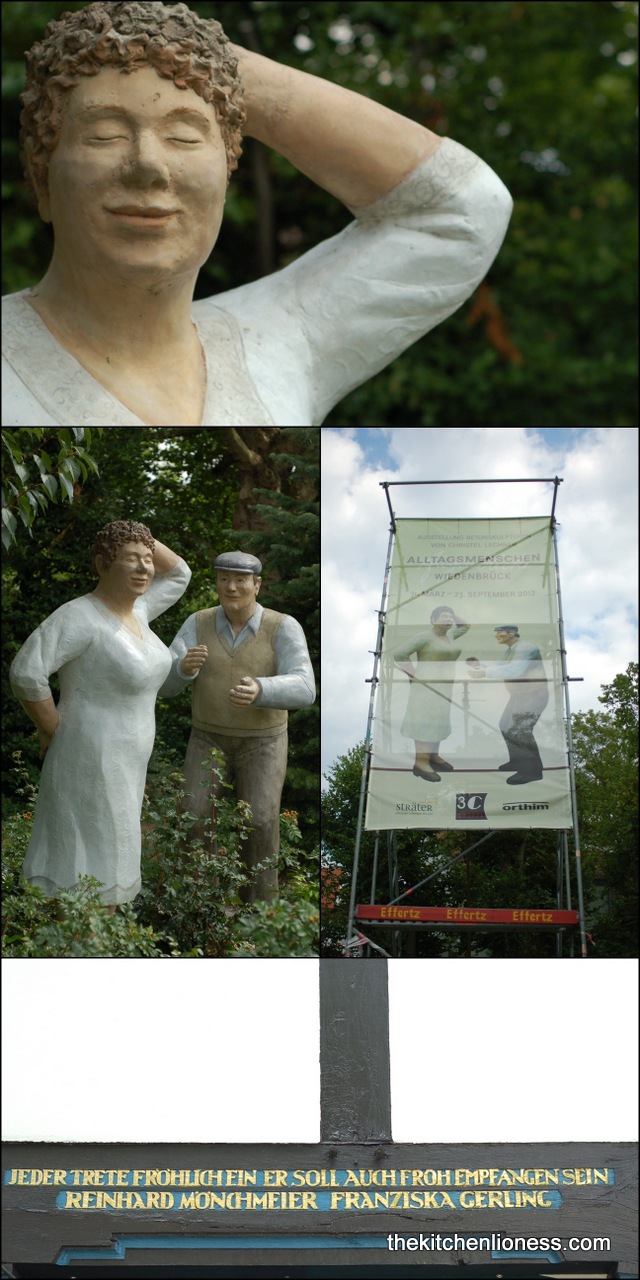 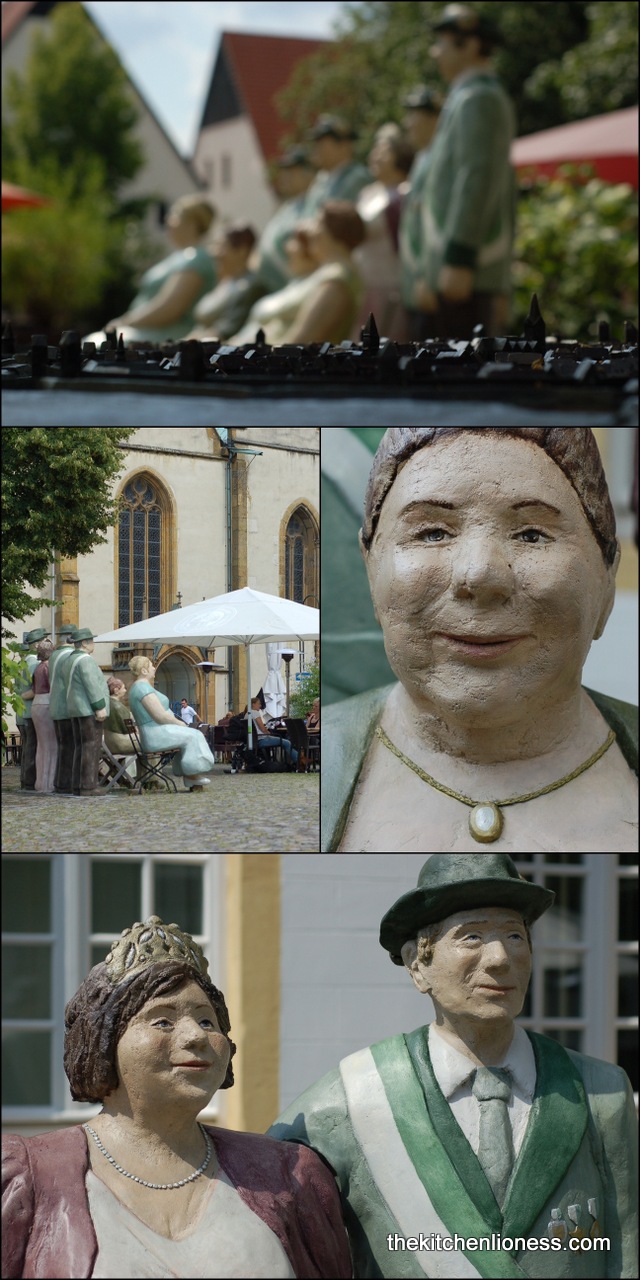 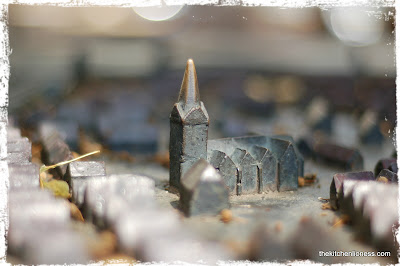