Today´s recipe for the French Fridays with Dorie Group is Chicken Tagine with Sweet Potatoes. A Tagine is a Berber dish from North Africa, that is named after the special earthenware pot in which it is cooked. 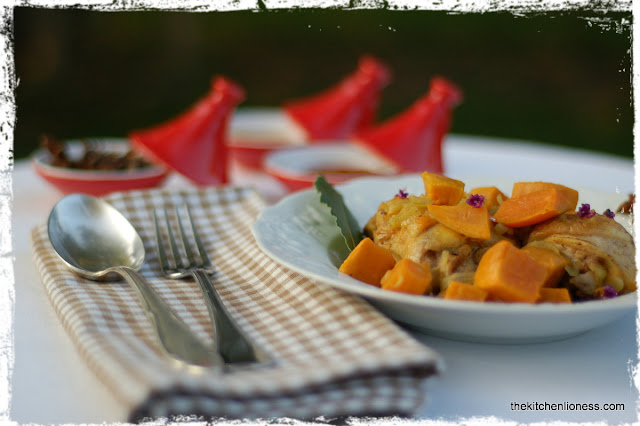 Tagines are slow-cooked stews braised at low temperatures, resulting in tender meat with aromatic vegetables and sauce. Dorie´s recipe calls for chicken to be browned first and then to be stewed with onions, sweet potatoes and pitted prunes (which I omitted). 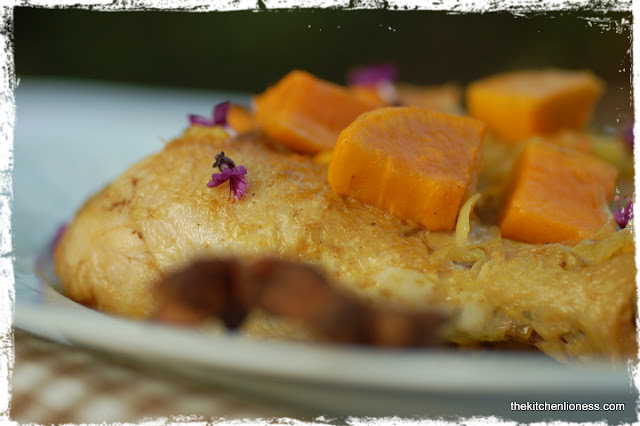 The other ingredients of this dish are some wonderfully aromatic spices. You will need saffron (I bought some wonderful Spanish saffron), ground cinnamon, some cayenne (which adds just the right amount of spicyness), star anise (which smells heavenly while cooking away in the stew) and a bay leaf (I still have a lot bay leaves left on my plant in the garden). I do not own a real tagine pot to cook this stew and used a regular cast-iron pot but I found these adorable Mini Tagines, put some of the spices that I used in the little plates and placed them on the table as decorations – besides I loved the smell that emanated from these little colorful porcelain dishes. 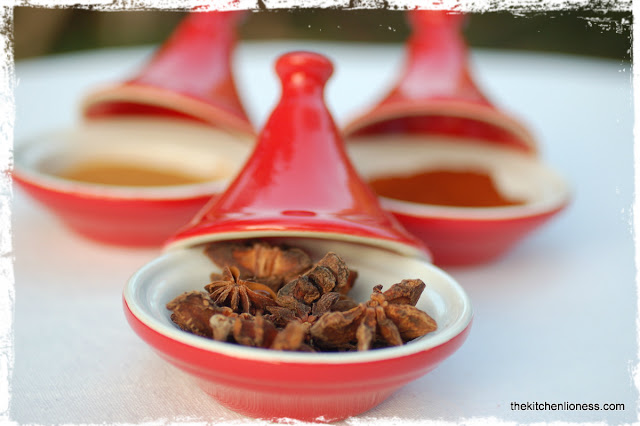 Since I always make my own chicken stock, I used that as the stewing liquid and it made for a nice jus when I served the finished dish over rice. The only change I made to the dish was to omit the pitted prunes, the wonderful honey that was also part of the ingredient list, added enough sweetness to this dish for our taste. 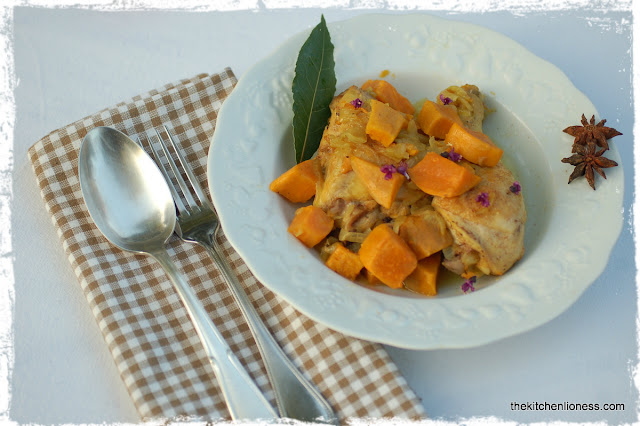 The cubed orange-fleshed sweet potatoes harmonized well with all the spices in this dish and were a colorful addition, even after having bubbled away in the chicken stew for quite some time, they retained their wonderful bright color. 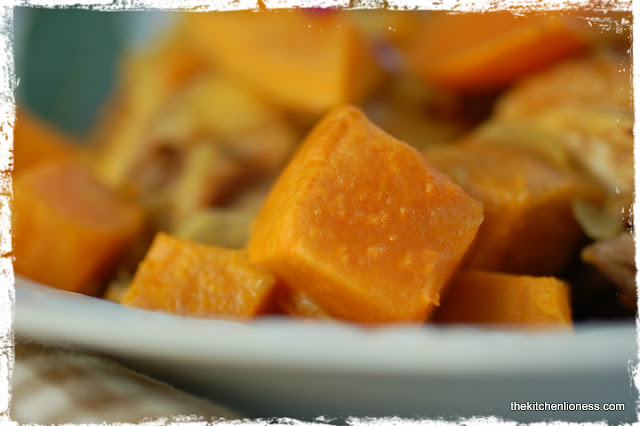 In summary, the Tagine was well worth making, it smelled wonderful and intriguing while stewing but not all the little taste testers agreed, two of them happily munched away on the rice. After dinner we turned our attention to the dessert. 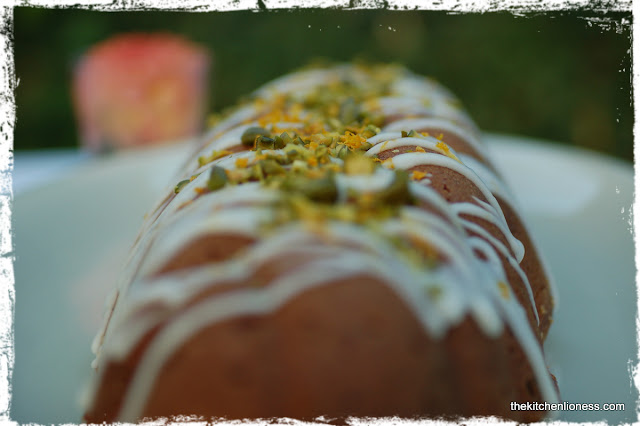 Since I had bought some fresh spices for this dish, I decided to bake an Oriental Spice Coffee Cake for dessert. The cake recipe calls for spices such as cardamom, ground cloves, cinnamon and saffron. But you also need to add freshly brewed strong coffee, light brown sugar, orange zest, pistachios and dark chocolate. I decided to use Lindt Excellence Orange Intense, which added even more wonderful orange flavor to this wonderfully moist cake. 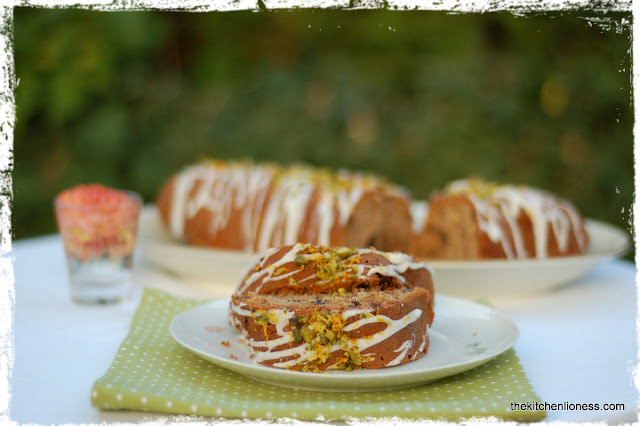 This was an intriguing dinner recipe and a new dessert recipe – lots of spices, lots of wonderful smells and a very harmonious dinner indeed! To see how adventurous the other Doristas felt this week when preparing the Chicken Tagine,  please click here. 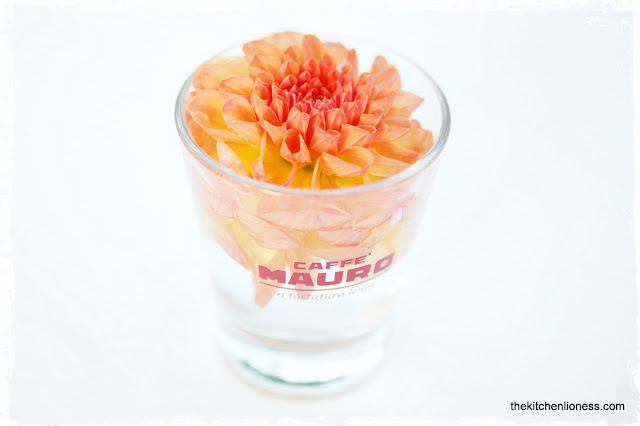