On November 11th each year, Germans celebrate St. Martin's Day (“Martinstag”) also known as the Feast of St. Martin of Tours. It is a day to honor St. Martin. Historically, the St. Martin´s Day was a time for feasting celebrations (signaling the end of the harvest season). St. Martin was born in 316 or 317 and started out as a Roman soldier, he was baptized as an adult, became a monk and was named Bishop of Tours on July 4th, 372. It is understood that he was a kind man who led a quiet and simple life. The most famous legend of his life is that one cold winter day, during a snowstorm, he was riding through the country when a shivering beggar came his way. Since he had neither food nor money, St. Martin cut his wollen cloak in half with his sword to share it with the freezing beggar. It is said that he thus saved the beggar from dying of the cold.

Every year, St. Martin´s Day is celebrated to commemorate the day of his burial on  November 11th, 397. In some parts of the Netherlands, in a small part of Belgium, and in some areas of Germany and Austria, children walk in processions through the villages and cities. They carry colorful paper lanterns and sing Martin songs. Usually, the walk starts at a church and ends at a public square. A man on horseback dressed like St. Martin accompanies the children. When they reach the square, a Martin’s bonfire is lit and Martin’s "sweet dough men" are distributed.

The tradition of the lanterns goes back to former times, when people lit candles to honor a saint and when lanterns were put up everywhere in town when a bishop came for a visit.

The custom of lighting a Martin´s bonfire after the lantern procession represents the beginning of festivities. In former times, most of the work on the fields had been completed and now it was time to celebrate, drink and eat. Traditionally, a fat goose and sweet bread treats were served. 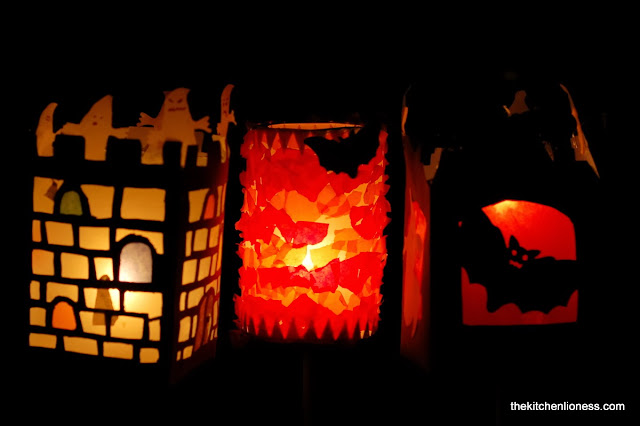 Today, in the days and weeks leading up to the feast of St. Martin, children craft their own paper lanterns (“Martinslaternen”) in school or in kindergarten. On the day of the celebrations, the children go door to door after participating in one of the numerous lantern procession (“Martinszug”) singing St. Martin songs (“Martinslieder”) in exchange for sweets. 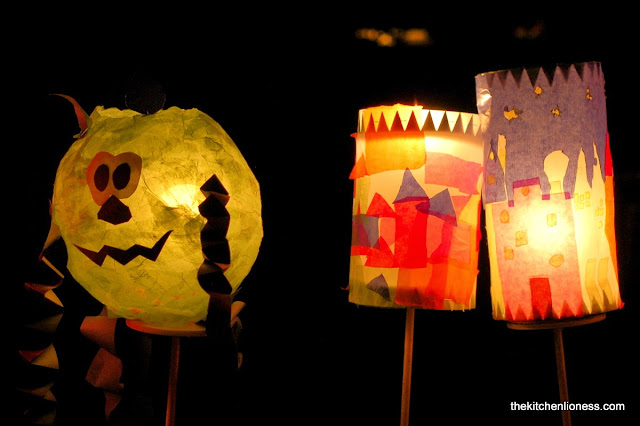 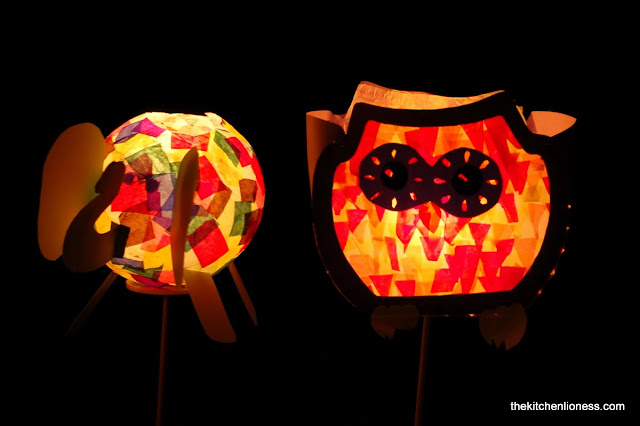 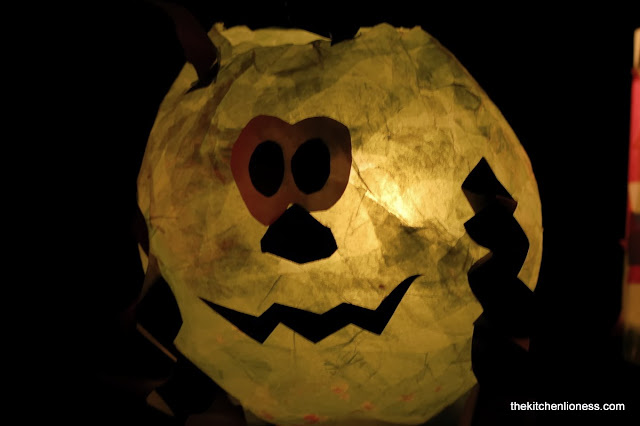 Some of the children also crafted colorful villages… 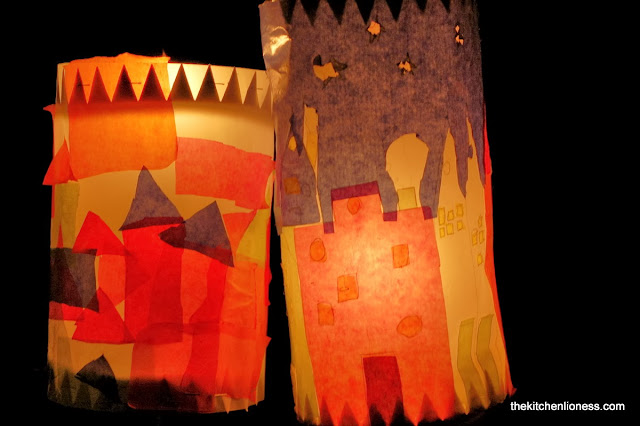 ….and a haunted ghost´s castle…. …and another haunted ghost´s castle. 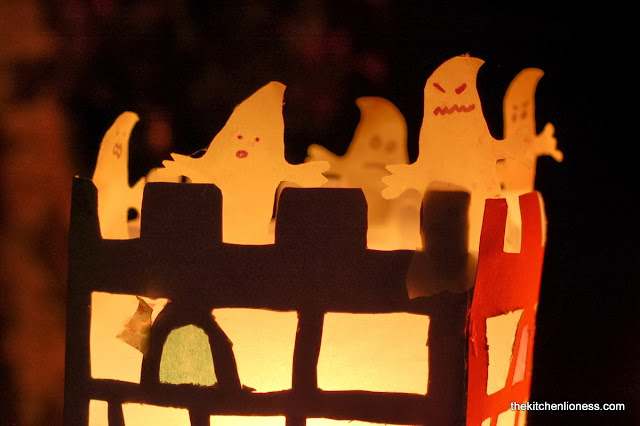 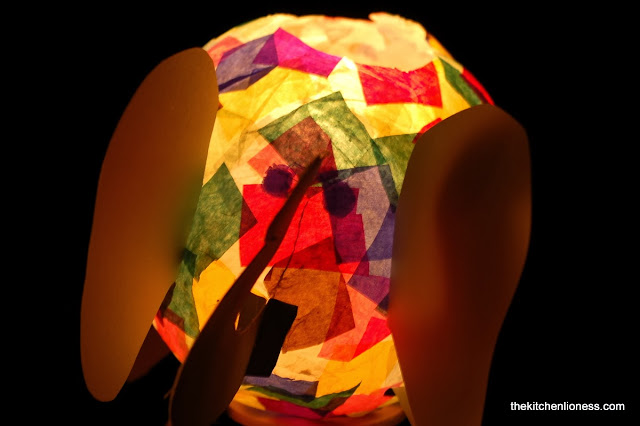 …and one more delightful big-eyed owl. 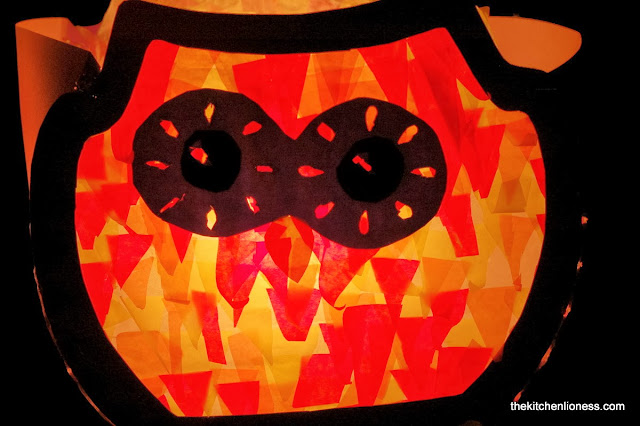 To conclude the celebrations of St. Martin´s Day, the traditional treat that is given to the children after the St. Martin´s Day procession, are pastries called “Weckmänner”, baked goods in the shape of a man holding a clay pipe. 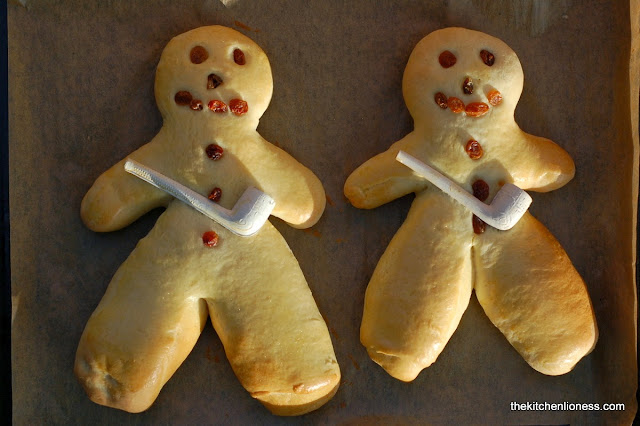 Every year, I bake these so-called “Weckmänner” (“sweet dough men”) for family and friends.

The yeast-based dough is just a bit sweet and to this day, the clay pipe that each sweet dough man carries, symbolizes an episcopal crozier (turned upside-down), in memory of St. Martin the Bishop. 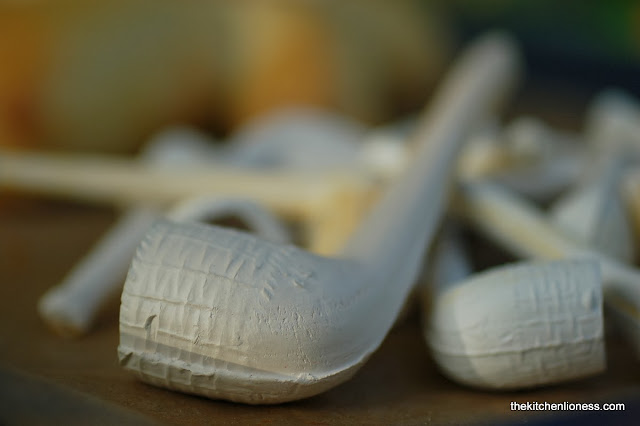 The clay pipes that I always use were handcrafted in Germany and have become somewhat of a collector´s item. 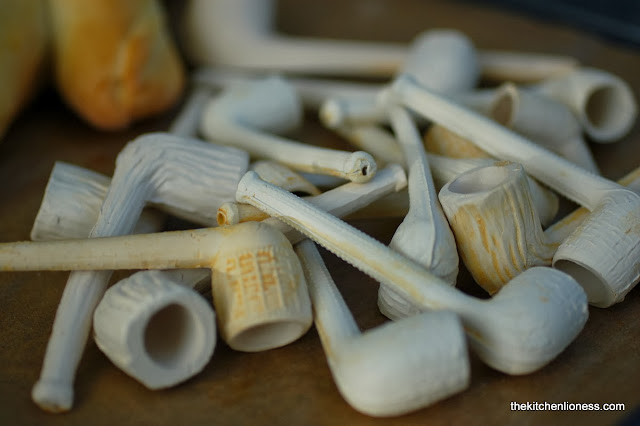 Today, on St. Martin´s Day,  we will be watching the St. Martin´s procession along our street, right in front of our house. We will decorate the front yard with lots of colorful lanterns. And after the procession, the children will carry their candle-lit hand-crafted paper lanterns from house to house in our neighbourhood singing St. Martin´s songs, getting mostly sweets as a reward for their singing.

We will be waiting for all the children with baskets full of candies (and some apples and clementines). The festivities in memory of St. Martin bear some resemblance to Halloween that was celebrated in many parts of the world just eleven days ago.