FFwD: Dieter´s Tartine or "This is how Happiness tastes" - "So schmeckt Glück"


This week´s recipe for the French Friday with Dorie group is Dieter´s Tartine. 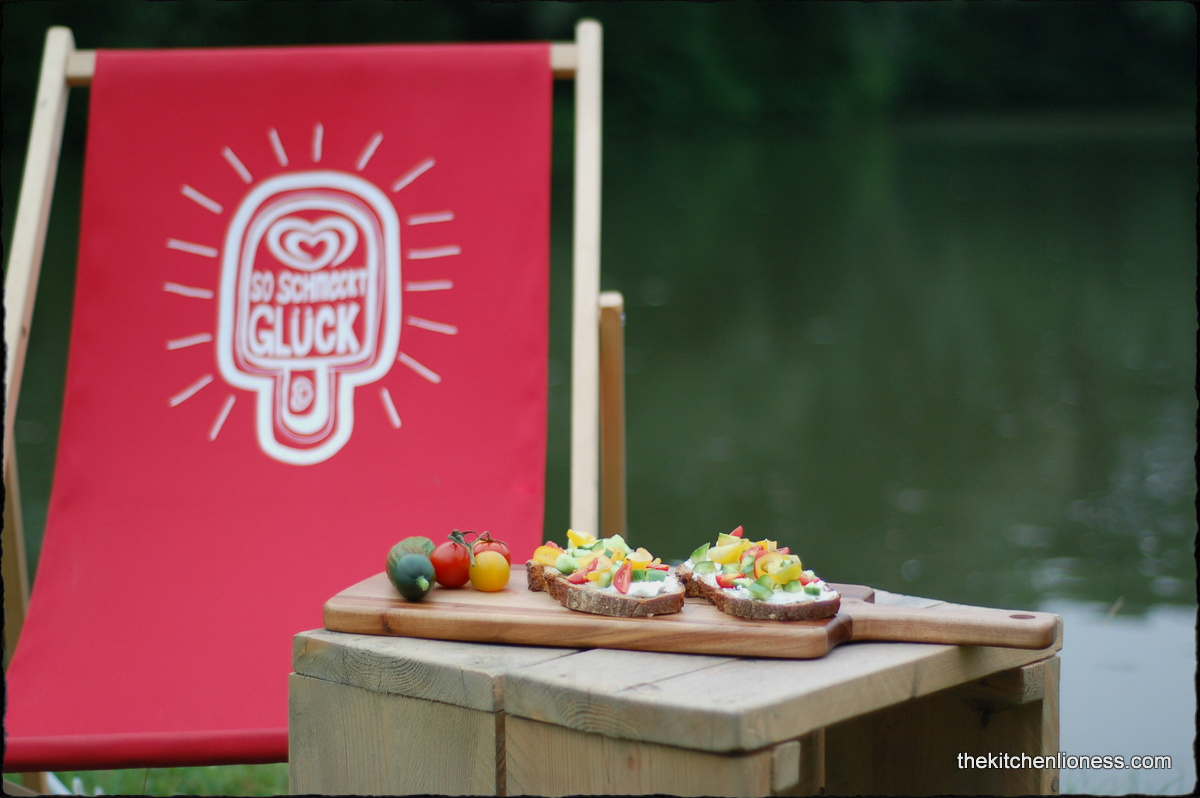 Well, who is “Dieter”, is it a close friend of Dorie´s or a famous French Bistro that I just never heard of – when I read “Dieter”, of course, I just assume it is a  name. What else. After all, some of  the most interesting compatriots of mine carry that very first name. There is the three-star chef extraordinaire Dieter Müller who will be cooking at the equally famous Four Seasons Hotel in Munich starting in 2014. There are the famous comedians Dieter Nuhr and Dieter Hildebrandt. There are many politicians with Dieter as their first name. And TV personalities Dieter Bohlen und Dieter Thomas Heck. And former Cologne soccer legend Dieter Müller. To name but a few. So, why should this title mean anything else but Dieter?! 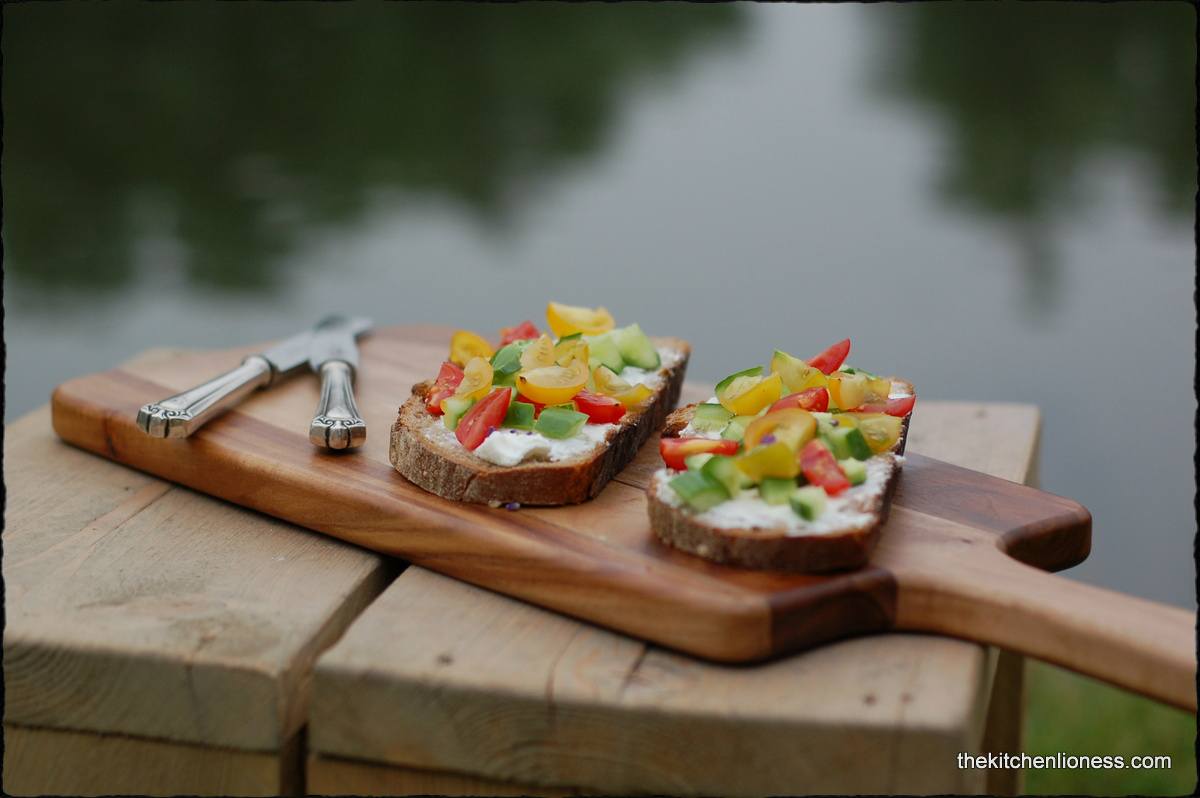 It turns out, it does mean something else, it has something to do with a “diet” or why French ladies stay slim. Ah, I always learn something new while blogging and this little mix-up was the cause for some roaring laughter at our house. 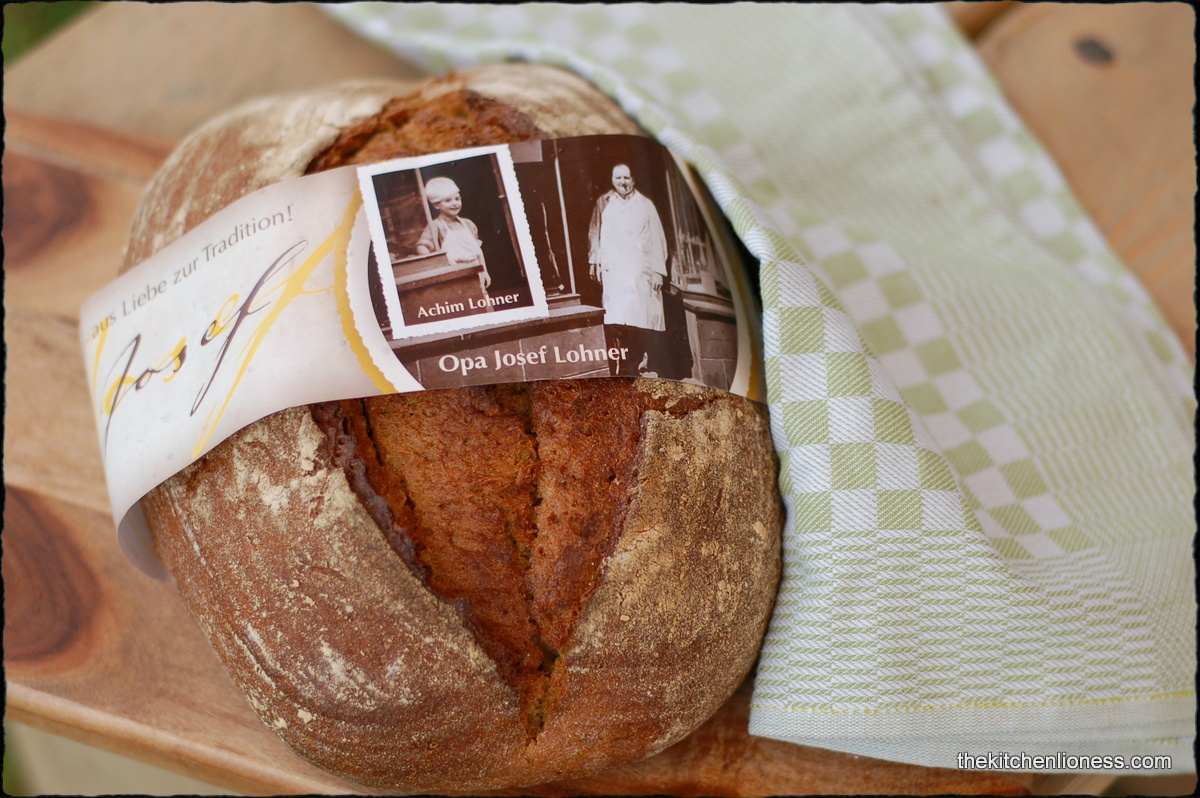 After the little misinterpretation of the title of  Dorie´recipe was out of the way, it was time to enjoy the famous “dieter´s tartine”. This is an open-faced sandwich with country bread (not too difficult to find in this country of relentless bread devotees). I chose a wonderful rustic loaf called "Opa Josef" or "Grandpa Josef" - there goes that name thing again. This bread is from my favorite bakery around here.

The recipe also calls for nonfat cottage cheese and sour cream (in my case that was goat cheese from my very favorite regional goat cheese manufacturer – not low fat - there goes “dieter” as well as “Dieter”). Plus some cubed mini cukes and yellow and red cherry tomatoes and a bit of fresh lavender. 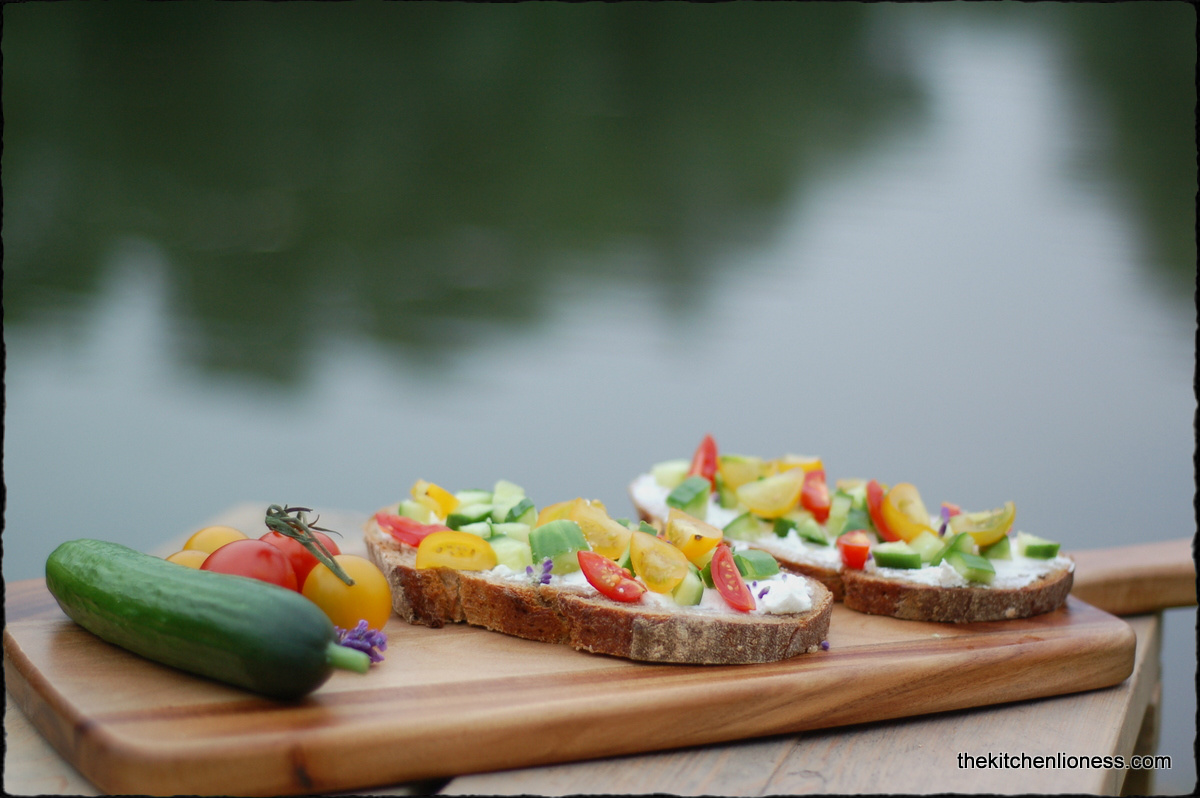 The kids enjoyed this non-recipe sandwich but that did not come as any surprise because we eat a lot of very similar sandwiches in this country. 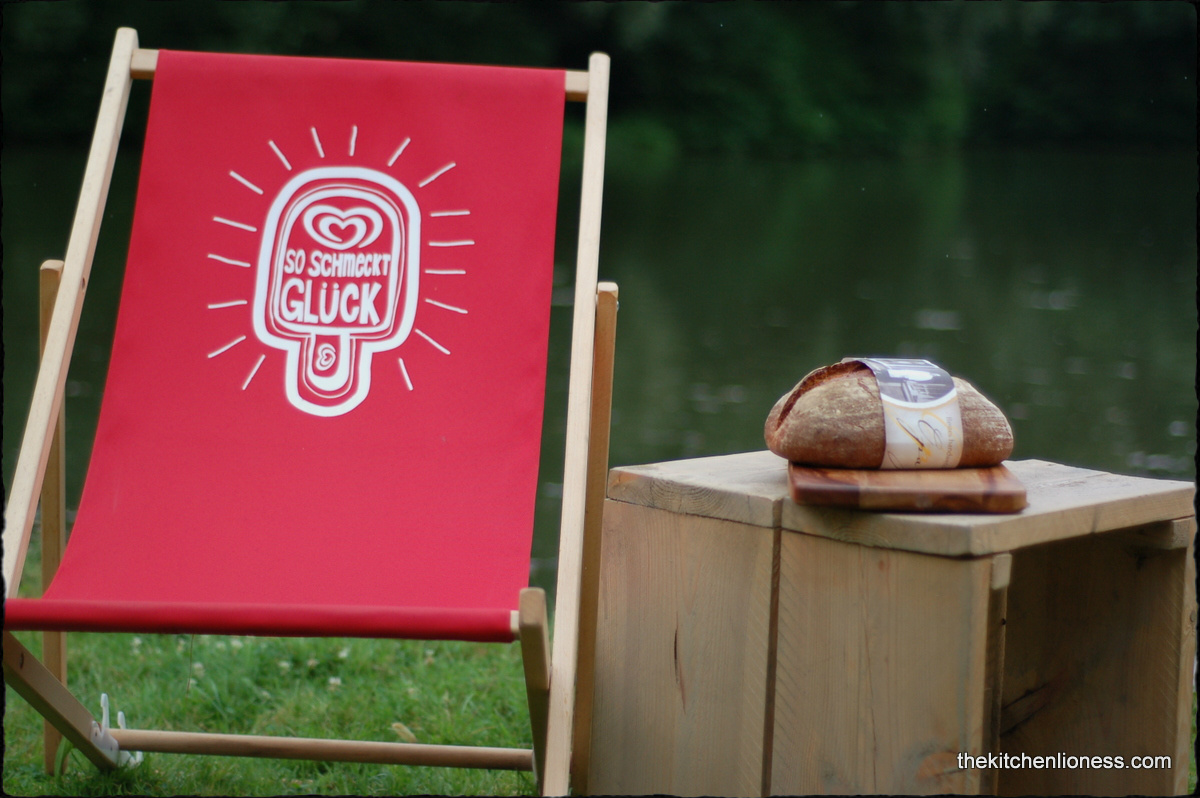 I opted for the lavender instead of the optional Herbes de Provence as called for in the recipe - while I love cooking with them, I do not really like those herbs on my sandwiches. Traditionally lavender is not part of the Herbes de Provence mix which consists of  savory, fennel, basil and thyme. I skipped the salt because the fabulous goat cheese that I used is already perfectly salted and I also skipped the freshly ground pepper because I accidently left the pepper mill at home. 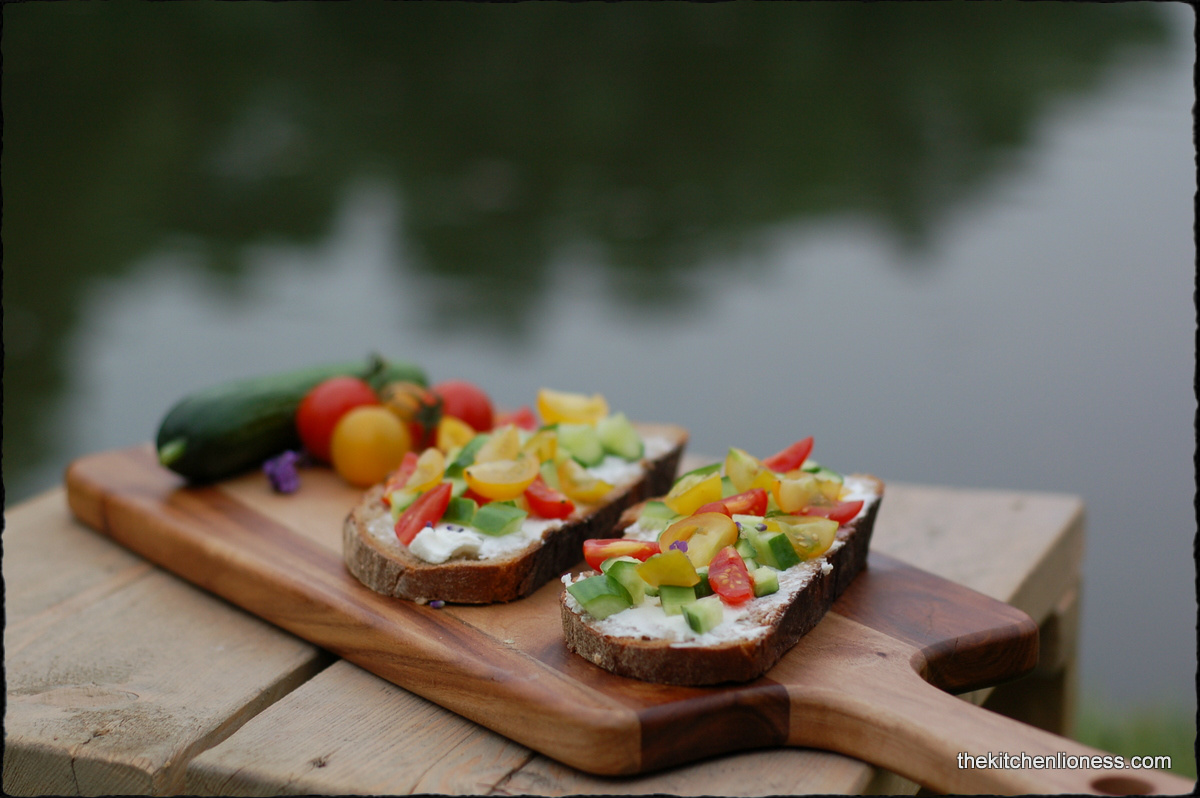 All in all, a fun French Friday, a minimalistic recipe, a very hot day at the lake in the area (where the Federal Horticultural Show took place many years ago), happy taste testers and a "Big Thank You! - Ganz lieben Dank! to the lovely folks at the “Kunst!Rasen Bonn Gronau”  who patiently endured the photo session while they were readying the outdoor restaurant for business that day!

To see what my fellow Doristas thought about “Dieter” or “dieter”, do click here.

“This is how Happiness tastes like! ” – “So schmeckt Glück!”