Today´s recipe for the Tuesdays with Dorie group is a very pretty Danish Braid. The recipe for this traditional breakfast treat was contributed baker Beatrice Ojakangas. 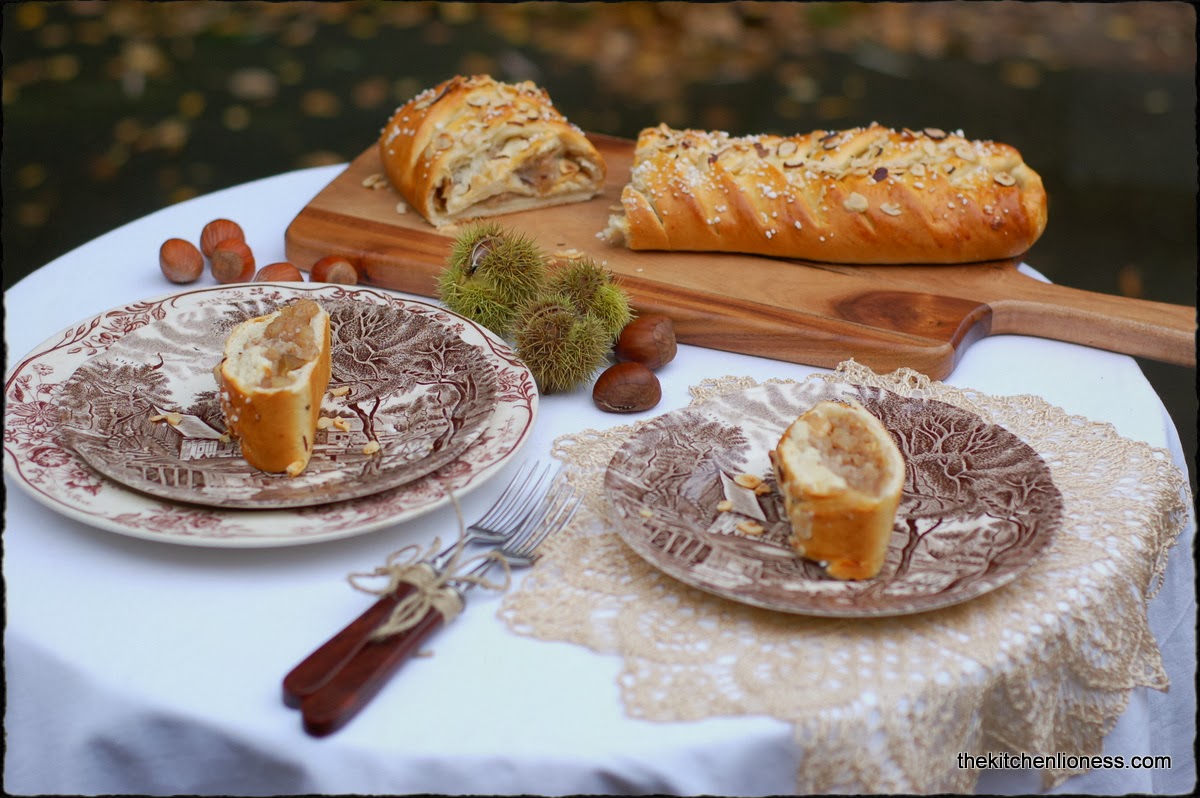 Like other viennoiserie pastries, such as croissants, Danish pastries are made of  laminated yeast-leavened doughs, creating a layered texture similar to a puff pastry. Usually, the traditional method of making these pastries is somewhat laborious and quite time-intensive. Today faster recipes such as Beatrice Ojakangas` version of Danish pastry dough are fairly common. Many of the "newer" recipes combine the butter into the détrempe rather than adding it in the folding process and following that common method, the laminated dough in today´s recipe was made in the food processor and then folded. 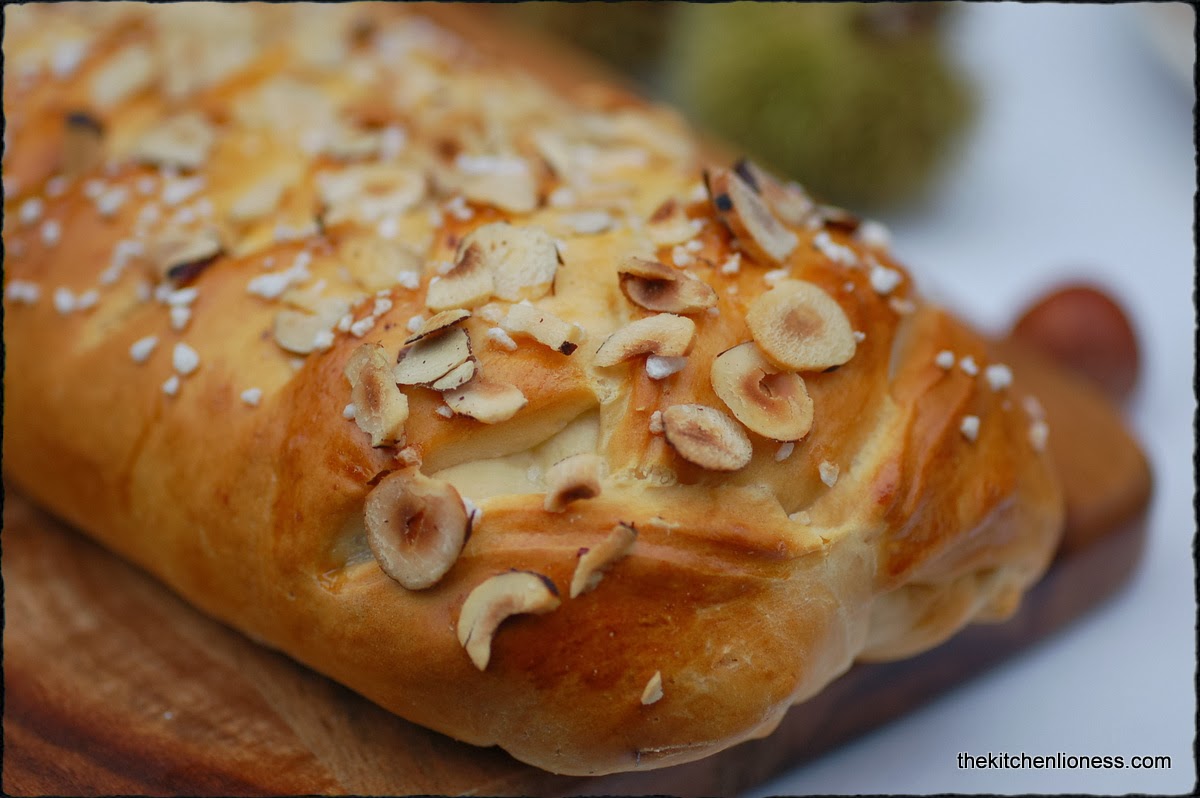 After an overnight rest in the refrigerator, the well chilled dough was ready to be shaped and filled. Danish pastry dough is very versatile and keeps well in the fridge for at least 24 hours and up to 4 days. 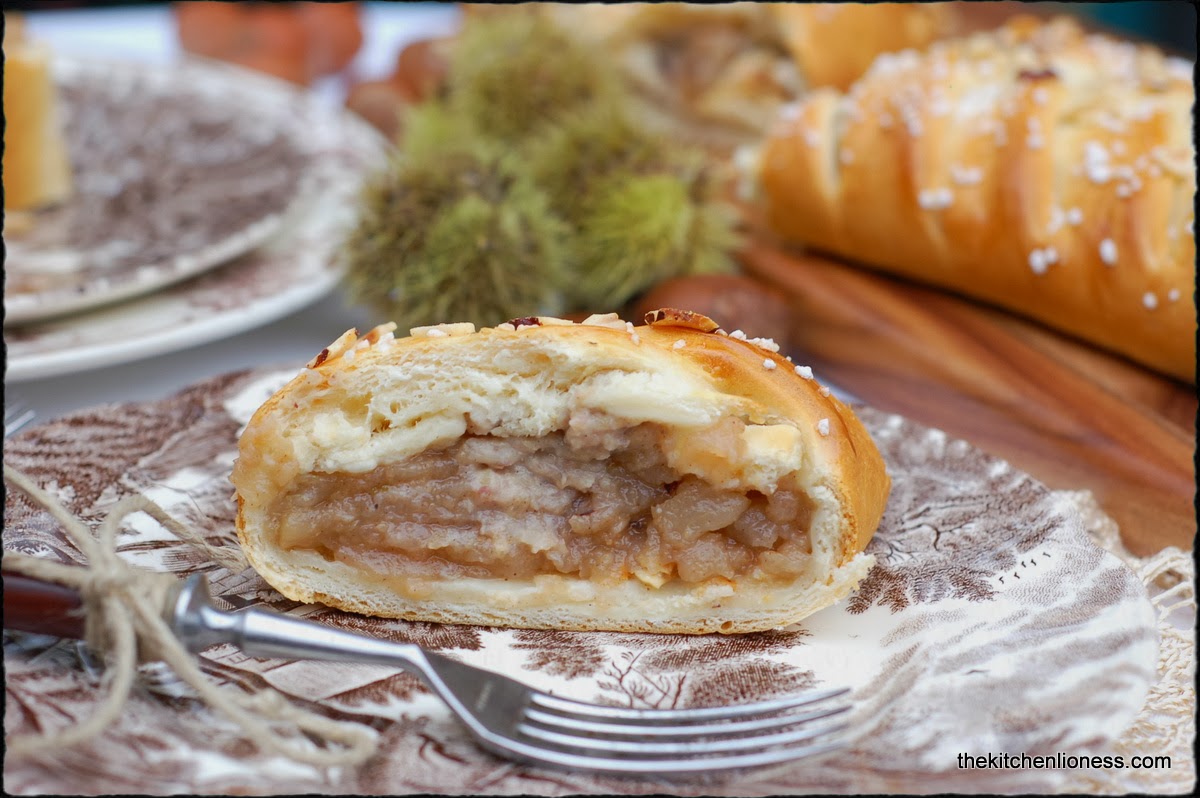 For the filling the recipe lists different choices such as fruit or berry jam filling and confectioner´s cream or almond filling. I opted to make two fillings using seasonal ingredients. 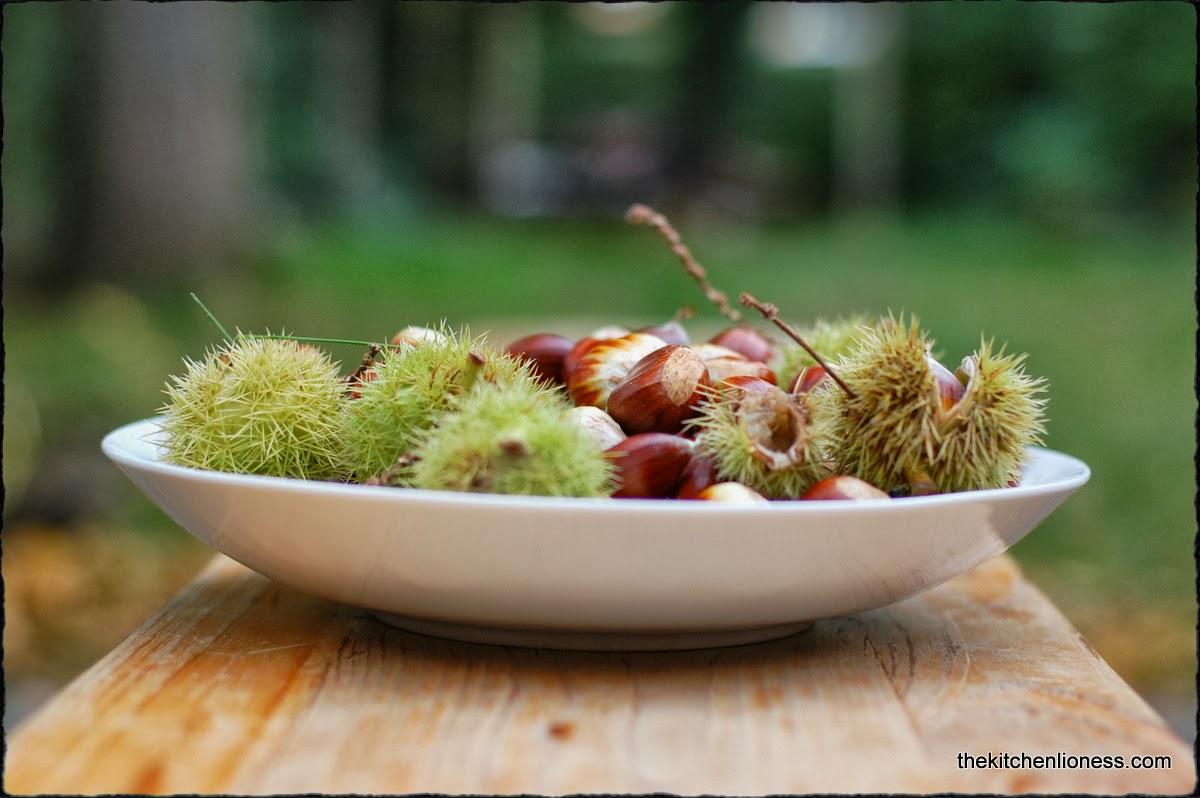 First I made a spiced pear compote with some fresh pears, ginger, cinnamon, half a vanilla bean and a bit of sugar. While the pear compote was cooling, I made a chestnut purée with the chestnuts from the tree in our garden. For the purée, I used whole milk, a pinch of sea salt and about 100 grams of fresh chestnuts – after about 20 minutes, I forced the cooked chestnuts through a food mill and let the purée cool as well. 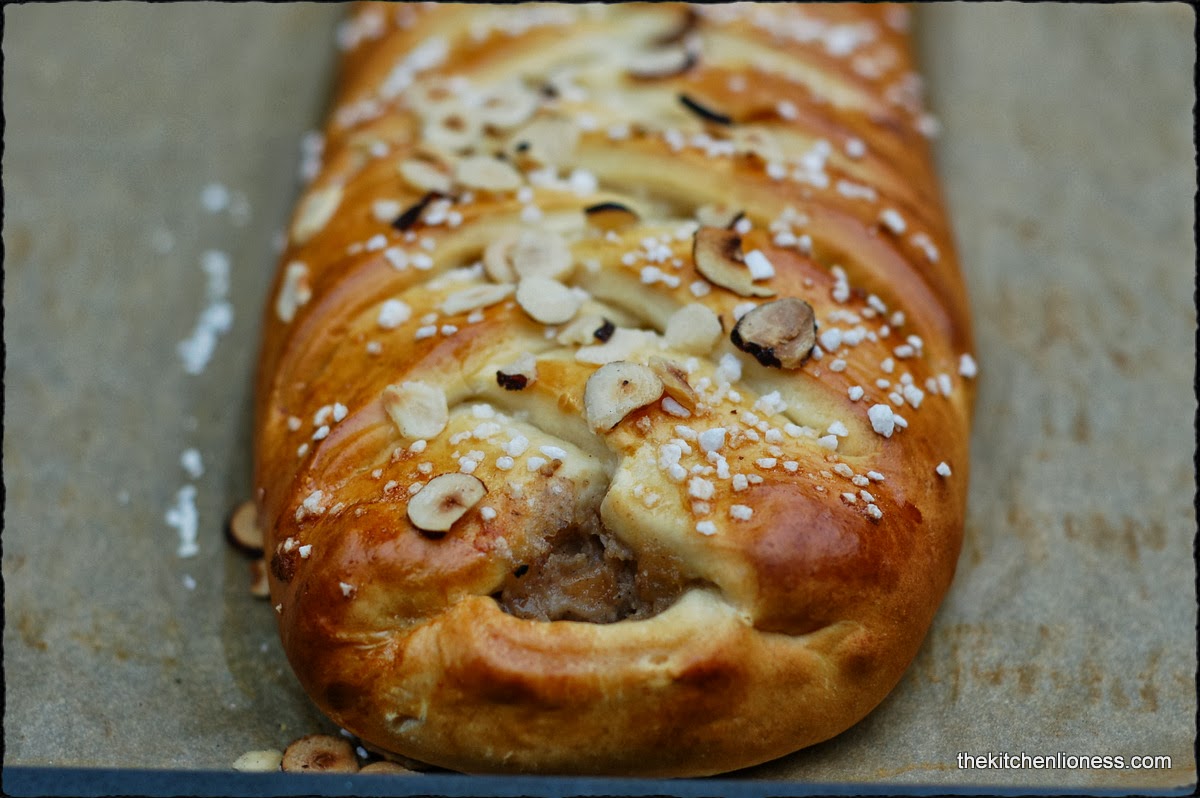 After the fillings had cooled and the dough was rolled out, I spread the pear compote down the middle third of the dough, then I made a small well in the compote and spread the chestnut purée down the well. Then I cut the dough strips in slanting lines down each side of the filling and folded the strips of pastry into the center, criss-crossing the filling. 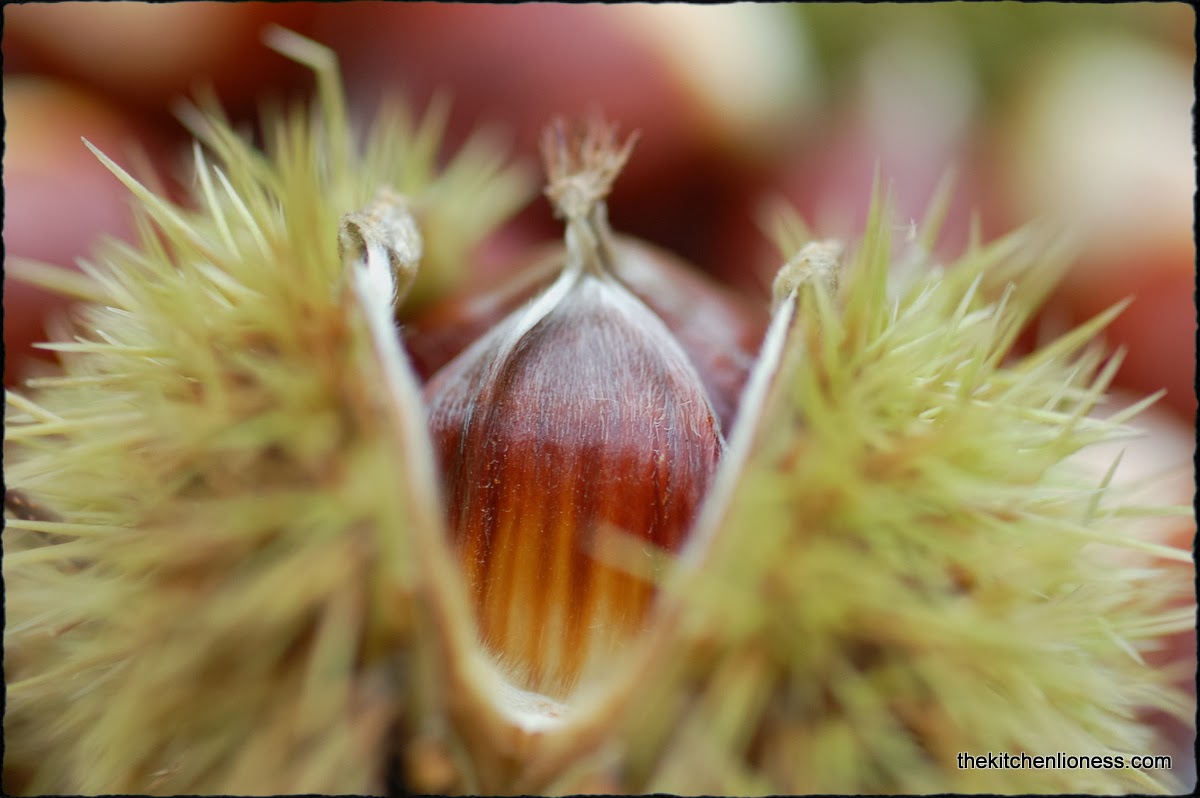 For a final touch, I brushed the Danish braid with a beaten egg white and sprinkled some pearl sugar and slithered hazelnuts over top and baked the Braid for a good 20 minutes. 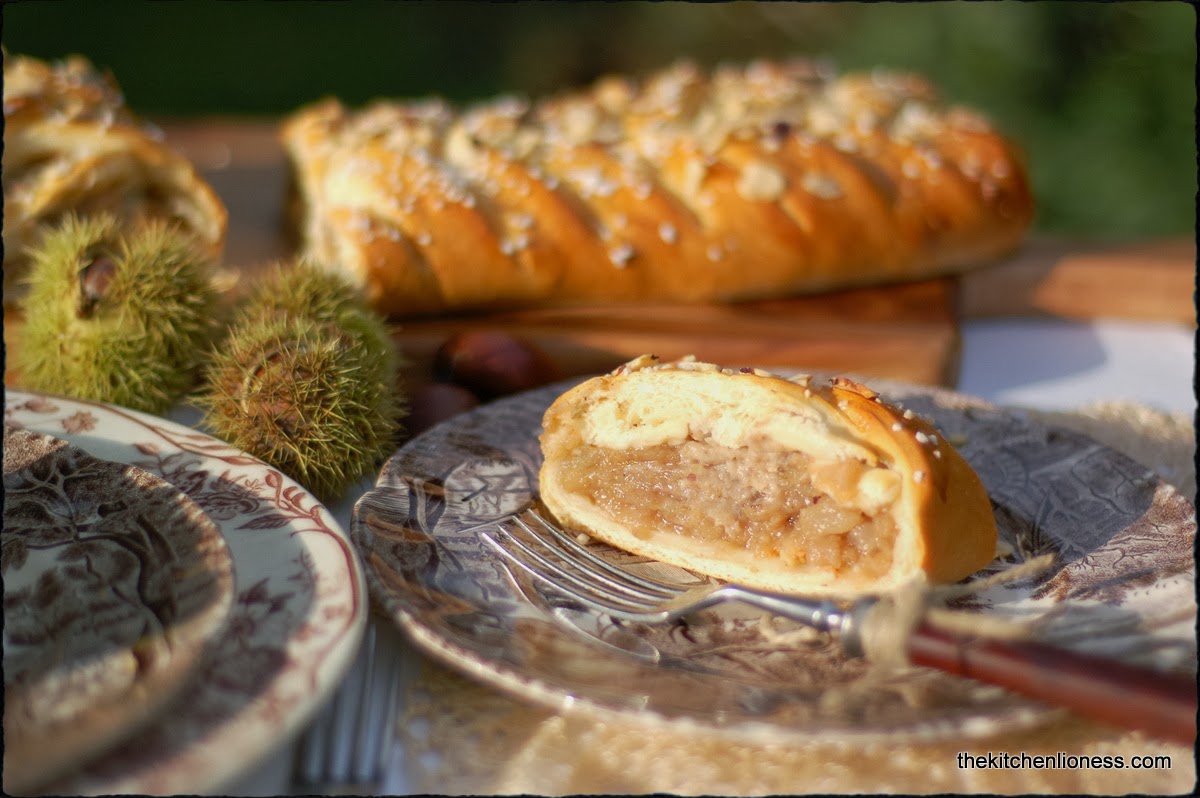 Using Beatrice Ojakangas basic Danish Pastry dough, you can bake pretty impressive and delicious Danish pastries at home, so long as you apply just a little patience and care when making the dough. It is a time-consuming pastry to make but the outcome is quite delicious and if you decide to make one of the lovely Danish Braids, you will certainly not regret it. Personally, I believe that adding seasonal fillings to your homemade pastry will take your Danish pastry from ordinary to excellent.

Even one of our many bunnies (this one is called Leo) dropped by and took a curious look at what I was serving for teatime today…This Danish Braid is excelllent when enjoyed while still warm and fresh from the oven. The warm spices in the pear compote harmonized quite nicely with the creaminess of the chestnut purée. The pearl sugar and the slithered hazelnuts were a nice final touch, looked pretty and tasted just right as a topping for this Braid. 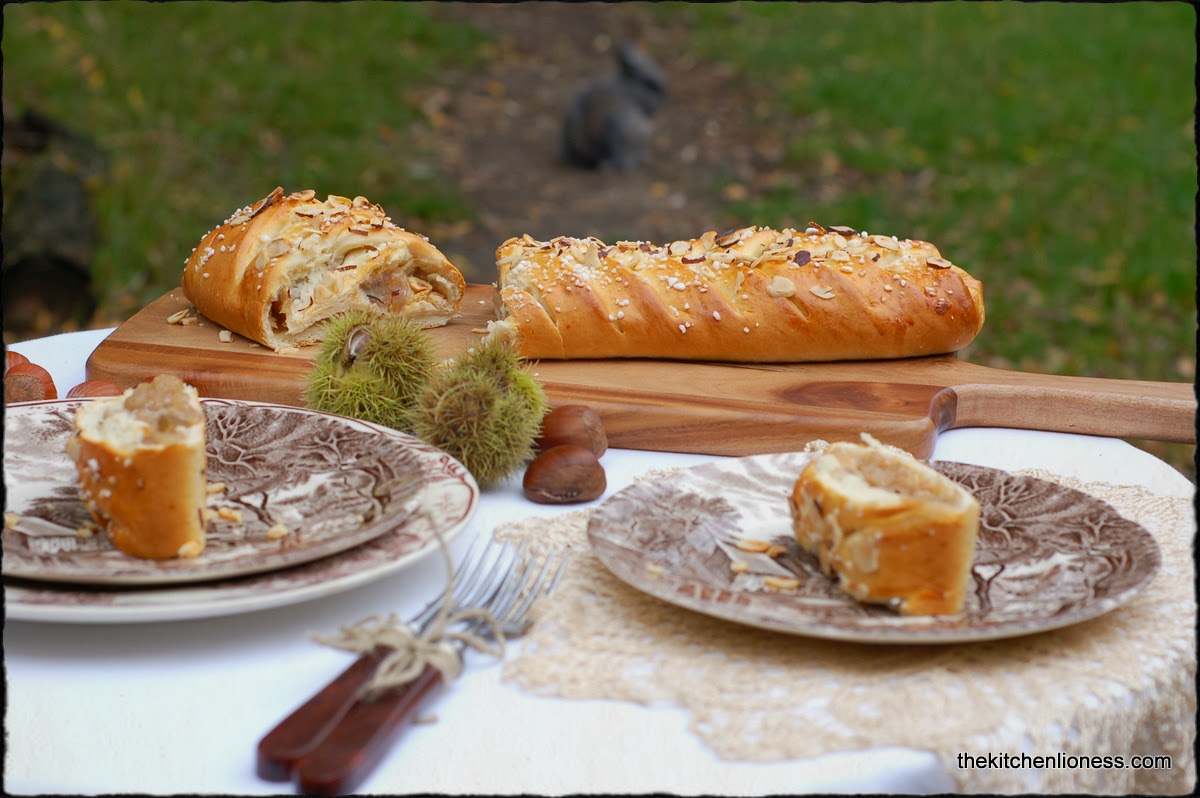 To see an array of more Danish Braids, baked by the other members of the Tuesdays with Dorie group, please click here.