Today´s recipe for the French Fridays with Dorie group is Sugar-crusted French Toast, also called “pain perdu” (which means "lost bread") in France or "pain doré" (which means "golden bread") in Québec - I am just mentioning that because the first time I ate French Toast at a restaurant was in lovely Québec. 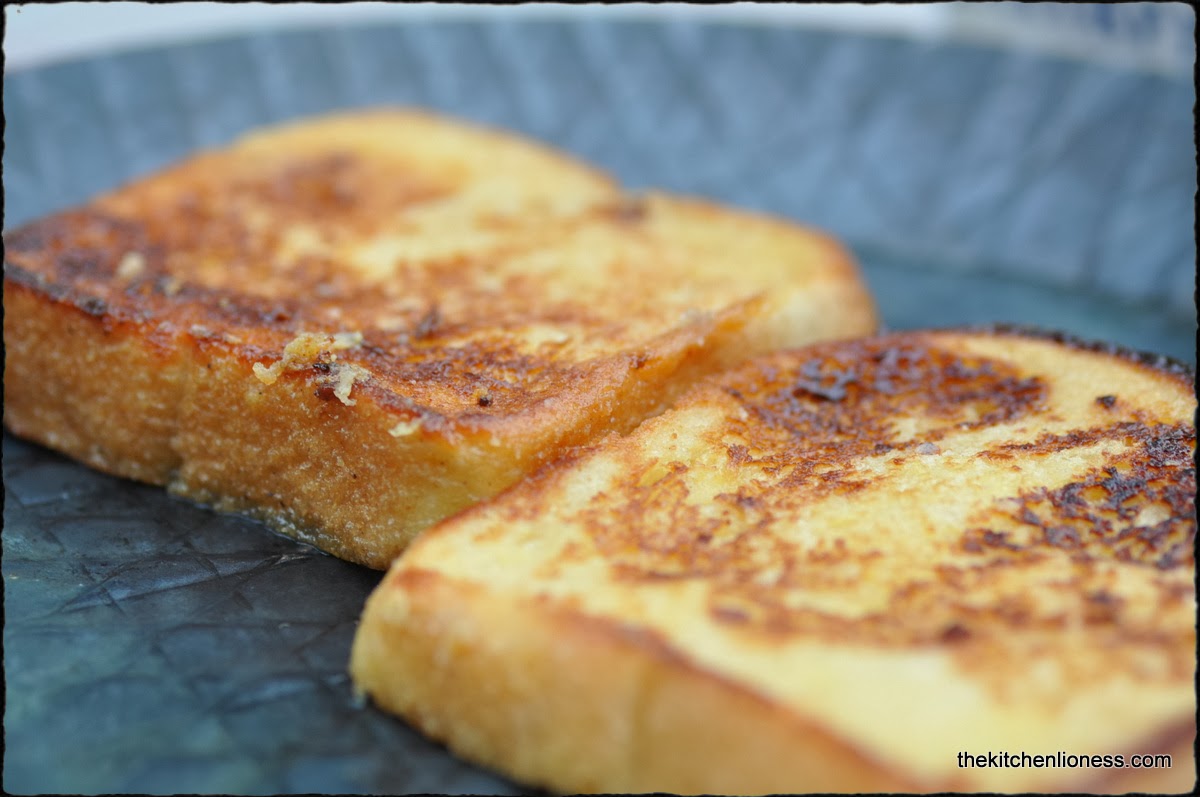 There is a 14th-century German recipe for French Toast under the name of "Arme Ritter" which literally translated means “poor knights”. It was a dish prepared with ingredients that were readily available at the time and when thrown together, they made a satisfying meal for the knights returning to their castle after battle. 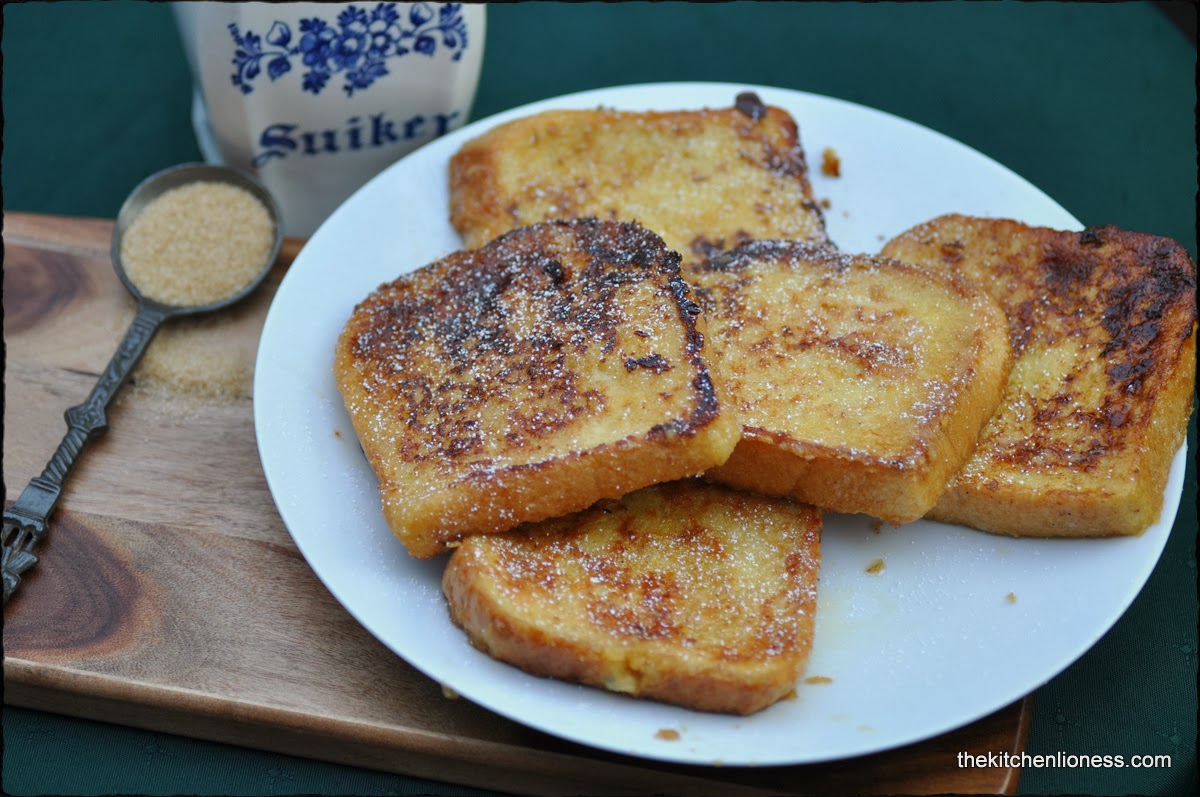 For this rich and sweet treat of a dessert you can use just about any type of plain bread that you like. Of course homemade brioche would be the first choice but it can also be made with any other type of fresh bakery loaf. I always use a white loaf from a nearby bakery, it is called “tea bread” (Teebrot), a slightly sweet bread that can easily be sliced, making it the perfect choice for French Toast.

Once you have sliced your bread, all that is left to do is to prepare a simple custard as is usual for most French Toasts - a combination of milk, cream, sugar, eggs, salt and pure vanilla extract (I used my homemade vanilla sugar) all mixed together. Add the bread slices to the custard mix, leave for three minutes, on each side, melt butter and sugar in the pan, cook until nicely browned and with a sugar crust, add more sugar to the other side of the toast, turn, and cook some more until sugary and crusty and golden. Enjoy while still warm. 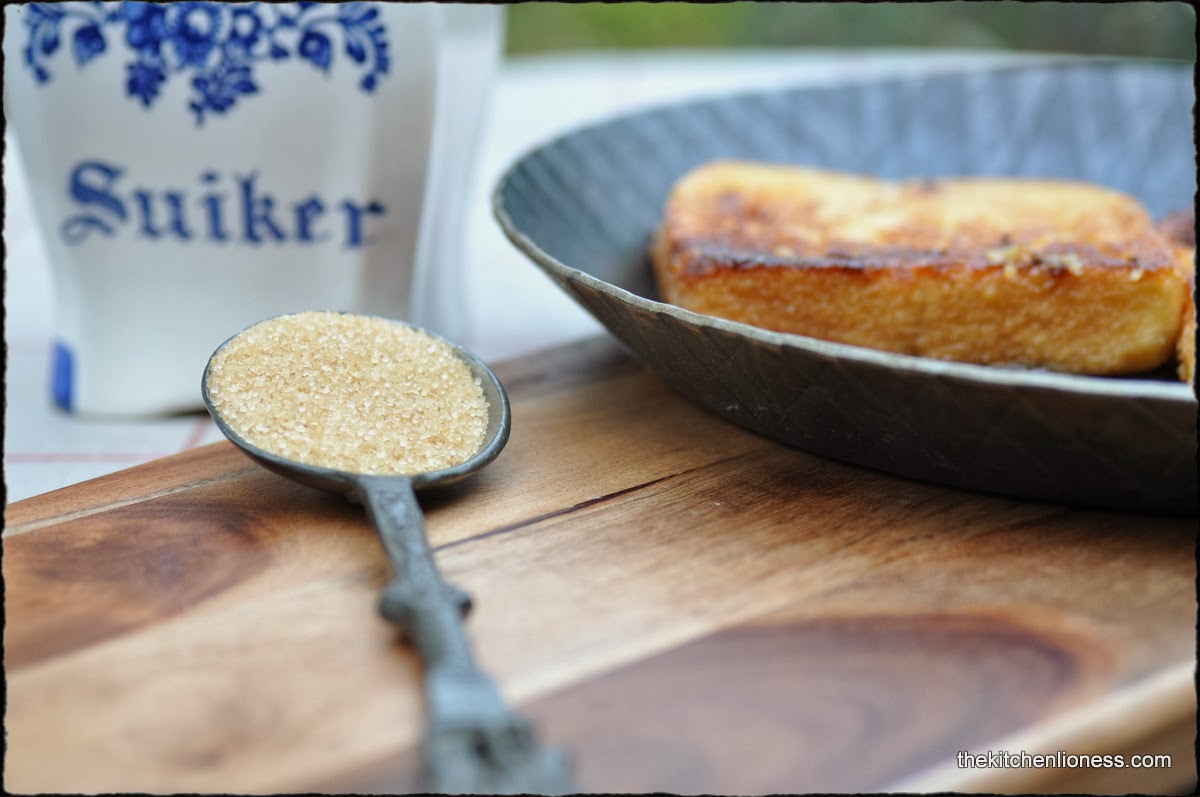 This recipe is meant as a dessert and although I know that French Toast is enjoyed as a breakfast in North America, in Germany it is also rather dessert than breakfast fare. My darling taste testers and all those knights in my life thought that this was a rather rich and sweet dessert – no need to add maple syrup or anything else but a light dusting of powdered sugar.

If you happen to own Dorie Greenspan´s book “Around my French Table”, you will find the recipe for the “Sugar-coated French Toast” on page 418.