Today´s recipe for the French Fridays with Dorie group is „Jerusalem Artichoke Soup with Parsley Coulis“, an elegant soup with velvety texture and creamy flavor, just perfect for late autumn. 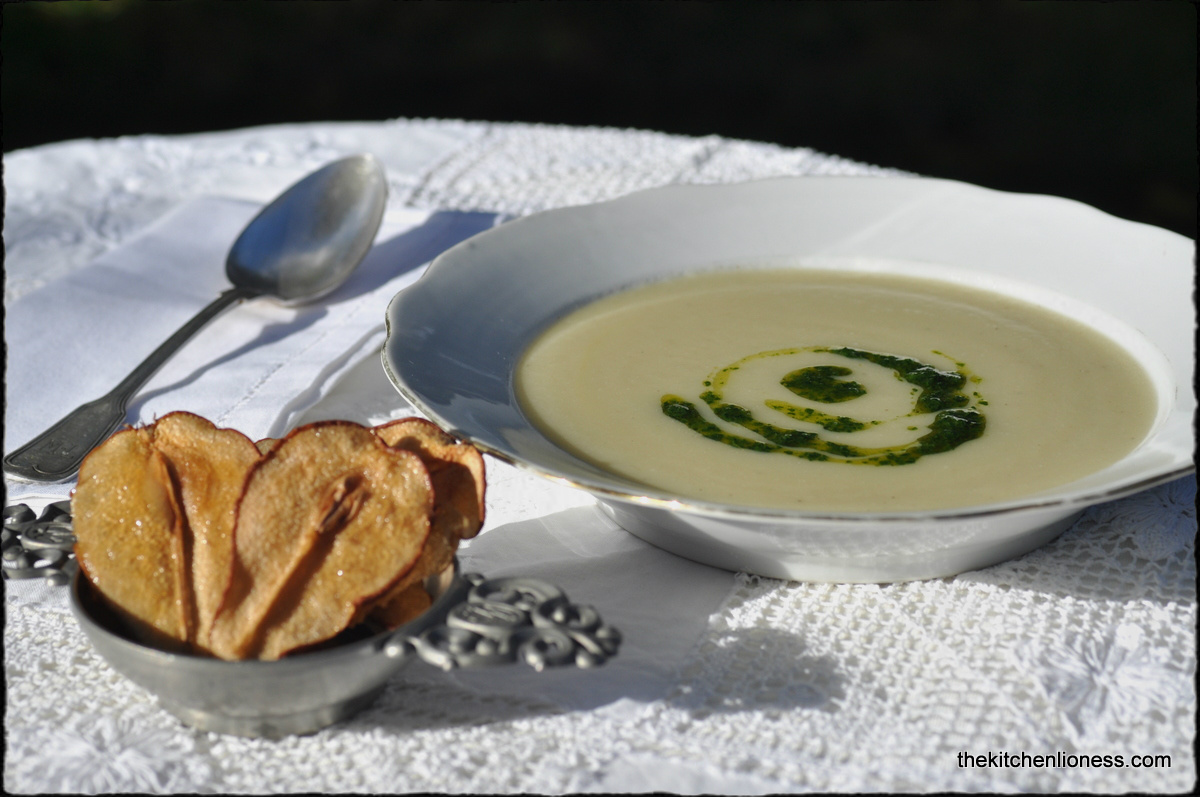 Serve the soup while good and hot and garnish with toppings of choice such as Dorie`s Parsley Coulis, simply made of fresh parsley leaves, extra-virgin olive oil, a good grinding of black pepper and some sea salt. Instead of putting a spoonful of cream in the center of each soup plate, a added a bit of cream to the soup before serving. 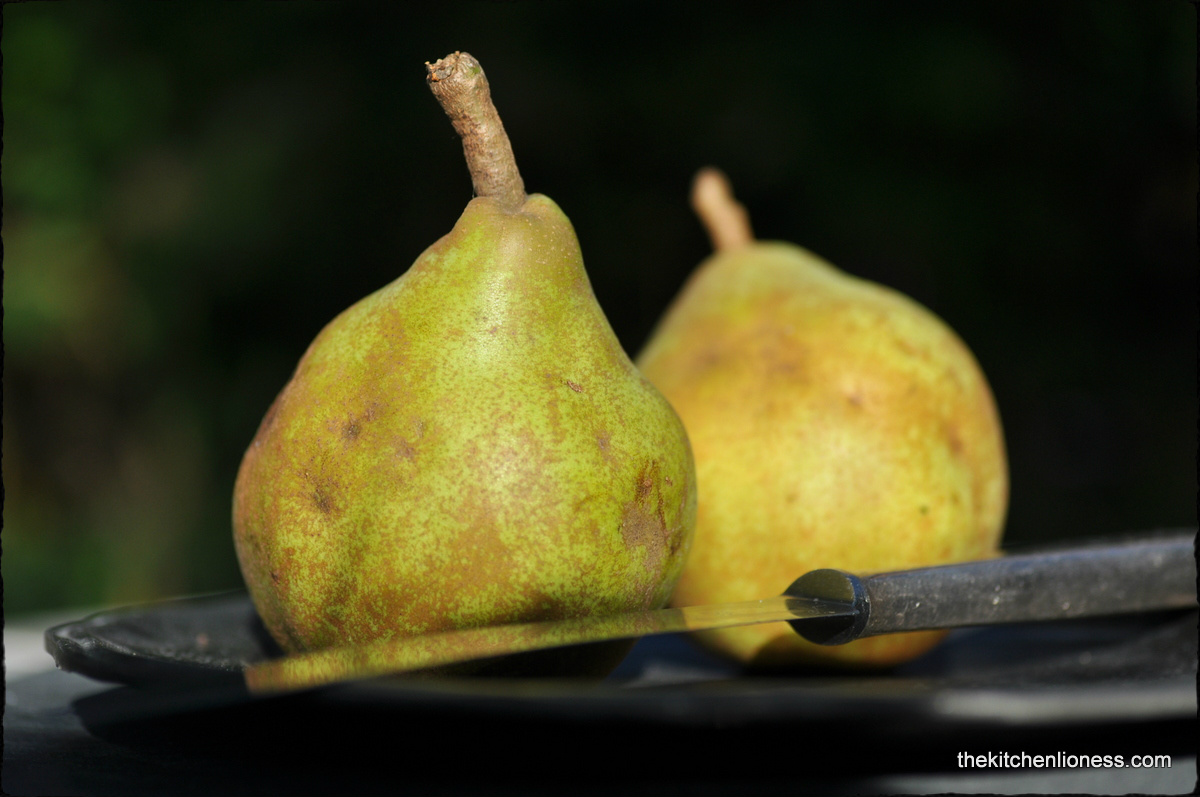 To add a bit of a seasonal touch and to add another flavor component to this recipe, I chose to prepare some oven-baked Pear Crisps with Maple Syrup that I served alongside the soup. 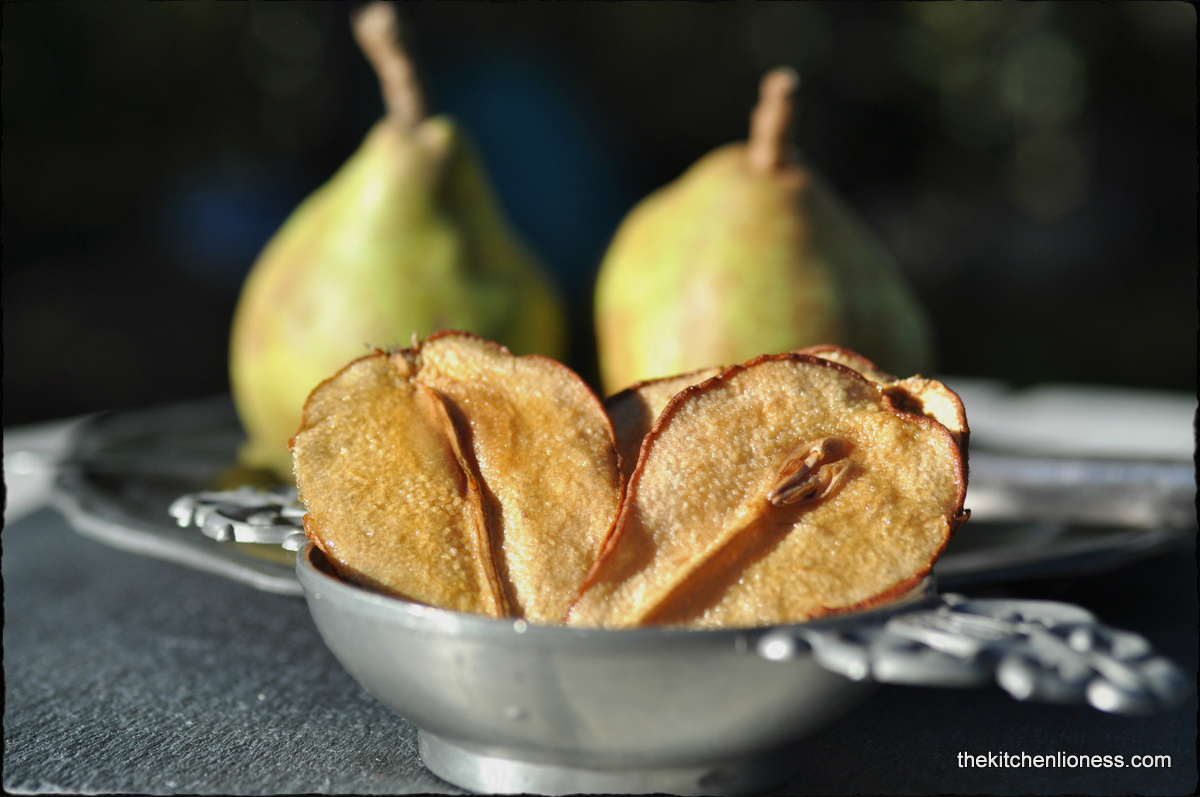 I loved that I got to use those fragrant local pears from a farm nearby with that incredibly charming name „Vereins-Dechantsbirne“ (also called „Doyenné du Comice“ in French, this autum pear variety hails originally from France where it was first discovered in 1850). Nothing like using local and seasonal fruits and veg for our dishes. 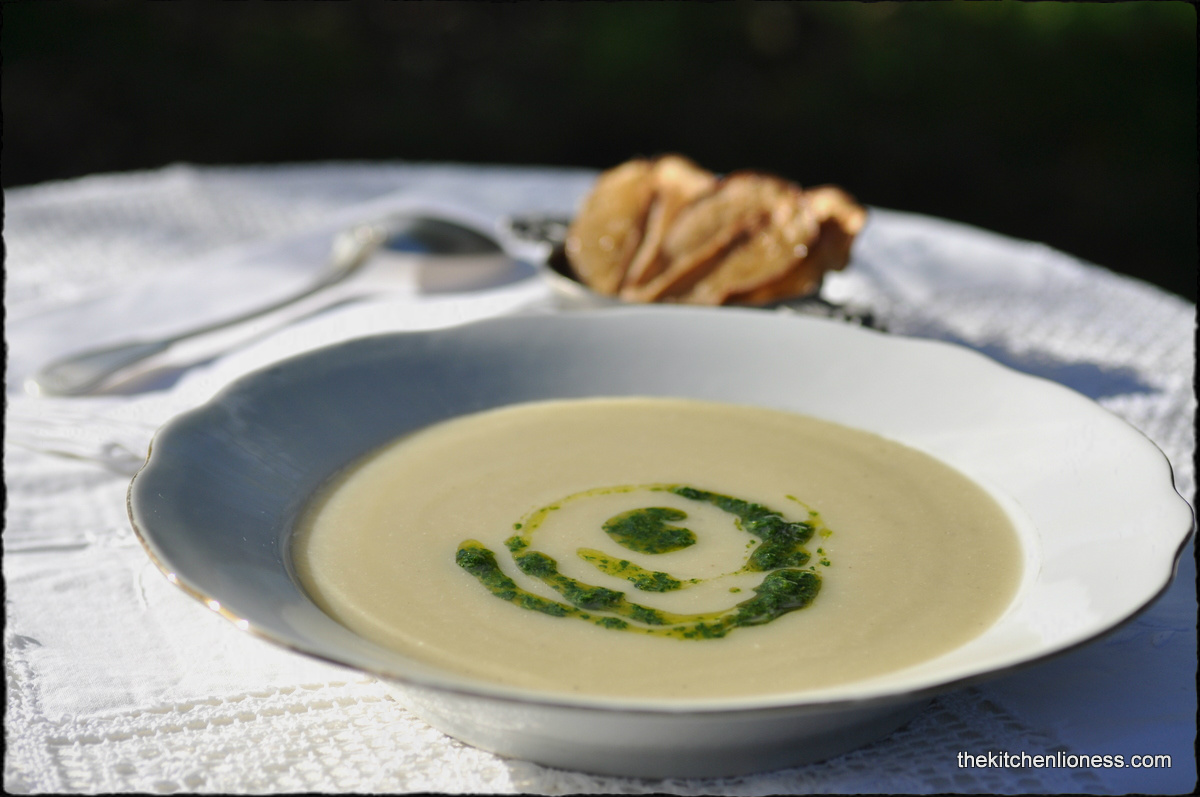 Dorie´s no-fuss soup recipe is surprisingly elegant and was received very favorably by my devoted taste testers. Because the vegetables are very slowly cooked, this soup has lots of lovely flavors.

We really enjoyed the rich and earthy creaminess of the Jerusalem Artichoke Soup together with the fresh and bright taste of the Parsley Coulis. This velvety soup definitely makes a nourishing autumn meal, especially when topped with coulis. Besides, the coulis adds a nice visual element to the soup plate. And the wonderfully crisp and sweet Pear Chips are a delicious treat alongside this soup. 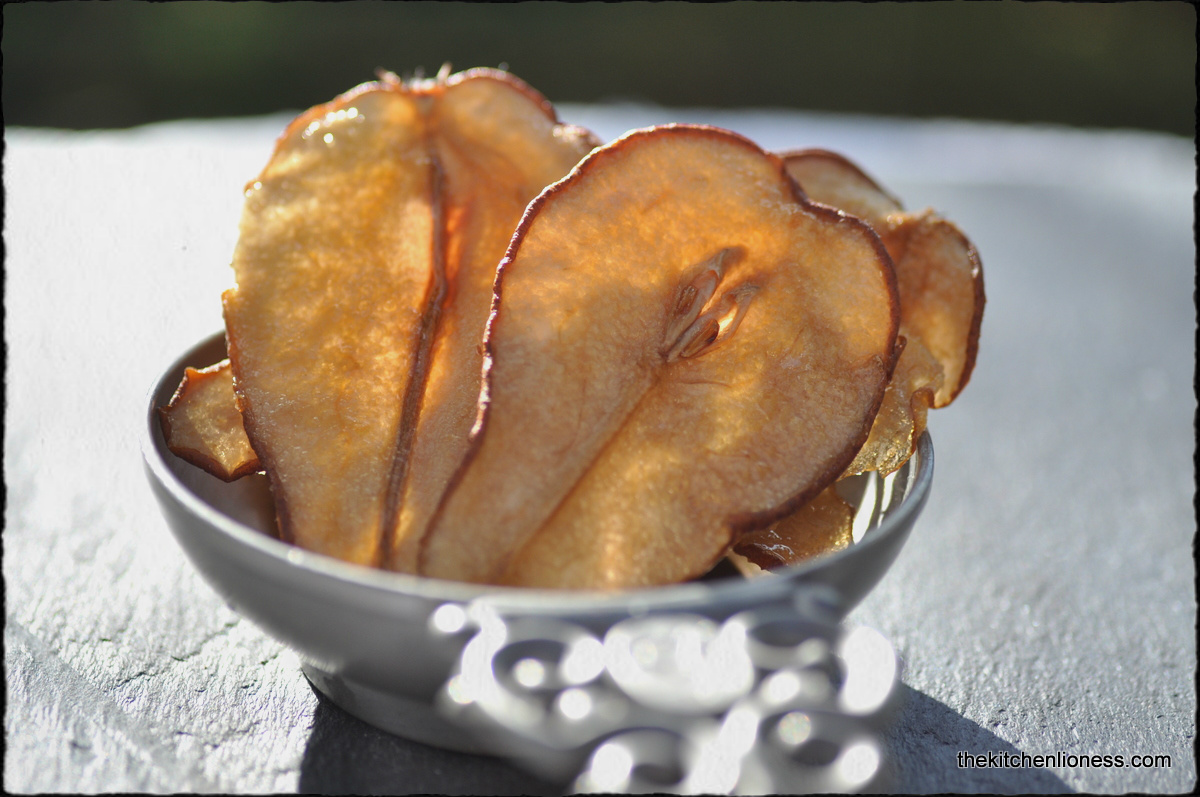 For copyright reasons, we do not publish the recipes from the book. But you can find the recipe for the “Jerusalem Artichoke Soup with Parsley Coulis“ on pages 76-77 in Dorie Greenspan´s cookbook "Around my French Table".