The Canton of Graubünden or Grisons is the largest and easternmost canton of Switzerland. The canton shares international borders with Italy, Austria and Liechtenstein. The name "Graubünden" translates as the "Grey Leagues“. Graubünden is also home to three of Switzerland's ethnic groups and the languages of Swiss German, Italian and Romansh are all native to the state. It is also the only canton where the Romansh language is still spoken. And only deli meats prepared in the Canton des Grisons, have the right to be called Viande des Grisons. 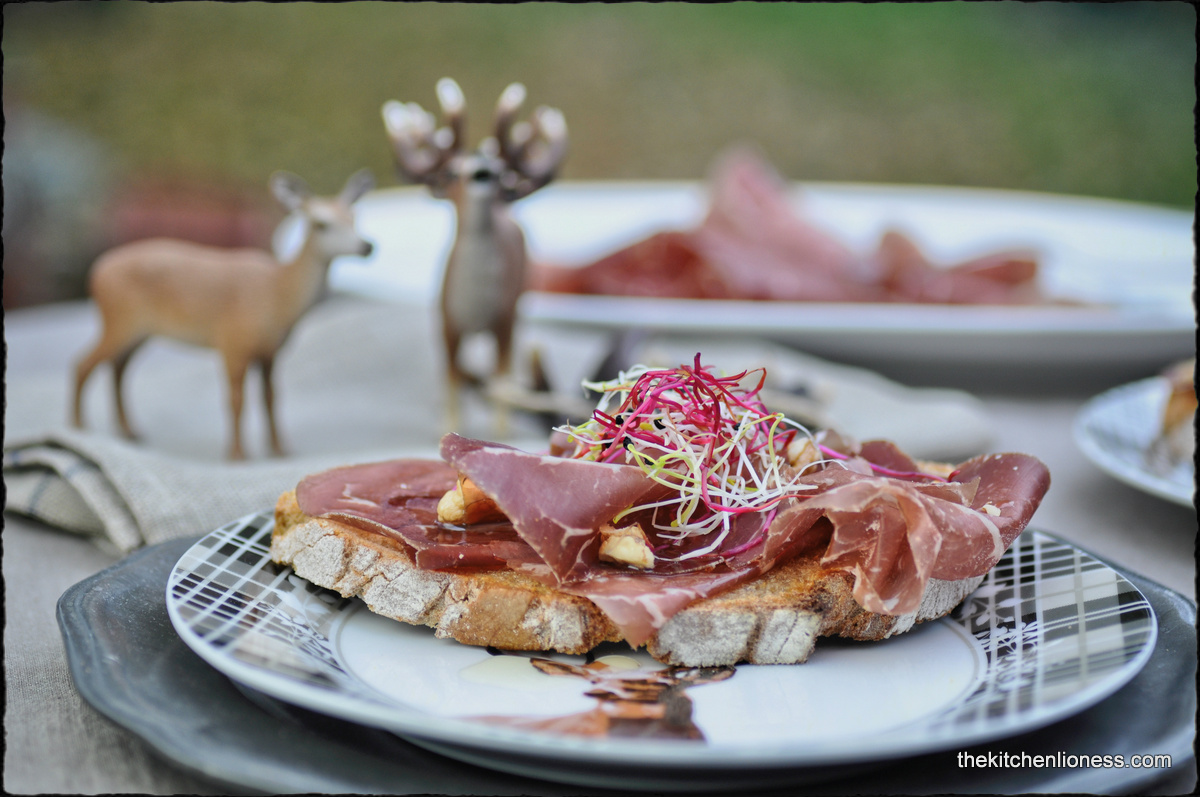 Viande des Grisons is a charcuterie made of the leanest cuts of beef hind-leg. The fat is removed and the pieces of meat are seasoned and stored for three to five weeks in near-freezing temperature. During this first step of the aging process, the meat is systematically compressed to increase its storage life and give it its unique triangular shape. The meat is then cured in the Canton des Grisons mountain air for 17 weeks at temperatures no higher than 18° degrees Celsius until it becomes hard and turns a dark red, almost purple color.

Considering the process of making the Viande des Grisons, it is no surprise that it is considered to be a special treat. 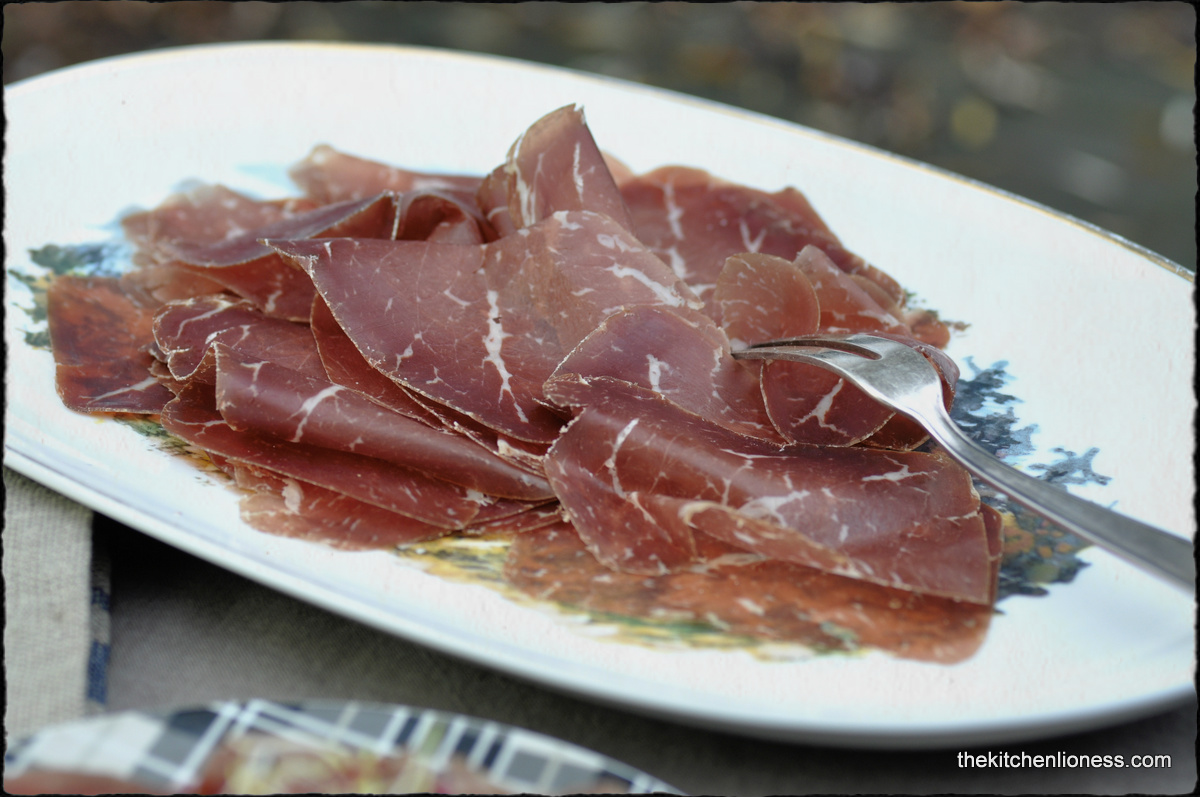 For Dorie´s Tartine des Grisons you simply toast a slice of country bread and generously coat it with good-quality butter. Then you add a few thin slices of the Grisons meat. Top with a few freshly cracked walnuts and drizzle with some walnut oil. To change things up a it, I added three kinds of fresh sprouts to the sandwich.

This is certainly one memorable tartine (open-faced sandwich). 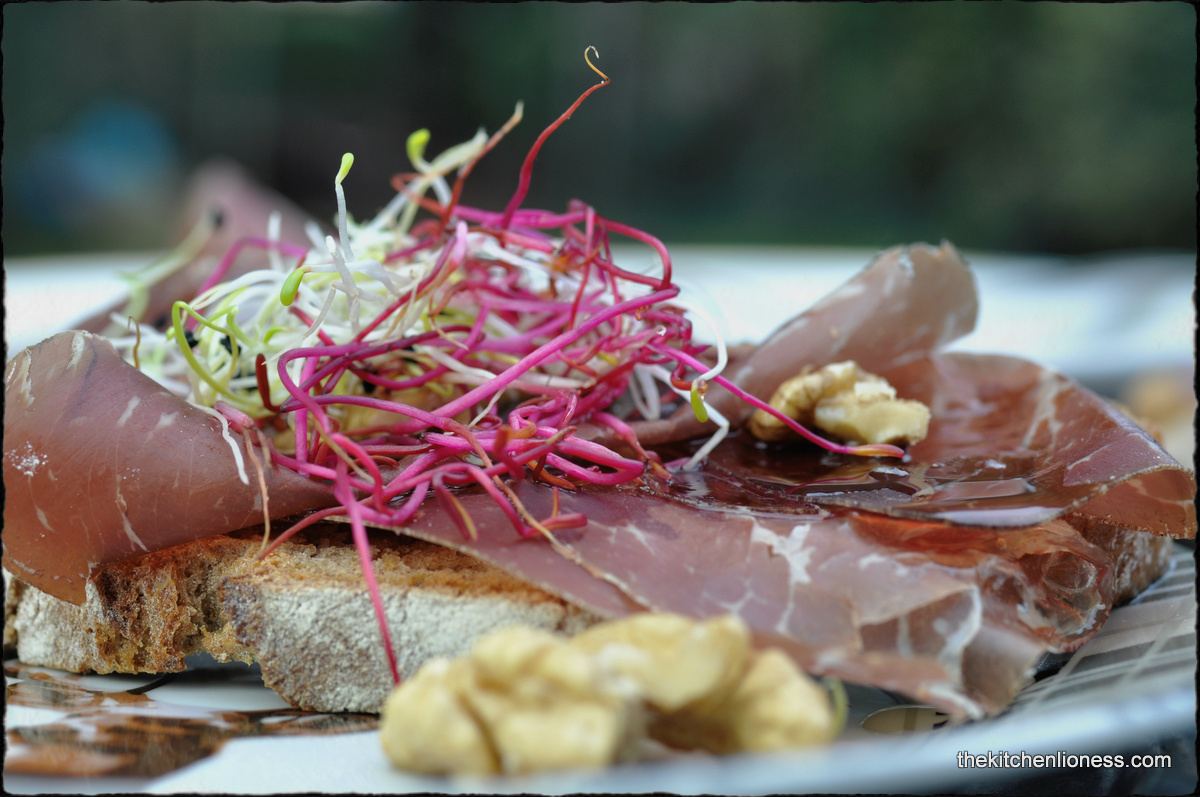 If you enjoy the Viande des Grisons, you can try a few other great classics to prepare with it. The Viande de Grisons is an essential element in all Swiss fondues and raclettes. You can also serve in in salads or as a tartar. Like prosciutto ham, des Grisons meat pairs well with sliced melon as an appetizer. Furthermore, the meat can simply be served with cottage cheese or fresh fruits like apples, pears or strawberries. The Swiss also enjoy the meat diced and added to barley soup. Or, if you really want to enjoy the unique taste of this meat, serve it as a Carpaccio of Viande des Grisons – simple arrange the thinlysliced meat on a large plate, drizzle with olive oil and fresh shavings of Parmigiano Reggiano. 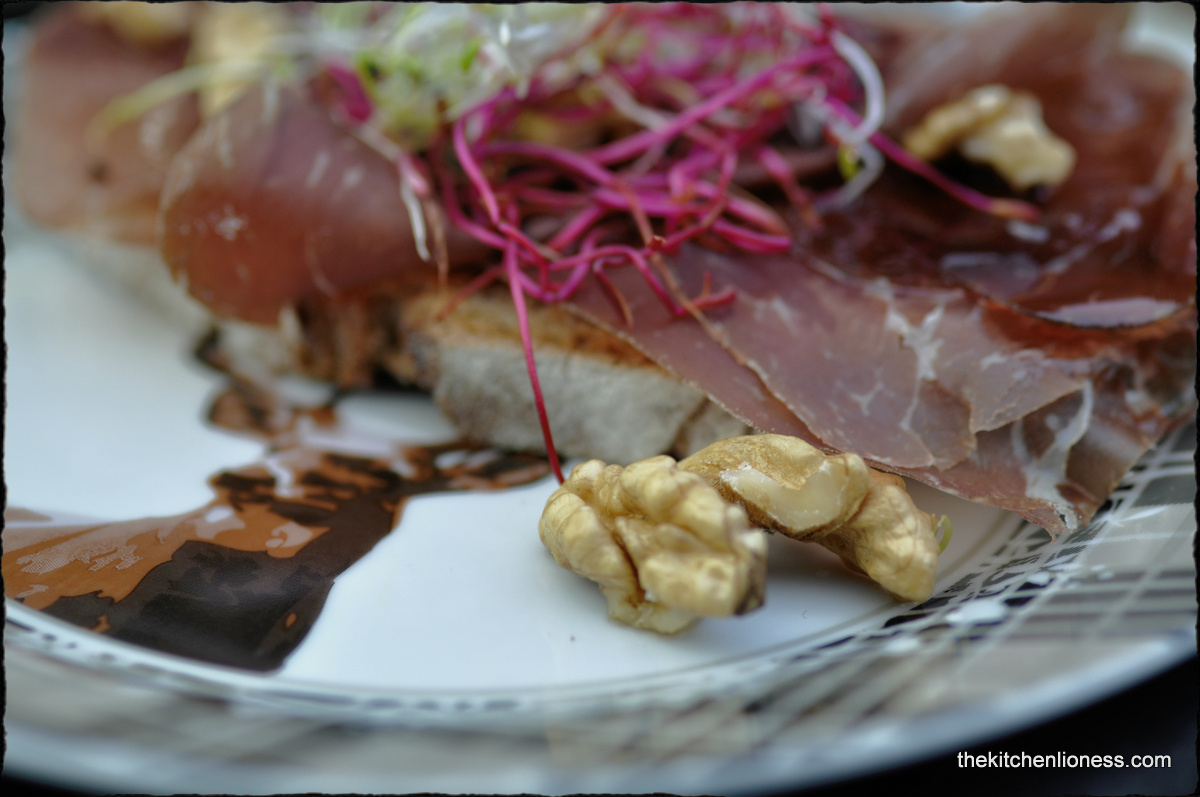 The Italian „Bresaola" (which originates in Valtellina, a valley in the Alps of northern Italy's Lombardy region) is considered a close relative to the Suisse „Viande des Grisons“, both are beef fillets aged in dry conditions for at least one month. They are both enjoyed sliced paper thin and served at room temperature or slightly chilled. The Viande des Grisons has a slightly drier texture than the Bresaola.

Viande des Grisons is hard to beat – no matter which way you serve it – so it came as no surprise that we all enjoyed this lovely tartine as a first course to „Pasta with Fennel, Rocket and Lemon“ – a recipe from River Cottage Everyday Veg that I have prepared a few times since we first made this in August for the cottage Cooking Club (if interested, you can take a look here). 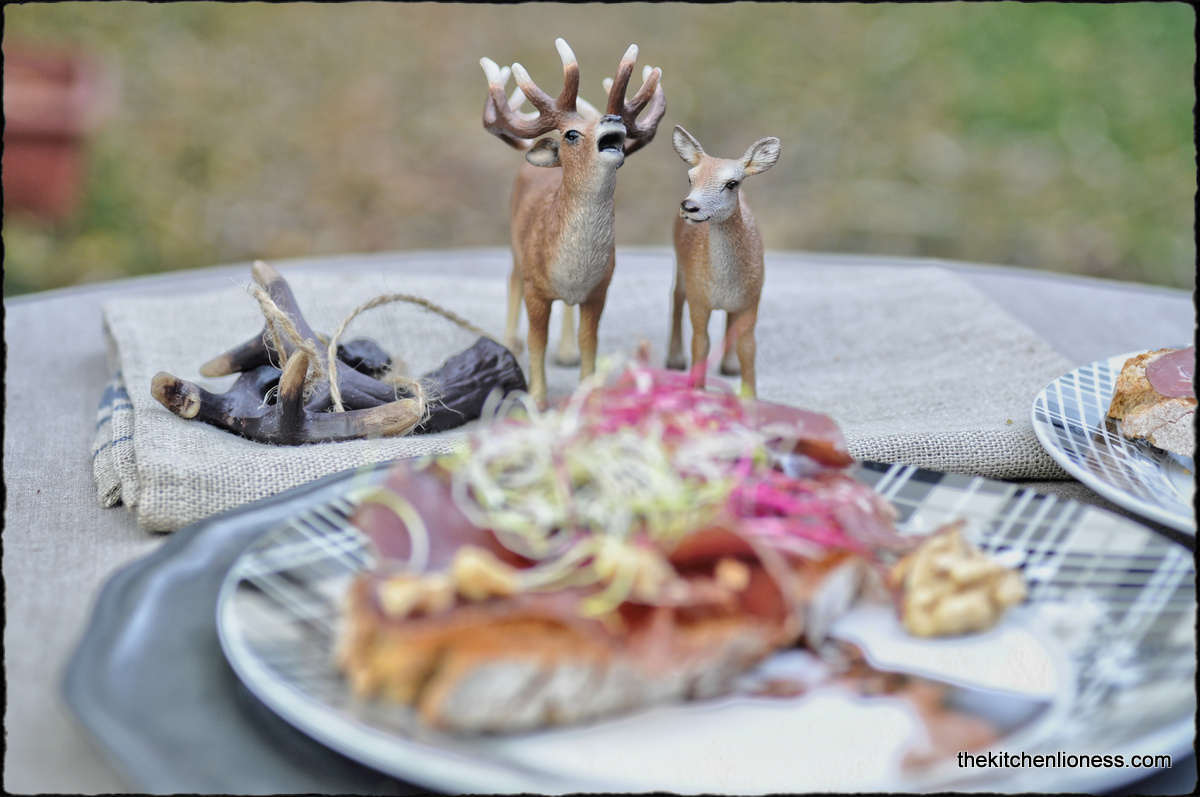 For copyright reasons, we do not publish the recipes from the book. But you can find the recipe for “Tartine de Viande des Grisons“ on page 41 in Dorie Greenspan´s cookbook "Around my French Table".