The other day an elderly lady stood in line with me at the greengrocers. There were lots of people in front of us and while we waited I noticed that she kept checking her pre-packaged apricots again and again.  After checking the package for the umpteenth time, she turned to me and asked me wether I was sure that these were in fact apricots, I re-assured her that what she had chosen, were in fact apricots. She gave me a big smile and answered "I certainly do not want to buy these strange looking apricots again that I bought last week, they were tangy and they tasted nothing like real apricots". In fact, she must have bought nespole not apricots, I told her. "Ohhhh", she sighed, "that´s why..." 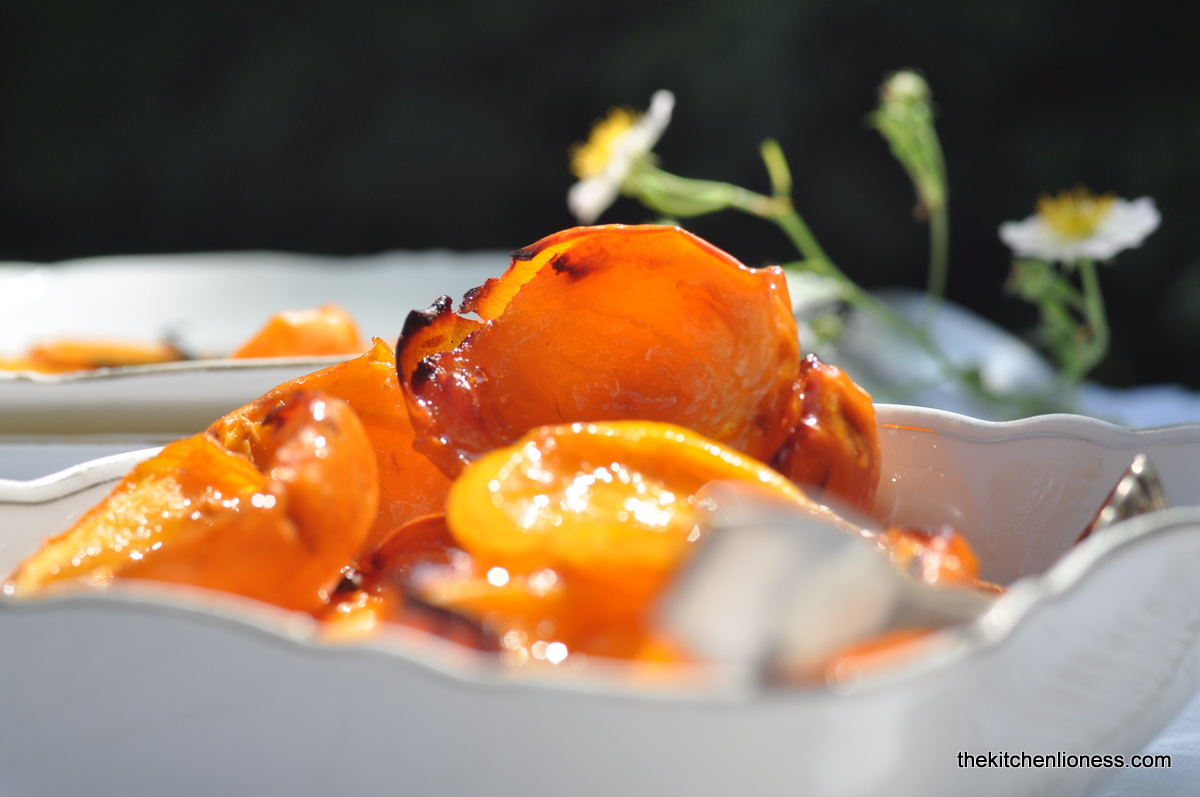 Nespole, in Italian, nefles in French, Mispeln in German, or nisperos in Spanish, are round and a little reminiscent of apricots were it not for their shiny skin. They are delicious eaten raw or can be turned into jam or chutney. This slightly bitter fruit that looks like an apricot and is similar to a loquat is popular in spring in Tuscany. Though they may be a bit difficult for some to track down, nespole make their appearance in spring all over markets or neighbourhood trees in Italy. Apricots, though sweeter, could be a good substitute in this recipe if you can’t get a hold of nespole. 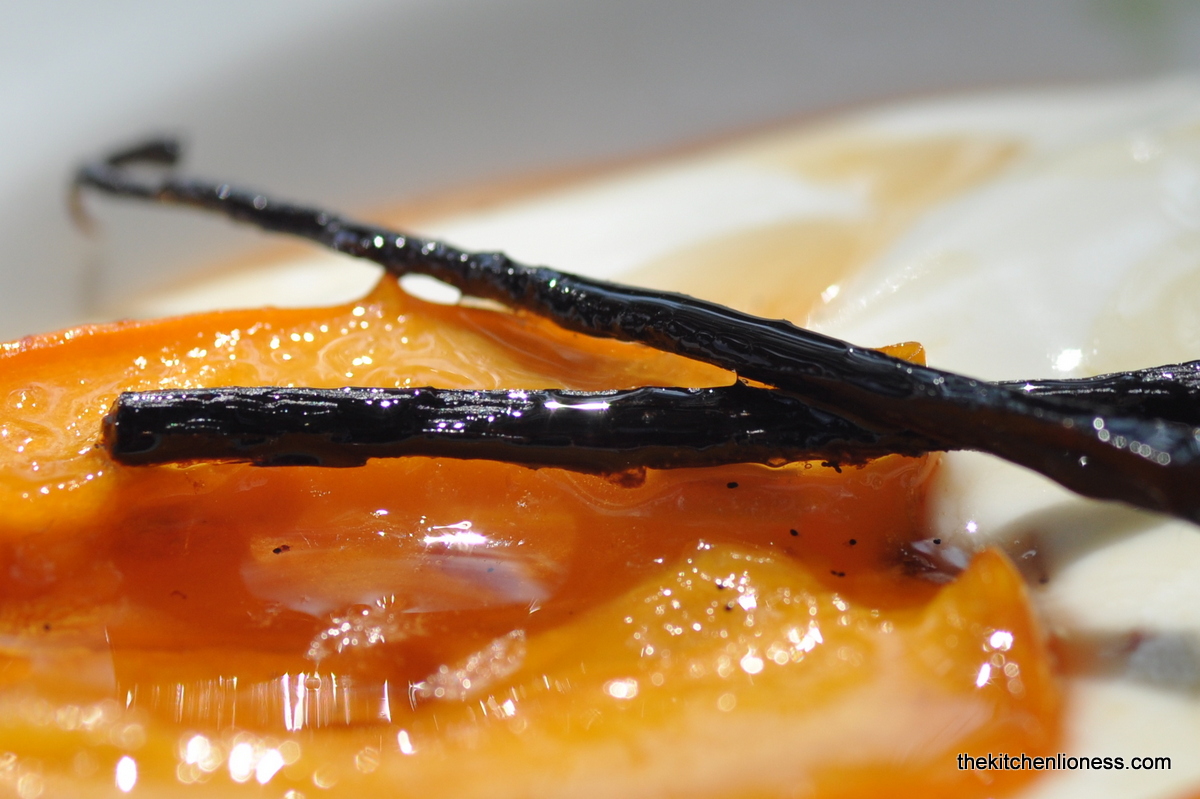 This small plain looking orange fruit’s season starts early in April. Nespole were introduced in Italy at the end of the 18th century and spread quickly across the country. Perhaps, the popular believe in nespole´s magic powers helped its proliferation: almost every household in the Italian countryside had a nespolo tree as it was said to keep evil witches and bad luck away. Not sure about the witches and the bad luck sort of stuff, but it makes for a nice little story to tell to your family and guests. 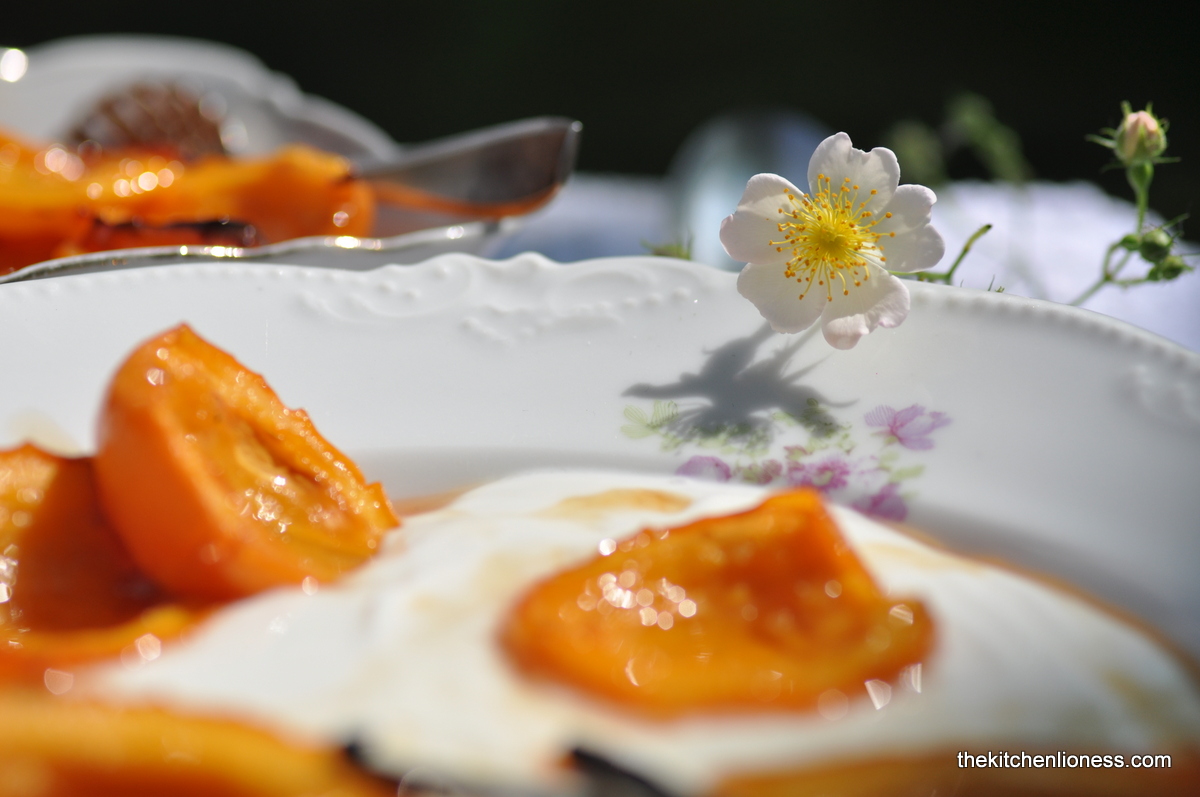 While their short season lasts, I buy nespole at my local markets, especially the Middle Eastern greengrocers carry these beauties. The darker shade of orange the better. When choosing nespole, do not worry about small bruises. Once they are ripe, just peel the skin and enjoy their refreshing tangy juicy flesh with a hint of citrus.

In a typical Italian manner nothing goes to waste and the stones from the fruit are even used to make Nespolino, a bitter sweet type of liquor. I know exactly which friend of mine will be the happy recipient of a lovely little bottle of Nespolino liquor soon! 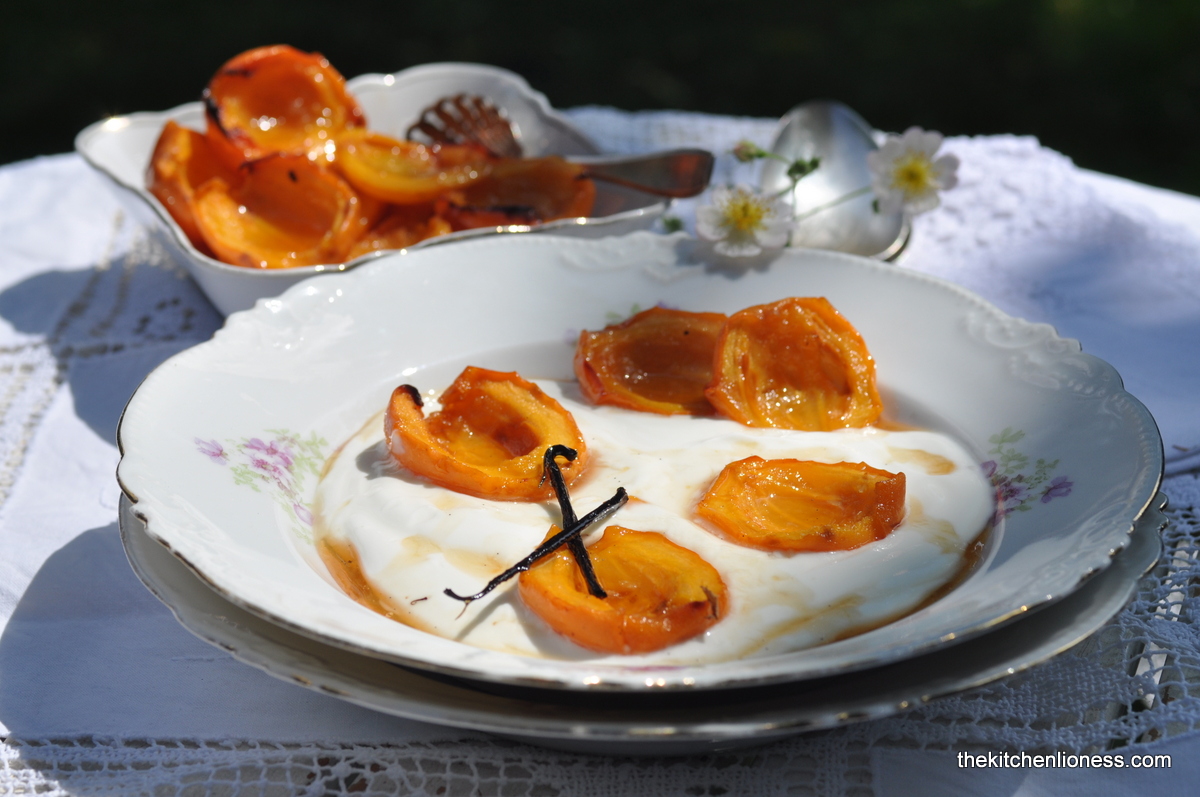 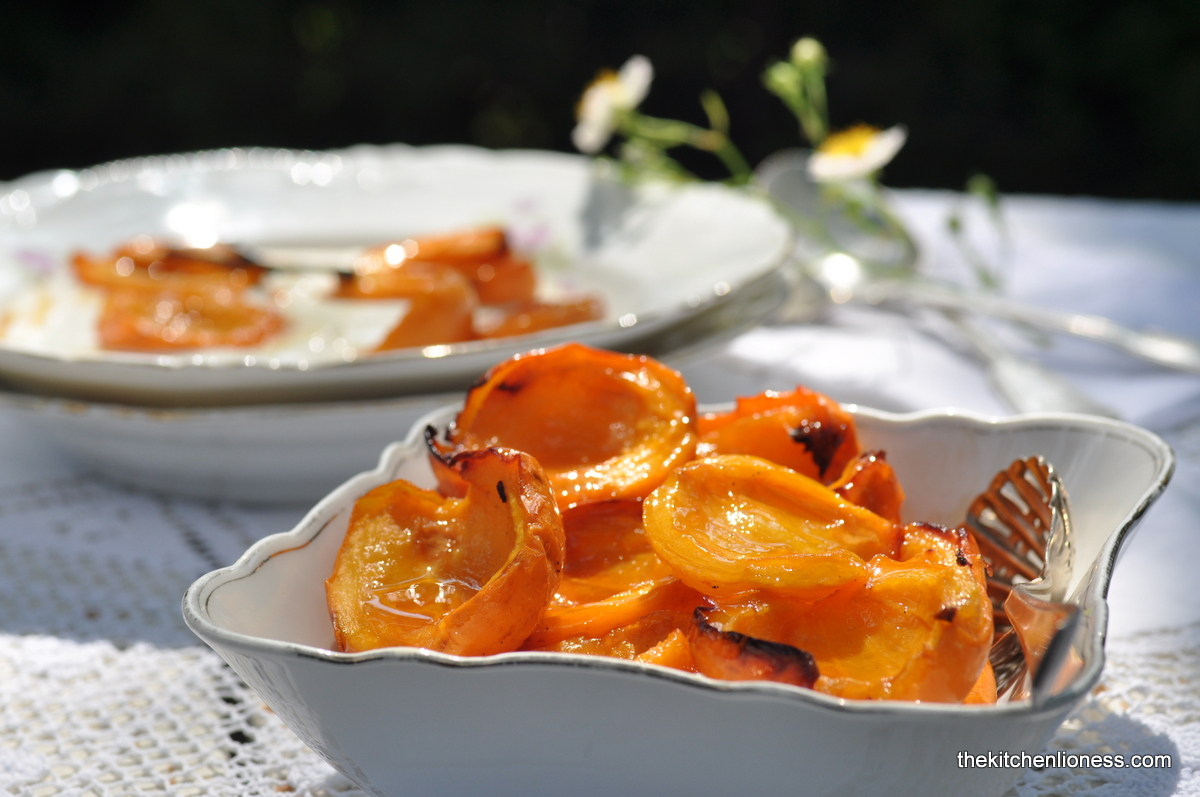 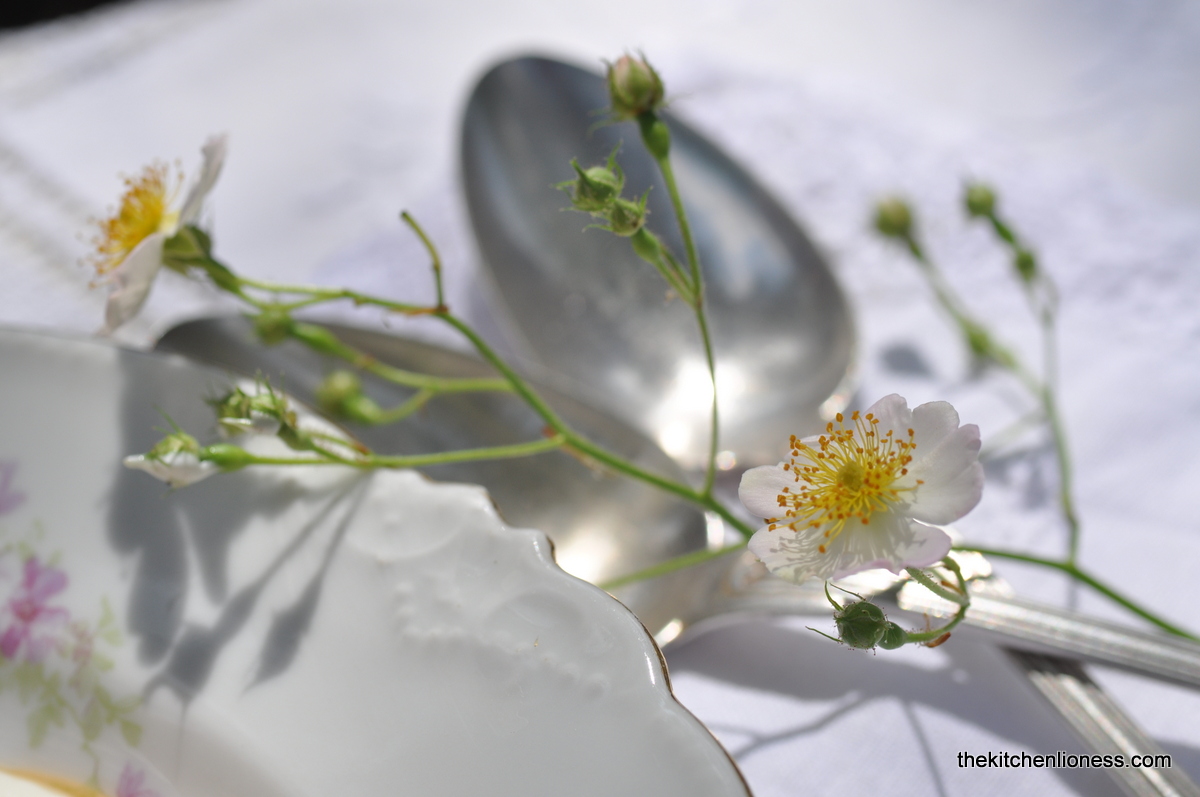 So, next time you think you are buying what looks like apricots but in fact are nespole, go ahead and give them a try. To bake them in the oven brings out their natural sweetness which is not overwhelming, you will still taste a certain tang. And they are utterly amazing with fresh Greek yogurt, natural yogurt, ricotta or even some crème fraîche or homemade vanilla pudding. Or make jelly with them or some lovely jam, capturing that early summer taste for later in the year.