Pain d'épices (French for "spice bread") is a classic moist French cake or quick bread, a kind of cross between a cake and a bread, or as I like to refer to it a „breakfast cake“. There is no butter in this recipe, just milk to bind the ingredients and there is some rye flour in there. Which means that it’s actually rather well-suited to being spread with fresh butter and topped with jam or honey (my favorite). 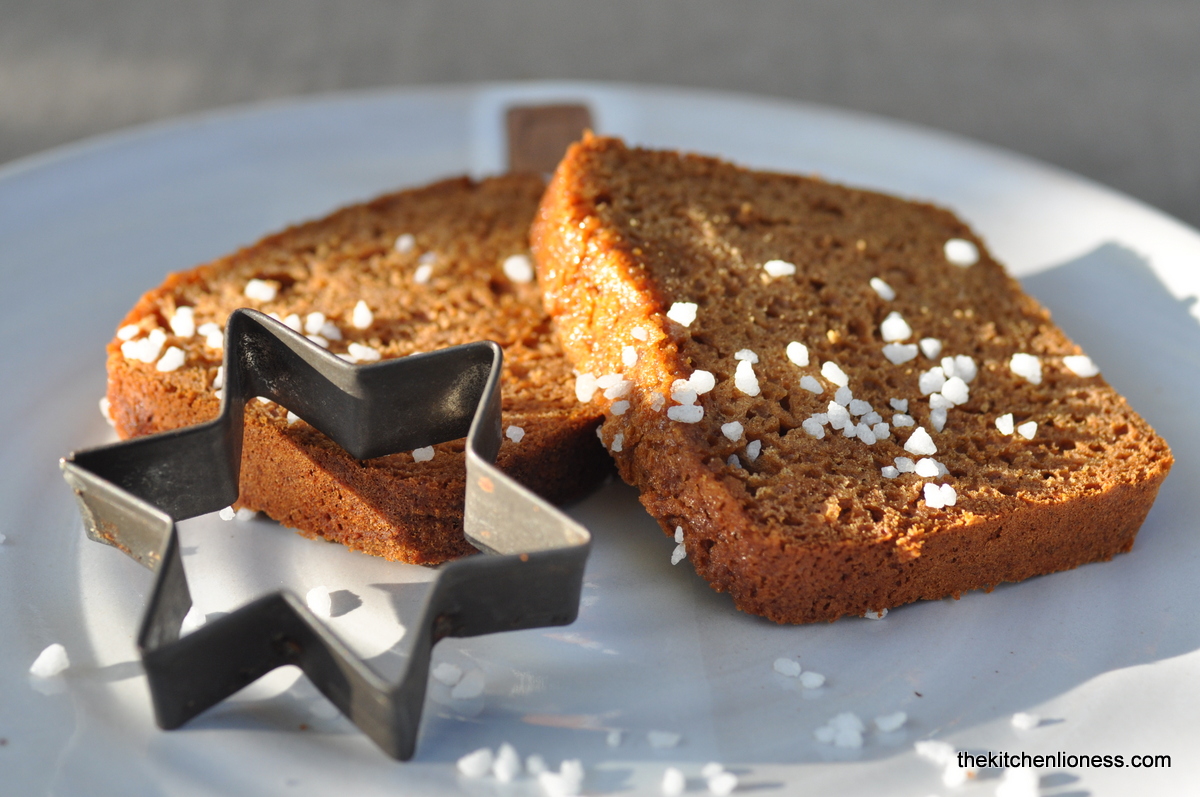 This cake is something that people tend to buy rather than make these days. However, given how simple the recipe is, there is no reason not to give it a try.

The only prep involved here is scalding of the milk and then letting it cool before mixing the batter. And maybe whipping the egg whites but other than that, this recipe only requires you to just mix everything together until you have a smooth – but still thick – batter, scrape it into your baking pan and bake. Then you will be rewarded by a rich, spicy aroma during baking, and that aroma will linger in your kitchen for a while.

While this cake can be eaten the same day it was made, if you have the time and patience to store it for a day or two, the texture of the loaf will be denser, the loaf will be slightly sticky on top, but it will also cut more easily, making it perfectly suited as something to nibble on during the week for breakfast, but it’s also tasty enough on its own to enjoy with a cup of tea or coffee as an afternoon snack. Or do as the French do and cut thin slices to serve under slabs of foie gras. Or do as the Belgians do and add toasted cubes to a wintry Carbonnade flamande (A Flemish Beef and Beer Stew). 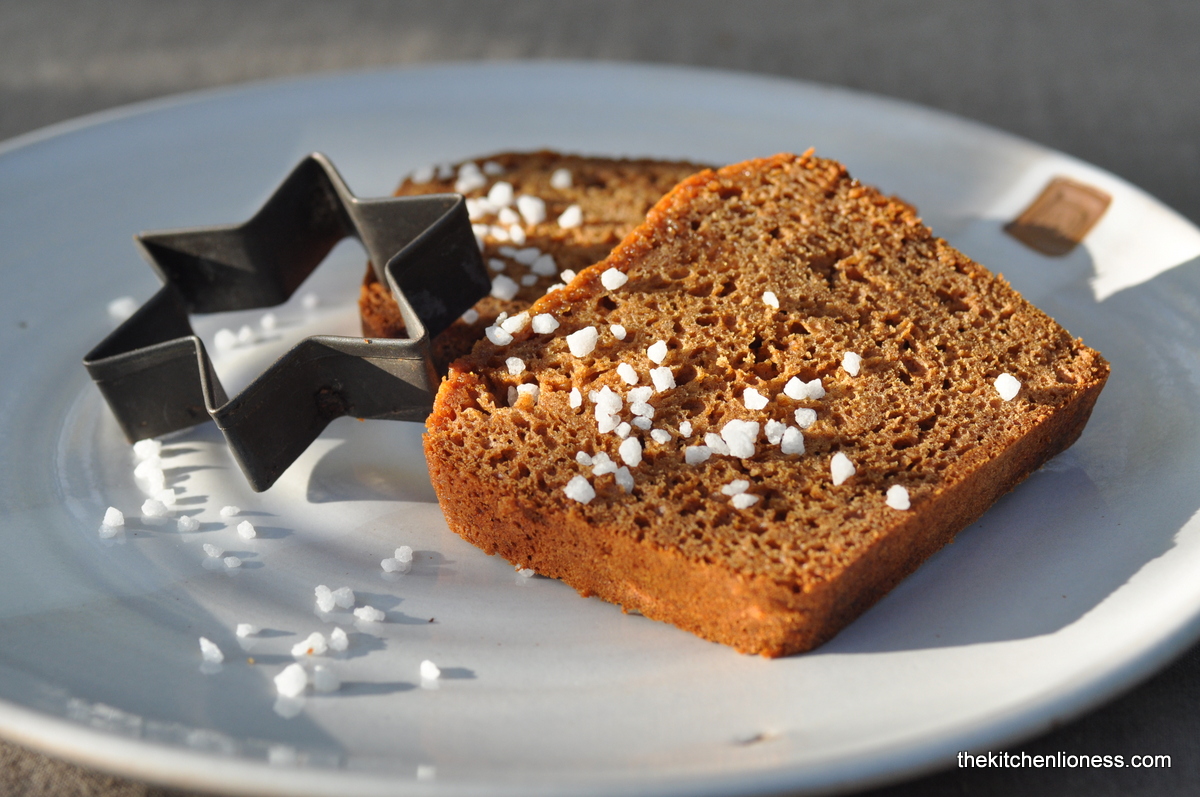 In this recipe I use a rather traditional French spice mixture „Quatre épices“. However, you can tweak the recipe and use a gingerbread spice mix or perhaps a Belgian spice mixture like speculooskruiden used in traditional biscuits (the Dutch call it speculaaskruiden). You can also add nuts, dried fruit such as golden raisins or chopped apricots or even preserved ginger. I like it more on the plain side and sometimes add some coarse sugar (from Belgium) as a topping. 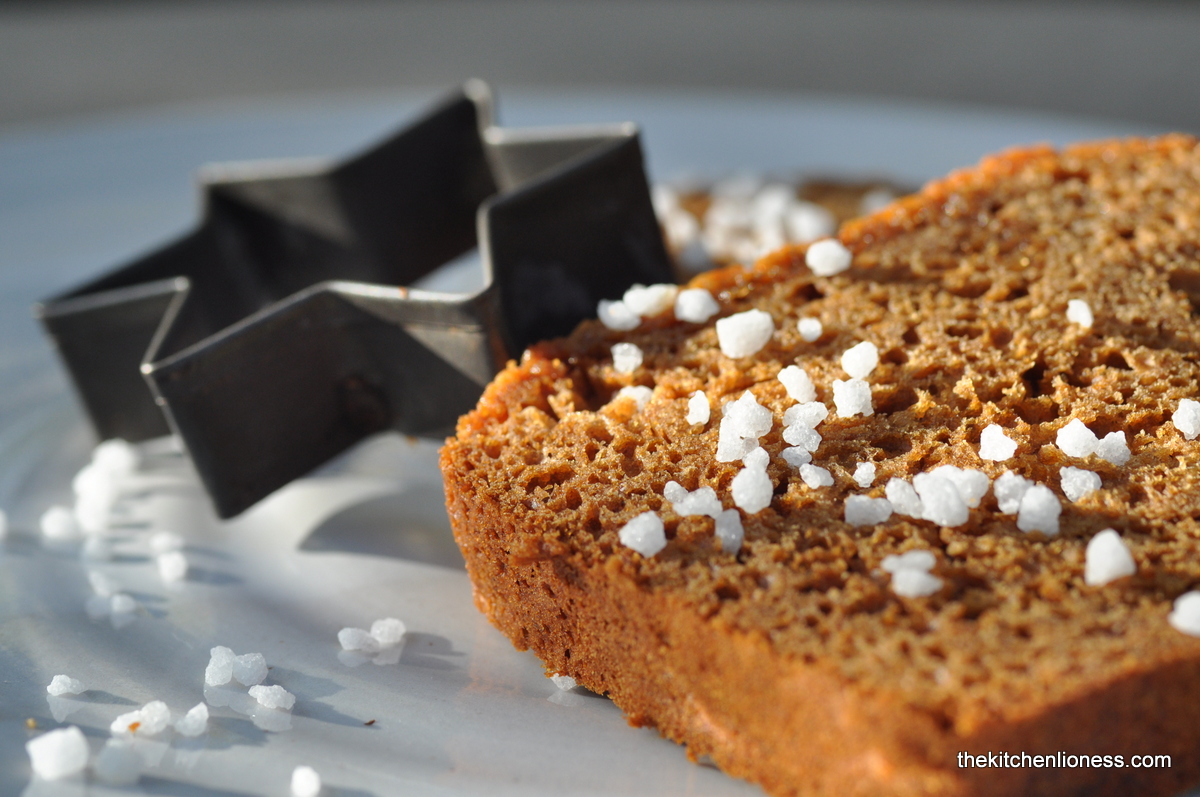 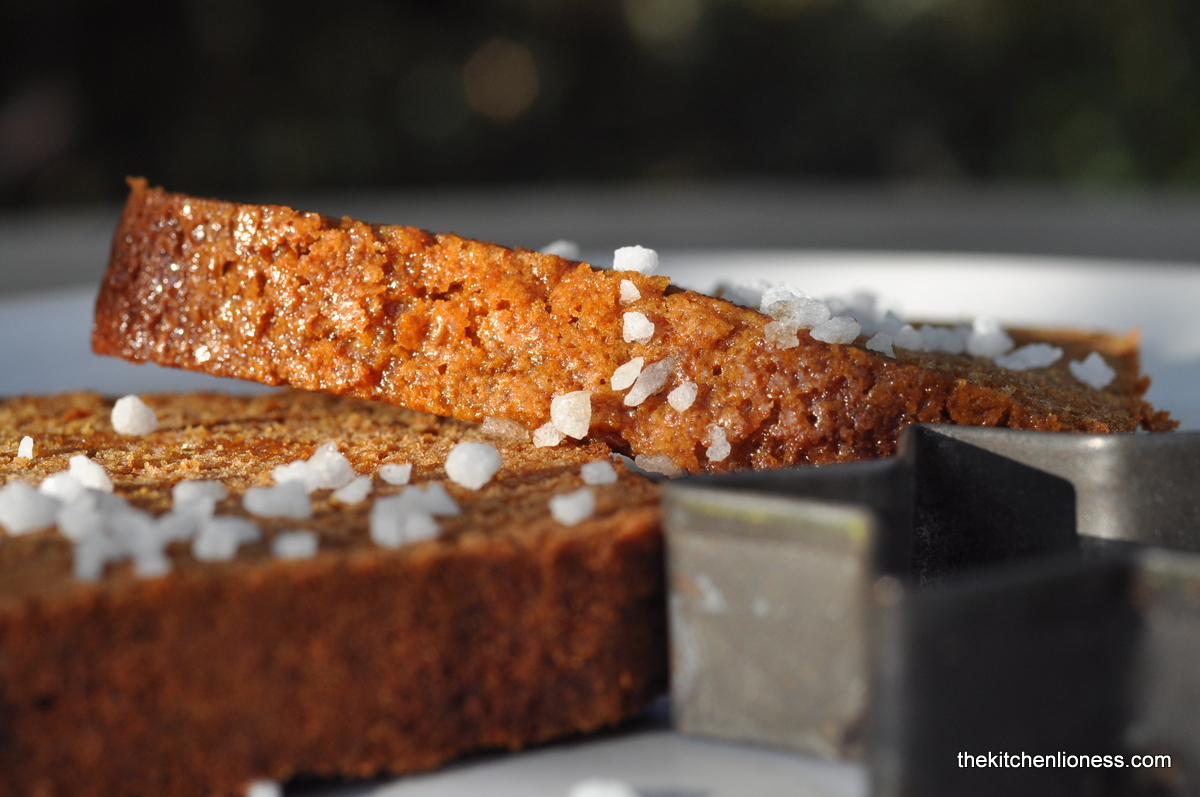 This is a nice, easy recipe that gives you a lovely spicy cake. This is also a good one to make with kids, as the recipe is quite easy. And a rather nice way to start my seasonal baking frenzy...