Rice Pudding is a simple and very old recipe of uncertain origin that began to be common in many households around the beginning of the 18th century, and by the 20th century, it was omnipresent.

Many different countries have their own version of rice pudding. Spain, Portugal, Turkey, India, Thailand and Great Britain, to name but a few. There are two basic ways to make rice pudding - baking or boiling. The German version is called Milchreis (milk rice), made by cooking short-grain rice on the stovetop in milk with sugar and vanilla. German Milchreis is usually served as a sweet main dish with fruit or compote or simply with sugar and cinnamon on top.

So, having tried many a recipe and method for preparing Rice Pudding, I settled on the German basic version - boiling - added a bit of a twist by adding coconut milk to the milk and serving the pudding with Spiced Sour Cherries instead of just cinnamon sugar, my family´s traditional way. I also like to sprinkle a few chopped natural pistachios on top but coconut chips are also wonderful here. 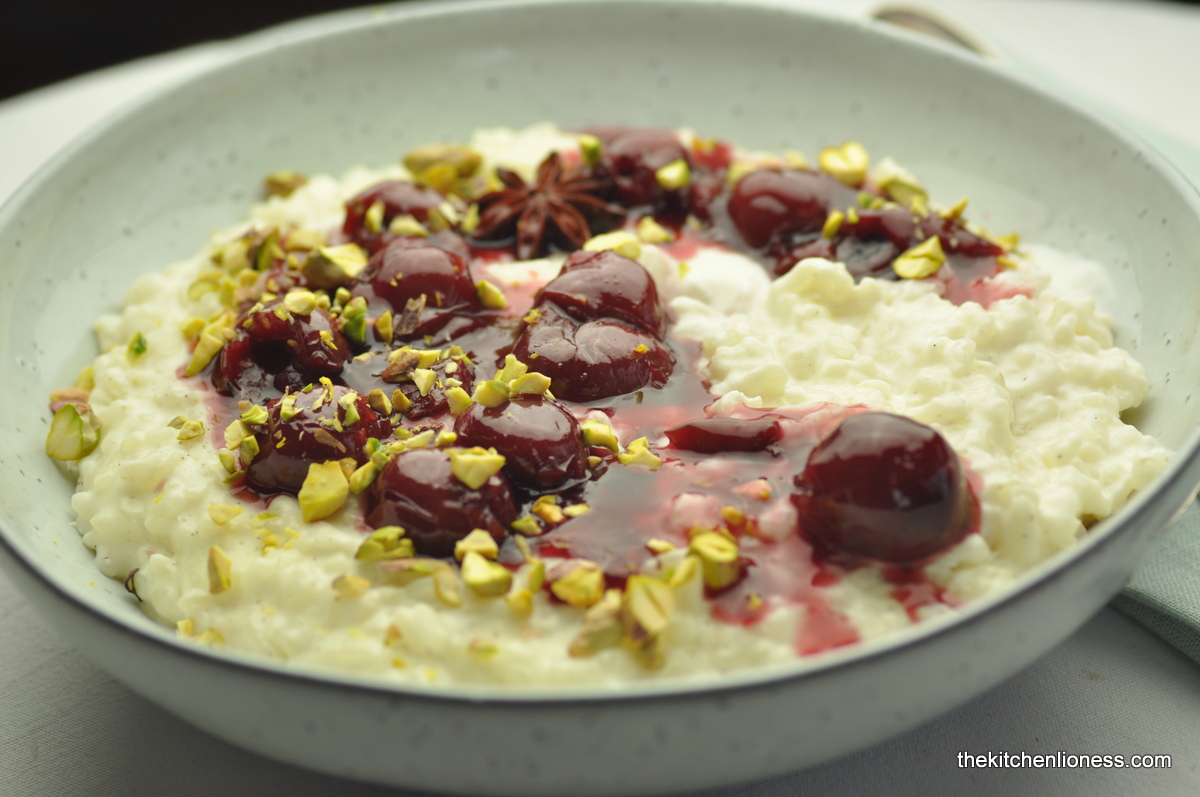 For the Rice Pudding
*NOTE: this is not a specific type of rice, but a generic description for short-grained white rice used for making rice pudding.


For the Spiced Cherries 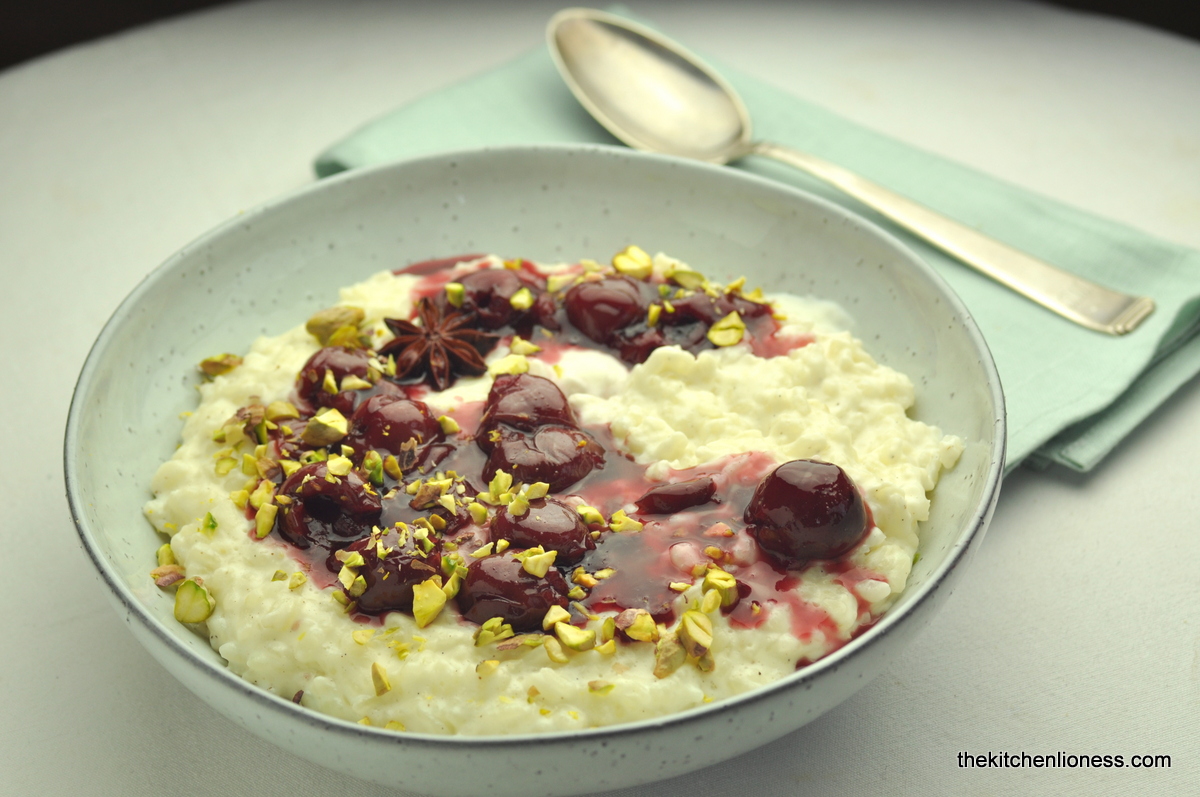 Of the Rice Pudding

Of the Spiced Cherries 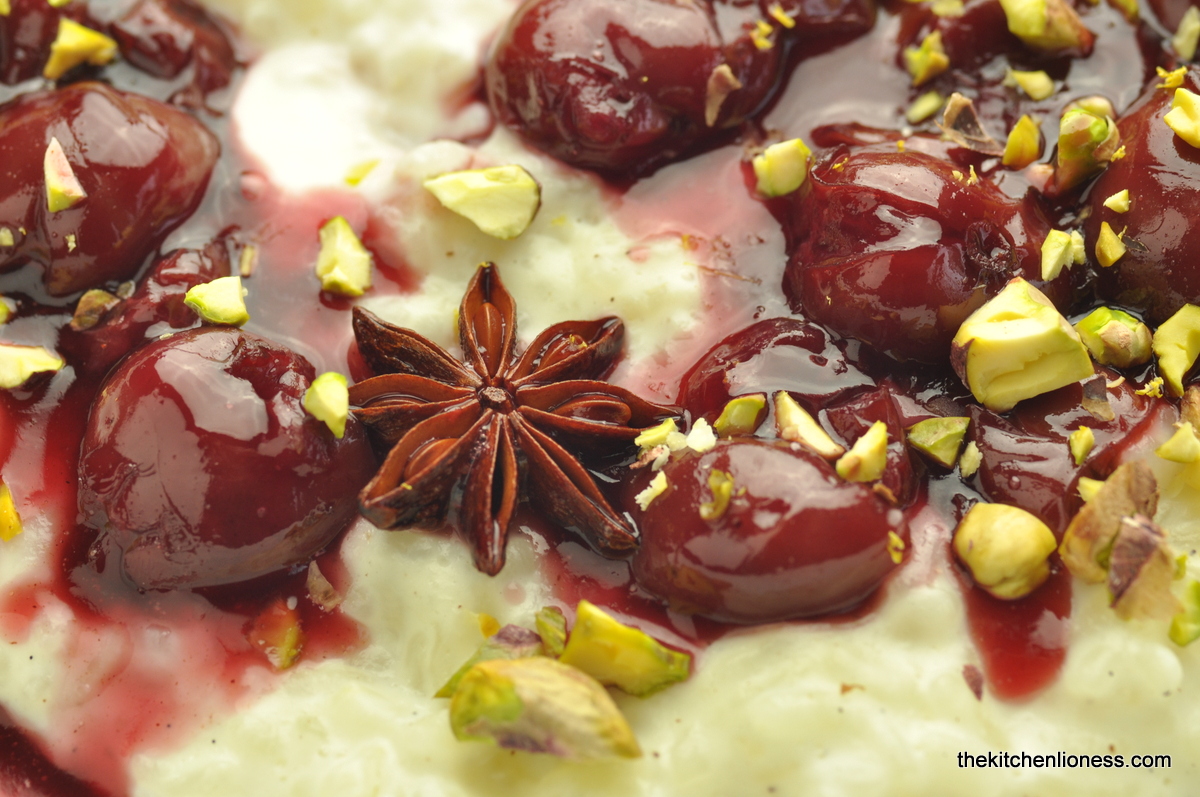 You can easily change up the basic recipe by mixing in different spices such as nutmeg or cardamom, or add a dollop of jam or preserves, or dried fruits such as raisins, apricots or cranberries or a mix of several of these options.

While the Rice Pudding it is best eaten warm (which is what we do), both the pudding as well as the Spiced Sour Cherries keep well for a day or two in the fridge.