Sbrisolona Mantovana, a crunchy, crumbly, nutty tart is a typical sweet treat from the city of Mantova (in English 'Mantua') in Northern Italy. The Sbrisolona is locally also known as Sbrisolina, Sbrisulusa or Sbrisulada.

'Sbriciolarsi' means 'to crumble' or 'to fall into pieces'. In the recipe below, the crumbs are made of cornmeal and almond meal, sugar, roughly chopped almonds, butter and just enough egg yolk to keep the sandy and coarse bricioli (crumbs) bound together while baking. When baked the Sbrisolona is like a really huge cookie whose texture is a cross between buttery shortbread and the most delicious crumb topping you ever made.

It's commonly thought that this shortbread like, crumbly sweet treat that can in found in most Mantua's bakeries, has its origins in the surrounding Lombard countryside. The origin of Sbrisolona Montovana is from the cucina povera ('cuisine of the poor') and contained modest ingredients. Peasants made a hard and crumbly dessert of sorts by mixing crushed grains such as millet and cornmeal, hazelnuts and lard. This modest treat was then enrichened by the cooks serving the city's ruling Gonzaga family in the 1600's with the additions of almonds, butter, sugar and spices (expensive ingredients at the time). Though it would be several centuries before these ingredients were readily available (and affordable) to much of the city and surrounding countryside's population, it was a Torta that many local, less well-off families worked hard to save up for and make on special occasions. 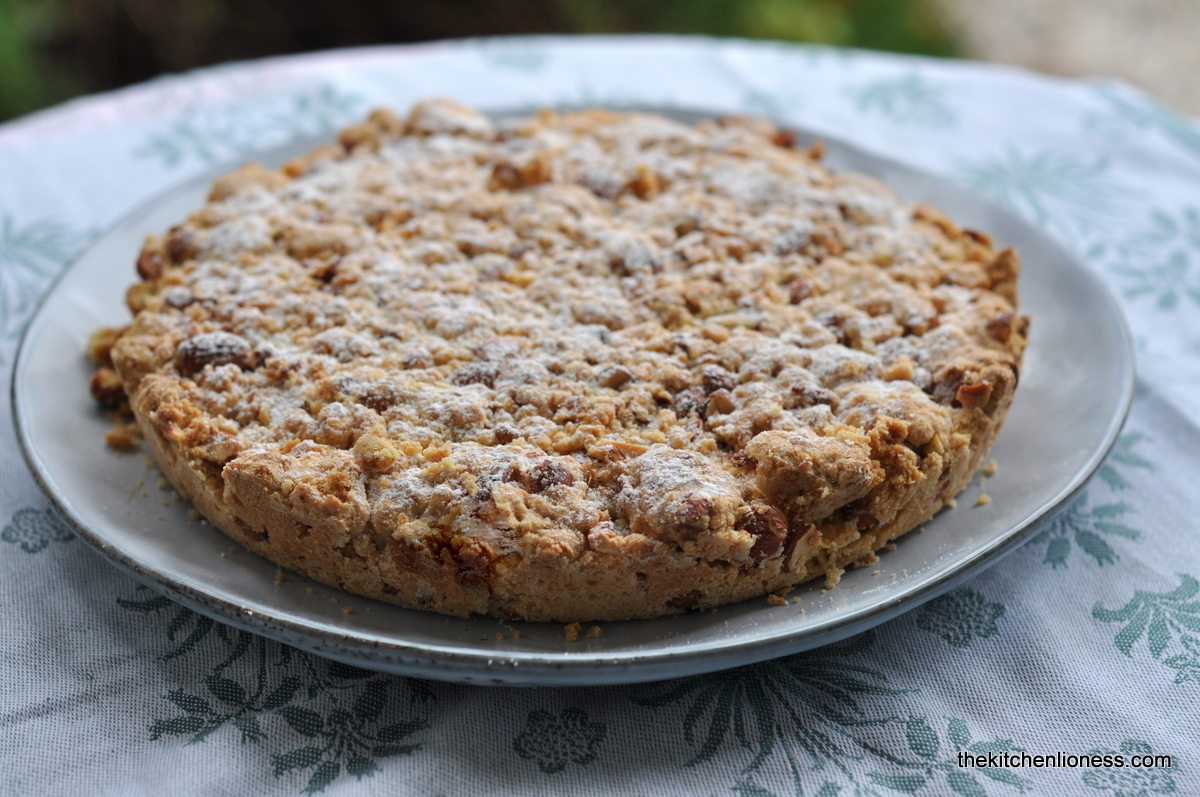 Sbrisolona is meant to be enjoyed in large chunks or shards rather than slices. 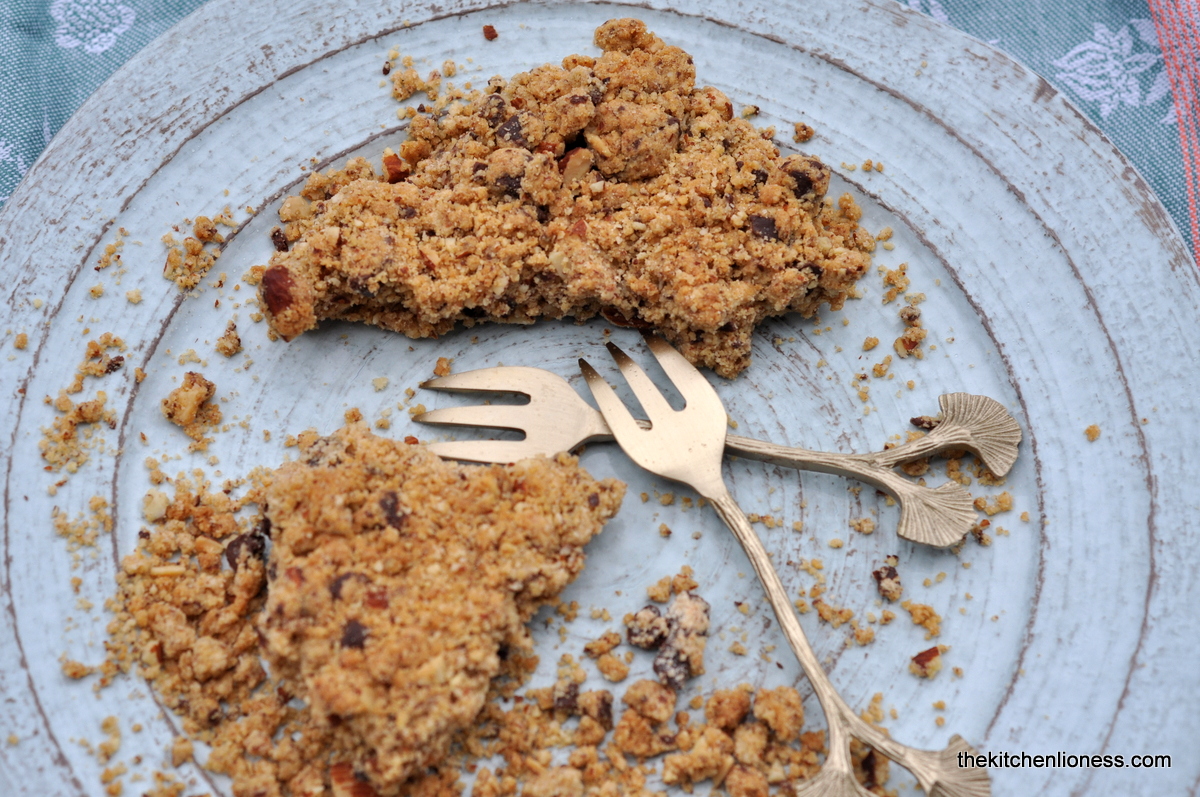 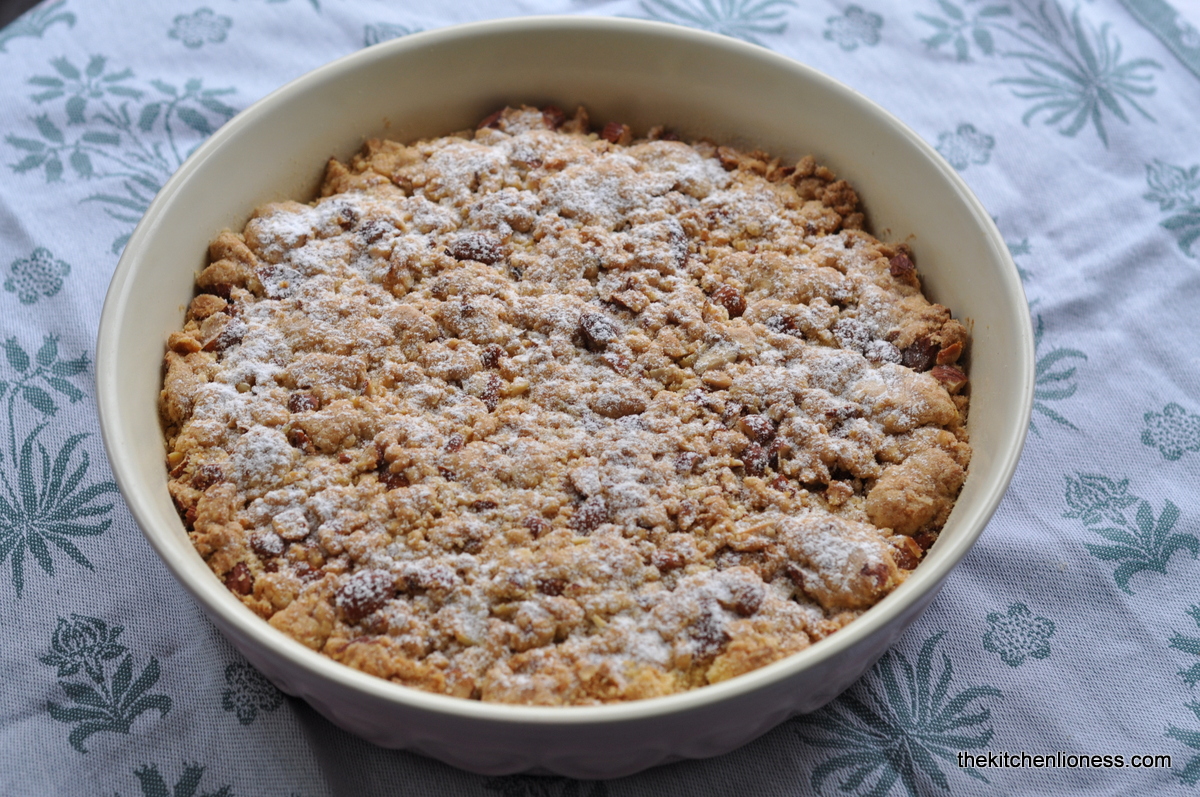 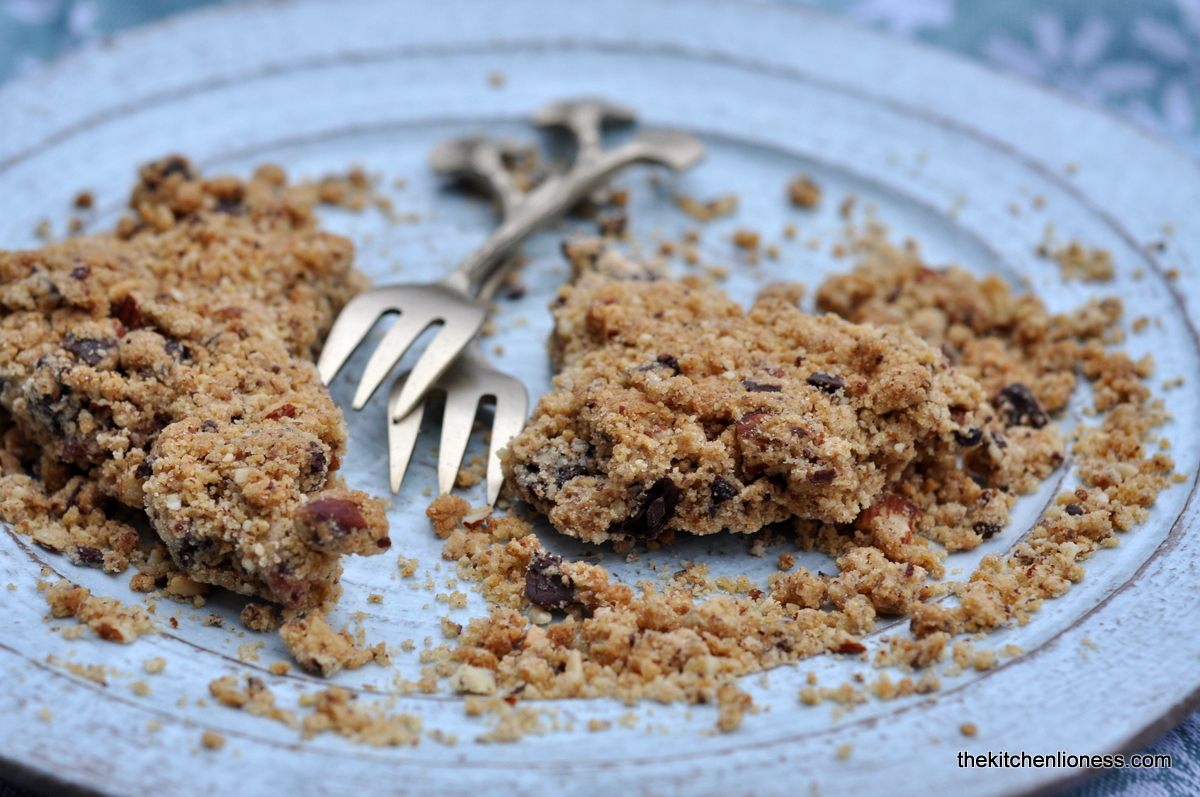 The above version of Sbrisolona Mantovana is more of a traditional recipe from the city of Mantova, it contains no ‚white flour‘ but a mixture both of fine cornmeal and almond meal, many other recipes for ‚Torta Sbrisolona‘ or simply ‚Sbrisolona‘ call for a mix of wheat flour (Italian '00' flour which is available at Italian stores or online) as well as cornmeal in addition to the almond meal. Also, it is noteworthy that traditional recipes were made with all lard or a mix of lard and butter, I went with all butter here but feel free to go the lard route. 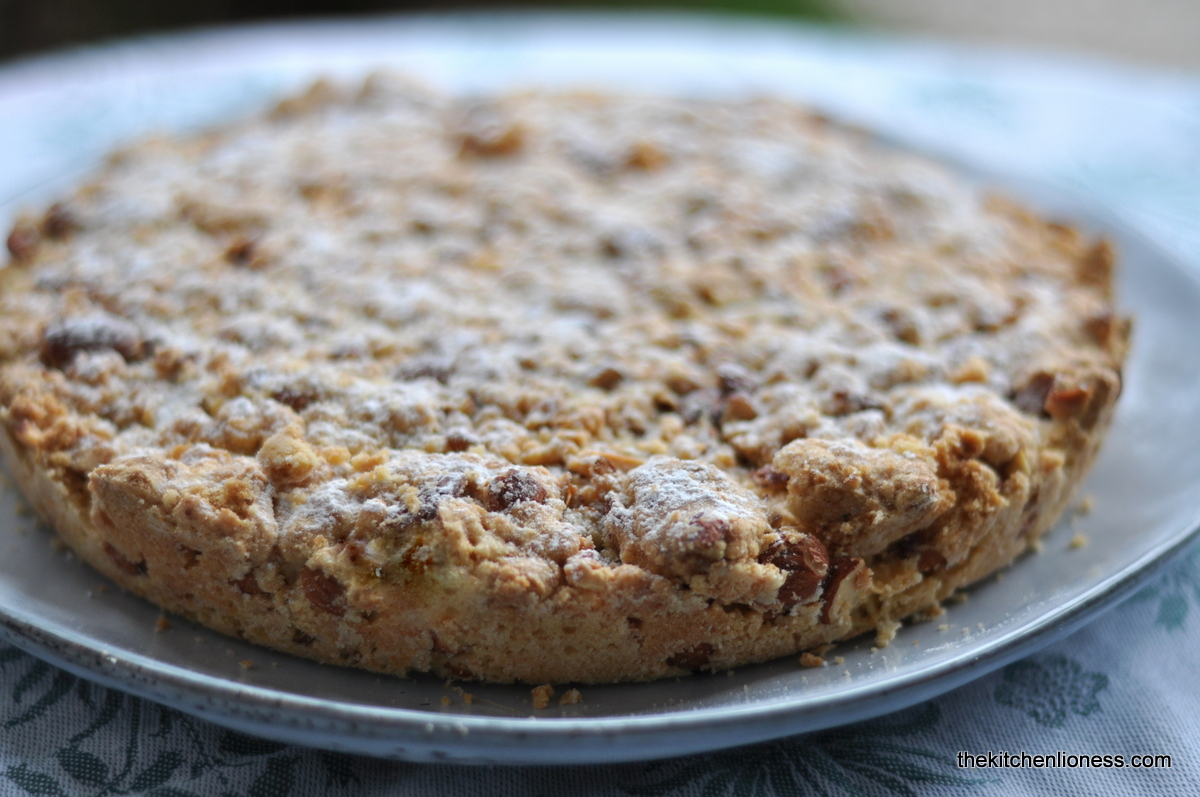 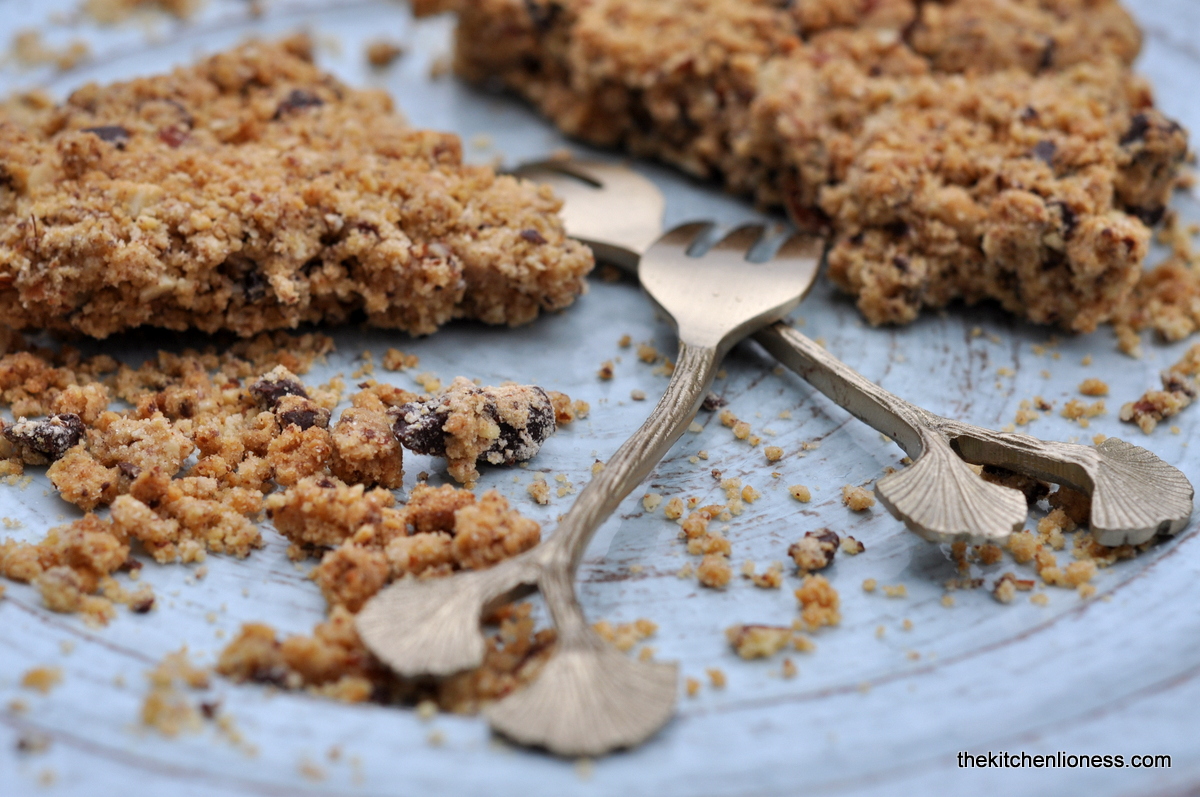 Feel free to add to the traditional recipe, some cinnamon is nice here or go with the grated zest of an untreated or organic lemon or orange. 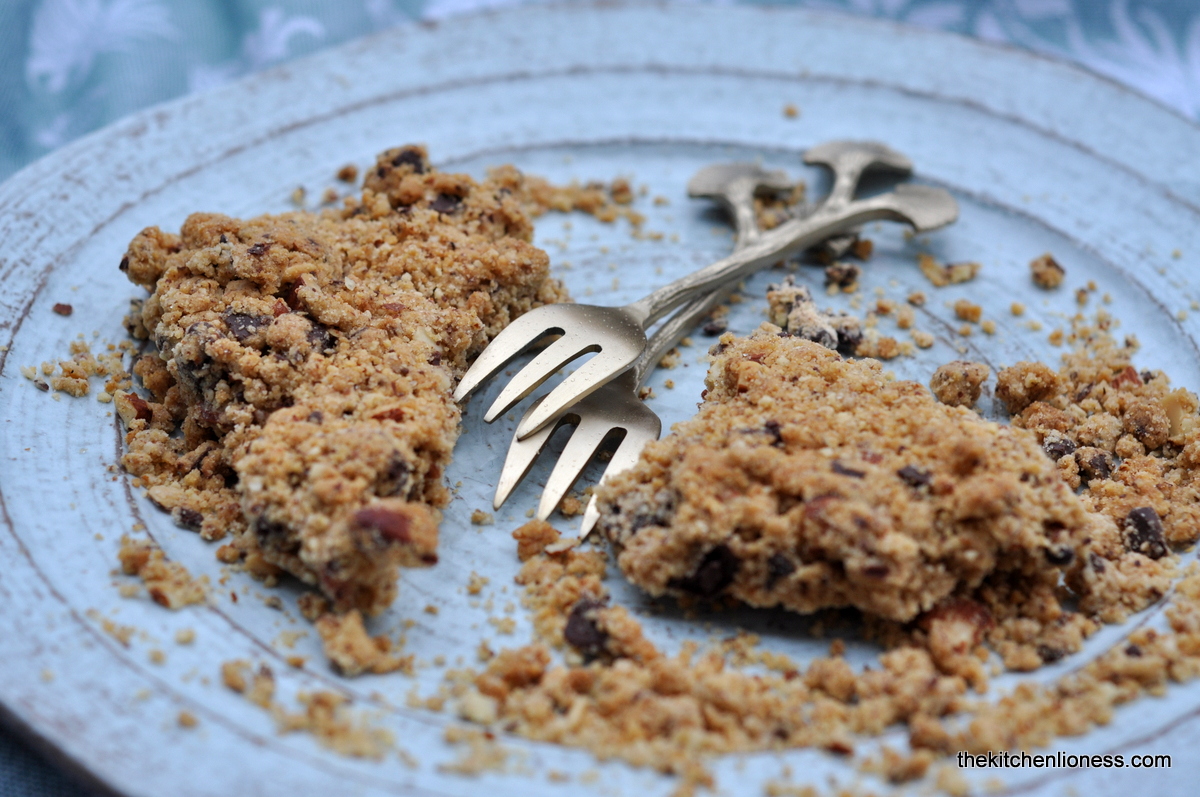 If you prefer a more decadent version of the original, you can always add large chunks of dark chocolate in addition to the almonds. When I add chocolate, I go with about 100 g (that's 3.5 ounces) 75% chocolate and a bit of cinnamon too.