These crispy, crackly Zucchini-Red Lentil Fritters take inspiration from the traditional Bengali onion snacks called Piyaju (red lentil fritters with onions). Soaked and blended red lentils make up the batter, which is then spiked with turmeric and chile powder. Onion, zucchini and parsley add texture. And frying them in ghee (a hard fat that is obtained by heating butter made from the milk of a cow or a buffalo, used in Indian cooking) at relatively high heat until they turn deep golden brown makes them crunchy on the outside, while the inside stays moist. 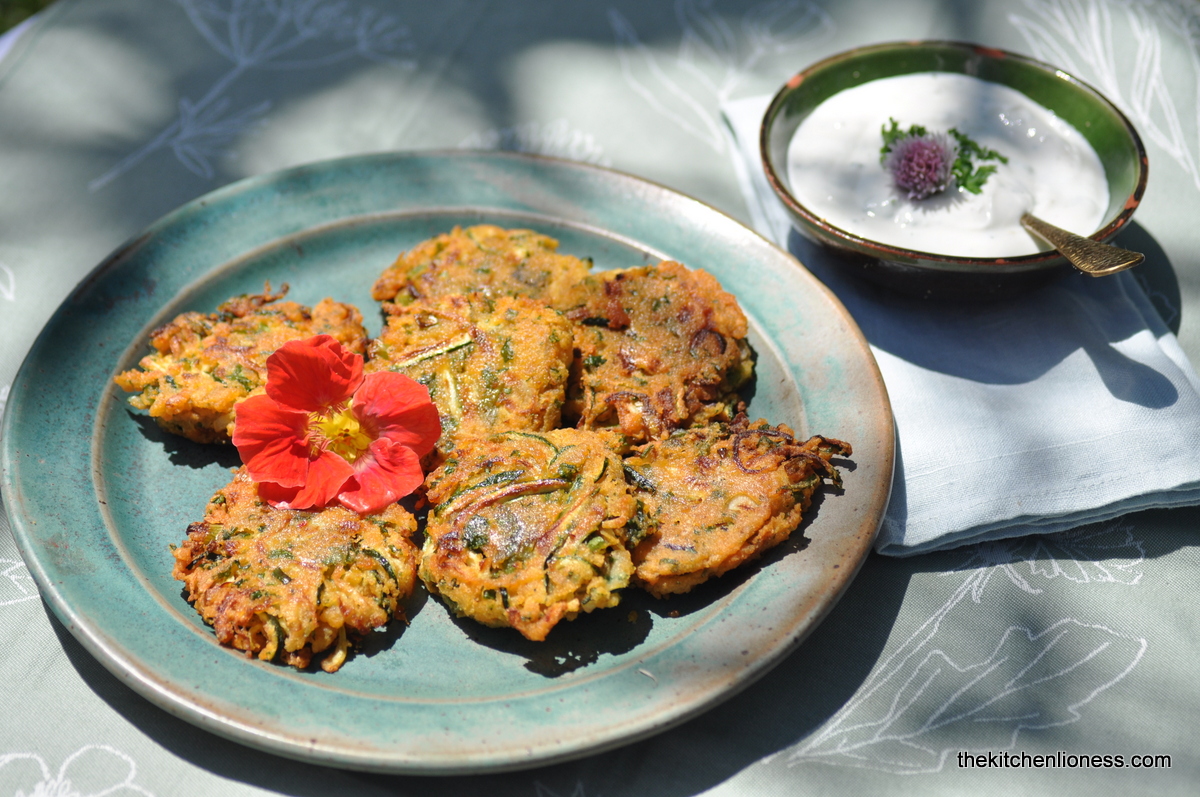 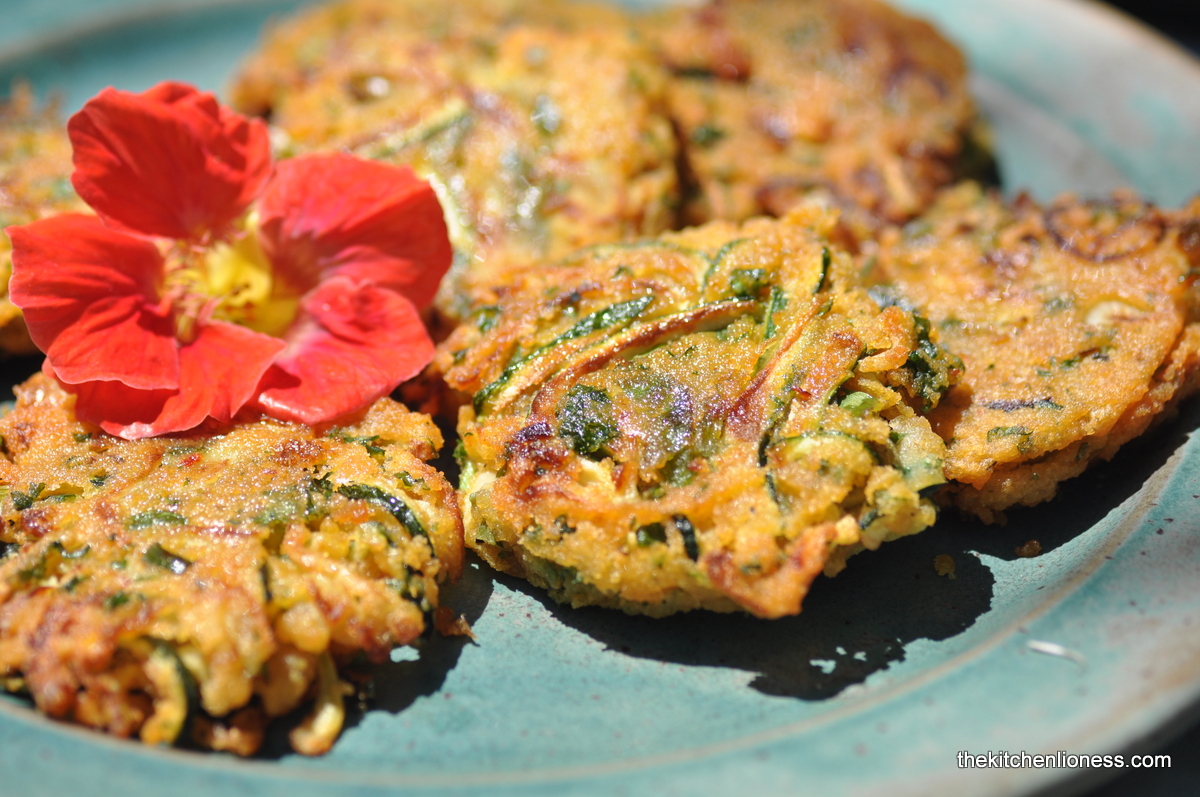 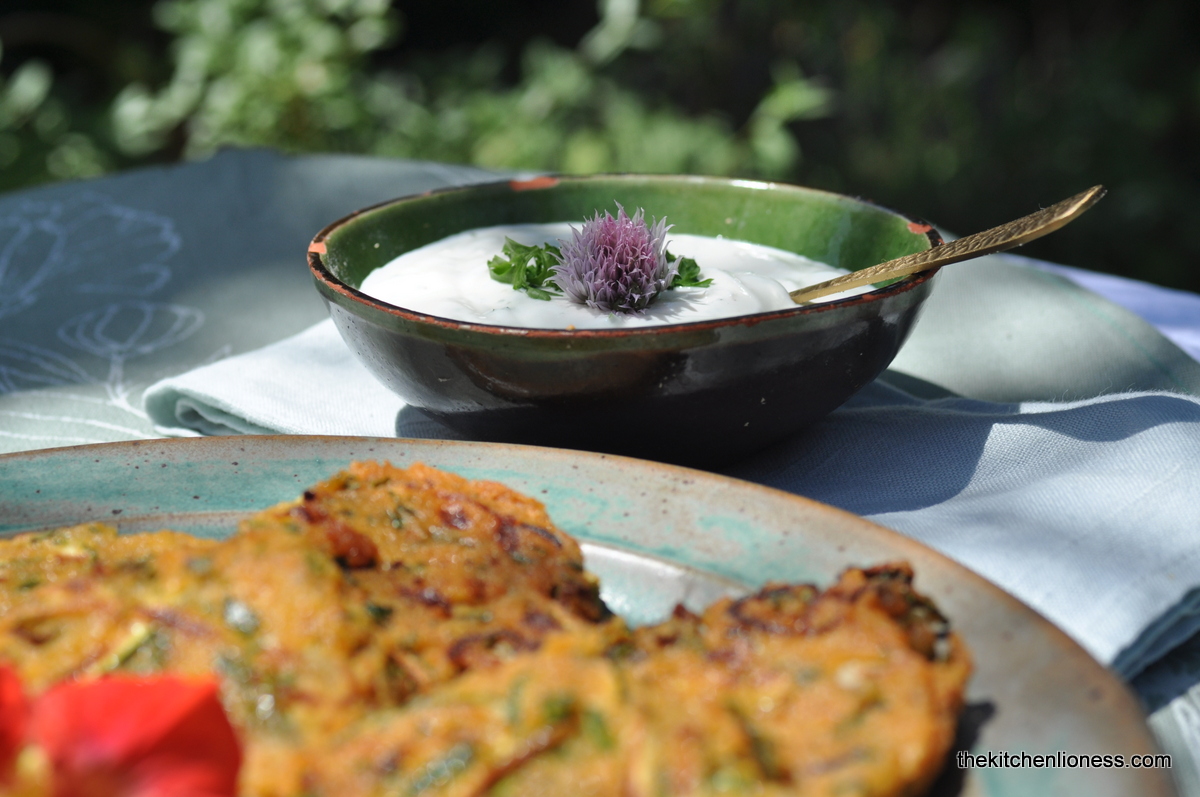 While these fritters look like Pakoras or Onion Bhaji known from Indian cuisine, they take their main texture from the soaked and ground red lentils rather than from chickpea flour. Also, the veggie ratio in these frittres is somewhat higher than with a Pakora or Bhaji.

A few years back we made Onion Bhajis with gram flour (aka chickpea flour) as well as Cauliflower Pakoras with Tamarind Raita for the Cottage Cooking Club, both recipes being from the 2011 edition of Hugh Fearnley-Whittingstall’s cookbook, "River Cottage Everyday Veg". See the pics/collages below. And the whole family loved these. So when I came across the recipe for these Red Lentil-Zucchini Fritters, I knew I had to give it a try. 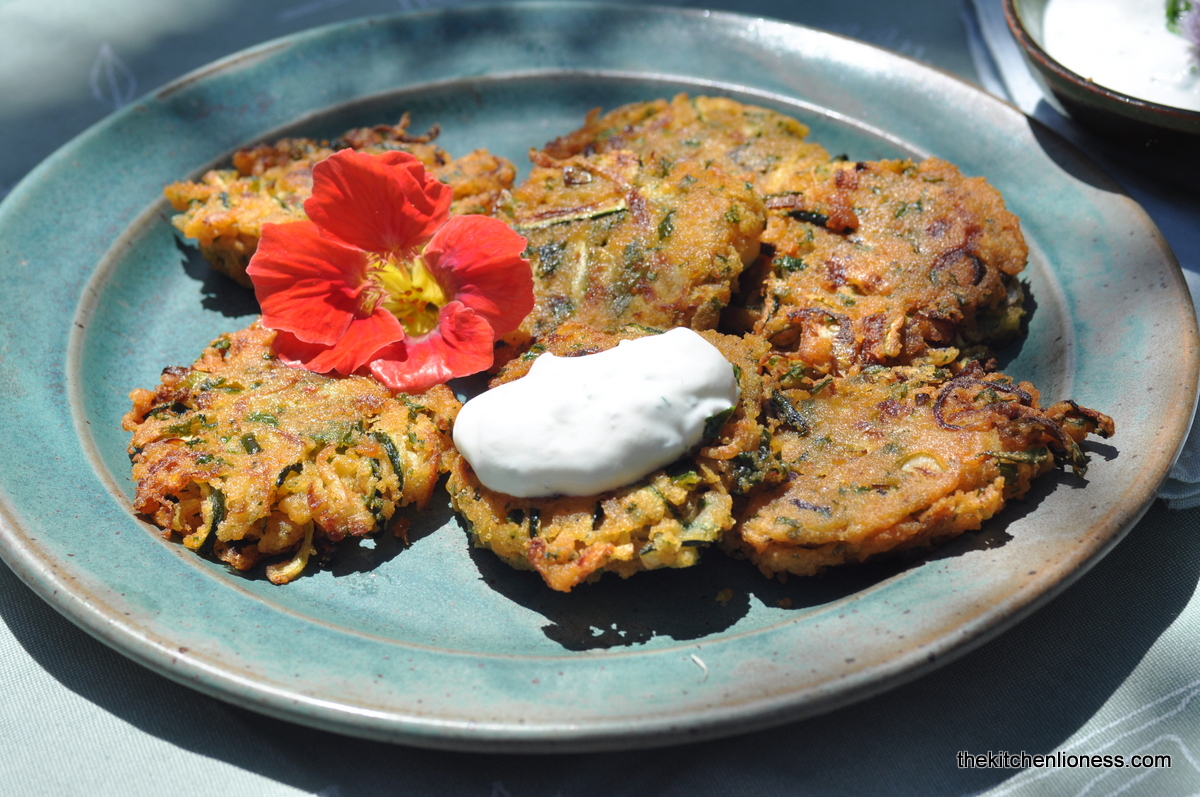 Before you get started on the recipe, you have to soak the red lentils for a while – I soaked them for a good four hours before proceeding with the recipe. 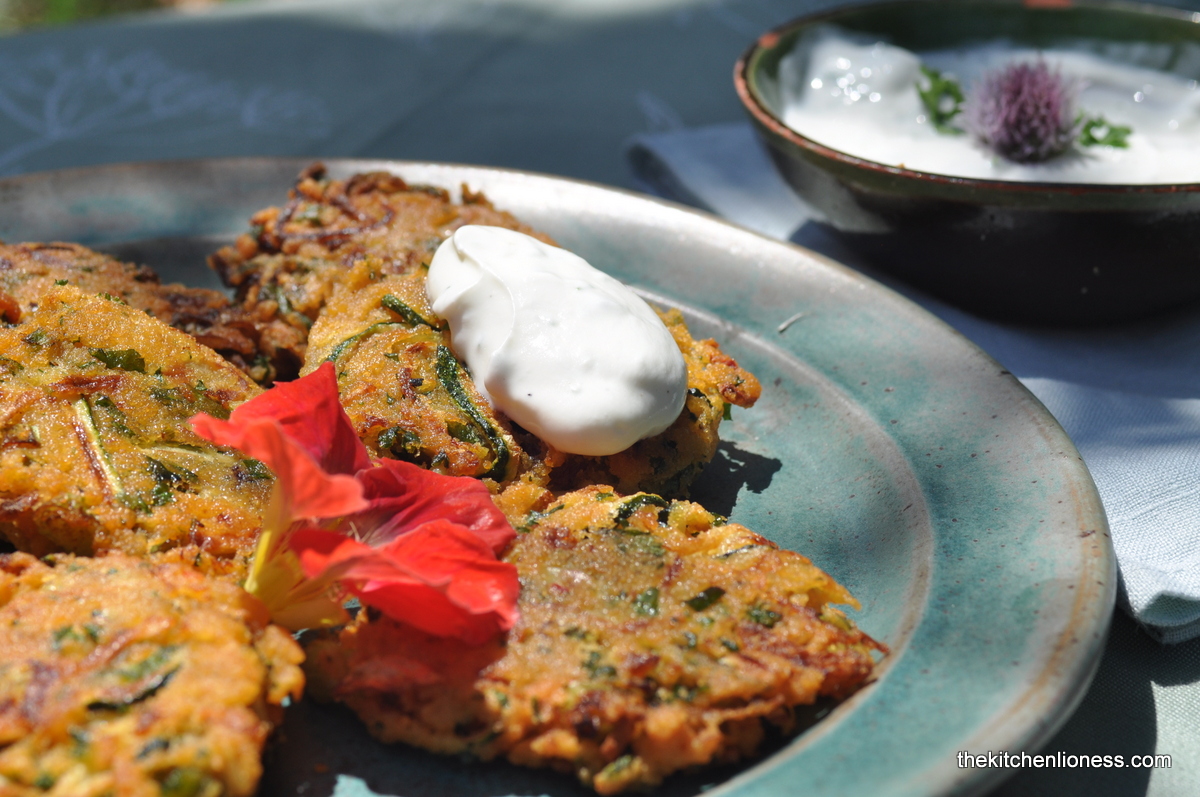 Also, about an hour before you want to fry these, you have to cut up the onion and the zucchini, salt them and place them in a colander to drain off any extra liquid or moisture before continuing on with the recipe. After you drained the liquid from the veg, make sure to blot them with a kitchen towel, no need to squeeze them, as that will break up the veggies too much and leave you with less texture after frying. 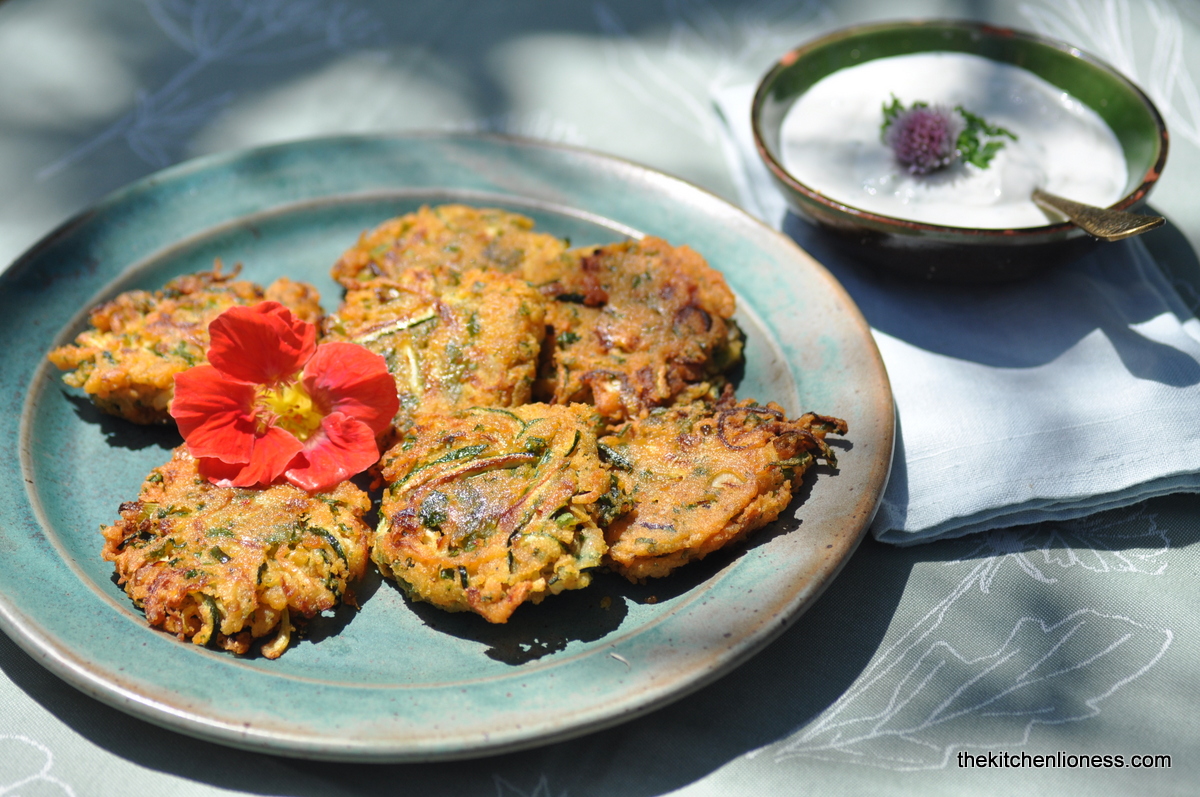 You are aiming for a crispy outside with lots of texture from the added onions as well as the parsley with the tender stems attached – make sure to give them a good two minutes per side, so they fry up to a nice golden brown crunchiness. 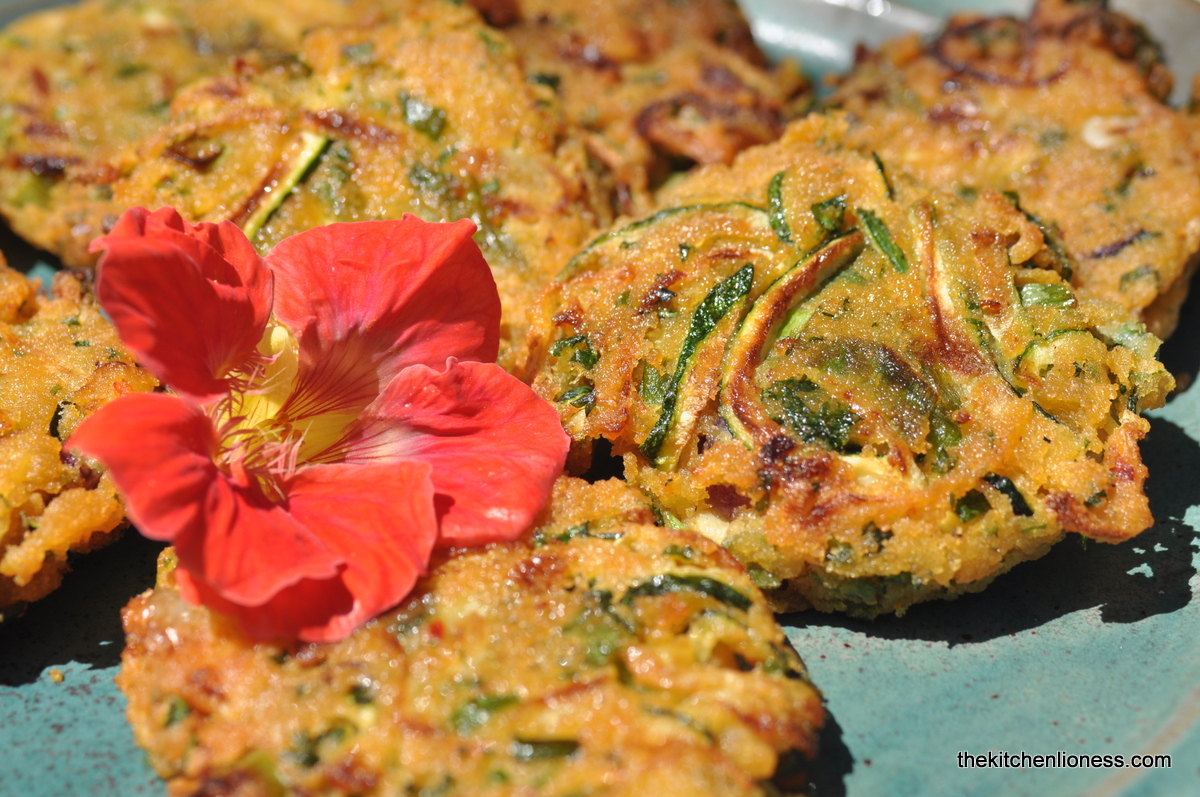 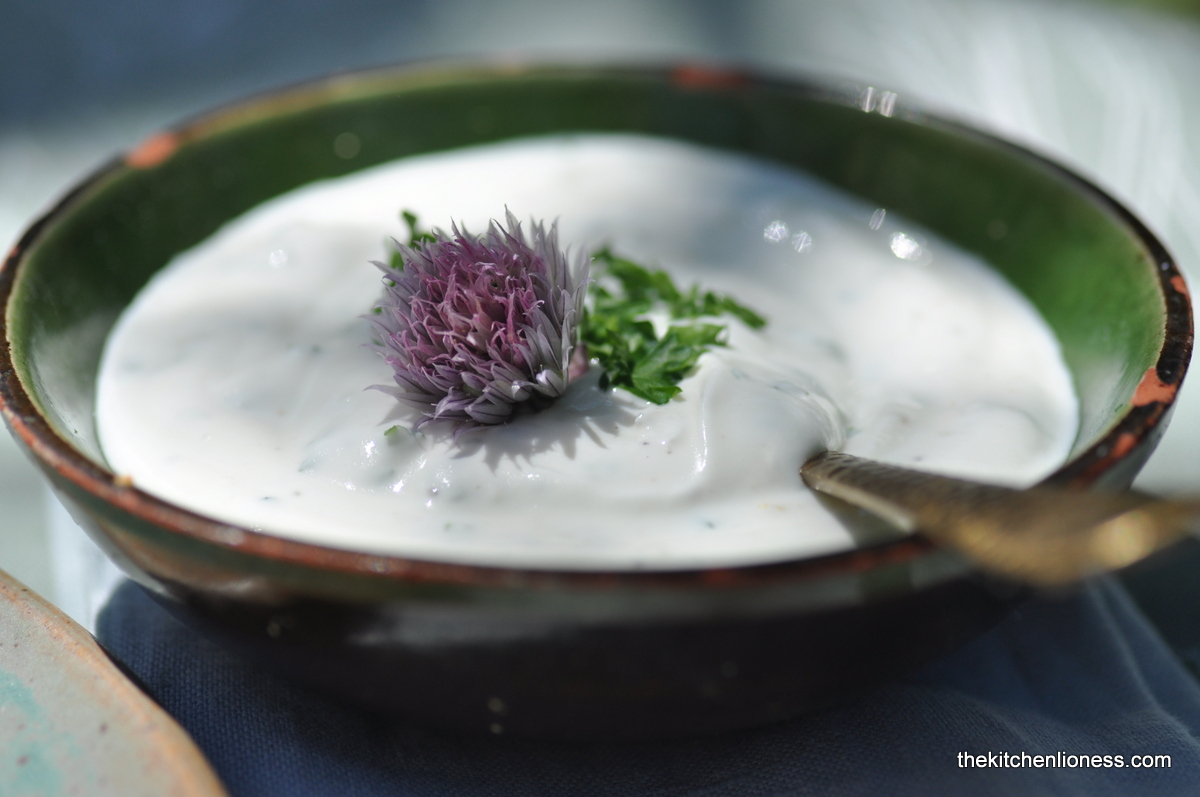 For the Lemony Yogurt 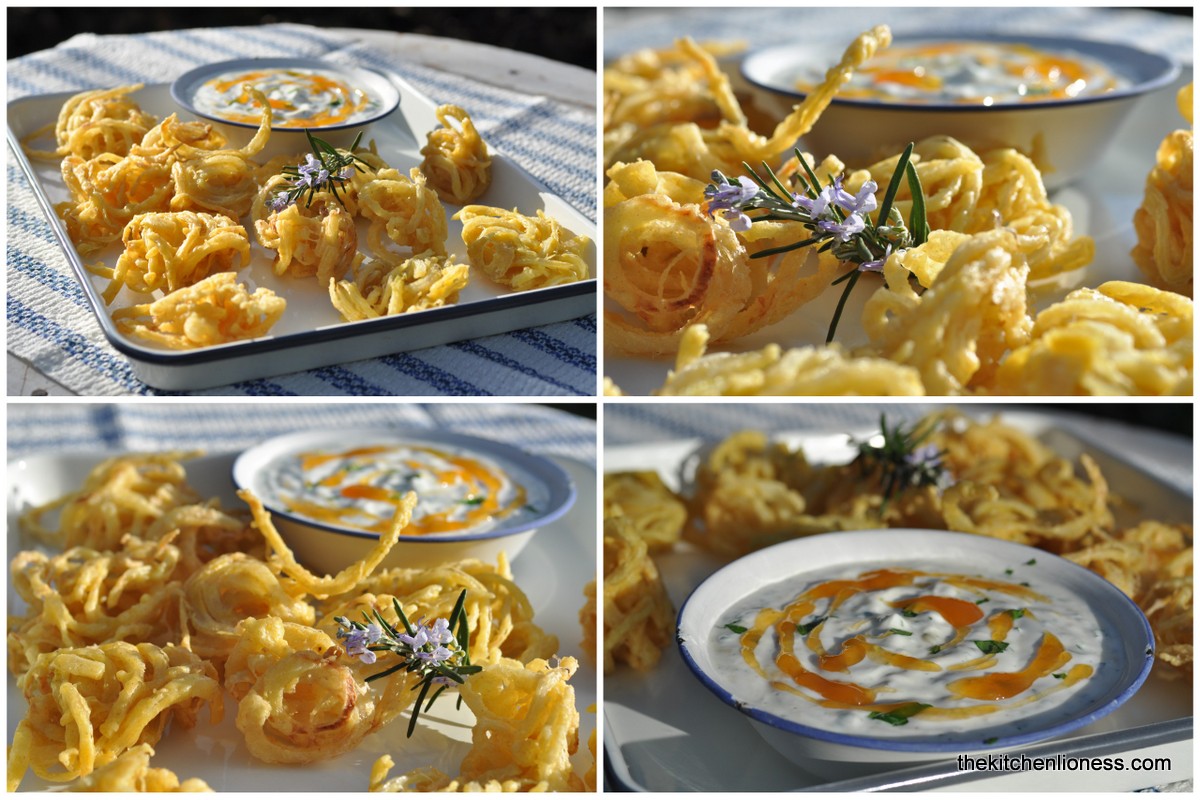 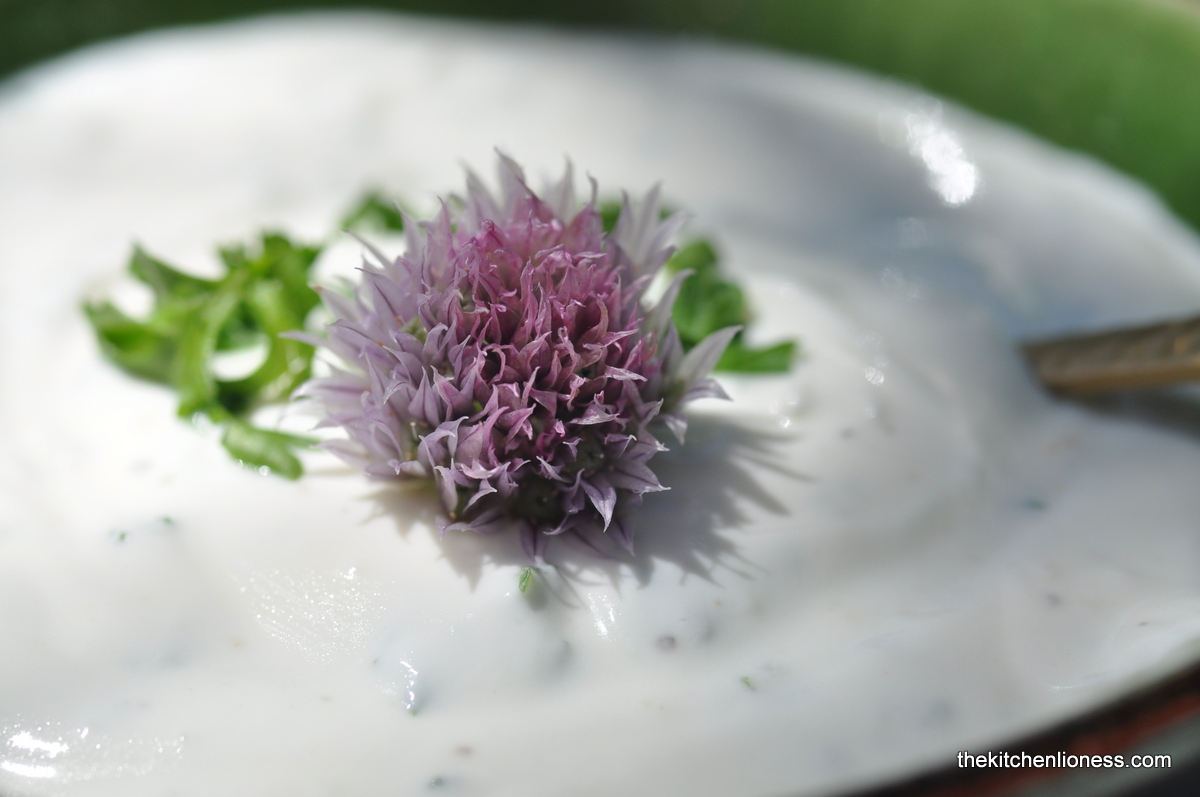 For more on the Onion Bhajis, pls take a look HERE.

For more on the Cauliflower Pakoras with Tamarind Raita, pls thake a look HERE. 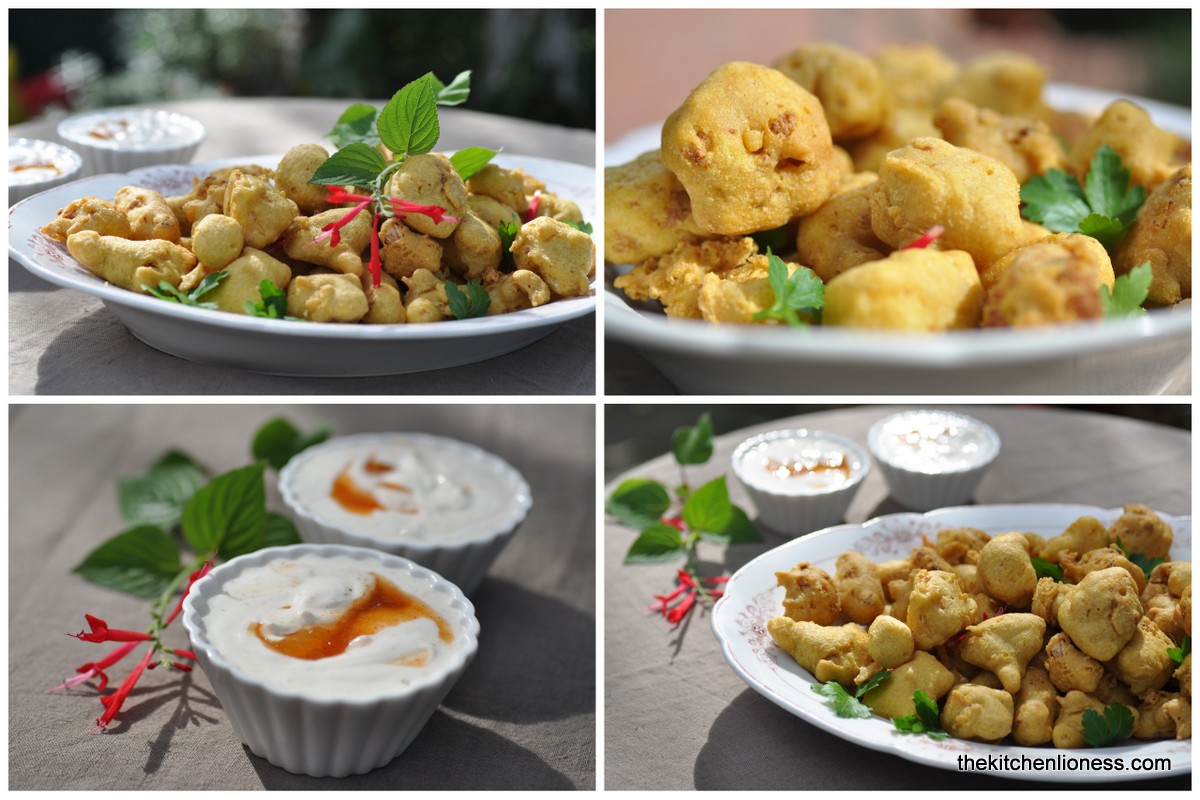