Well, since I first posted the two recipes for baked mini doughnuts, I was looking for an excuse to bake some more. The Mini Doughnut Pan is just too wonderful to resist. There are so many delicious doughnut recipes out there. 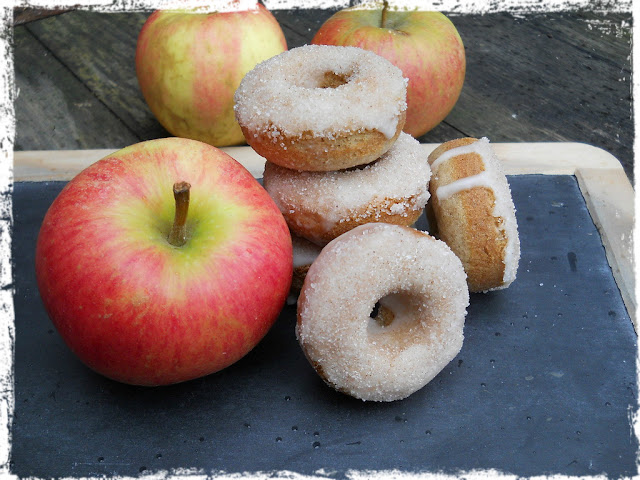 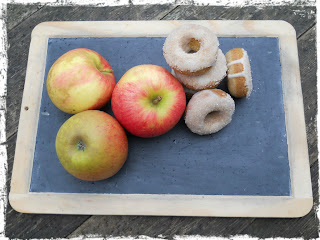 
I finally decided to give a recipe for Apple Spice Doughnuts a try.
The recipe includes fresh homemade apple sauce, apple cider and some warm spices like allspice and cinnamon.

The final touch is a glaze composed of confectioner's sugar, more allspice and cider and then the glazed doughnuts get a coating of cinnamon sugar. The doughnuts are best eaten while still a bit warm!