Hungarian Shortbread is today`s choice for the Tuesdays with Dorie baking group. Shortbread is a classic Scottish dessert and calls for only three ingredients, namely, white sugar, butter, oatmeal flour and no leavening agents. Today´s recipe was contributed by Gale Gand and deviates in a very good way from that traditional recipe – it is a “Hungarian” version and has a thin layer of homemade rhubarb jam between two layers of buttery and crumbly dough. 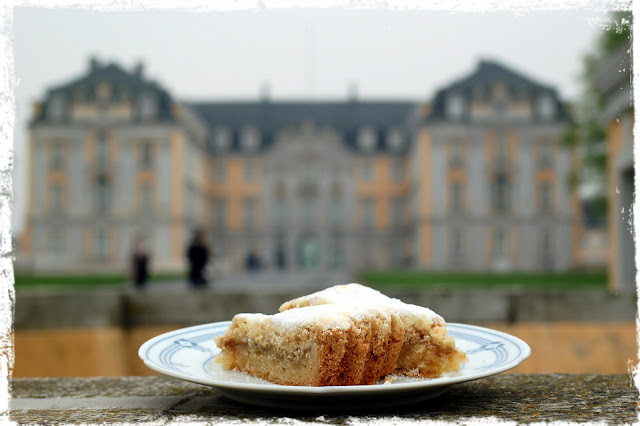 Shortbread was given its name because of its sandy/crumbly texture and it is traditionally formed into one of three shapes: either it is baked in one large round which is divided into segments very soon after baking, or it is formed into small round shortbread rounds or an oblong shape that gets cut into individual bars. The Hungarian Shortbread recipe calls for baking the dough in a 9- by 12- inch baking pan – I chose a French fluted tart pan with a high rim and a removeable bottom instead. When I prepared the recipe I ended up with double the amount of dough that would fit into the tart pan – so I just had to bake two shortbread rounds. I happen to like the round shape and the segments are easy to cut after baking. 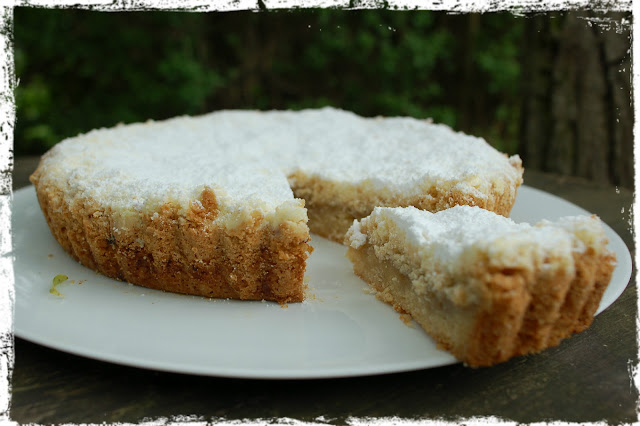 In order to get started you need some homemade rhubarb jam. At this time of year, rhubarb is widely available at the fruit and vegetable markets. It was not a problem at all finding some. Even got some organic rhubarb. The recipe for the jam is easy and quickly prepared. It contains nothing more than rhubarb, sugar, water and a vanilla bean. The jam can be cooled while you put together the dough and wait for it to chill in the freezer. 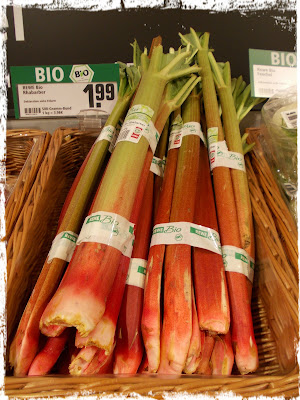 The dough is prepared with only six ingredients, namely flour, baking powder, salt, butter (used Irish butter for the Hungarian Shortbread…) egg yolks and sugar. After you have prepared the dough, freeze it for 30 minutes. Once the dough is firm, you grate half of it into the baking pan, pat the dough gently to get an even layer, then you drizzle the jam on top and finally grate the rest of the dough over the jam and the first layer of dough. The shortbread then gets baked for about 40 minutes. As soon as the shortbread is removed from the oven, you immediately have to dust it heavily with confectioner´s sugar. By dusting the shortbread while it is hot, the sugar melts somewhat and creates a bit of a glaze. You have to let the shortbread cool completely in the pan on a wire rack before cutting it into your desired shapes, wedges in my case. I did line the bottom of my tart pan with parchment paper, just to be sure the shortbread would release properly and not break.  Right before serving, you can dust it with a bit more with confectioner´s sugar and then, enjoy! 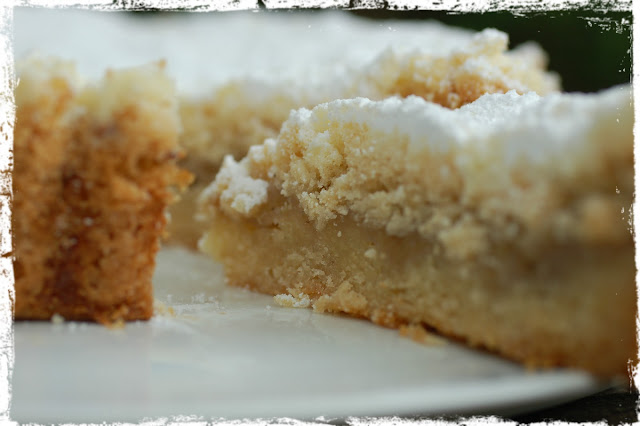 Since it is the first of May today, which means it is Spring festival time and a day off from school and work, we decided to drive to the Town of Brühl, about 25 kilometers (15.5 miles) from where we live. There we visited the Baroque “Augustusburg Castle” (1725) with its extensive gardens and a famous staircase by Balthasar Neumann (1740-46). 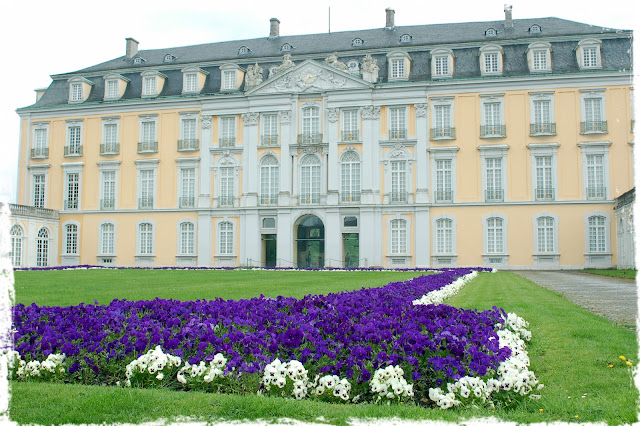 Within Augustusburg`s gardens is the smaller „“Falkenlust“ (1733), a hunting lodge, where Clemens August of Bavaria (1700 – 1761), a member of the Wittelsbach dynasty of Bavaria and Archbishop-Elector of Cologne enjoyed receiving guests in a more casual environment. There, he loved to serve hot chocolate, tea or coffee to his guests. 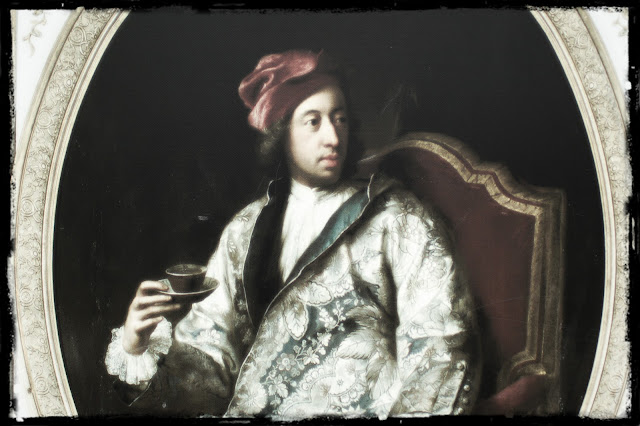 The Hungarian Shortbread would probably have been perfect to serve to his guests alongside the tea or coffee because it tastes wonderful. It has a pronounced buttery taste and crumbly texture and the rhubarb jam is a nice addition, not too sweet, just right. 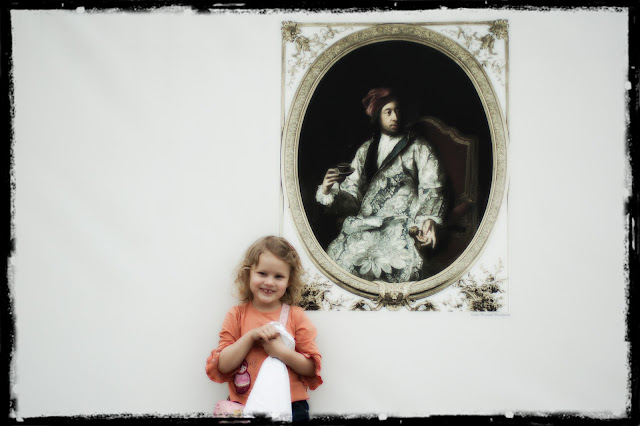 My family and all my guests greatly enjoyed it 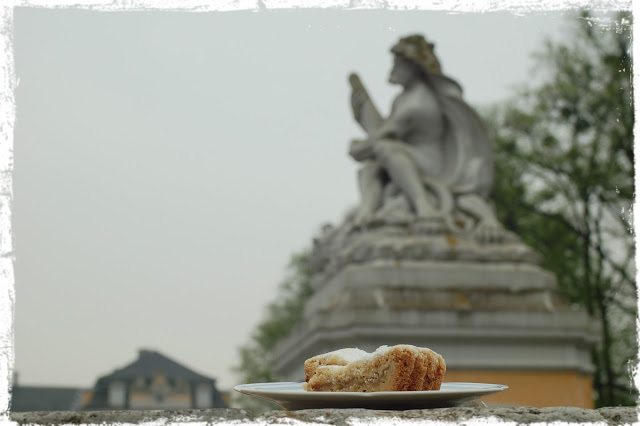 The castles were both designated a UNESCO World Heritage site in 1984 (http://whc.unesco.org/en/list)).


Today`s recipe is hosted by Cher Rockwell of The Not So Exiting Adventures of a Dabbler and by Lynette of 1smallkitchen. A big “Thank You” to our hosts!

To see how the other members of the Baking with Dorie group prepared the shortbread, please click here.

And for more information on the “Augustusburg Castle”, you can visit the website of the castle www.schlossbruehl.de. 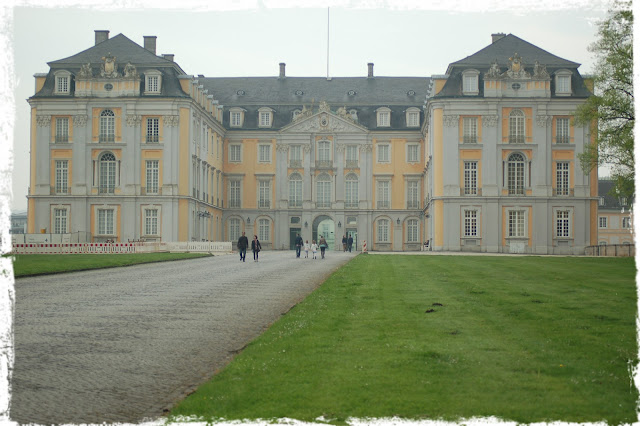