Today' s choice for the Tuesdays with Dorie baking group is "Pecan Sticky Buns" from the "Baking with Julia" book. The recipe was contributed by Nancy Silverton. 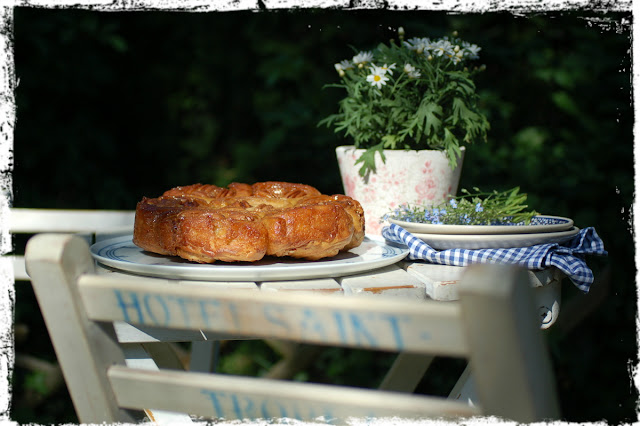 When I read the lenghthy recipe for the first time, I was intimated. This recipe needs some serious planning I thought. Somehow after what seems to have been a weeklong baking marathon, the last thing I wanted to do was bake some more.

Baking for two children' s birthday parties, two sets of classmates and two more celebrations was all  I could handle, or so I thought. After rereading the recipe, I decided that I needed some notes to guide me. And although the recipe seems to be rather long, I realized that it can be easily broken down into a few clear steps.

After dinner, I prepared the brioche dough and while the sponge rested, I did some ironing, then during the time the dough needed for its first rise, I watched a Skandinavian thriller ( although I love to bake I was glad that for an hour and a half I did not have to think about the dough). The last step for the day was the second rise/chilling the dough, so after I put the dough in the fridge I went to sleep. Next day I rolled out, chilled again, buttered, sprinkled filling,  rolled out again, formed the chilled dough into a log, put it into the freezer for a while and then let it rise again. 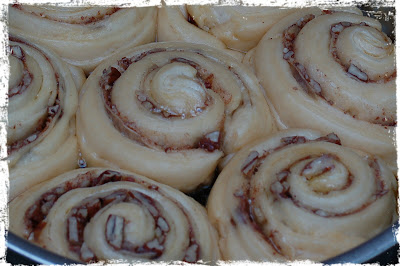 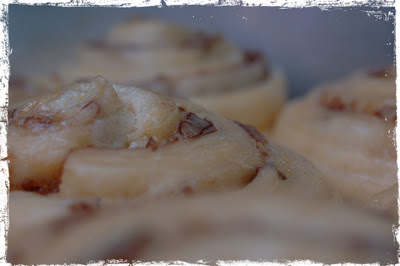 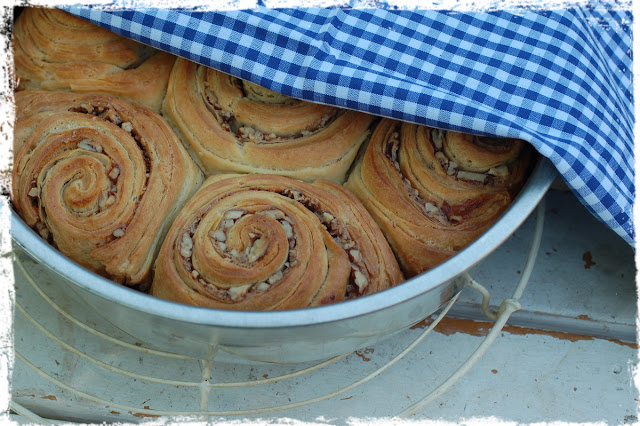 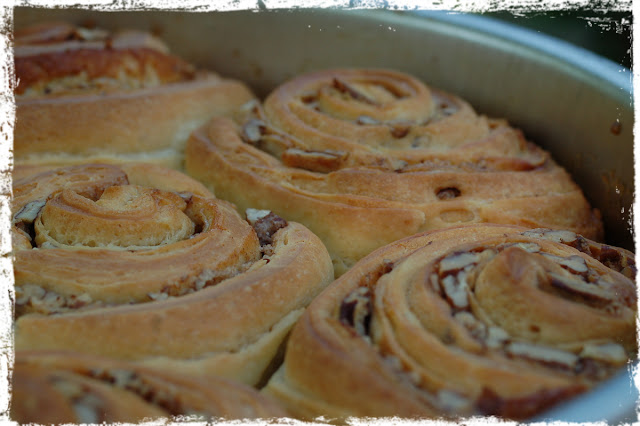 After all these different steps, I just held my breath for a while hoping that the pecan buns would release easily from the baking pan and taste as good as they smelled while they baked. 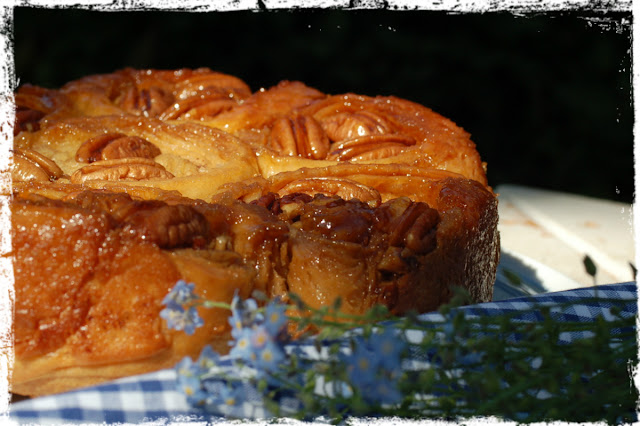 The pecan buns did release nicely from the pan and when we pulled them apart, the brioche dough was buttery, flaky and just delicious. 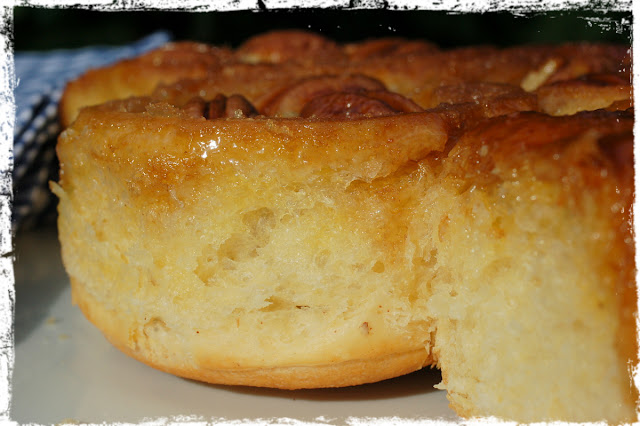 I did freeze half the dough and baked only seven buns and that turned out to be the right decision. Two pans with pecan buns are wonderful but I believe they should be eaten the day that they are made and half the recipe was perfect for us for one day - besides I was so concerned that the pecan buns would not turn out like they should, that I bought fresh strawberries as a sort of "back- up". We ended up eating both, the pecan buns and the strawberries and so I was glad that I put half the dough in the freezer. 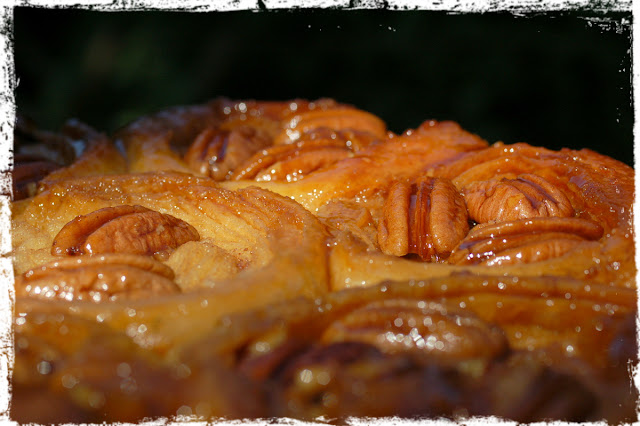 It is interesting that after being somewhat overwhelmed by the recipe at first,  the most difficult task was not preparing the dough but finding the pecans (finally found them at a health food store) as well as the proper baking pan. While I have way too many baking pans already, the one I did not have was a 9 inch round pan with "high sides" - none of the stores that I went to carries them and I ended up having to order a special "cheesecake pan" (round, non removeable bottom and high sides). At least, next time I bake a cheesecake, there will be no more wrapping the pan with aluminium foil.

In conclusion, I am glad that I took the time to prepare the pecan sticky buns. It was a bit of a challenge timewise but well worth the extra effort - my taste testers agreed and honestly, what could be a nicer reward for such a hectic week than sitting in the garden on a sunny late afternoon and enjoying these wonderful pecan buns while they were still a bit warm... 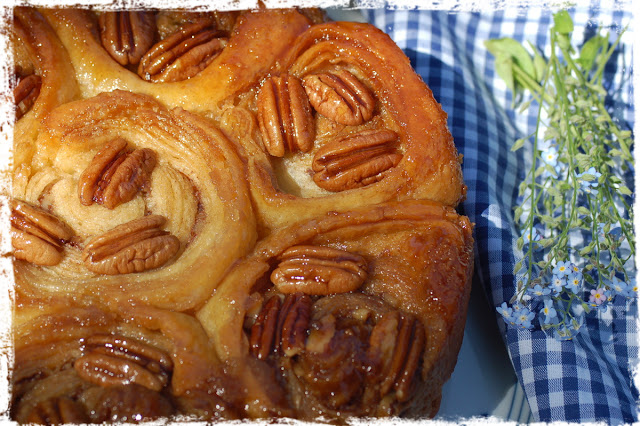 Today's hosts are Lynn of Eat Drink Man Woman Dogs Cat and Nicole of Cookies on Fridays - a great big Thanks to our hosts!

To see how the other members of Tuesdays with Dorie prepared the Pecan Sticky Buns, please click here.