Dragons dancing around the Cologne Cathedral


On the occasion of the Chinese New Year, the City of Cologne (Germany) and the Consulate General of the People's Republic of China organized numerous festivities in and around Cologne last year. This was to celebrate 25 years of twinning between Cologne and Beijing as well as 40 years of diplomatic relationships between China and Germany. 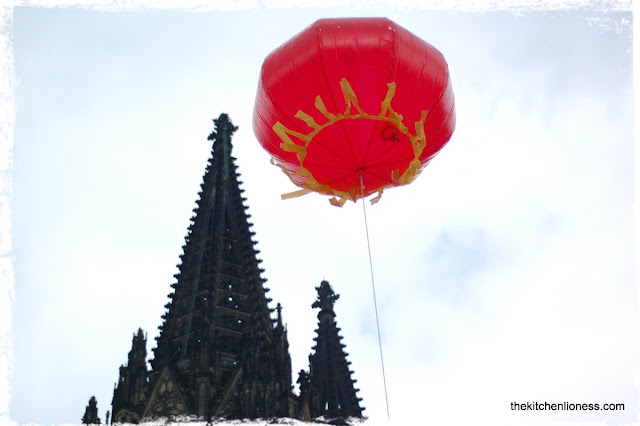 A Chinese market was open to visitors on Roncalli square,... 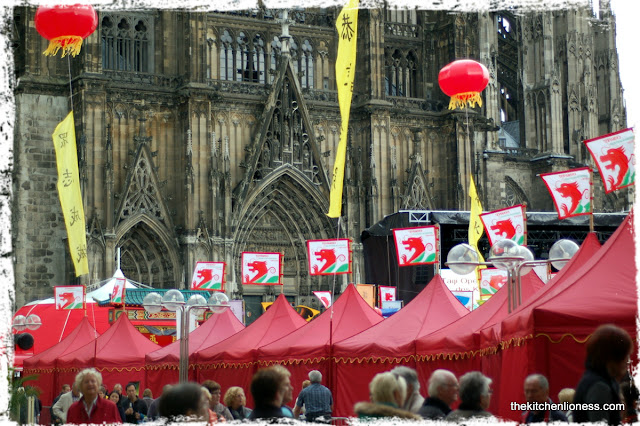 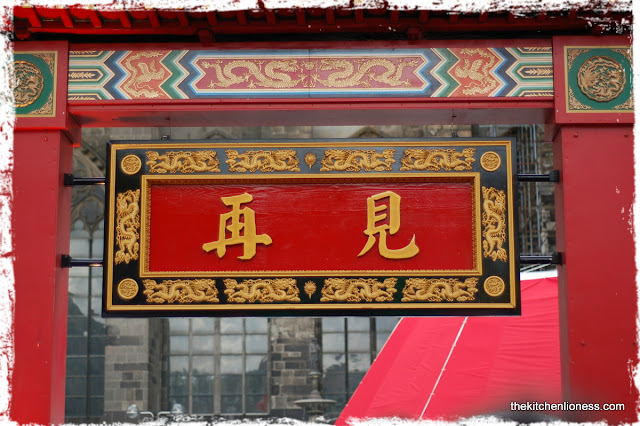 I loved watching the making of Chinese hand-pulled noodles by these talented cooks from a local Chinese restaurant. 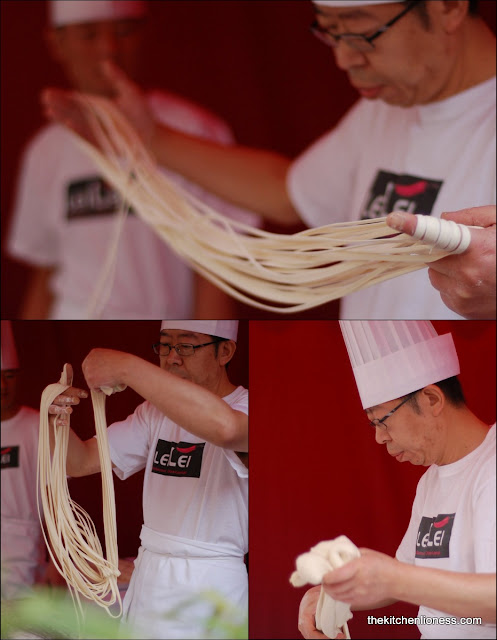 Another one of the cultural highlights was a show by the "Museum for East Asian Arts" ("Museum für Ostasiatische Kunst"). An exhibition under the title of "Glory of the Chinese Emperors: Art and Life in the Forbidden City" ("Glanz der Kaiser von China") brought a fine selection of treasures from the Chinese emperor's courts dating back to the 17th and 18th centuries to the City of Cologne. 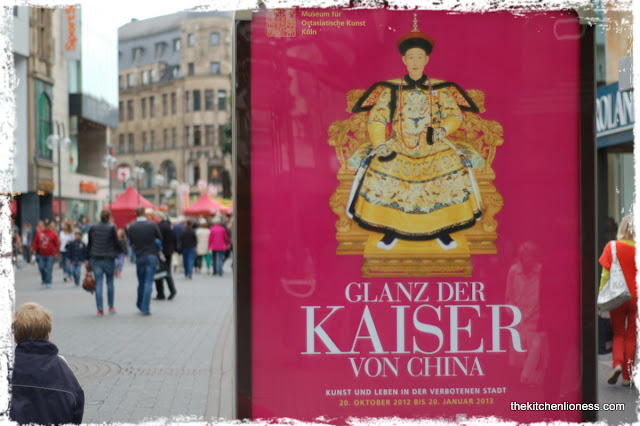 Amazing carving of fruitts and vegetables. Look at the birds and the dragon. 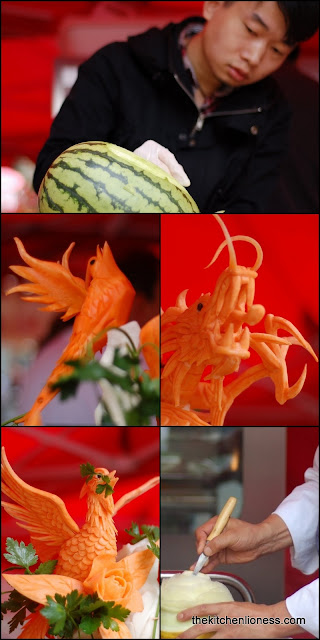 But the most amazing photo opportunities arose with these colorful dragons... 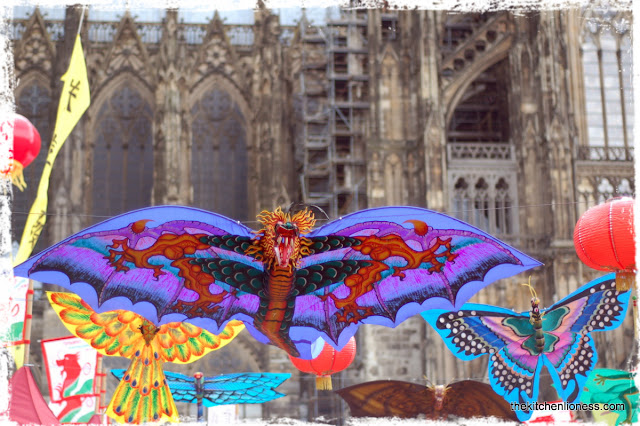 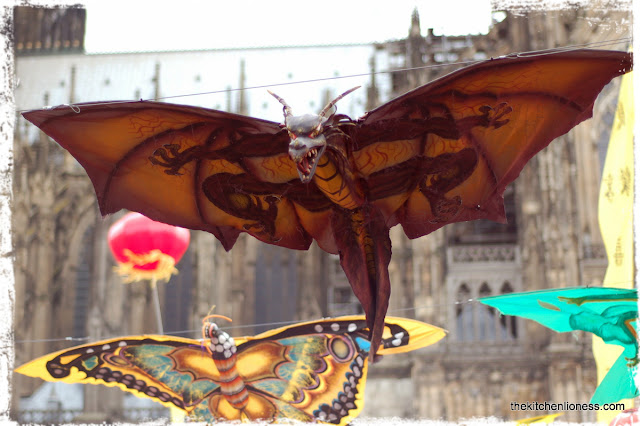 ... around the Cologne Cathedral... 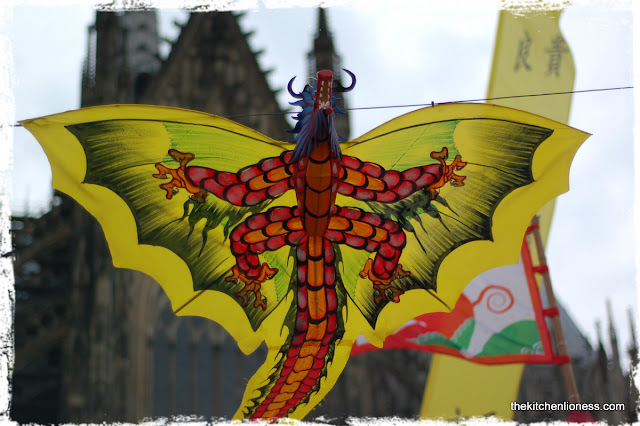 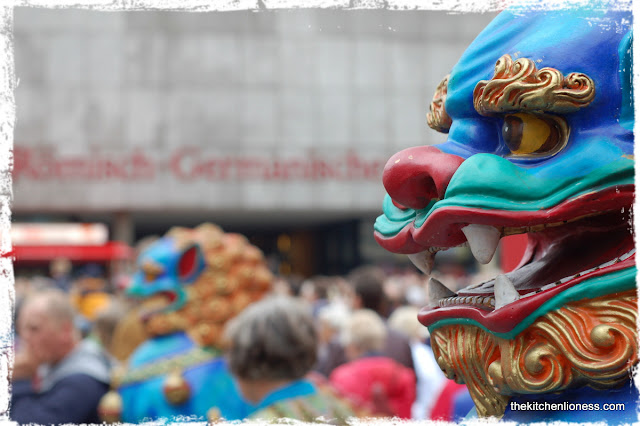 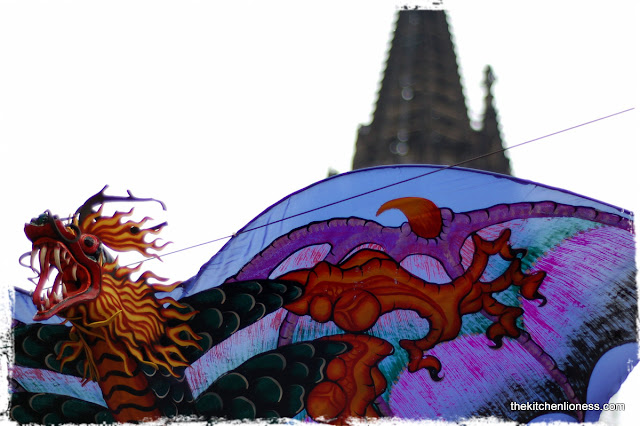 For more information about the Cologne Cathedral (Kölner Dom):

And the Listing of the Cathedral in the World Heritage List: