Santiago de Compostela in Galicia, Spain is rather famous for being an important destination for religious pilgrims. But Galicia also has its own incredibly delicious tart. Santiago de Compostela gives its name to the almond and lemon tart called Galician Almond Tart or Tarta de Santiago (literally meaning cake of St. James).

The first documented reference dates back to 1577 when Pedro de Porto Carrero visited the University of Santiago. It was a similar recipe but the name was different then, it was called Torta Real, which means Royal Cake. 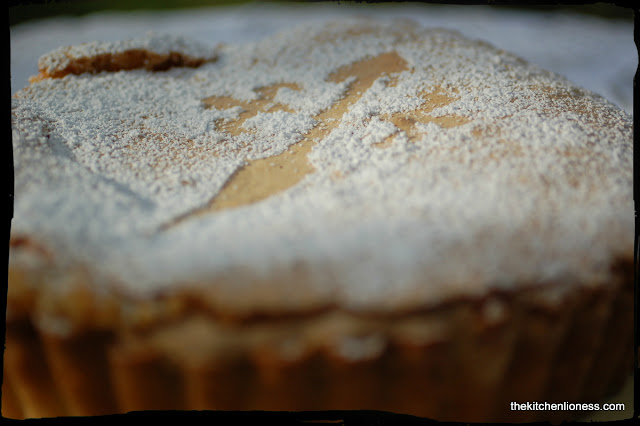 However it seems like it was not  until the 20th century that the Tarta de Santiago became knownn outside of Galicia. It gained fame thanks to Saint James' Way, which is the pilgramage to the cathedral of Santiago de Compostela. The pilgrims on this route must have really enjoyed a slice of this tasty Spanish cake after their long journey and upon returning home, are likely to have told their family and friends about it. To this day, the cake is most commonly eaten throughout the month of July as well as the first week of August as the Santiago the Apostle's day is celebrated on the 25th of July.

It is a delightful, light dessert that is relatively easy to make. As mentioned above, the recipe dates back to the middle ages and although there are many subtle variations such as adding orange zest instead of lemon zest, the basic filling of almonds, sugar and eggs has remained unchanged over the years. 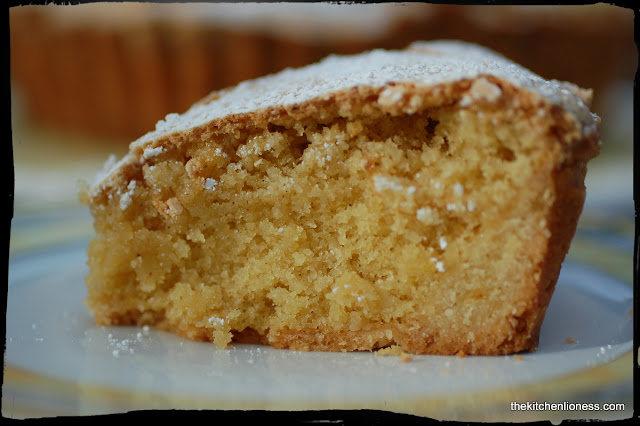 Pilgrims and tourists who visit the great Cathedral of Santiago de Compostela in Galicia, where the relics of the apostle Saint James are believed to be buried, see the cake in the windows of every pastry shop and restaurant. This wonderful almond tart is traditionally presented by sifting icing sugar… 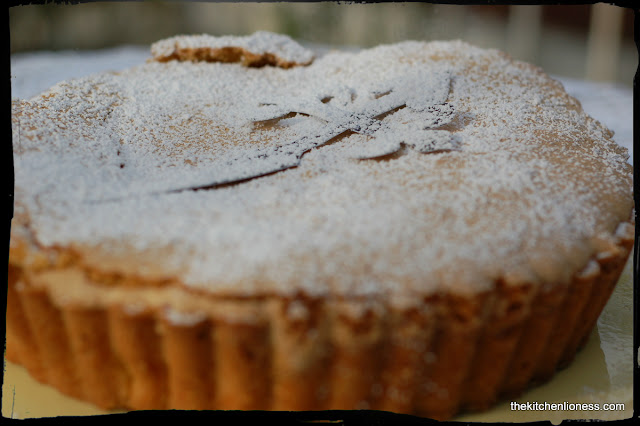 … to reveal the Cross of the Order of Santiago (cruz de Santiago) which gives the tart its Galician name.

The sign of the cross that decorates the top of the tart did not appear until 1924, when Jose Mora Soto from Santiago de Compostela decorated his cakes with the silhouette of Saint James' cross. According to his descendants, he was looking to give the traditional product a different touch. This idea was proved to be so successful that it was copied by other Compostelan pastrycooks and spread throughout the whole of Galicia. 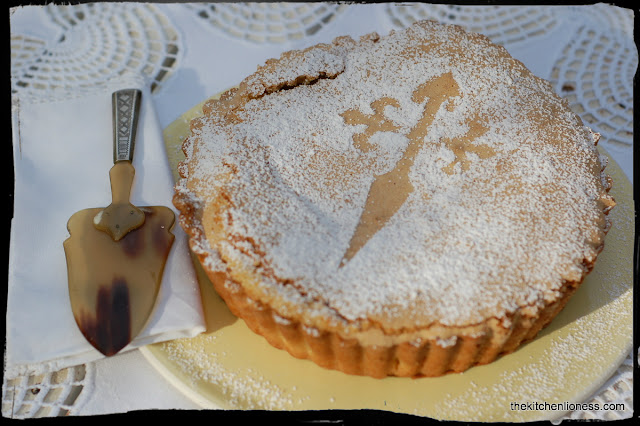 The cake can be baked in many sizes, big and small, thin and thick, over a pastry tart base or without a base.

In Santiago de Compostela it is served in a pastry shell, but the filling holds up as a cake on its own. My deliciously moist and fragrant homey version is baked with a nice shortcrust pastry base. And there is a little cinnamon added, which I think adds a nice and delicate flavor to the lemon zest and almond meal, the two main ingredients of this tart. While there is some flour in the shortcrust pastry, there is no flour in the filling, the beaten eggs provide the only raising agent. 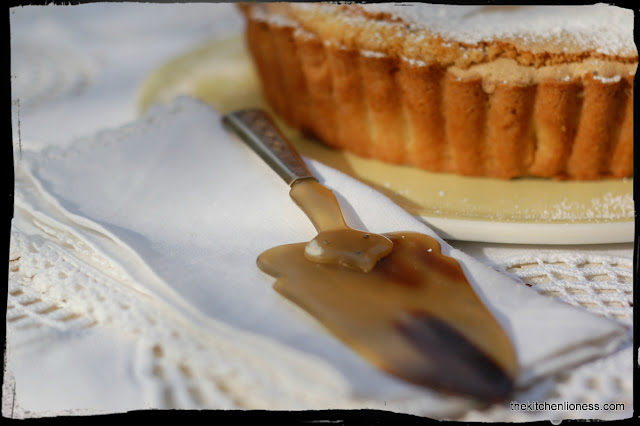 Ingredients for the Shortcrust pastry

Ingredients for the Almond Filling 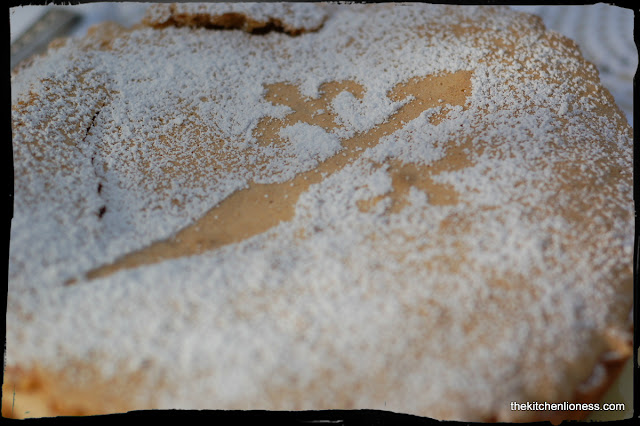 Preparation of the Shortcrust pastry 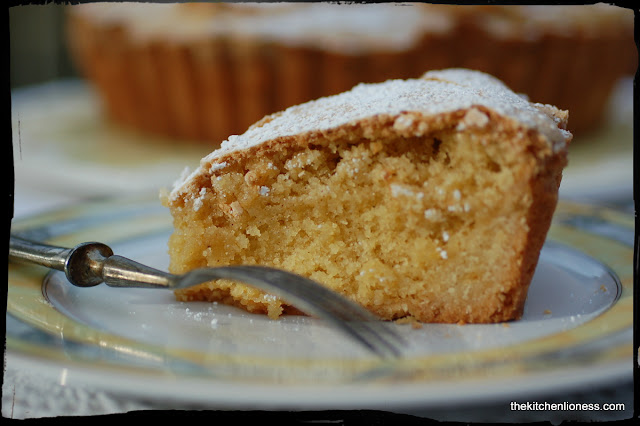 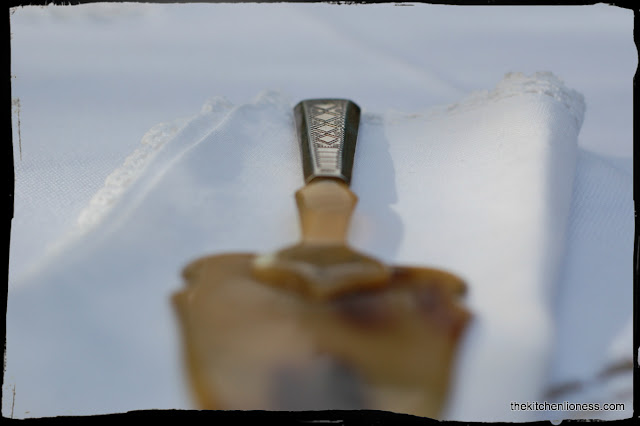 This cake is great for serving with a typically Spanish style Café con Leche (coffee with milk). But of course, it also makes the perfect end to any Spanish meal. It is often also often accompanied by a glass of sweet wine or a dessert wine.

My husband had asked me for the longest time to bake this tart - once he had tasted a piece of this traditional Galician pastry while visisting Santiago de Compostela many years ago, he was a real fan. Over the years he would always tell me that this was an almondy, sweet treat with the St. James Cross gracing its top. Finally, this week, I had a chance to bake this Galician specialty and I am quite glad that I did because this is a wonderfully moist almond tart. It looks pretty when served and it is a breeze to prepare. If you want, you can even bake this tart without the shortcrust pastry. And it tastes even better the day after it was baked - as is the case with many cakes containing ground nuts.

It is also noteworthy that in May 2010, the EU gave the Tarta de Santiago the so-called PGI ( protected geographical indication) status within Europe. Meaning that to be called a true Tarta de Santiago for marketing, the entire product must be traditionally manufactured within the specific region of origin.

Following is a template of the Cross of St. James which can be used to decorate this fabulous Galician tart.