Monschau Mustard is widely known as Moutarde de Montjoie. On a visit to the Historical Mustard Mill Monschau founded in 1882, one can learn how mustard is made from mustard flour and various addititional ingredients. The Moutarde de Montjoie has been produced in the Monschau Mustard Mill for more than 120 years and to this day the mustard is manufactured using traditional methods. Today the fourth and fifth generation of owners runs this family-owned enterprise. 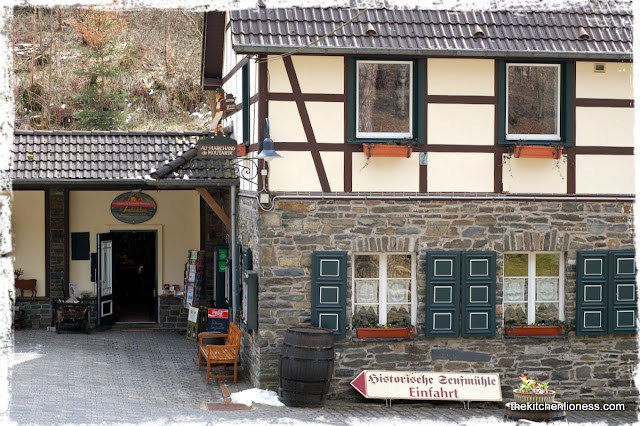 Originally powered by a water wheel, the mill has undergone numerous changes but is still operated with the old belt transmissions. 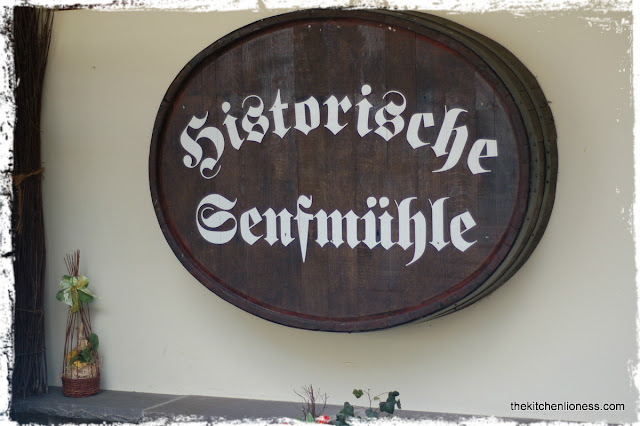 The Mustard Mill is famous across borders because of the 19 different varieties of mustards and mustard blends that are manufactured there. 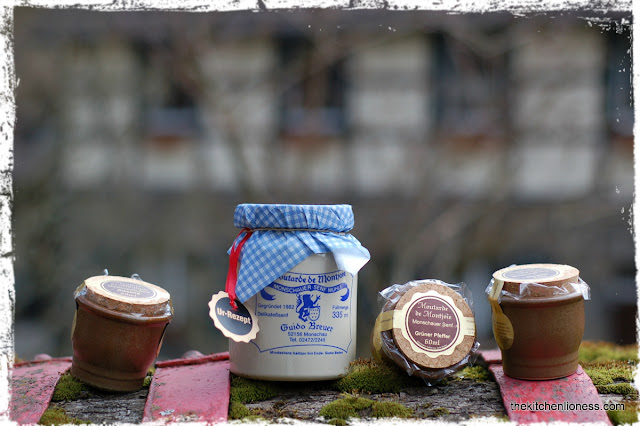 Aside from the original mustard called “Ur-Rezept”, a mustard that goes well with almost any dish, cold or hot, visitors can also taste about 18 other creations and buy them in the adjoining shop that also carries quite a few other regional specialties such as jams, chutneys, brandies and such unique products as mustard liquors and mustard chocolates. There is also a wine cellar that carries a vast array of wines. 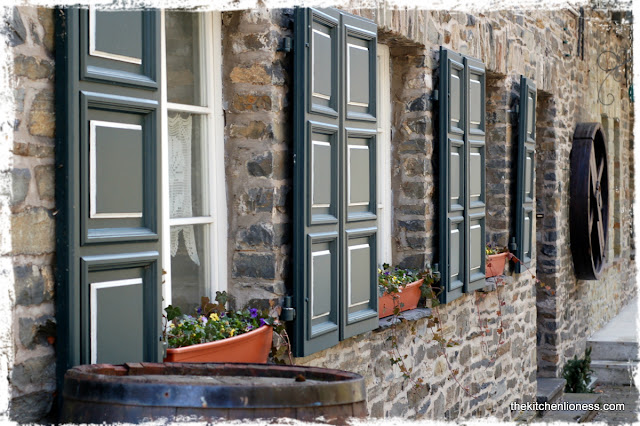 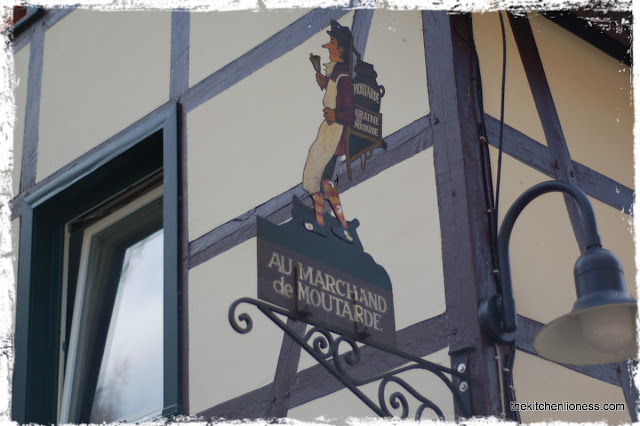 The mustard seeds that are the main raw material for the manufacture of the Moutarde de Montjoie, come from Canada, Sweden, Eastern Europe, as well as Asia. A distinction has to be made between yellow and brown mustard seeds, the typical sensation of "heat" on the tongue is more pronounced in brown mustard seeds than in the yellow variety. The ratio between brown and yellow seeds as well as the other added flavoring ingredients will thus determine how fiery or mellow of a mustard or mustard blend the creation will turn out to be. 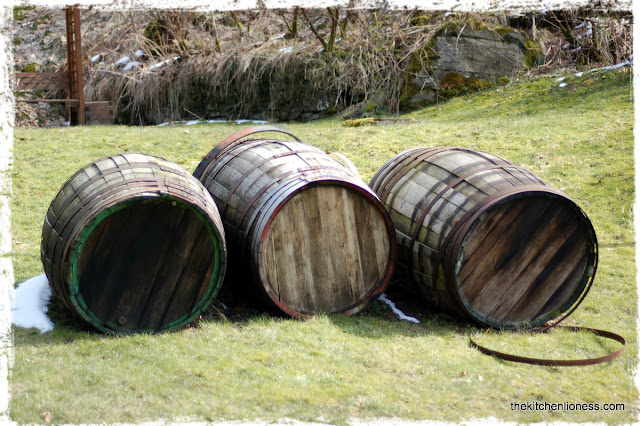 Historically, mustard was established as an indigenous crop, initially in Germany and in France, by around the 10th century. British cuisine discovered it in the 12th century. In the 13th century, new mustard mixtures were developed specifically by the French in the city of Dijon, which has since remained renowned for its mustard. 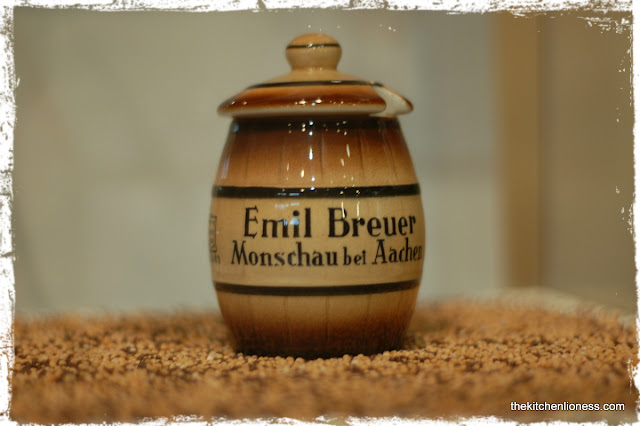 The Dijon recipes were special because of the French practice of mixing the ground seeds with “must”, the young, unfermented juice of wine grapes, thus substituting the vinegar traditionally used in blending mustard. The French “moutarde”, the English “mustard”, and the German “Mostrich” all reflect this particularity. 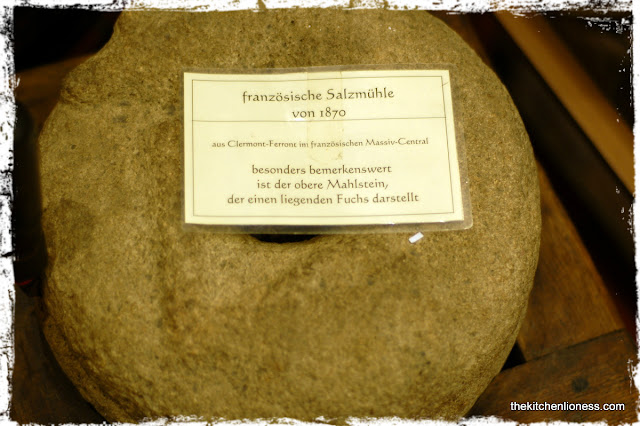 There is also a Restaurant next to the Historic Mustard Mill called “Schnabuleum”. It is a lovingly restored restaurant that seats up tp 56 guests on two floors and an outdoor patio. While there, you can sample a variety of mustard dishes and numerous regional and seasonal specialities prepared by chef de cuisine Heinrich Leipold and his team. 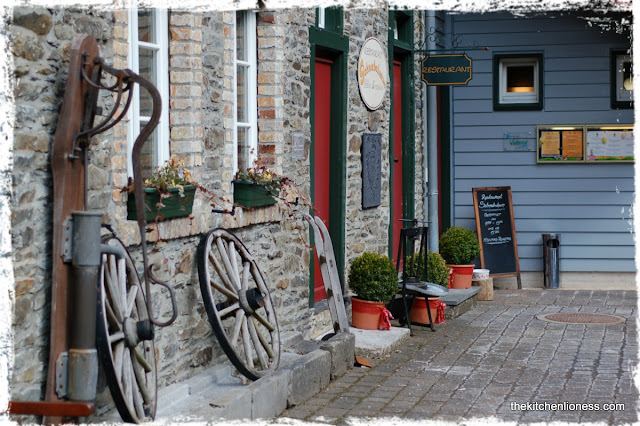 The delightful menue in the Restaurant includes such creative dishes as Monschau cream of mustard soup (Monschauer Senfcremesuppe), char with a mustard-thyme crust (Saibling unter einer Senf-Thymian-Kruste) or for dessert a honey poppyseed mustard parfait (Honig-Mohn-Senf-Parfait). 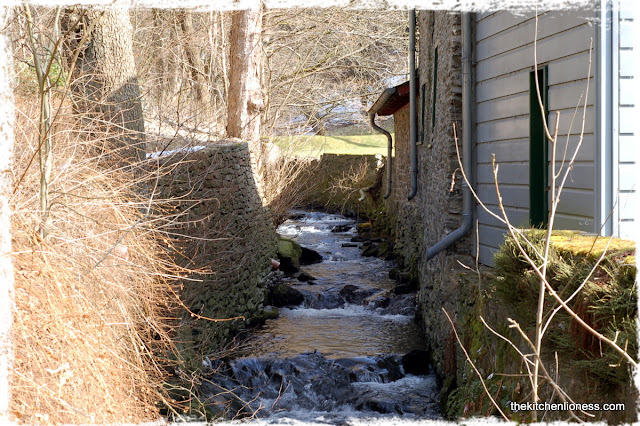 For more information on the Historic Mustard Mill Monschau and the Restaurant Schnabuleum, please click here: 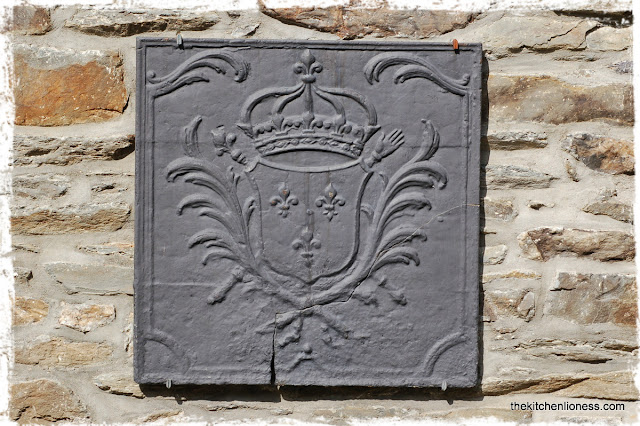