Today's recipe for the French Fridays with Dorie group is "Crunchy Ginger-Pickled Cucumbers". When I read the recipe for the first time, all I could think of was that a recipe for pickled cucumbers reminds me of dishes prepared in the Fifties. I could not shake that "Fifties feeling" for quite some time and that is what inspired my first photo for this post...(the pickled cucumbers on that table were prepared by me and the picture was taken by me at a store). 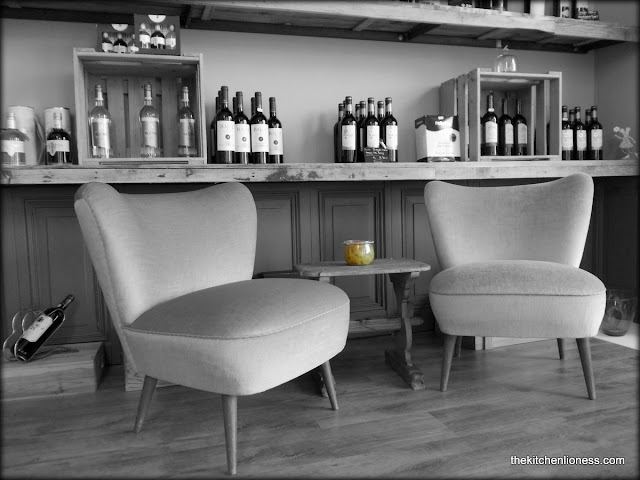 The recipe for the pickled cucumbers has a short list of ingredients, apart from cucumbers, all you need is some sea salt, ginger, vinegar, sugar, red pepper flakes, and, just before serving, some fresh herbs.

For the cucumbers I chose small and very tasty ones from my favorite organic farmer's market. The rest of the ingredients were in my pantry.

Dorie states in her recipe that one could use either white vinegar or "if you're feeling a bit exotic, seasoned rice vinegar". Since I was not all that crazy about these two choices, I decided to go to a wonderful Oil and Vinegar Store to chose a special vinegar for this dish. The very knowledgeable owner asked me for the ingredient list of the recipe and decided that I should try a few different vinegars that would harmonize well with the cucumbers and the ginger - I cannot say that I ever took part in a vinegar taste test before but it certainly was a fun experience and I learned a lot of about the different vinegars.  I tasted a few drops of vineyard peach vinegar, walnut honey vinegar and riesling vinegar, to name but a few, and finally, with a little bit of prompting, settled on some wonderful fig vinegar (www.acetoria.de). 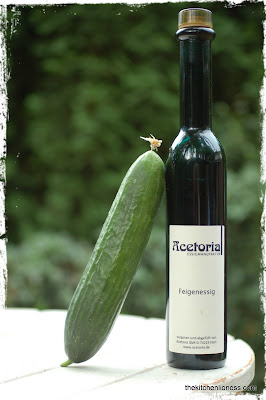 The cucumbers were so easy to prepare and after I pickled them in the morning, I put them in the fridge for a few hours to let the flavours develop further. 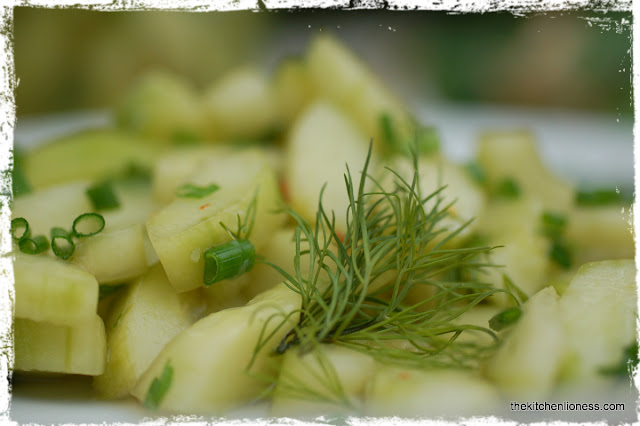 I love serving food in Weck glasses, small ones, big ones, I just adore the way the food-filled canning jars look like and I use my Weck jars quite often not just for canning but also for presentation/serving purposes. 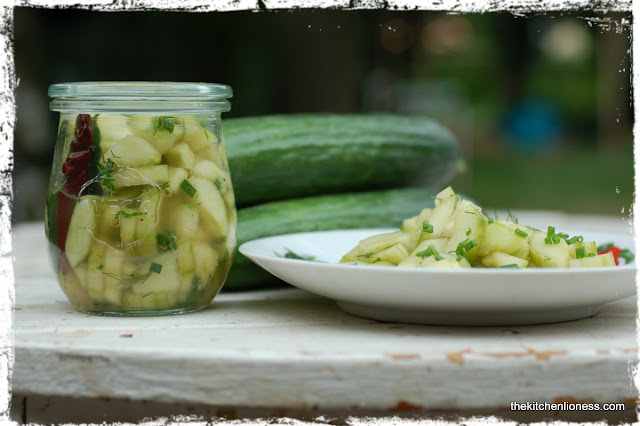 We liked this recipe, the cucumbers tasted fresh and unusual, the ginger lend some bite to this dish, the fig vinegar harmonized wonderfully with the rest of the ingredients and I am glad that I gave this vinegar a try.

The fresh herbs that I added just before serving (dill, chives and Italian parsley) not only added some more flavor but also color to this dish. And just because I liked the way it looked, I also added one fresh bayleaf from my small laurel tree and one small dried chili pepper to one of the jars. I still have a lingering "Fifties Feeling" ... 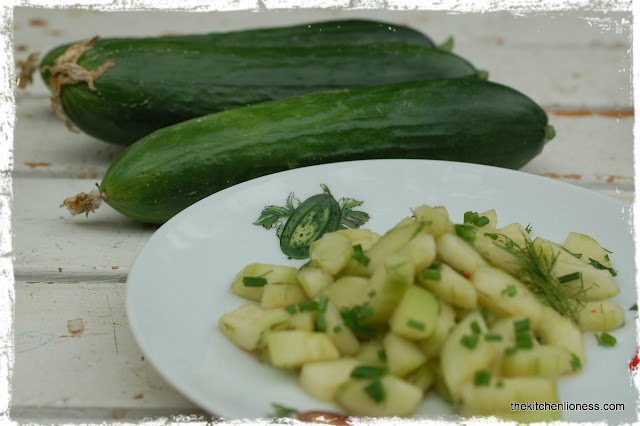 To see how "exotic" the other Doristas felt when preparing the Crunchy Ginger-Pickled Cucumbers, please click here.