This week´s recipe for the French Friday`s with Dorie group is Lemon Barley Pilaf. My grandmother used to put pearl barley (“Perlgraupen”) in her soups and I used to love the taste and the texture of the barley. I still do. There are two different kinds of pearl barley available in the stores, you can choose between fine or coarse barley. For this recipe I bought the fine barley – personal preference and it looks a tad more elegant. 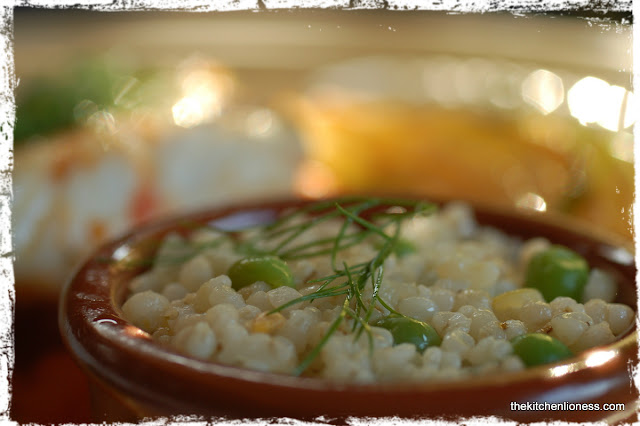 There are only a few steps involved in the preparation of this recipe. You start by sautéeing the onion in a tablespoon of unsalted butter, then you add the barley to the onion and cook it for a few minutes. Then you cook the barley further by using homemade chicken broth and water. To the broth you add the bay leaf, simmer for 30 minutes, stir in the peas, scallions, lemon zest or, in my case, lemon olive oil, salt and pepper to taste and you are done.

I believe the most difficult step when preparing this recipe was to decide what to serve the pilaf with. I decided to serve it alongside perch with tomatoes and fennel. The taste testers loved their lunch and really liked the pilaf with the fish. 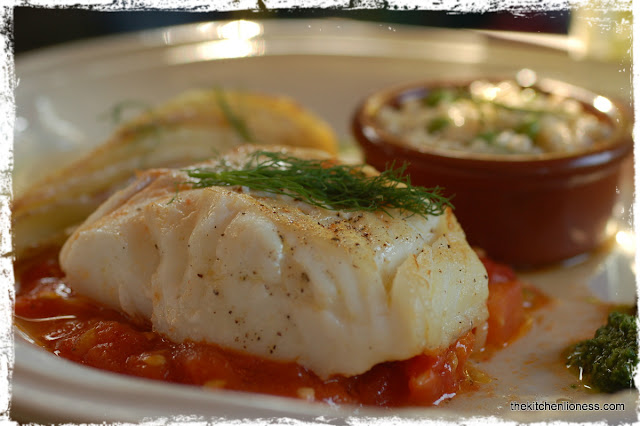 Perch with Tomatoes and Fennel 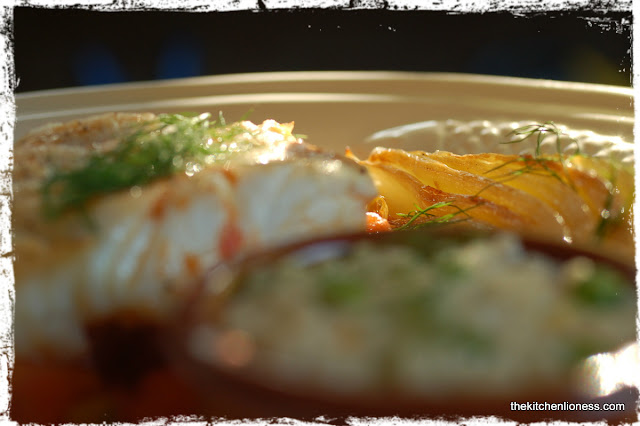 1. In a large skillet heat the oil and add the fennel. Cook, stirring frequently, until nicely browned, 6 to 8 minutes then season the fennel with salt and pepper.
2. Add the garlic and cook just until fragrant, about 30 seconds. Set aside.
3. In the same skillet, add the tomatoes and cook, stirring frequently, until they begin to soften and release their juices, 5 to 7 minutes.
4. Briefly brown the fish on both sides (about one to two minutes per side).
5. Take the perch out of the pan and place it on top of the tomato mixture and season with salt and pepper.
6. Cover and cook until the fish is just done, about 8 minutes (depending on how thick the pieces/fillets of fish are). You could also transfer the pan to the oven instead.

To serve, divide the tomatoes and fennel among four plates, top with perch and sprinkle with fennel fronds, if desired. And do not forget to serve the wonderful lemon barley pilaf alongside! 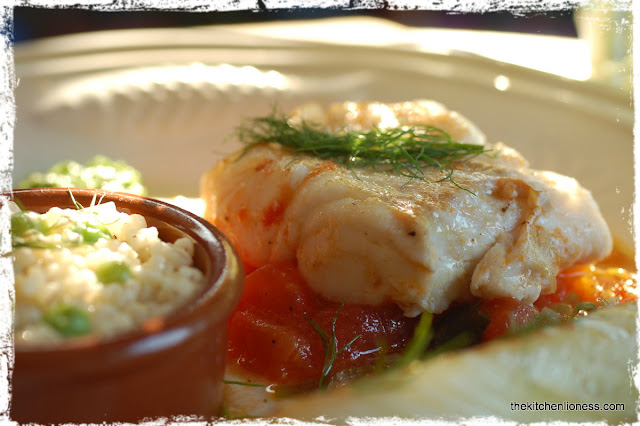 We all enjoyed the taste of Dorie´s  lemon barley pilaf very much. But I guess, once again, we are not the most impartial of taste testers because we like barley served as a side-dish, we like it in our soup and we like it cold as a salad.

This is a recipe that is easy to put together and it leaves a lot of room for some wonderful “interpretations” such as adding different seasonal veggies, some leftover chicken, herbs from the garden, etc. So, yes, I will be making this again. 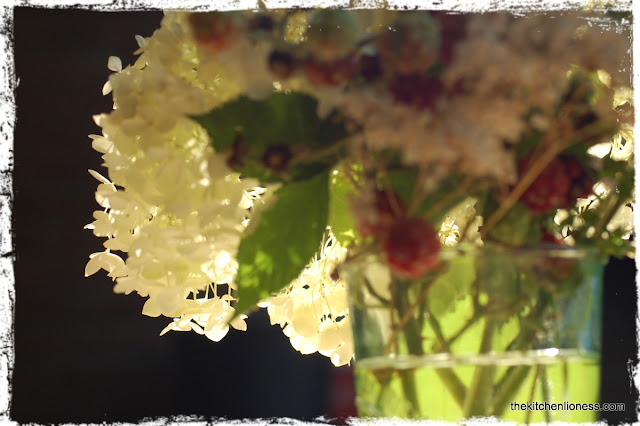 Have a great weekend!


To see how the other creative Doristas prepared the Lemon Barley Pilaf, please click here.