Today´s recipe for the Tuesdays with Julia group is French Apple Tart. 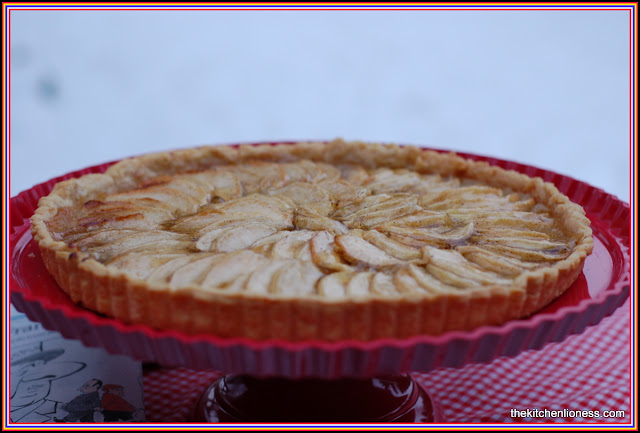 This classic  recipe was contributed by Leslie Mackie. As with all tarts, there are a few steps involved in this recipe that require a bit of advance planning. The first step is the preparation, chilling, and blind baking of a Flaky Pie Dough. The recipe calls for all purpose (plain) flour, salt, butter, vegetable shortening and ice water. I used all butter and found the dough very easy to work with. The second step is the preparation and cooling of a baked Apple Compote using delicious tart Granny Smith apples, white sugar, a bit of all purpose (plain) flour, some ground cinnamon, fluffy fresh bread crumbs and some lemon juice. 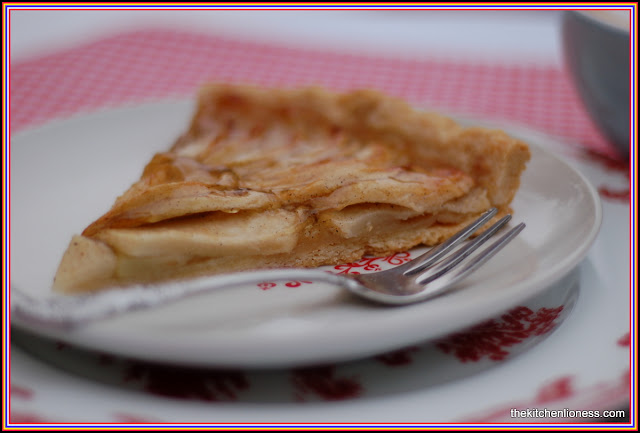 The third and last step is the preparation of the very pretty Apple Topping using more wonderful thinly sliced Granny Smith, freshly squeezed lemon juice, melted unsalted butter and some white sugar. The assembly and baking of the tart calls for spreading the cooled Apple Compote in the pre-baked and cooled tart shell. Then you arrange the apple slices in a circular pattern on top of the Compote, brush the apple slices with melted butter and sugar before baking. I took the liberty of adding a pinch of cinnamon and the scraped seeds from a vanilla bean – I always add those two ingredients to my apple tarts. The assembled tart bakes for a good half hour. 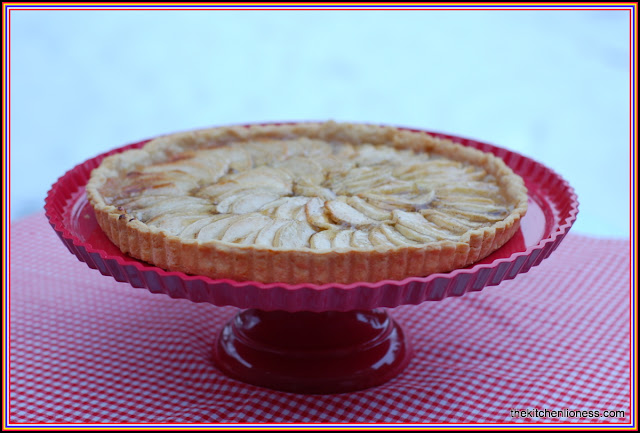 How nice to be baking a French Apple Tart today on January 22, 2013 – today is the 50th anniversary of  the signing of the Élysée Treaty on January 22, 1963. The signing marked a milestone in relations between Germany and France and established a close friendship and cooperation between these two countries that are very dear to my heart. 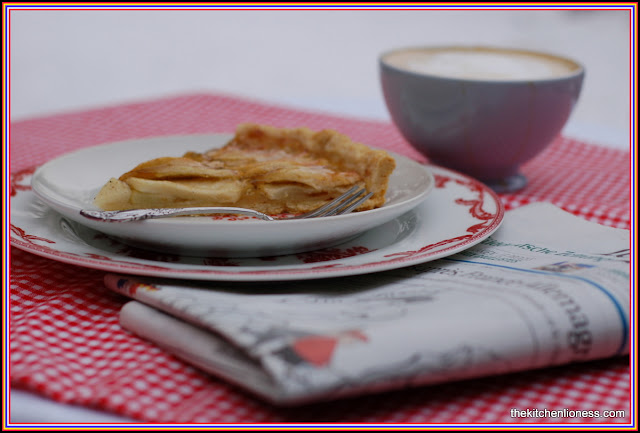 Today, the City of Berlin will become a meeting place for the parliaments and governments of the two neighboring countries. The MP´s from the French “Assemblée Nationale” (“National Assembly”) and the German “Bundestag” (“Federal Assembly”) will be coming together for a joint meeting in the Chamber. Both French President François Hollande and German Chancellor Angela Merkel will give a speech. 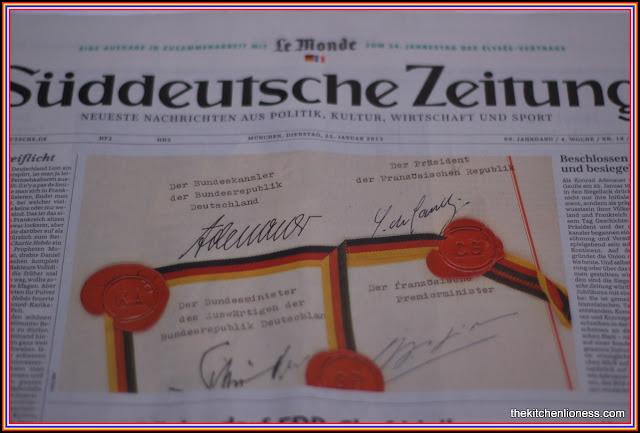 At the political ceremony in Berlin, Germany and France will commemorate the landmark signing of the Élysée Treaty and recall how their partnership began. The Treaty was signed by then French President Charles de Gaulle and then Chancellor Konrad Adenauer and placed relations between the two countries on a new footing following several wars. The Treaty became a foundation for intensive bilateral cooperation in politics, the economy, culture and society. Franco-German reconciliation and friendship also made an important contribution to European Integration which was honored when the European Union was awarded the Nobel Peace Prize in 2012. 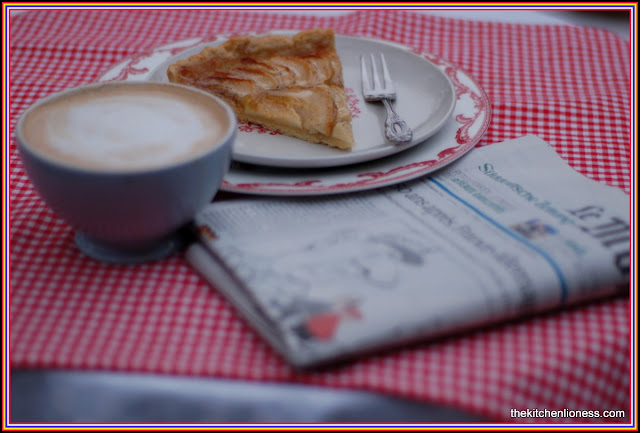 So what a better way to celebrate this special day by baking a French Apple Tart, enjoy a delicious Café au lait and read today`s newspapers that cooperated for the first time and published joined French/German and German/French editions. 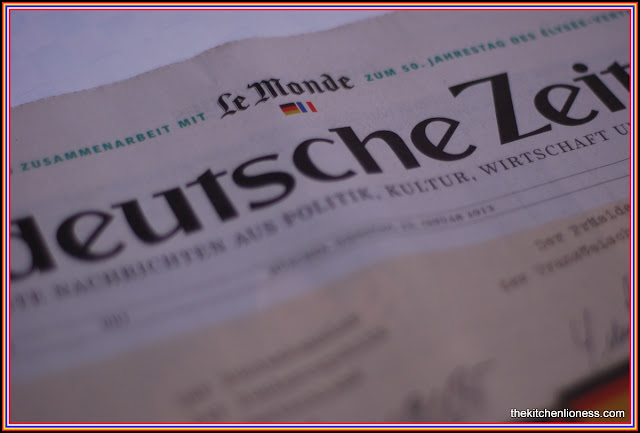 To see the other French Apple Tarts as prepared by all the other enthusiastic members of the Tuesday with Dorie group, please do click here.

The recipe can be found at Gaye´s delightful blog – Laws of the Kitchen. "Thank you for being such a gracious host, Gaye"!