Today the recipe for the French Fridays with Dorie group is Herbed-Speckled Spätzle. European pasta in its various forms is usually associated with Italy. But in the south of Germany there is a local specialty called “Spätzle”. In keeping with traditional German cuisine, this kind of pasta or rather noodle is more substantial, more filling than the Italian version. 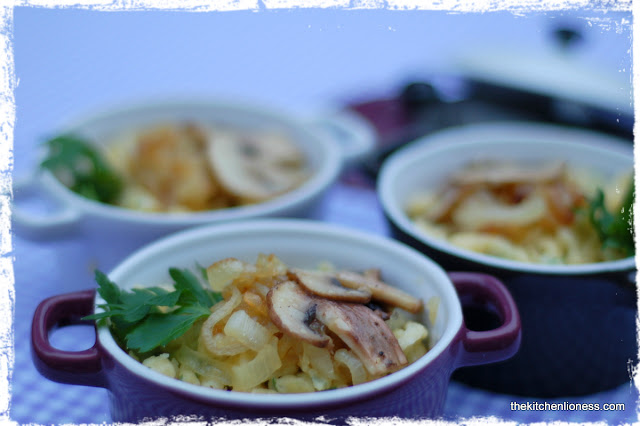 The difference between Spätzle and Italian pasta lies in the ingredients, the way they are prepared, cooked and the resulting shape. The uncooked Spätzle dough contains eggs and is therefore runnier and stickier than the Italian pasta dough which is traditionally made with only flour and water. 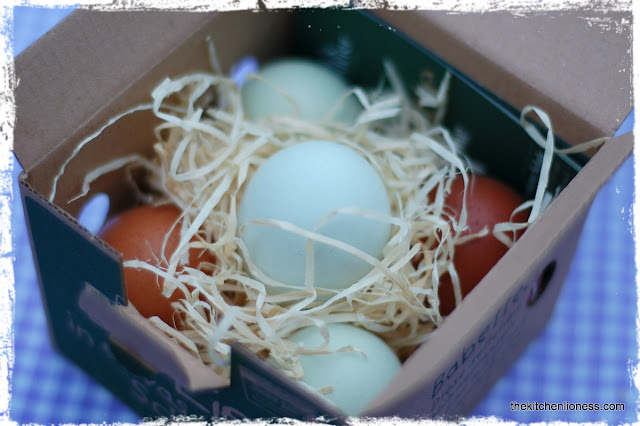 The resulting shape when cooked properly is a rough edged, curly noodle. The color is usually creamy white, tending towards a more pronounced yellow color if the proportion of eggs is increased. The rough surface improves the absorbency of the noodles, which is why they are served with plenty of sauce or gravy, forming an apt accompaniment for game, poultry, roasts or braised meat. 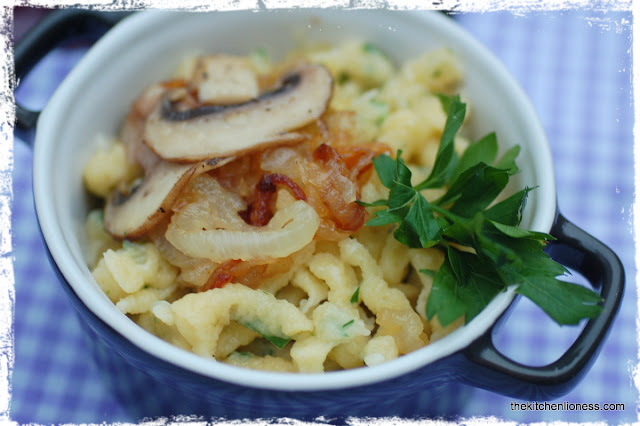 Different recipes for Spätzle can be found in the cuisines of Germany, Austria, Switzerland, Hungary, Alsace and South Tyrol. In Germany, Spätzle are largely considered a "Swabian speciality" and are generally associated with the German states of Baden-Wuerttemberg (“Baden-Württemberg”) and Bavaria (“Bayern”). The word “Spätzle” is the Swabian diminutive of “Spatz”, literally meaning "little sparrow”. 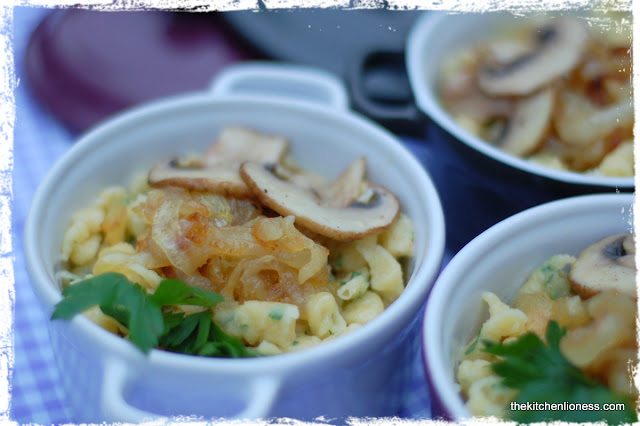 Basic Spätzle dough typically consists of very few ingredients namely, eggs, flour, and salt. Sometimes water or milk is added to produce a thinner dough. Traditionally, the Spätzle are made by scraping dough off a wooden chopping board ("Spätzlebrett") into boiling salted water where they are cooked until they rise to the surface. They are then skimmed and kept warm. 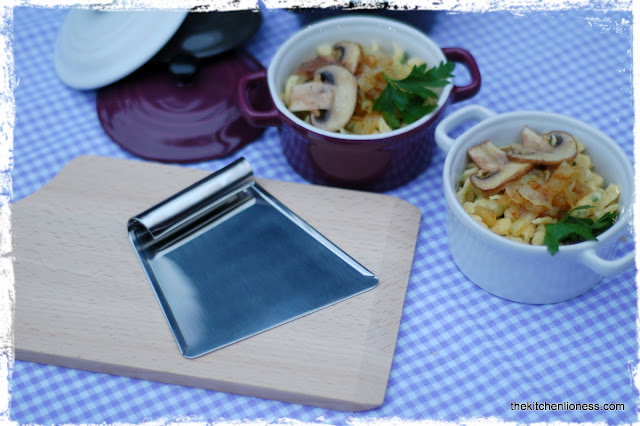 Since this traditional method requires quite some practice, a number of different devices were invented to facilitate the Spätzle making process. Some resemble a strainer/colander, or a potato ricer ("Spätzlepresse"), a food mill or a coarse grater ("Spätzlehobel"). Whichever method you choose, all of these devices still require you to drop the dough into steaming (no rolling boil but rather a soft boil) hot well-salted water.

Dorie´s  recipe calls for adding freshly chopped herbs to a basic Spätzle dough (I used chives and Italian parsley). But instead of adding the mushrooms and onions to the Spätzle and the chicken broth, I prepared them separately. It is very customary for Bavarians to sautée onions for a good thirty to sixty minutes until they turn a caramel color and then top the Spätzle with them (which is what I opted for). I pan-fried some thinly sliced baby portabella mushrooms and served them on top of the Spätzle as well. For serving the final dish, I opted for my my mini-casserole dishes and we enjoyed the Spätzle topped with caramelized onions and mushrooms with grilled pork tenderloin that I marinated in a paprika-garlic marinade for a few hours. The temperatures are so unusually mild around here that we actually took out the BBQ to grill the meat. 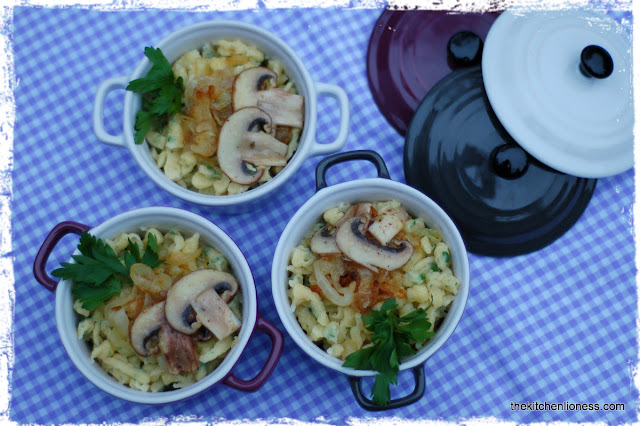 Spätzle are always, always a big hit at our house, whether I make the herbed version, the regular version, or any version whatsoever and today´s recipe was no exception.

When preparing any kind of Spätzle, just make sure to rinse off your cooking utensils immediately after cooking. First rinse with cold than with warm water, otherwise the remains of the batter “will turn into cement” as the dough becomes very sticky and difficult to remove.

When shopping for some fresh herbs, I found these wonderful organic eggs that I used for the Spätzle dough for the first time – what a delight to be using blue, green and dark brown colored eggs for making this wonderful and easy to work with soft noodle dough. 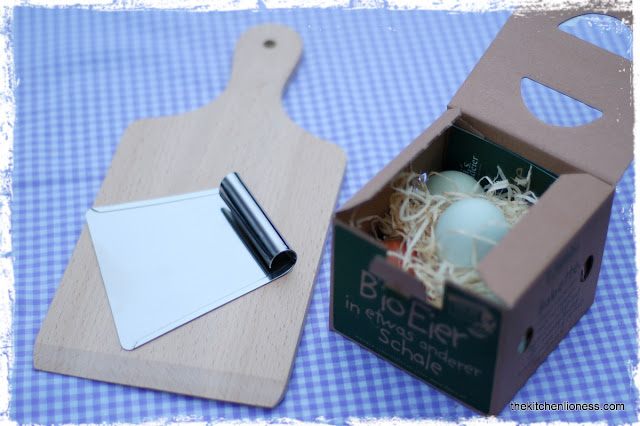 To see how delicious the Herbed-Speckled Spätzle made by the other members of the French Fridays with Dorie group turned out, please click here.