As the second recipe in my "River Cottage Veg Everyday" series, I chose the delightfully summery "New potato salad "tartare". 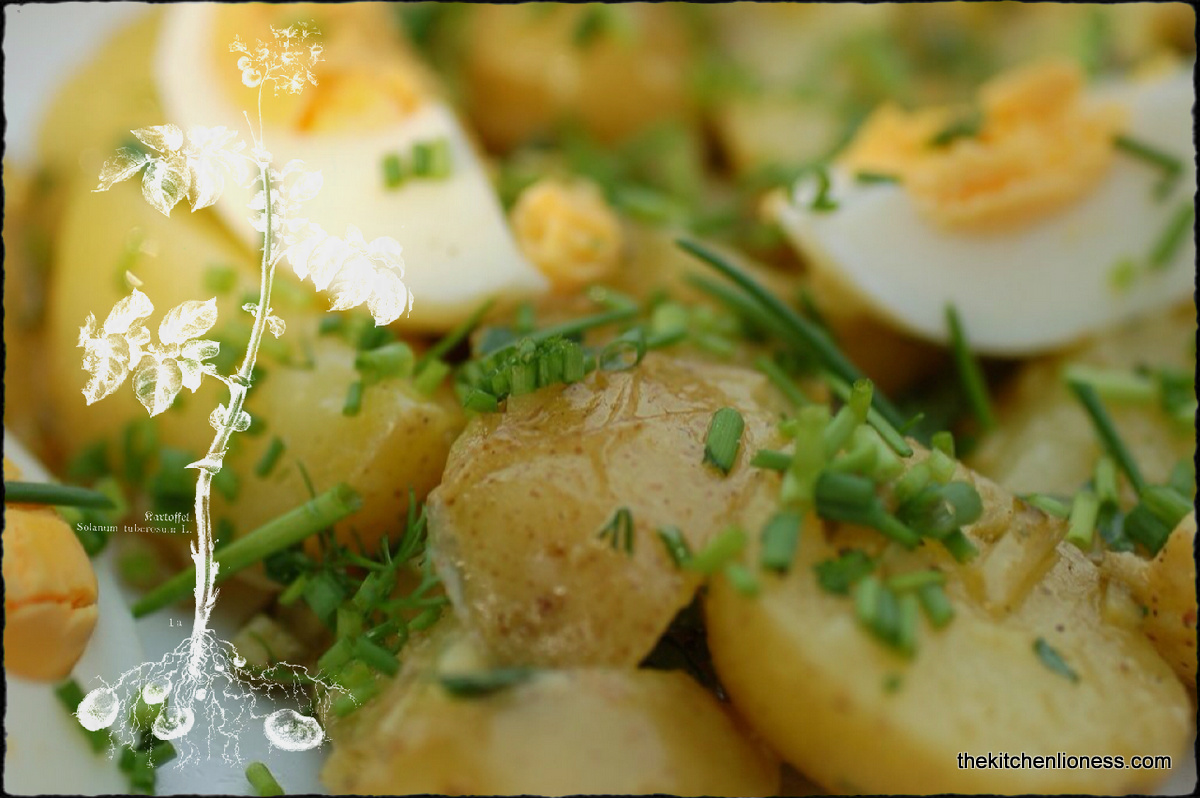 When I took a look at this recipe, I knew that the kids would really enjoy this salad because homemade tartare sauce happens to be one of their favorite sauces of all times, plus they adore potatoes and hard-boiled eggs.

Since it is almost the end of August, I found the most wonderful local "new potatoes" which are the main ingrediensts of this salad. Plus I bought lots of fresh herbs and eggs from a farm nearby.

After boiling the new potatoes with skins on, the next step is the vinaigrette which consists of cider vinegar, Dijon mustard, olive oil, sea salt and freshly ground pepper - you have to dress the potatoes while still warm. 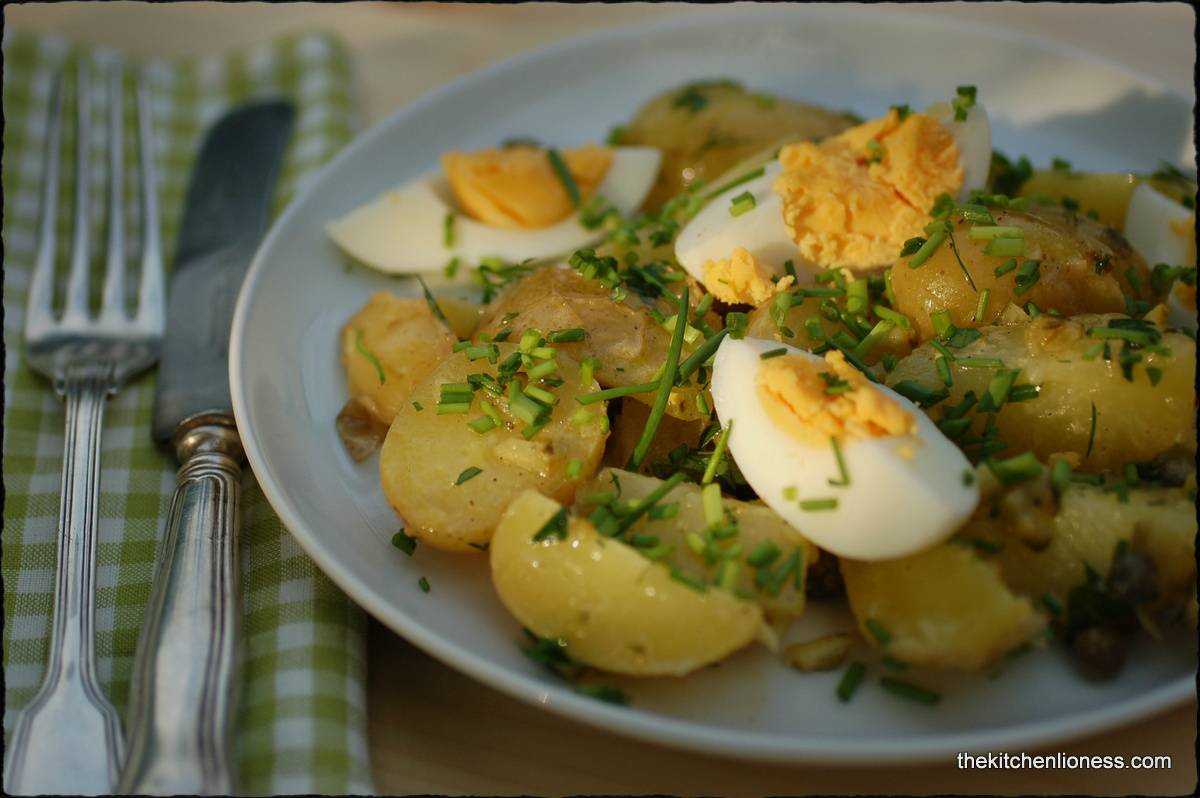 Then after the potatoes have cooled, you add some capers, gherkins, chopped dill, parsley and chives and do not forget to very gently fold in the quartered hard-boiled eggs. Done! You might want to add some more salt and pepper just before serving - potato salads always seem to need a bit more salt and pepper than other salads. 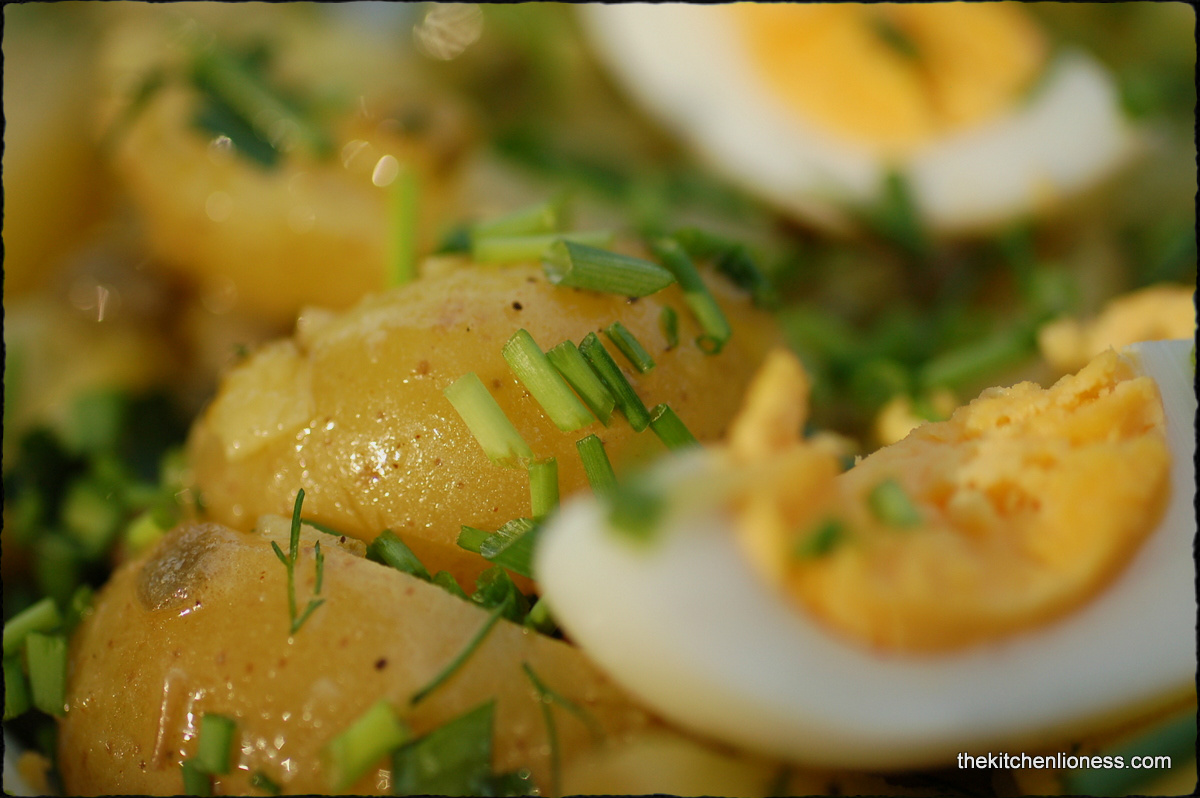 We enjoyed this "New potato salad tartare" with a few turkey sausages and as the salad disappeared before my eyes in no time, I realized that although my family really likes the German-style potato salads with a mayonnaise dressing, they also really enjoy the versions that have a vinaigrette dressing. There was no potato salad left at the end of the meal, none, although I did double the recipe.

What a wonderful recipe  - I really liked the fact that I got to use the small new potatoes that are so very flavorful at this time of year, they do indeed lend a certain earthiness to this salad that is wonderful in combination with the tangy dressing with capers and gherkins and tons of herbs. Delightful!

If you own the English edition of this vegetable cookbook, you will find the recipe on page 79.

Please take a look at the other posts from my "River Cottage Veg Everyday" series.