Today´s recipe for the French Fridays with Dorie group is “Boulevard Raspail Corn on the Cob”. 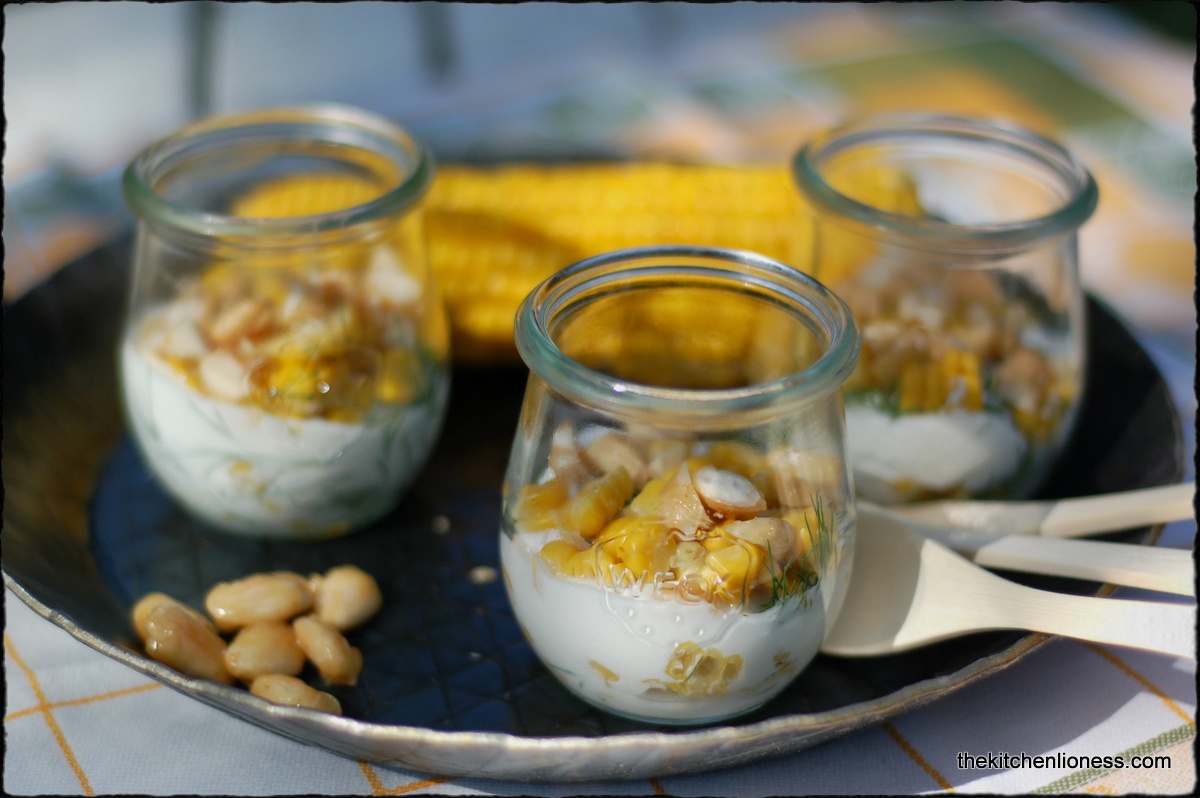 Boulevard Raspail is a boulevard in Paris, France, it was named after François-Vincent Raspail (1794–1878), a French chemist, doctor and politician. Dorie apparently frequents the Sunday organic market there when she spends time in her apartment in Paris and during one of her shopping trips came across this recipe for cooking corn on the cob which calls for baking the ears of corn  for about forty minutes in the oven (turn once after twenty minutes) in order to achieve really delicious tasting corn.

Dorie notes in her recipe that “you do not see much corn on the cob in France” – well, the same holds true for Germany, while you can find two ears of corn that have already been chucked and wrapped or even sealed in plastic (mostly already pre-cooked), it is almost impossible to find corn in the husk around here. So the question quickly turned to "how do I solve this predicament" - after begging a farmer, I was proudly carrying a basket with about eight ears of corn home and could get started with this recipe. I certainly did not want to miss another one of the recipes, especially not this one. 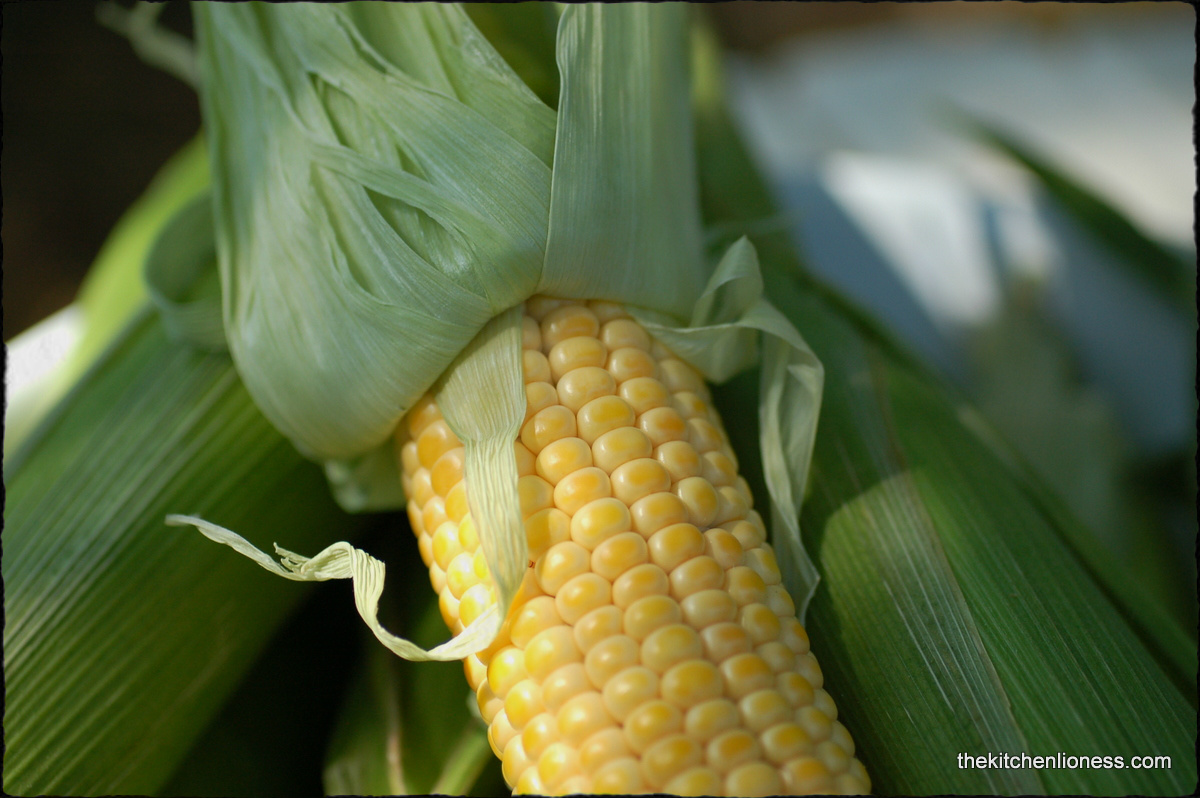 While I placed six of my loot of eight on the grill, I prepared the remaining two ears of corn the way Dorie instructs – oven, twenty minutes, turn, another twenty minutes. Done. We liked both versions.

Dorie also mentions that there is more than one way to serve corn and so I decided to have a bit of fun with the baked kernels, cut them off the husk and prepared some summery appetizers for our guests. Love those tiny Weck jars. They are perfect for entertaining. 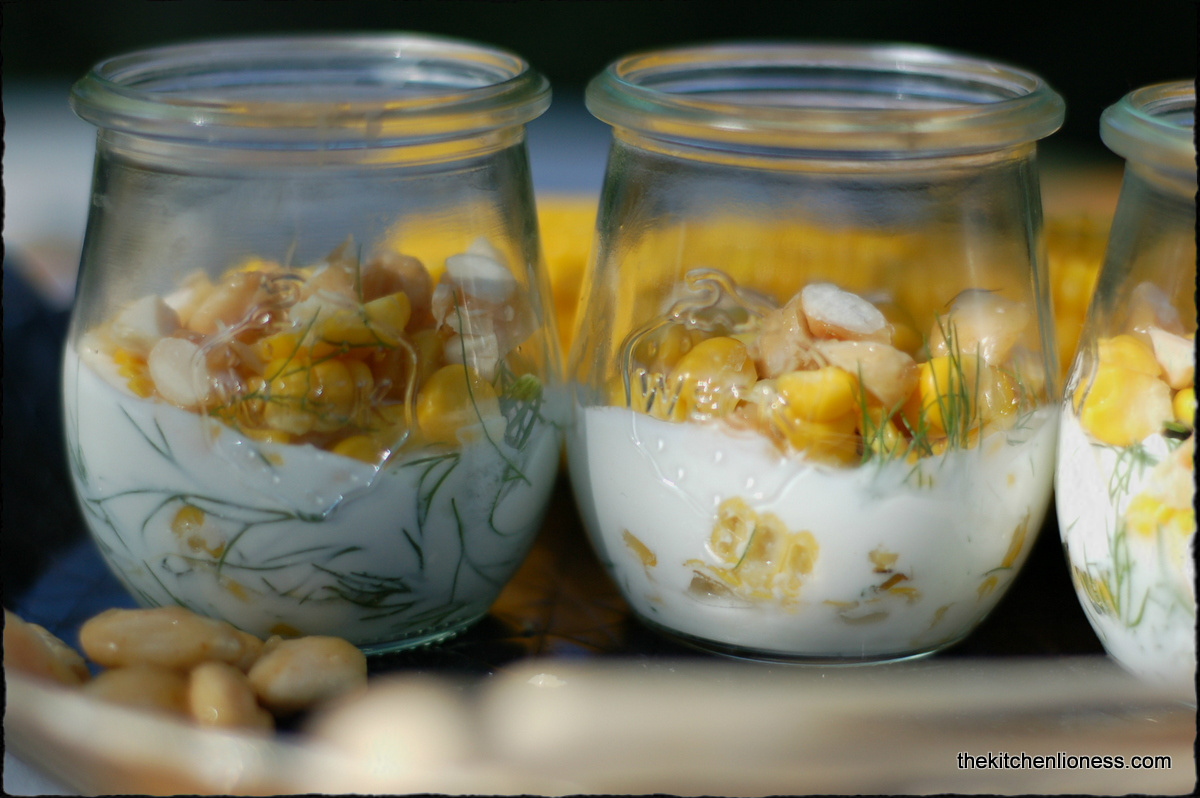 Appetizer with Boulevard Raspail Corn on the Cob

Ingredients for the Appetizer

Preparation of the Appetizer 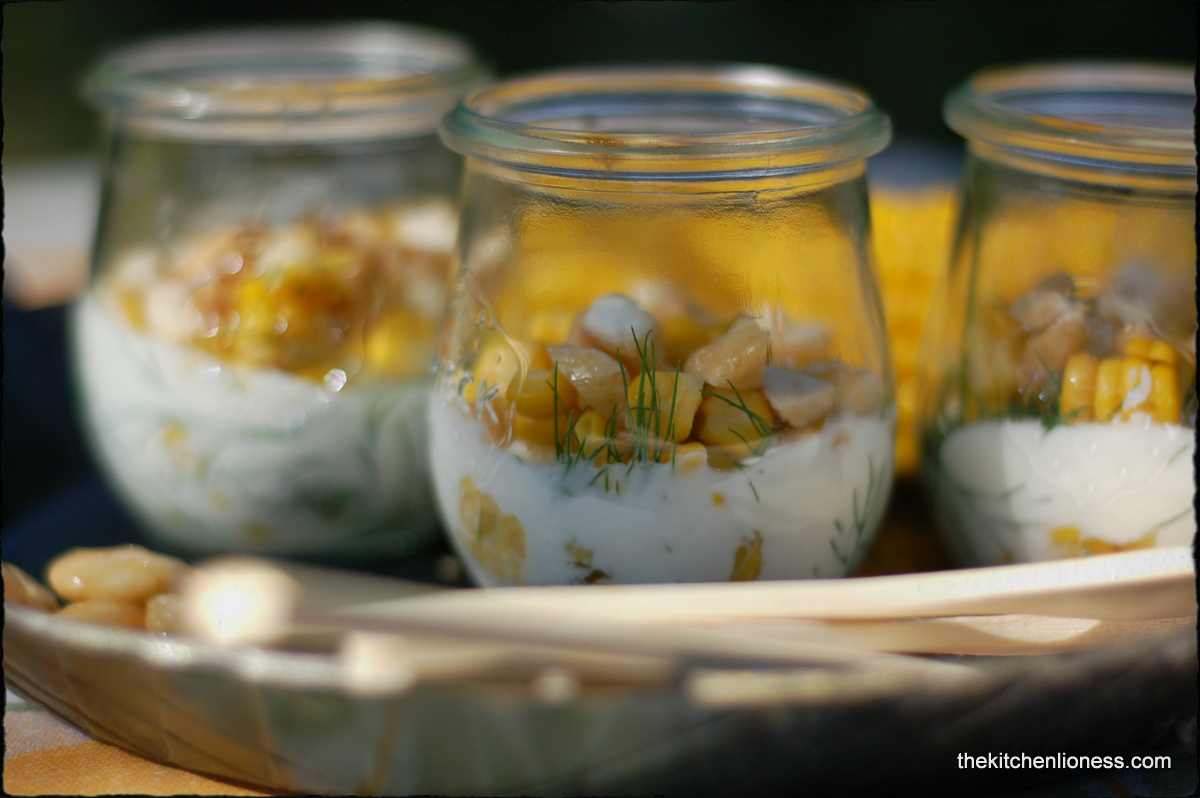 While I liked a new way to prepare corn, I am not quite sure that I want to turn on the oven for about 40 minutes in summer to prepare corn this way, but, again, I always love to learn something new and I took the liberty (again) to play around with this recipe a bit. Considering the fact that the appetizers were well-received and the time it took to find a few ears of corn in the husk, I do not think that Dorie would mind.

If you are interested in more Boulevard Raspail Corn on the Cob as it was prepared and interpreted by my fellow members of the French Fridays with Dorie group, please click here.