Today we have the „Lemon, Lentil and Tuna Salad“ on the recipe schedule for the French Fridays with Dorie group. This lentil salad is light and fresh and a perfect dish for spring and summer. 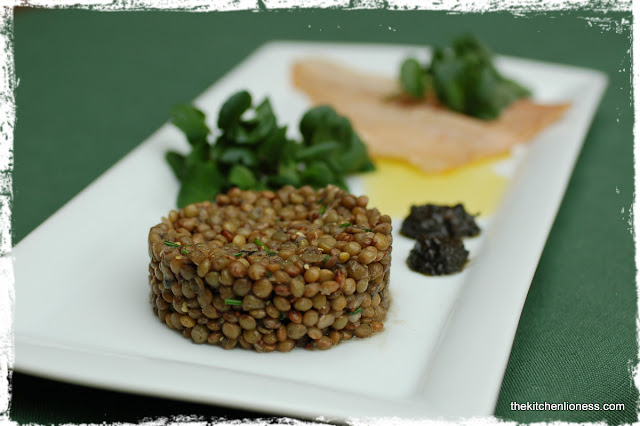 The main stars of this salad are the “lentils du Puy”, French green lentils, known in France as poor man's caviar. The particularity of these lentils is that they are all grown in Auvergne, a rugged mountainous region in the south of France. Because they are designated by an AOC (“appellation d'origine controlee”), only lentils grown near Puy-en-Velay can be labeled as Puy lentils. The word “puy” refers to an isolated volcanic hill. When looking at the Auvergne landscape, you will will notice quite a few of these “puys”. 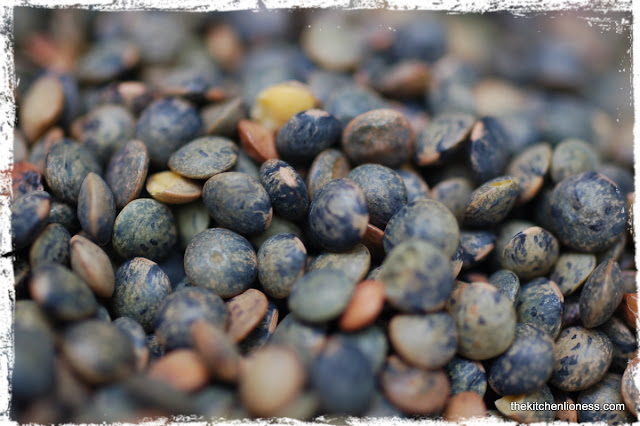 The first task in preparing this salad is to cook the green lentils. You can do so either by preparing them according to the package instructions or by following Dorie`s basic lentil recipe in her book. I chose to take the latter route. To prepare the lentils according to Dorie´s recipe, first you briefly cook the lentils in water, then you rise them and cook again in chicken broth to which you add an onion, garlic, carrot, celery and a bay leaf. This step is necessary in order to infuse the lentils with even more flavor. 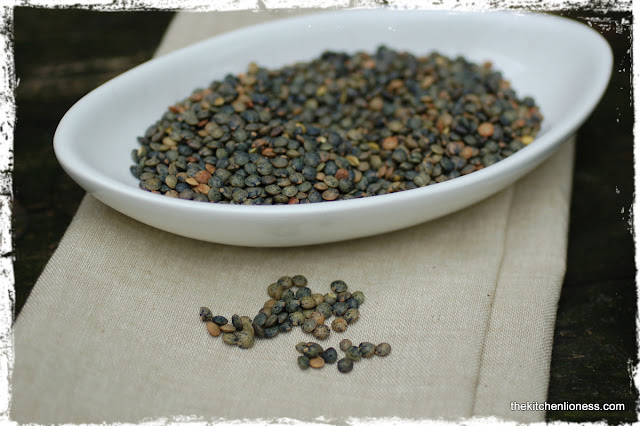 While the lentils were cooking, I prepared the “black olive tapenade” with olives, lemon zest, rosemary, thyme, piment d`esplette, parmesan and some good olive oil (just following Dorie´s recipe for tapenade). Then it was on to the salad dressing. I used some of the tapenade that I had just prepared, grainy French mustard, red wine vinegar, walnut oil and only a bit of olive oil, lemon juice (instead of the preserved lemon) and chives (instead of the scallions)., plus salt and pepper, of course. After carefully mixing the dressing with the lentils, I refrigerated the salad for a couple of hours before serving. This step gives the different flavors a chance to develop even further. 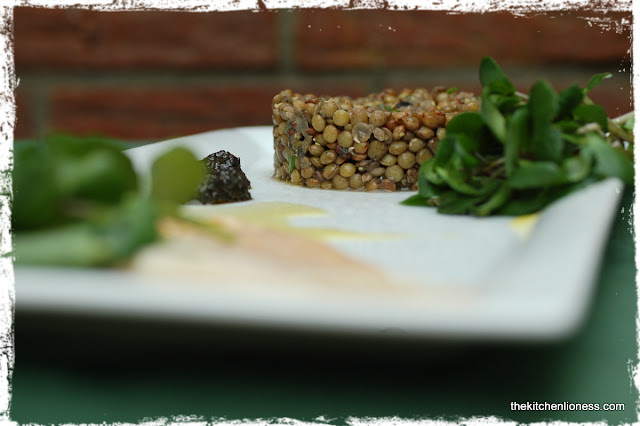 I also baked a few rosemary flatbreads, I love this recipe from the July 2008 issue of Gourmet magazine – it is so easy to prepare. The crisp flatbread was wonderful with the lentil salad and  with some of the leftover tapenade that I served alongside the lentil salad. 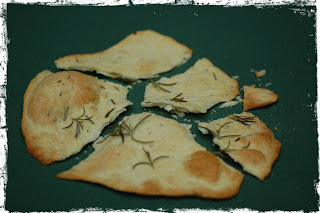 1. Preheat the oven to 450°F with a heavy baking sheet on a rack in the middle of the oven.

2. Stir together the flour, chopped rosemary, baking powder, and salt in a medium bowl. Make a well in the center, then add the water and the oil and gradually stir into the flour with a wooden spoon until a dough forms. Knead the dough gently on a work surface four or five times.

3. Divide the dough into three pieces and roll out one piece (keep the remaining two pieces covered with some plastic wrap) on a sheet of parchment paper into a ten-inch round (please note that the shape of the dough can be rustic and that the dough should be rather thin).

4. Lightly brush the top of the rolled-out dough with some additional oil and scatter a few small clusters of rosemary leaves on top, pressing in slightly. Sprinkle with some sea salt. Slide the dough round (still on parchment) onto the preheated baking sheet and bake until pale golden and browned in spots, 8 to 10 minutes. Transfer the baked flatbread (discard the parchment) to a rack to cool, then make two more rounds (one at a time) on fresh parchment.

5. Break into pieces or leave it whole and serve. 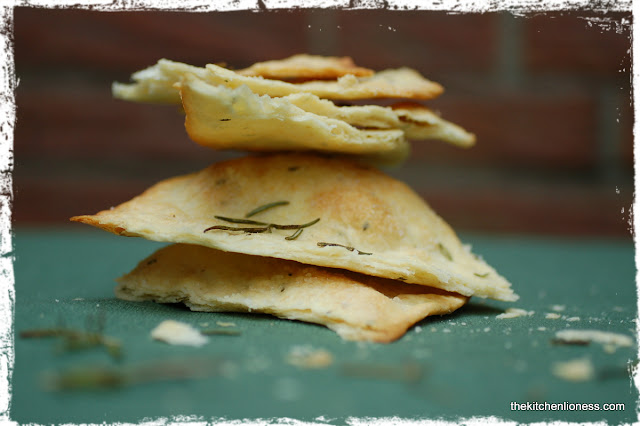 To serve the salad, I chose to replace the tuna with smoked trout – personal preference. And I put some fresh watercress on the plates, which went amazingly well with the lentil salad.

Everyone loved this dish. The salad has a wonderful mediterranean taste to it (might be different if you add the preserved lemons) it is so easy to put together and it could be used either as an entrée or as a main course. It is nice to serve flatbread, the remaining tapenade, a few drops of walnut oil and watercress alongside this dish. But, of course, it could be served in numerous different wonderful ways too. Whichever way you chose to serve it, I am sure I will be delicious. Thanks Dorie for another wonderful recipe! 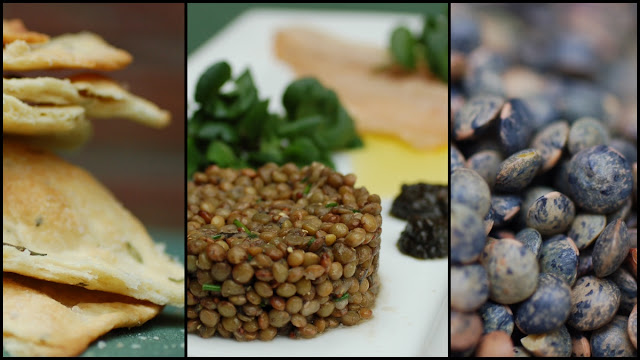 To see how the other Doristas prepared the Lemon, Lentil and Tuna Salad, please click here.