Today I am starting a new project or rather series  - recipe by recipe, I am cooking and learning my way through a wonderful vegetable cookbook written in 2011 by Hugh Fearnley-Whittingstall.

Hugh Fearnley-Whittingstall is a welll-known British chef, TV personality, journalist, food writer and "real food" campaigner, known for his "back-to-basics philosophy". He is best known for hosting the River Cottage series, in which audiences observe his efforts to become a "self-reliant, downshifted farmer in rural England", his aim is to feed himself, his family and friends with locally produced and sourced fruits, vegetables, fish, eggs and meat. 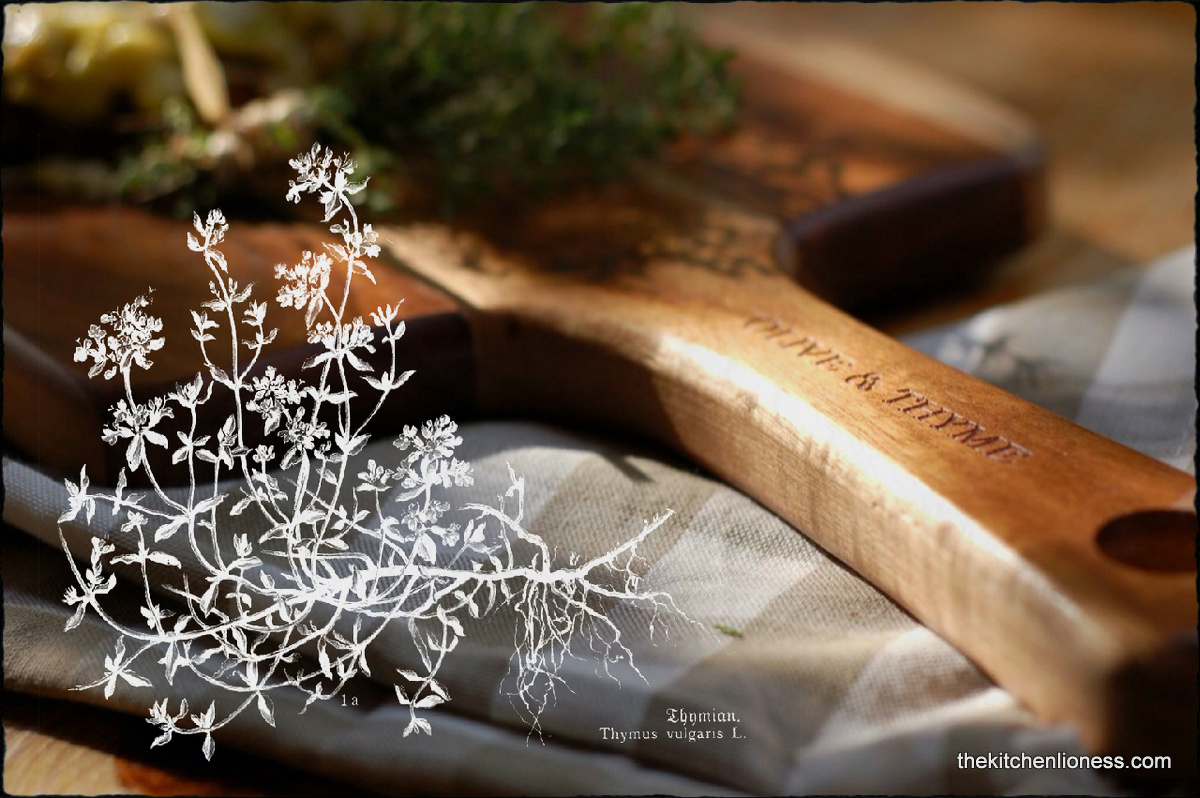 For the first week of my somewhat ambitious project, I chose three recipes and I am starting today with "Leek and cheese toastie". I will try to prepare at least three recipes a week and post them either separately (like this week) or all together in one post - this will depend on the time available.

While I cook my way through this wonderful book, I will still post for the groups that I have participated in for over a year now and I will also still bake lots of European treats, just as I have been doing for the last year and a half now.

This series is meant to be an additional project aimed at cooking more vegetable dishes, learning new ways to prepare tasty and healthy dishes and share them with family and friends. 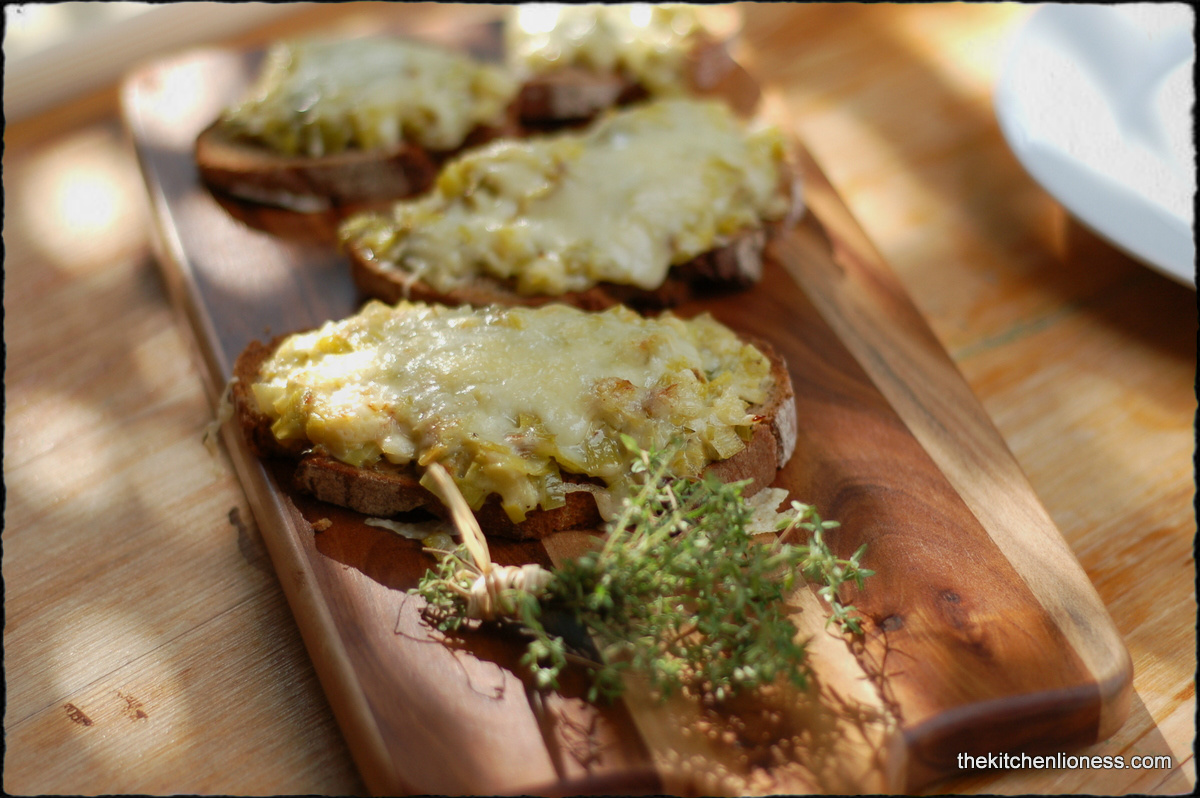 I will make an effort to use as much local, regional, organic and also seasonal produce as is resonably possible. However, for copyright reasons, I will not publish the recipes - maybe I can encourage you to buy this book and cook along with me - I certainly would not mind some friendly company!!!

When Hugh Fearnley-Whittingstall notes that this recipe for Leek and cheese toastie is "perhaps the simplest and most mid-week-friendly" of all his "leek-based cheesy toast toppings" - he is right.

The delicious and easy topping consists of but a few ingredients, namely some good quality butter, sliced fresh leeks and fragrant thyme - cook gently for about 10 to 15 minutes and then all that is left to do is to stir in some double cream, simmer some more, fold in some grated cheese such as Cheddar, add salt and freshly ground pepper to taste, then toast a few slices of sourdough bread (or other bread that you prefer), spread with the still warm topping and top with more cheese, then grill until golden - pure midweek deliciousness if you ask my family and me! 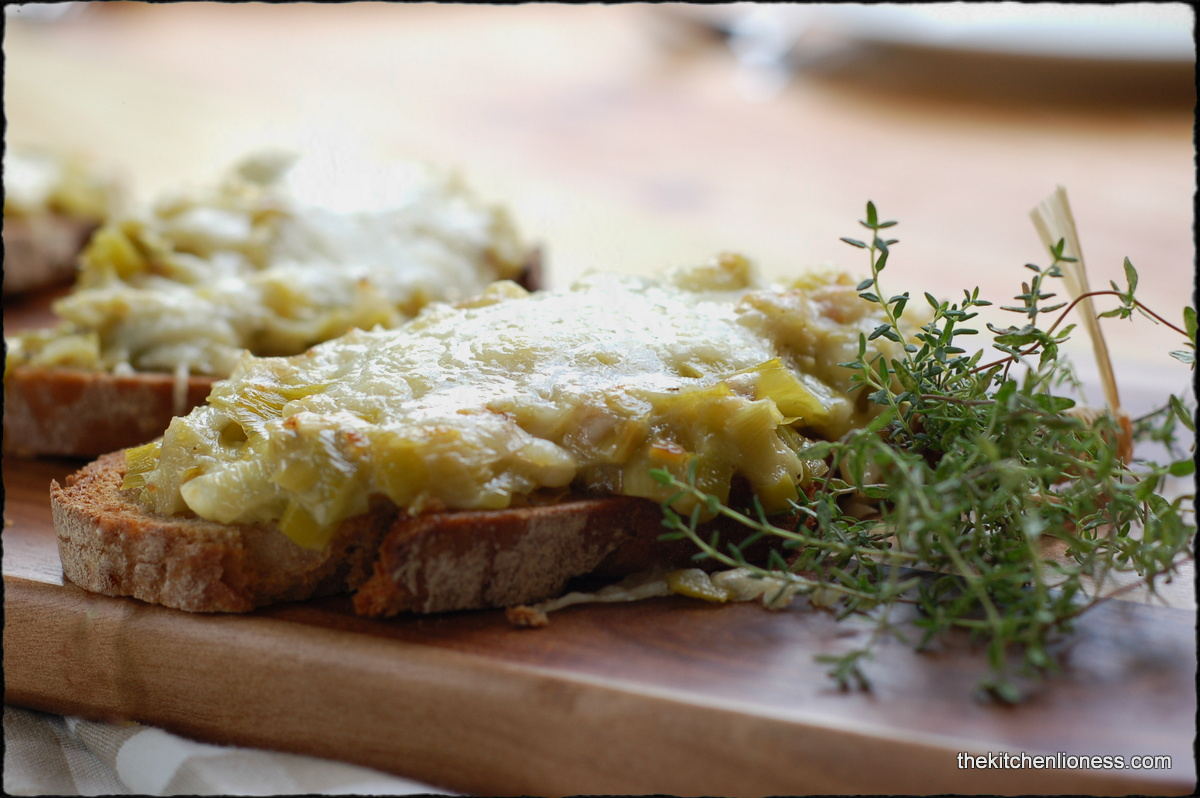 Thyme grows in my garden, fresh leeks can be easily found locally, the bread is from my favorite baker nearby and the cheese I used was Emmenthal. We were all more than pleased with this first vegetable recipe from the book and are looking forward to tomorrow´s recipe.

For those of you who own this book, the recipe can be found on page 202 of the English edition.

Please take a look at the other posts from my "River Cottage Veg Everyday" series.