Today´s recipe for the Tuesdays with Dorie group is Eastern Mediterranean Pizzas by contributing bakers Jeffrey Alford and Naomi Duguid. 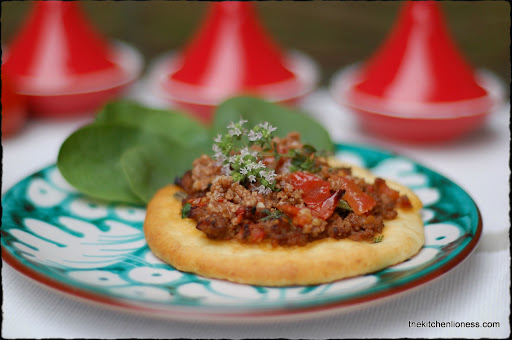 This unusual pizza has a pita bread dough base and a topping that consists of shallots (I used red onions), garlic, ground lamb, plum tomatoes, salt and pepper and the warm spices cinnamon and allspice. The first task is the pita bread dough with dry active yeast, water, whole wheat flour, salt, olive oil and all-purpose flour. Pita bread is an oval-shaped Middle Eastern flat bread. It can be opened up to form a pocket which can be stuffed with a variety of fillings or it can be served alongside main dishes or cut into wedges and used to dip in mezze dishes such as babaganoush and hummus. But in this recipe it is used as the base for the pizza. 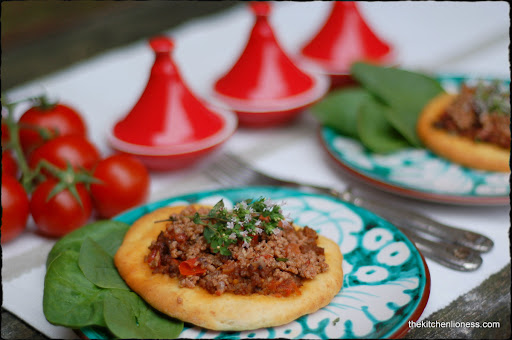 I tried two versions of the pita dough, I made the first batch with all wheat flour and the second batch with all whole wheat flour – since I bought quite a bit of flour at my local artisanal flour mill a few days, I was anxious to use some of it for these mini pizzas with the intriguing topping. We liked both versions and this recipe is certainly easy to work with and versatile enough that you can vary the flour that you use. 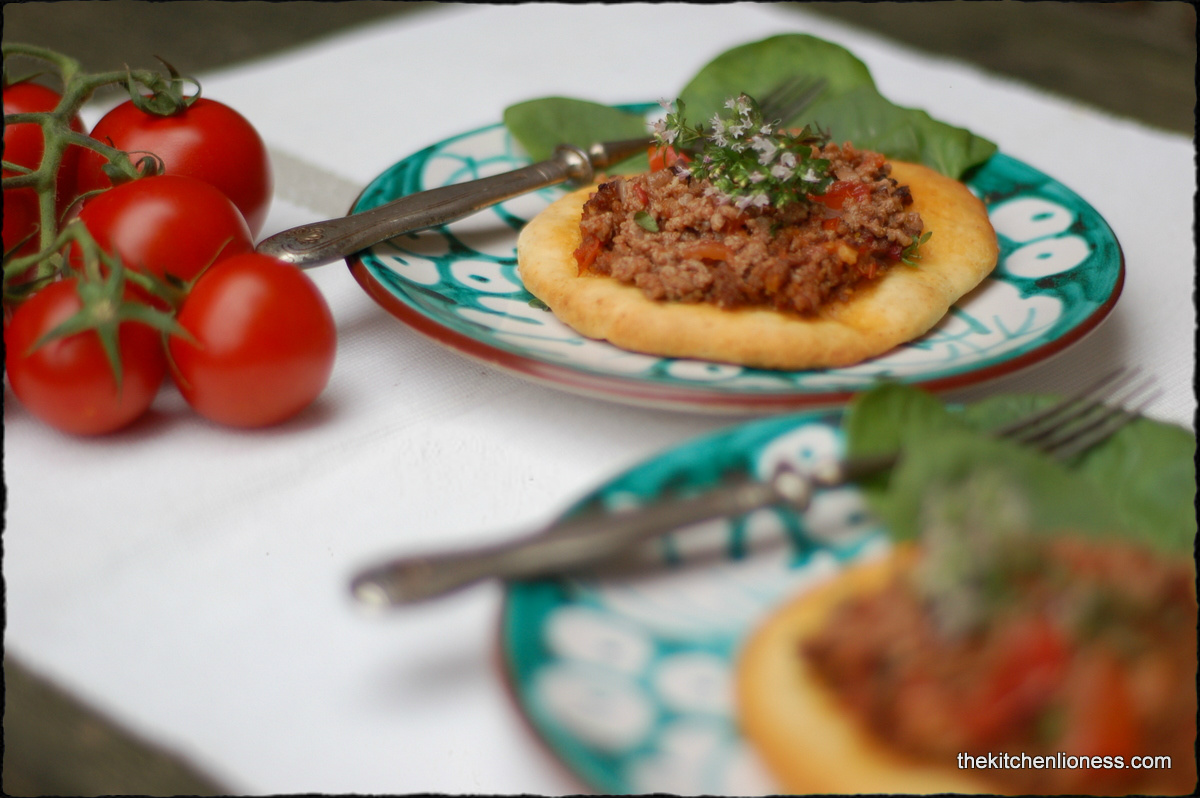 The topping for the mini pizzas was quite a success at our house – I added rather generous amounts of the ground lamb mixture on top of the pita rounds but considering that eight people were standing in line with their plates in hand after a long day at the swimming pool, I did not think twice and piled on the topping. We like lamb at our house and I did not hesitate to use it for the topping today. For serving, I added some baby spinach leaves to the plate and some marjoram flowers from the herb garden.

Since they were such an incredible success at our house and since I have tons of the wonderful flour left, I will certainly make this recipe again soon.

To see what the other members of the Tuesdays with Dorie group thought about this recipe, please click here.

For more information about the flours from the local flour mill called "Broicher Mühle", please visit the following website at http://www.muehle-bedorf.de