Elderflower Fritters - A Tribute to my Grandmother

I have been wanting to write about my grandmother for quite some time now. She and my grandfather used to live about three hundred kilometers from where I lived back then and where I live now with my family. My grandparents used to live in a rural community, we live in the city but would love to live in the country. They owned a red brick house with a great big vegetable garden and in addition to all the vegetables and fruits that my grandmother had planted and always faithfully tended to, there was a huge elderberry shrub  growing in one of the corners of her wonderful garden. Although we have neither really found the time nor   had the patience to plant a vegetable garden, thankfully, there is a large elderberry shrub growing in our garden. 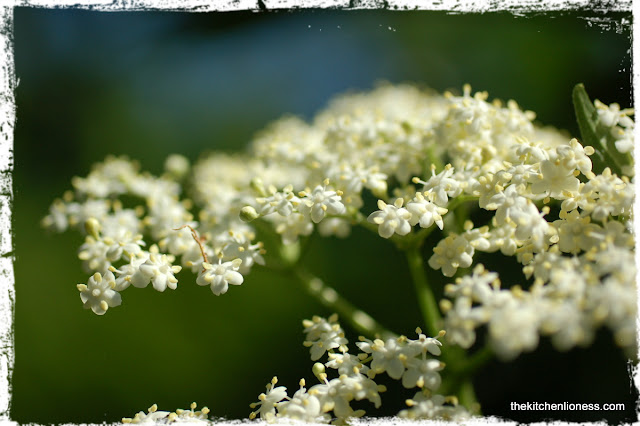 My two sisters and I usually spent three weeks during the summer at my grandparents` house. Sometimes we would even stay for a week or two in fall or around Easter time. I have nothing but fond memories of all the times that we stayed at that house. My grandmother grew up with twelve sisters and brothers. She, on the other hand, had two children, my father and my aunt. My grandmother was incredibly hard working, even as a very young girl. 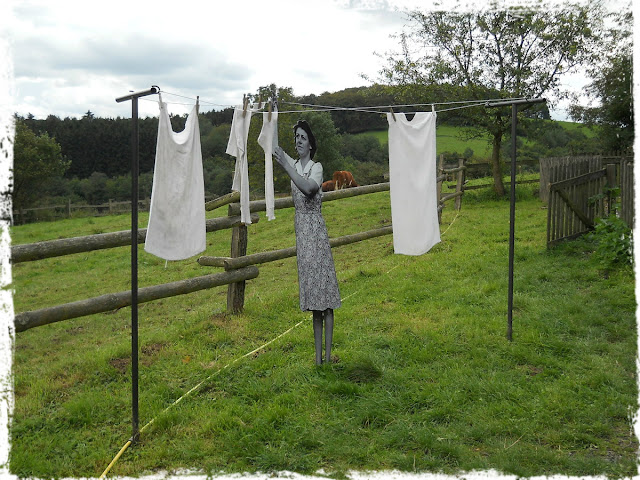 When my great-grandparents considered her "to be old enough", they sent her off to the Netherlands, to another family with lots of children, so that, according to my great-grandmother, her daughter would “learn how to cook and how to ran a proper household” - I believe she could have learned a lot at home as well, but sending her away for a few years probably meant much more than just that... 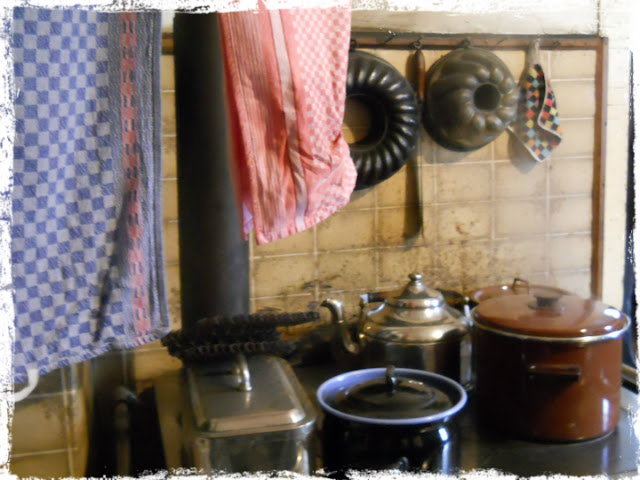 By the time my grandmother was allowed to return home, she had become a wonderful cook, having dutifully studied the recipes in those vintage cookbooks that were the only resources available back then. 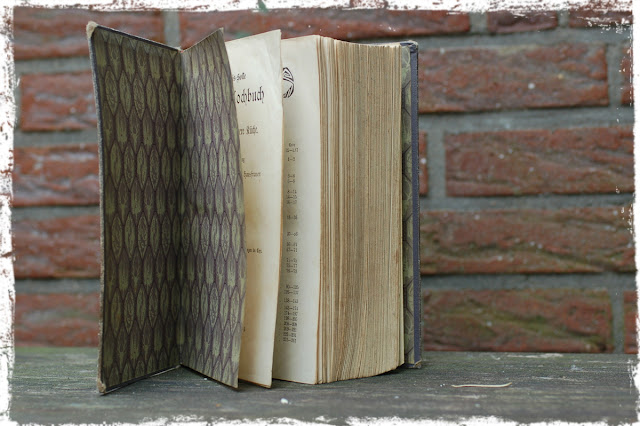 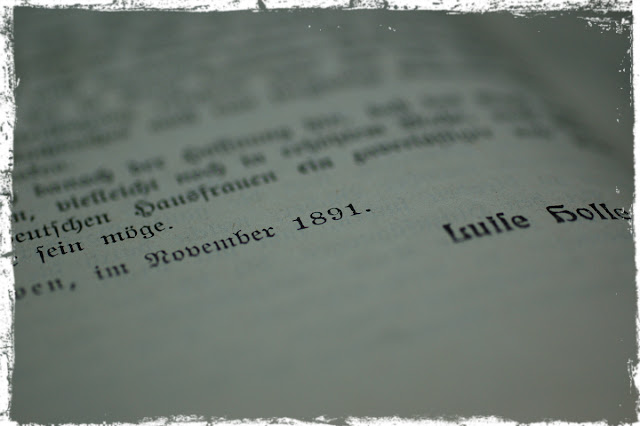 She baked her own breads and rolls and lots of waffles – I do not remember her baking cakes, though. She  made juice and then filled her homemade juice (such as elderberry juice) into glass bottles. She canned huge amounts of green beans, red beets and other vegetables from her garden. 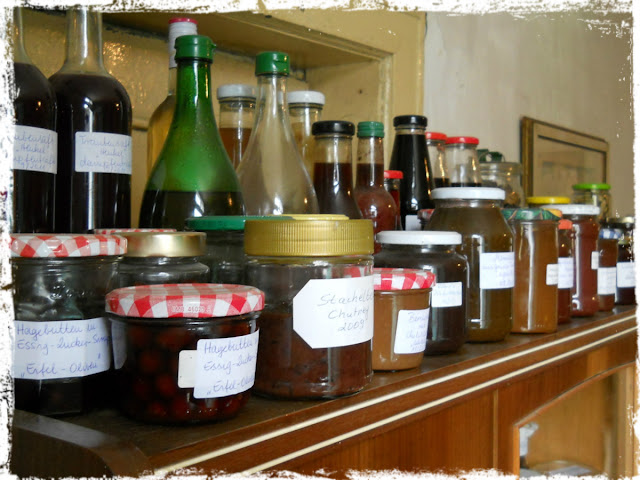 She picked the sweet cheeries from her cherry tree and canned them too. Then she would line all those bottles and jars up on these old but sturdy looking wooden shelves in the cool basement – canning time was a huge event at her house, steam everywhere and at the end of a long day or two spent doing nothing but juicing and canning, my hard working grandmother always emerged from the steam, relieved and proud. To this day, I cannot walk past those canning jars in a store (or in my basement) without thinking of her. 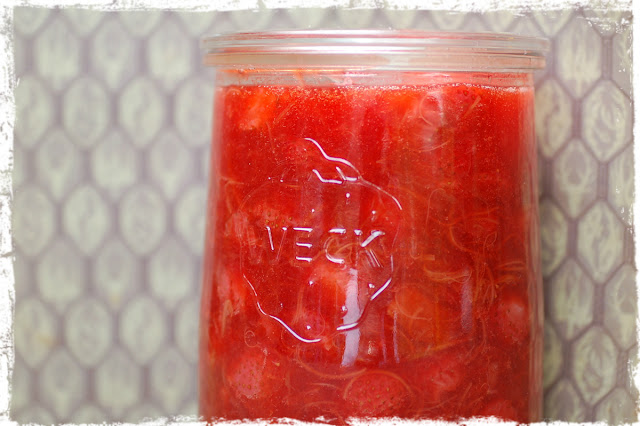 When I think of her, I cannot believe that I do not have one, not even a single one of her original recipes. No one seems to have taken any notes. I guess, no one was interested back then. 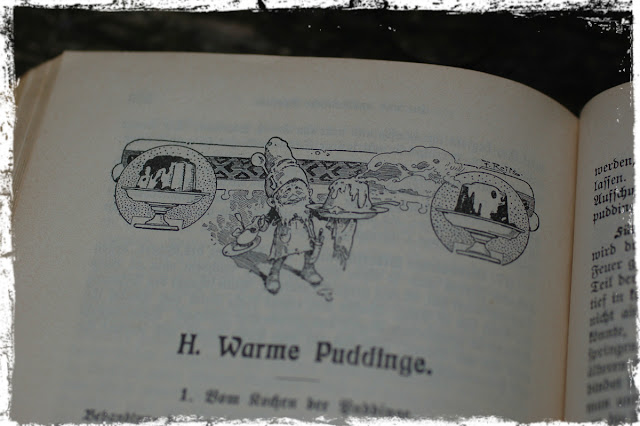 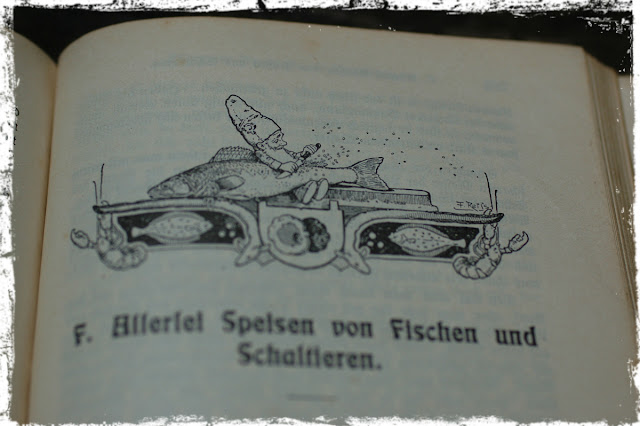 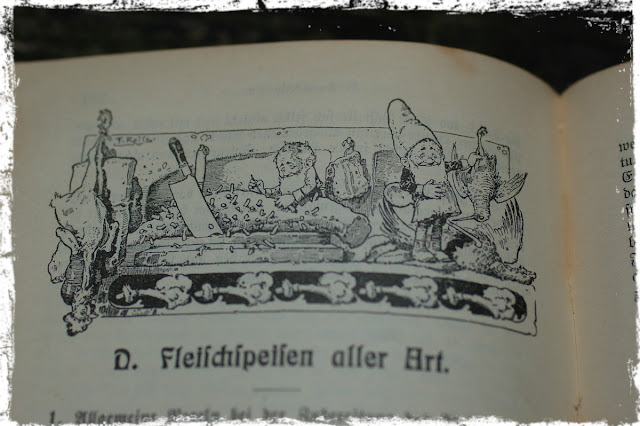 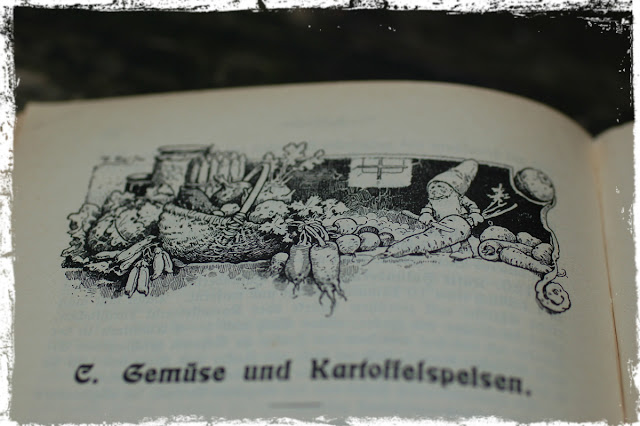 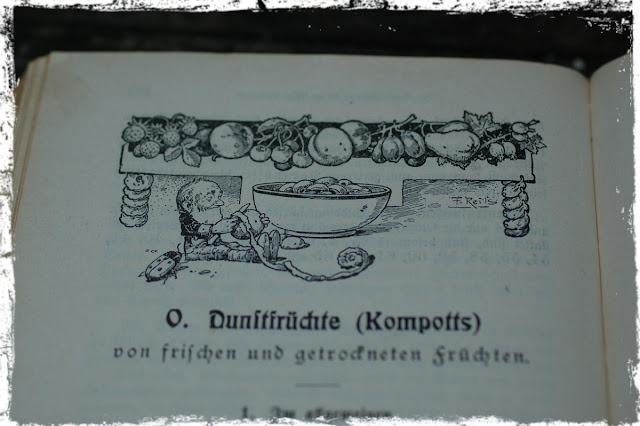 A few years ago we decided to take our children to the very house that my grandparents used to own. I had not seen it in a long long time – the garden was still there, the trees and the elderberry shrug too, although it is not a shrug anymore but rather a tree. The present owner runs a music store from the house, the house looked different but it also still looked the same. 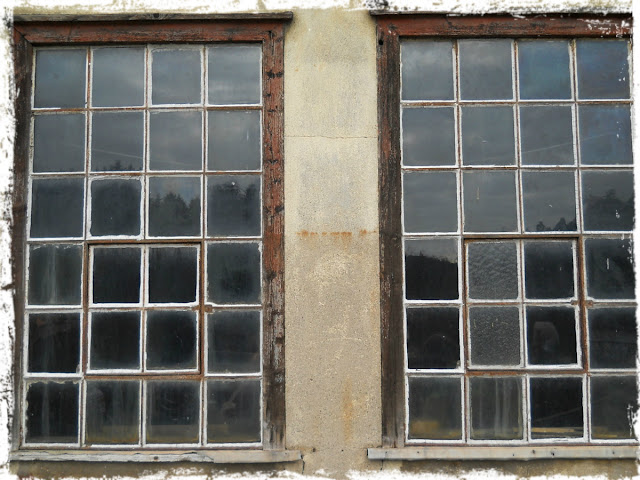 During our trip we talked a lot about how absolutely happy and safe I always felt when I was around my grandparents. When I was pregnant with my first child, I was convinced that it was going to be a girl, a girl that would be named after my grandmother, her great-grandmother. It turned out that I had to be a bit more patient than I had thought and that I had to wait a few years more before I was able to pass on that very name, Klara. Our daughter Klara turned eleven in May. 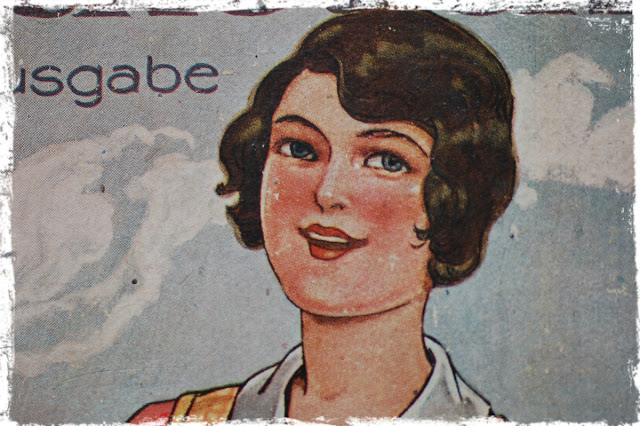 So in honor of my grandmother Klara, I am posting a recipe for Elderflower Fritters – while I do not own the original recipe she used, I found an old recipe. I am sure she would have liked it, my food memories tell me that my Elderflower Fritters taste like or very similar to the ones grandma Klara used to prepare once a year. I made this recipe yesterday and everyone liked the fritters quite a bit. Writing about my grandma and trying to find a recipe that would do her cooking skills justice gave me the chance to take a trip down memory lane, again. I am endlessly grateful for all those memories... 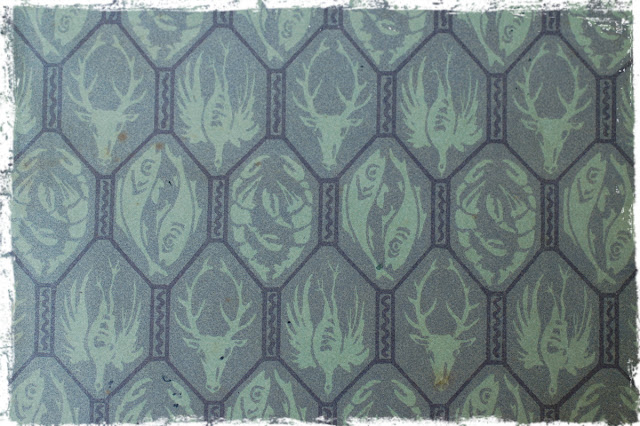 Sources:
Some of the photos were taken by my at the Open-Air Museum in Lindlar, Germany
( http://www.freilichtmuseum-lindlar.lvr.de)
Cookbook: Henriette Davidis, "Praktisches Kochbuch" - "Practical Guide to Cooking" (1906 and 1924 editions - part of my vintage cookbook collection)
Canning glass: "Weck" (http://www.weck-glas.de) 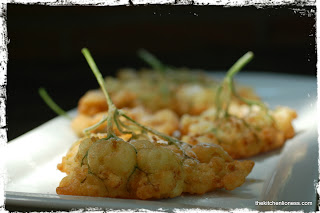 Whisk the flour, baking powder, salt, egg and mineral water together until smooth and set aside for 30 minutes (at room temperature).
Heat the oil in a deep fat fryer to 180° C (
Using a pair of kitchen scissors, snip the elderflowers into individual florets, or leave the florets whole, leaving on as much stem as possible. Clean off any dirt or tiny critters.
Dip the florets into the batter and drop into the hot oil. Cook for 1-2 minutes, until golden brown. Remove and drain on kitchen paper.
Dust with confectioners´ sugar and enjoy while still warm.

Serve with just the dusting of sugar or serve alongside fruit or compote (like the strawberry/rhubarb compote I prepared and filled into a large Weck jar without having to use a rubber ring since we ate it right away). 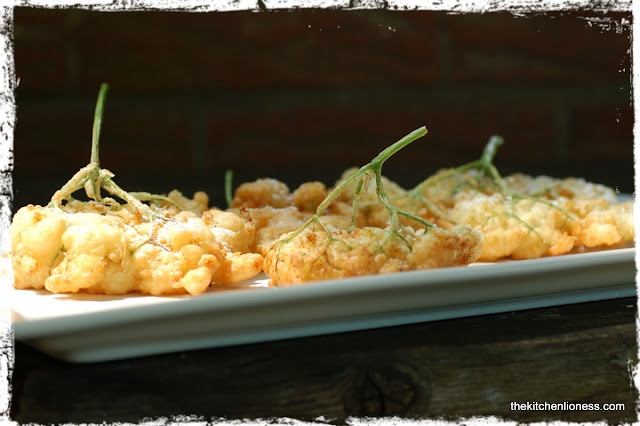 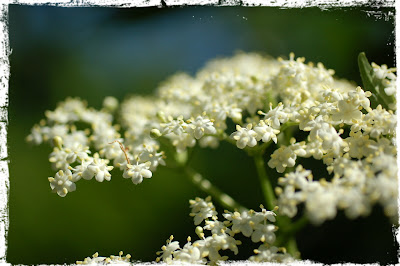