Today's recipe for the Baking with Dorie group is Oasis Naan.

The recipe for this round-shaped, leavened, oven-baked flatbread of Persian origin was contributed by Jeffrey Alford and Naomi Duguid. 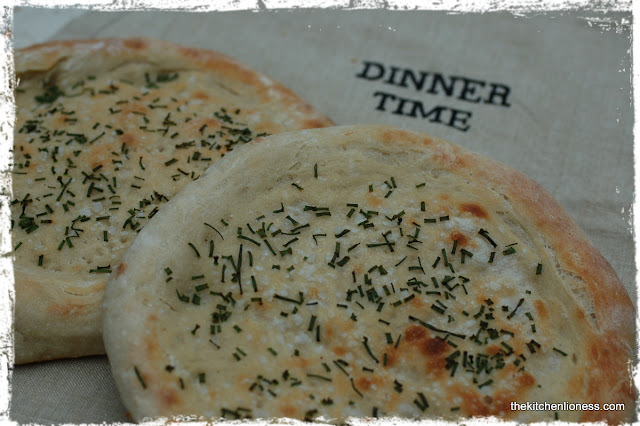 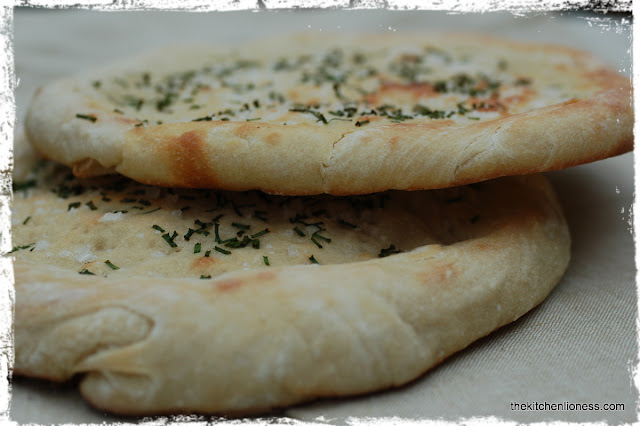 The basic dough for the Oasis Naan in Dorie´s book is the same basic dough as for the Persian Naan (the recipes for both these flatbreads are from the same contributing bakers). The only ingredients required for the dough are tepid water, yeast, flour and salt. After about a two hour rest, the dough for the Oasis Naan gets formed into rounds, the centers have to be flattened, docked well and vigorously, and then sprinkled with coarse salt, chopped scallions, and a pinch of cumin or caraway seeds. This is where I strayed from the recipe in Dorie's book, instead of scallions I used chopped fresh chives from the garden and I skipped the spices - my taste testers do not like these spices all that much. 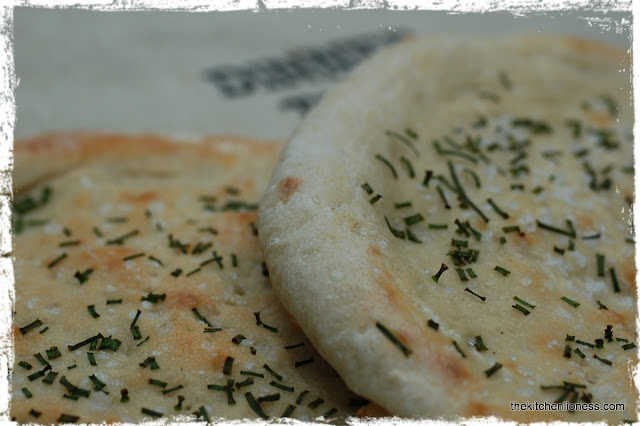 This is an easy and interesting bread to prepare. The texture of the Naan was flaky and crispy on the outside but the bread itself was soft and fluffy inside and although I prepared it without the spices and subbed the chives for the scallions, it still was delicious.

Our hosts for today's recipe are Maggie of Always Add More Butter and Phyl of Of Cabbages and King Cakes - a big Thank You to both our gravious hosts!

To see how the other Doristas prepared the Oasis Naan, please click here.